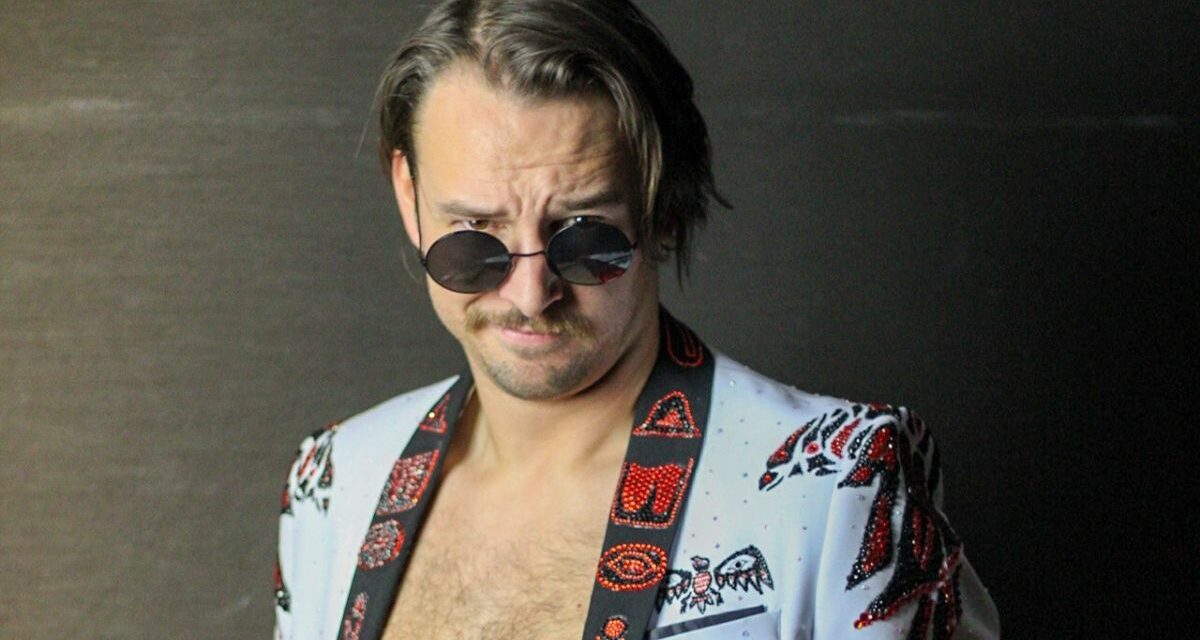 There are four stages of metamorphosis that need to occur for a caterpillar to transform into a butterfly. The egg, the larvae, the pupa and finally the butterfly – but it’s not just as simple waking up one day and growing wings. It can be a long process fraught with uncertainty, awkwardness and challenges – in other words, a little like superstardom in the world of pro wrestling.

New Westminster-based wrestler Adam Ryder didn’t just hatch and become The Haida Heartthrob – it took over a decade of learning and honing his craft, perfecting his style in the ring and gaining both the experience and confidence to shine.

The Storm Wrestling Academy-trained competitor debuted back in 2009 and paid his dues traveling thousands of kilometers from his then-home in Prince George to the biggest shows in cities in Alberta and British Columbia.

He eventually took on the “Hurricane” nickname and established himself as a strong wrestler in those areas. Prior to the pandemic, he was known as Adam “Moustache” Ryder and took more of an adult turn.

Both previous monikers were successful, but Ryder felt he wanted to incorporate more of who he really is and brainstormed as the wrestling business went down for the count during COVID-19.

When he finally returned to local squared circles, Ryder had morphed into “The Haida Heartthrob.” Adorned in flashy outfits with a Shawn Michaels-inspired swagger, Ryder said what he portrays now in the ring is truly an extension of himself.

“I knew that I needed to stand out,” Ryder told SlamWrestling.net, following a victory at an All Star Wrestling show in Abbotsford, B.C. “I thought that I always wanted to stand out because of my heritage. I wanted to represent my family.” 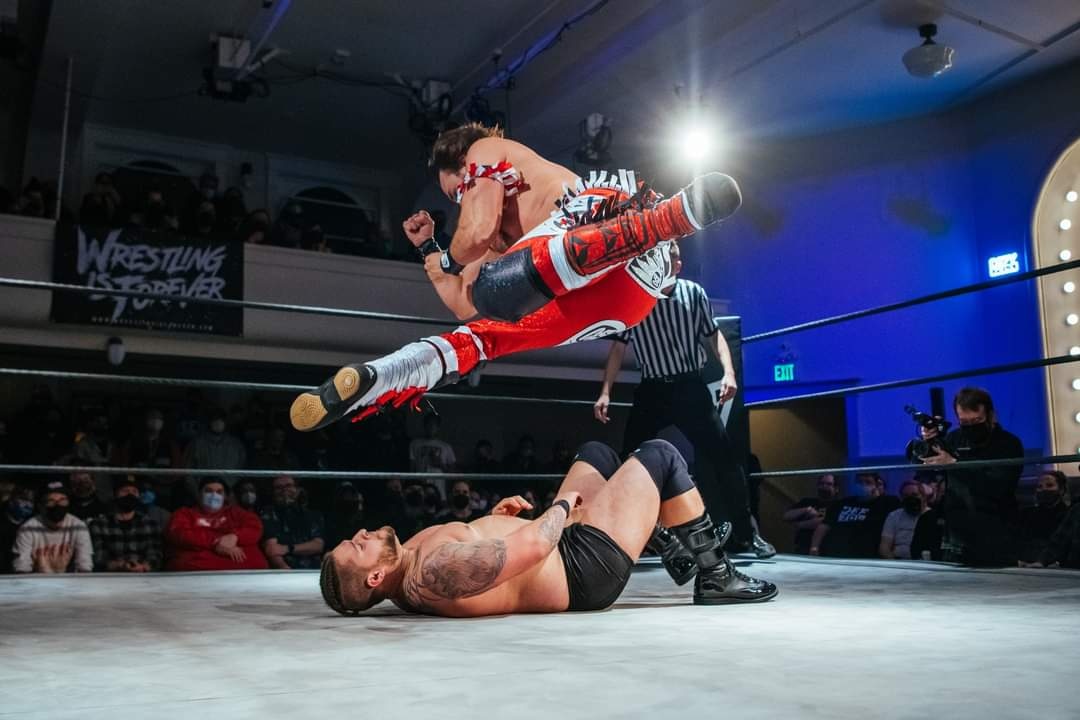 Ryder, who is Indigenous and has family on Haida Gwaii, said attending an Indigenous dance performance inspired him to want to reflect who he is inside the squared circle.

“I sat and talked to him to pick his brain and asked him, ‘How do you decide the way you show your culture?’” he recalled. “He just told me to make the decision to show it in your art form and what you do and it clicked with me. I know who I am as a wrestler – I’m more of a cocky heartthrob and I’m Haida and I wanted to represent.”

Indigenous and Native Americans have been showcased in wrestling for decades, but often they feel like empty stereotypes. In the past they have been featured as either savages or as happy-go-lucky wrestlers dressed in traditional garb.

Ryder bucks that trend and he said he’s proud to do so. He said his new character allows him to respect his heritage but also not allow it to be defined by anyone else.

“Being Indigenous is part of it but I’m also showing that I’m not a stereotype,” he said. “I want to show that we’re strong and proud people but we can be anybody like anyone else.”

He also pointed to fellow Pacific Northwest wrestler Sebastian Wolfe as someone who acknowledges his Indigenous heritage but not in a way that is over the top.

The new character has been turning heads and Ryder is a key part of a red-hot PNW scene. In the past six months he has wrestled for B.C. promotions All Star Wrestling, Nation Extreme Wrestling, Thrash Wrestling and WrestleCore. He’s also competed in Seattle’s DEFY and SOS and Oregon’s Prestige Wrestling.

Ryder said right now is the best he’s ever seen the Pacific Northwest independent scene. There are opportunities all over the place and the local talent pool is deep. And although he loves working in his backyard, he is open to all opportunities and wants to spread his wings. More experience in the US and competing in Japan are on his eventual bucket list

“If you want to make something of yourself you have to get out there,” he said. “I’m trying to get down south [America] as much as I can and see what I can do. I want to be a standout there. I honestly feel like I’m close. My goal is just to get better and get seen everywhere. I want to be undeniable.” 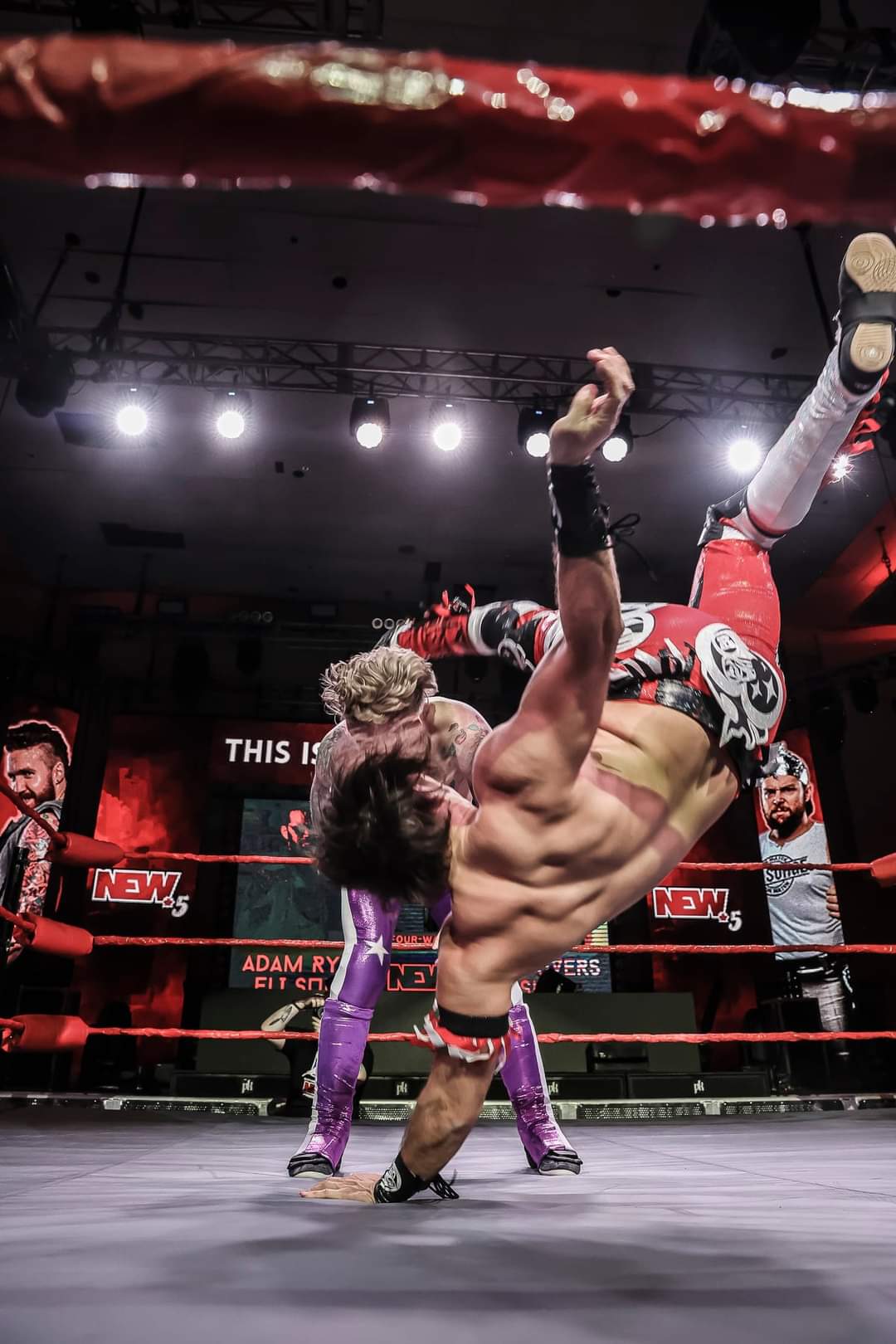 Adam Ryder hits his combination of a codebreaker into a Pele kick. Photo by Ray Urner Photography

Along with the new character, Ryder has developed a new move. He hits a combination of a codebreaker into a Pele kick and he said no one has ever kicked out of it. It’s not just the combo, but the speed, smooth movement and accuracy that makes crowds gasp.

“I’m going to be excited for the day when someone steals it,” he said, laughing. “I want my moves to be me. My Pele is better than AJ Styles because mine actually beats people.”

Ryder might be poking fun at Styles, but he admitted that his three main inspirations are the Phenomenal One, Shawn Michaels and Razor Ramon. He said he tries to incorporate little things in his matches to pay tribute to his heroes.

The month of May and the summer of 2022 are set to be big ones for Ryder.

He’s set to be a part of the first-ever wrestling show at a fan convention in British Columbia at the Northern FanCon in Prince George from May 13 to 15. 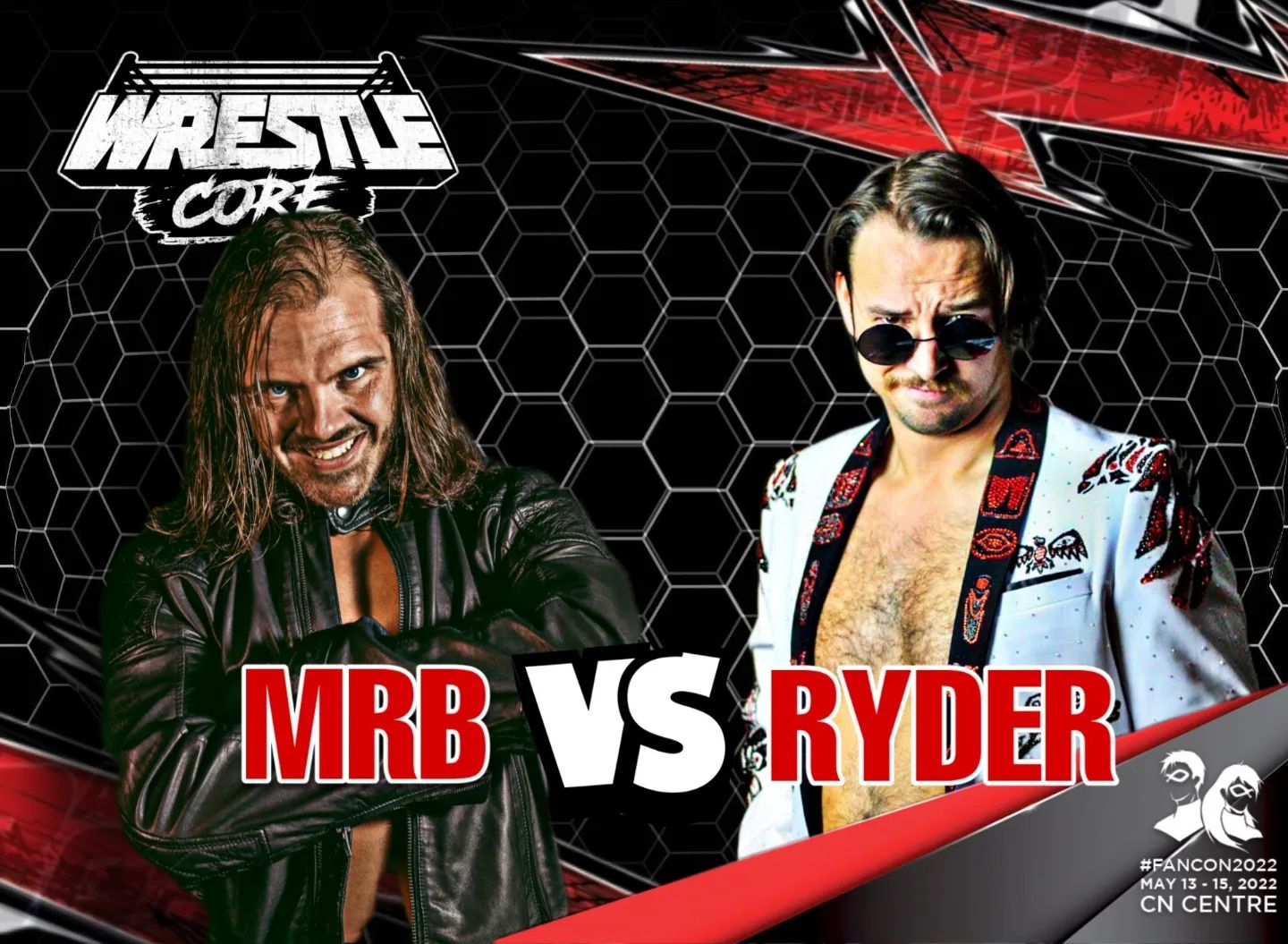 For more details on Northern FanCon in Prince George from May 13 to 15, visit www.fancon.ca

ASW promoter and former wrestler Michelle Starr said Ryder, in his opinion, is the greatest talent B.C. has to offer right now.

“I think Adam Ryder is the best all-around wrestling performer in B.C. today,” said Starr. “Not only can he hang with anyone on a technical level, he is also a great entertainer. He knows how to generate heat in the ring with his persona and natural charisma. He is good on the stick and can get his point across to the audience. I guess the only thing he may lack is that monster physique but he is working on getting in better shape every day. He is the guy you put against any outside talent and no matter what the style can deliver a great match.”

Ryder will also be heading to Kelowna for Thrash on May 20, going to Langford for Vancouver Island Pro Wrestling on May 21, returning to NEW on May 28 and closing the month out in Vancouver with WrestleCore on May 29.

He hopes to continue his southern invasion in the summer and keep on entertaining fans in B.C. in the coming months. He said his wrestling dream is very much alive and burning.

“All I’m trying to do right now is see what I can do with wrestling,” he said, noting that his day job has been flexible with his schedule. “I want a contract with a big company and I think I can get it. It’s just a grind at this point and being consistent.”