Supercard of Honor proves ROH is in transition 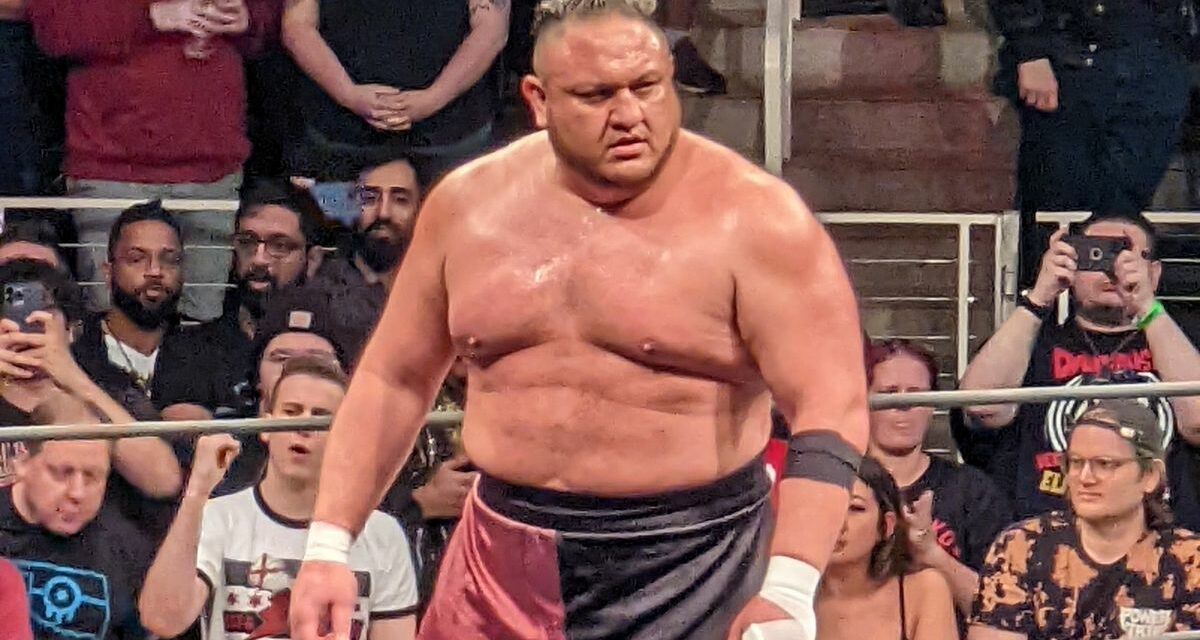 GARLAND, Texas — Less than four months ago, Ring of Honor appeared to be on the brink of extinction.

The Final Battle pay-per-view in December 2021 seemed like a goodbye for most. The future was, at best, uncertain. Even with Supercard of Honor announced, it was mostly met with “I’ll believe it when I see it.”

And for a while, things were murky. Tickets went on sale for the show and moved slowly, likely due to the skepticism of the show happening. Then early March came and things drastically changed. AEW owner Tony Khan purchased the company and immediately, new life was breathed into the promotion.

Friday’s Supercard of Honor at the Curtis Culwell Center certainly marked a new era for ROH. Khan himself called it a transition show — and that it most certainly was, with three new champions crowned, an interim championship won, and the world title unified.

Khan said it was important to capture the ROH experience with this first show and “hit a home run.”

It was ROH originals Mark and Jay Briscoe and their challengers FTR who not only hit a home run, it was a grand slam.

The two teams put on a sure-fire match of the year candidate in a near-30 minute epic that was the epitome of tag team wrestling which culminated in FTR beating the Briscoes to capture the ROH Tag Team Championship.

“We’d never met those guys before Final Battle,” FTR’s Dax Harwood said of the Briscoes. “Tonight was our first time ever touching for a professional wrestling match and God, you have something that happens tonight it doesn’t happen every single day, and we were lucky enough that somebody (Khan) allowed that to happen.”

In what was clearly the most anticipated match on the show, the crowd exploded for the entrances of both teams — and that was just the beginning. The initial lock-up got a massive reaction and the two teams brought out the best in one another, raising the intensity level from the word go. In fact, not once during the match was the crowd close to silent. It was an atmosphere, in front of about 2,000 people, that sounded more like 10,000.

“We weren’t trying to go out there and have this super fancy athletic contest,” FTR’s Cash Wheeler said.

It was intense, hard-hitting, but not to the point of being what you could call a “strong-style” match, where the match centered around hitting each other as hard as possible. The teams gave each other everything they had — which is exactly what was needed after a match that had been teased and talked up for nearly half a year.

Harwood said the reactions the two teams received tonight is what he lives for.

Added Wheeler: “Especially while trying to stay true to ourselves and wrestling a style we are going to wrestle. Fans are more used to car crashes and stuff.”

After FTR won the match with the Big Rig, the two teams shook hands and Wheeler and Harwood bowed to the Briscoes and left them the ring. As the Briscoes soaked in the adulation of the crowd, out of nowhere sprung The Young Bucks, making their return to ROH for the first time since 2018. They laid out the Briscoes before FTR could return from the back for the save. FTR and the Bucks will meet for the ROH and AAA tag team championships this Wednesday on AEW Dynamite. 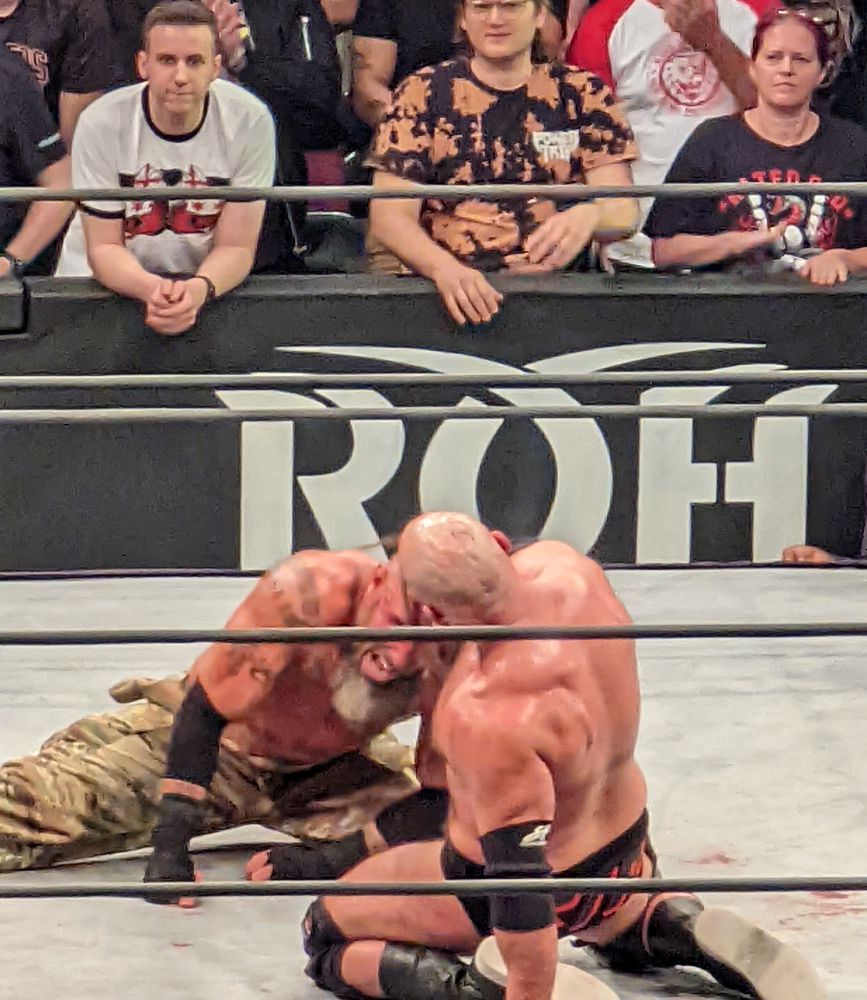 Action from the Briscoes vs FTR. Photo by Matt Bishop

Jonathan Gresham has, in many ways, become the face of ROH. He completed that journey Friday, beating previous ROH World Champion Bandido — who had to drop the title because of COVID-19 — in 25 minutes to unify the Ring of Honor World Championship.

Following the match, Gresham was challenged and attacked by Jay Lethal, who beat Lee Moriarty with a low blow and the Lethal Injection earlier in the show, and Sonjay Dutt before Samoa Joe made his return to ROH to save the day.

Joe has signed with AEW and will be appearing on Dynamite on Wednesday.

Joe echoed the sentiments of his cohort CM Punk in that he is pleased to have ROH in Khan’s hands, given how much of each man’s legacy is tied into the company’s video library.

“It did play a major role (in signing),” Joe said. “A lot of my legacy is tied up with this promotion. A lot of work that many fans have enjoyed over the years has been affiliated with the promotion, so to see it and to be a part of it and to help influence the future of it, it was kind of an unmissable opportunity.”

Joe noted he has aspirations to become ROH and AEW World Champion in the future, but in the short term, he is gunning for a spot in the Owen Hart Foundation Tournament.

For Suzuki, it was the first championship he’s won in America in his decades-long career.

When it comes to the business side of things, Khan said the pay-per-view numbers were trending in a surprisingly good direction. Between that and the fan support, it spells good things moving forward.

“One thing I’ll say is I don’t know where the future of it is, but with tonight being such a success with the support of the fans, that’s going to help a lot,” Khan said.

“I’m very grateful to everybody that made tonight possible.”