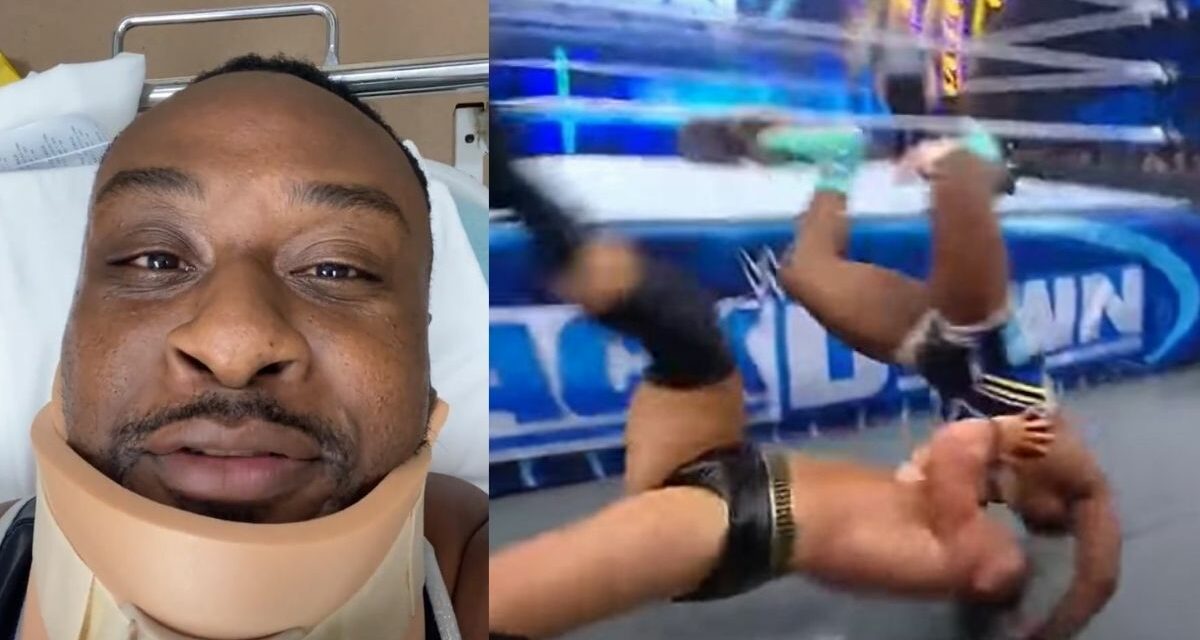 On Friday’s Smackdown, Big E was teaming with Kofi Kingston against Sheamus and Ridge Holland.

The action went outside the ring, and after missing a spear, Holland went to deliver a belly to belly overhead suplex to Big E outside the ring. Big E instead landed on his head and neck.

Smackdown went to commercial, and he was taken out on a stretcher. Big E was giving a thumbs up to the fans as he was taken to the back.

At the hospital, Big E tweeted out a video, saying he can move his hands, but has a broken neck.

Here’s what he said: “I can’t thank all of you beautiful people enough for all of your concern and your messages. It’s very heartwarming. I can move all my digits. You see that? That’s nice. That’s always a good thing. Strength feels fine, but unfortunately, right now they tell me my neck is broken. So there’s that. But once again, thank you everybody. I’m gonna be alright. I’ll be good. Don’t worry, go to sleep. Don’t worry about ol’ me, but for real, thank you. And I appreciate all of you, for real”

Here is the match, cued up to just before the injury: