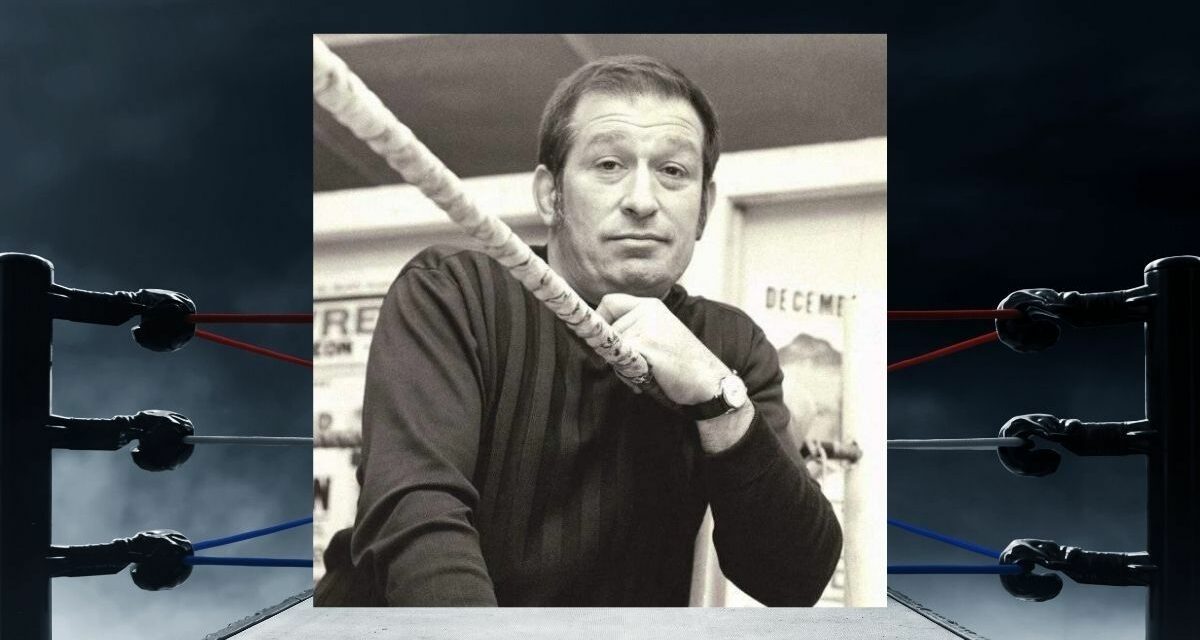 Joe D’Orazio has died at the age 99. He was a key figure in British wrestling for many years, from wrestling, to refereeing, to promoting, to publicity, to being president of the British Wrestlers Reunion.

His long life began on July 27, 1922, as Giuseppe Augusto Antonio Loreto Mario Scala, in Bermondsey, England. His father ran a fish and chip shop on the Old Kent Road. After finishing his schooling, young Scala worked in demolition, knocking down buildings. Upon the onset of the Second World War, he joined the Royal Air Force.

In 1948, Joe D’Orazio began to wrestle, following the footsteps of his cousin Mike Marino. He also used the name Mario Muldoon.

“I never worked for rubbish. I did it because I genuinely wanted to be free, and not dictated to. I wrestled a lot in Belgium, France and the big German tournaments: if you went against Joint Promotions you had to go abroad just to get the work,” he explained to author Simon Garfield in The Wrestling.

D’Orazio didn’t like the promoters behind Dale Martin and Joint Promotions, and was of the belief that wrestlers should stick together, as a loose union. There were times he organized picket lines outside of shows.

Yet, years later, D’Orazio had to change his tune.

When promoting shows in a variety of locations, like Poplar Baths, and King George Hall in Glasgow, D’Orazio noted to Garfield, “We couldn’t get the standard of wrestlers we wanted, so gradually we started to work with Dale’s. We had to. After a while my shows faded, and I started working for Dale’s full-time as a referee. I said I would never wrestle for them again, but refereeing was okay. They were very good to me, considering I began as an agitator.”

“As a promoter, he formed MatSports with Eddie Capelli and George Kidd, which was a breakaway from Joint Promotions in the late 1950s,” explained historian Bradley Craig. “This was due to their disillusionment with Joint, which had a monopoly in the business. The idea was that Kidd was the star who could be the focal point to sell tickets and be the draw for the purists, and D’Orazio was the mind behind the promotional aspects. Capelli was younger than the other two, and they were teaching him as part of their own long term succession strategy. MatSports was such an important rival, as it gave first chances to some of the names who went on to become major stars, most notably Adrian Street and Tony Scarlo.”

His refereeing work was seen on the massive World of Sport broadcast, and D’Orazio also was instrumental in the training and development of rookie wrestlers. After the passing of the veteran behind-the-scenes man, Charlie Mascall, D’Orazio took over doing publicity and programs, and writing for newspapers, all under the pen name Bob Scala. 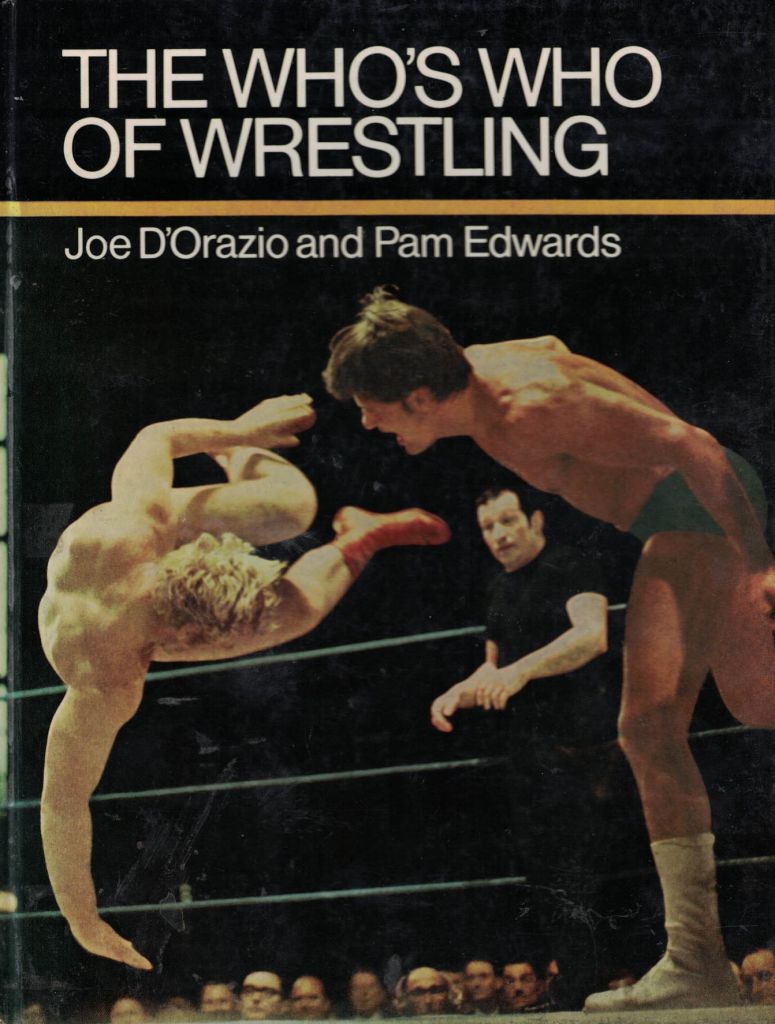 Yet, in 1971, it was Joe D’Orazio on the cover, alongside co-author Pam Edwards, on the hardcover book, The Who’s Who Of Wrestling. It detailed the many people working for Joint Promotions … including D’Orazio. His entry was:

Joe D’Orazio has been a Referee for the past 10 years. Before that he spent 13 years a wrestler, and as such he traveled all over Europe. He holds the Black Belt for Judo, and at one time was a well-known film stunt man.

All told, D’Orazio said that he worked on about 30 films. His main gig was acting as a stunt double for Charlie Chan actor J. Carrol Naish. “Every time Charlie Chan fell down stairs it was me,” he said in The Wrestling. 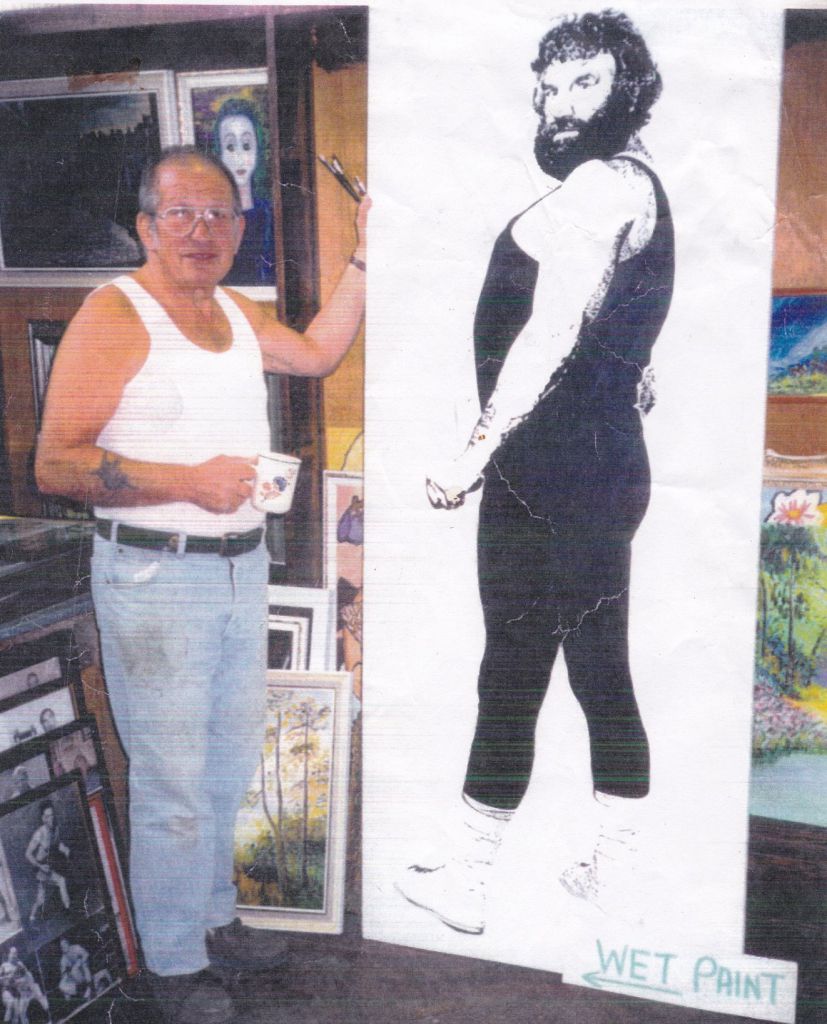 Away from the ring, D’Orazio also painted and wrote poetry; to mark his 95th birthday in 2017, he published A Wrestler’s Lament: And one hundred other poems. [Order here.]

D’Orazio’s grandson runs an active Facebook page on the life and times of his grandfather.

But perhaps D’Orazio’s greatest contribution came as the president of the British Wrestlers Reunion, which he founded in 1991. In later years, he was more of a figurehead, but still a revered figure.

Ken Sowden posted the news to Facebook of D’Orazio’s death on March 9, 2022, and Sowden had been a key figure himself with the reunions, which, in January 2022, announced their conclusion, with the passing of regular hosts Wayne and Sarah Bridges.

“Joe was always the guvnor and he would always end his conversations to me with ‘keep struggling’ — it was like his catchphrase,” Sowden told SlamWrestling.net. “Of course, he did so much in his life, film star, stunt man, artist, published author and had an encyclopedic knowledge of wrestling as he was there for all of it. He was always very supportive of me right up until January when he stood down from the reunion and was never a big headed person despite what he had done.”

D’Orazio was opinionated about wrestling, added Sowden. “He was a very powerful man in wrestling and decided who did and did not work for the promoters. When I joined the Reunion, he was 89 and due to his age, he didn’t attend that often but Wayne Bridges considered him ‘his dad’ and would fight in Joe’s corner (not that he needed it),” said Sowden. “I always remember one wrestler who came to the reunion and spoke to Joe, Joe asked him who he had worked for and he said the name of an independent promoter, Joe as quick as a flash said, ‘Oh you weren’t any good then’ because to Joe if you didn’t work for Dale Martin you were useless.”

TOP PHOTO: Joe D’Orazio from the cover of A Wrestler’s Lament.