A release date and more info on WWE 2K22 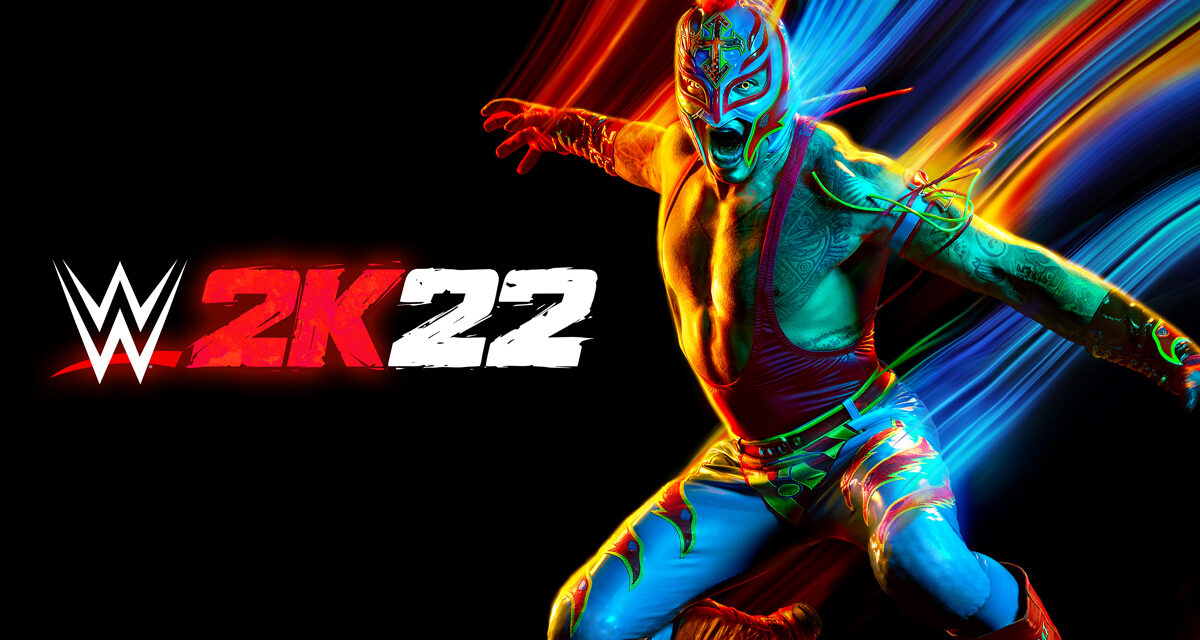 WWE 2K22 has a release date and more information about the next installment in the series has been announced.

The game is scheduled for a worldwide release on March 11, 2022, and is available for pre-order today.

Rey Mysterio will be the cover superstar and is proud of that fact.

“Representing the culture of lucha libre as the cover Superstar for WWE 2K22 is a moment of great pride for me,” said Rey Mysterio. “I’m looking forward to sharing the stories behind the big moments of my career with a dedicated community of players and connecting with WWE fans in a whole new way as they play through my 2K Showcase.”

Rey Mysterio will also be the subject of the game’s Showcase mode in which players will relive the iconic moments behind Mysterio’s most famous matches.

Other modes will include:

MyRISE: “Players chart their own paths to superstardom.”

Universe Mode: Players can reshape everything to their liking.

MyGM: “Players step into the role of a WWE General Manager and call the shots on their way to building the biggest brand in the WWE Universe. From drafting the ultimate roster of WWE Superstars and Legends to developing iconic rivalries and championship showdowns, players will get the chance to take the reins and prove themselves on sports entertainment’s biggest stages.”

The different editions of the game are:

The Standard Edition will be available for $59.99 on previous-gen platforms (PlayStation 4, Xbox One consoles and PC) and for $69.99 on current-gen consoles (PlayStation 5 and Xbox Series X|S) in both physical and digital formats.

The Cross-Gen Bundle will be available for $79.99 and includes the digital Standard Edition and the Starrcade ’96 Rey Mysterio Pack across previous and current-gen within the same PlayStation and Xbox consoles.

The Deluxe Edition will be available for $99.99 for PlayStation 4, PlayStation 5, Xbox One, Xbox Series X|S in both physical and digital formats, and on PC in digital format. The Deluxe Edition includes the Standard Edition plus the Undertaker Immortal Pack; a Season Pass to all five post-launch DLC content packs; the MyRISE Mega-Boost and SuperCharger packs; limited edition WWE SuperCard content (included in-box for physical copies only). The Deluxe Edition will be available from March 8, 2022. three days early. Players who purchase the PlayStation 5 or Xbox Series X|S edition will also receive the Starrcade ’96 Rey Mysterio Pack.

The nWo 4-Life Digital Edition will be available for $119.99 for PlayStation 4, PlayStation 5, Xbox One, Xbox Series X|S, and PC. Celebrating 25 years of the faction that turned the sports entertainment world on its head, in addition to the Standard Edition, and all bonus content included in the Deluxe Edition, the nWo 4-Life Edition comes with MyFACTION EVO Cards and alternate nWo attires for Hollywood Hogan, Scott Hall, Kevin Nash, and Syxx plus a playable Eric Bischoff character, WCW Souled Out 1997 and WCW Bash at the Beach 1996 arenas, and the nWo Wolfpac Championship. The nWo 4-Life Edition will also be available from March 8, 2022.

2K and Visual Concepts, the game’s developers, have stated they have redesigned the gameplay engine to new controls and upgraded the graphics as well. They are also permitting cross-platform sharing of player creations.

The last iteration of the franchise didn’t go as planned as we noted in our review at the time.