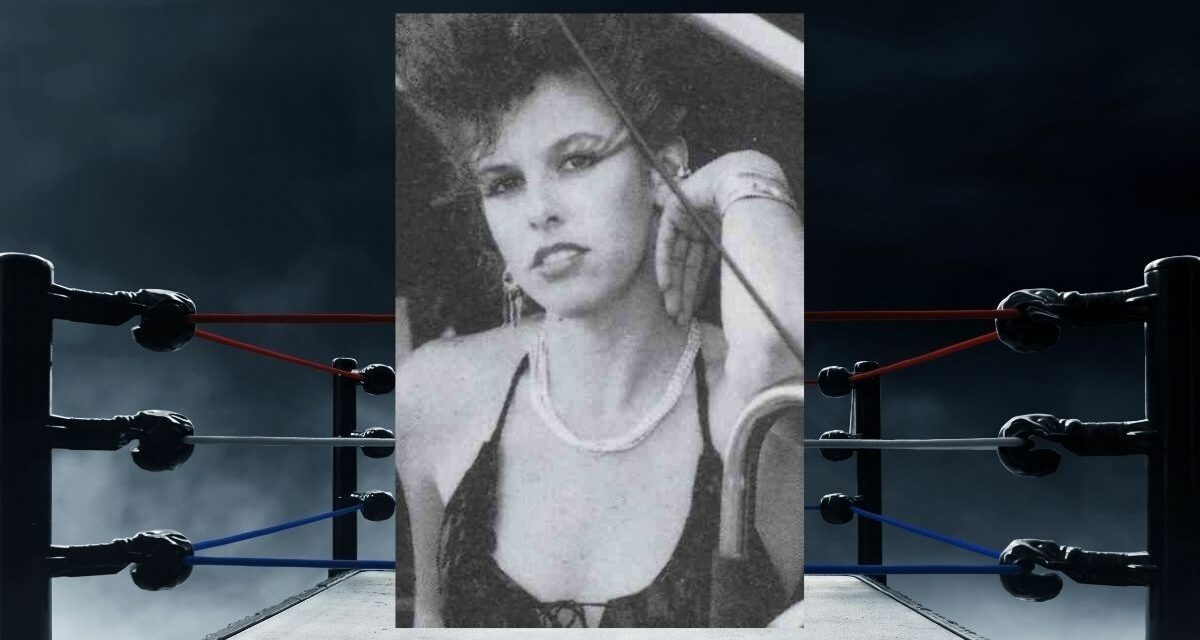 Andrea Micheil, who was known as Angel on the second season of the original Gorgeous Ladies Of Wrestling — GLOW — TV series, has died complications from COVID.

On her Facebook page five days ago, she had posted, “Well after working the front lines [since] day one! It finally got me and I feel like major shit!” The news of her death on January 18, 2022 followed, confirmed by her brother, Thaddeus Laird.

A post only days before marked the passing of another GLOW girl, Matilda the Hun, on January 10:

So it has taken me all weekend to absorb the fact that “Dee Booher” “Matilda the hun” “Queenie” friend and sister in GLOW has passed. I’m sure Fiji was waiting at heavens gate for you along with all our others sisters whom have passed. I’ll never forget doing “ Slam a grams” and wrestling along side of you. You are truly a BAD ASS! I love and miss you dearly ♥️

Andrea Laird was an actress — an episode of Melrose Place from 1997 is the only other credit on IMBD — who found her way to GLOW.

Angel on GLOW was a stereotypical “biker chick” wearing leather, gloves, and brandishing a chain.

In subsequent all-women’s promotions, she was Hot Rod Andie (in POWW and WWOW), and when wrestling in Europe, she used the name Andrea Jackson as well as Hot Rod Andie. The “Hot Rod” part was in tribute to Roddy Piper.

She did a video interview in July 2020, on Petey’s Awesome Guest Panel, and talked about her road into GLOW. A gymnast from an early age, she studied theater arts in college. While trying to break into acting, Laird was working at a casting agency when she came across a listing for athletic women. She went to an audition, was hired, and started two weeks later in Las Vegas, where GLOW had a residency at the Riviera Hotel (where Laird also lived).

“People loved to hate me,” she told interviewer Peter Michael. “It was a lot of fun just being somebody else.”

Asked her fondest memories, she replied, “Just being a bad girl, an ultra-ego, and getting to beat the shit out of women. That was pretty cool.”

She had positive things to say about her time in POWW, which was the breakaway women’s promotion headed by David McLane. “We traveled around in a bus, so living out of a suitcase,” she said noting they got to go everywhere from the Indianapolis 500 to living on the beach in Florida. “We had a lot of good times.”

On her Facebook bio, Micheil listed her Intro as:

Her son, Nate, paid tribute to her, noting that “She raised me all by herself and she’s tough as nails” and calling her: 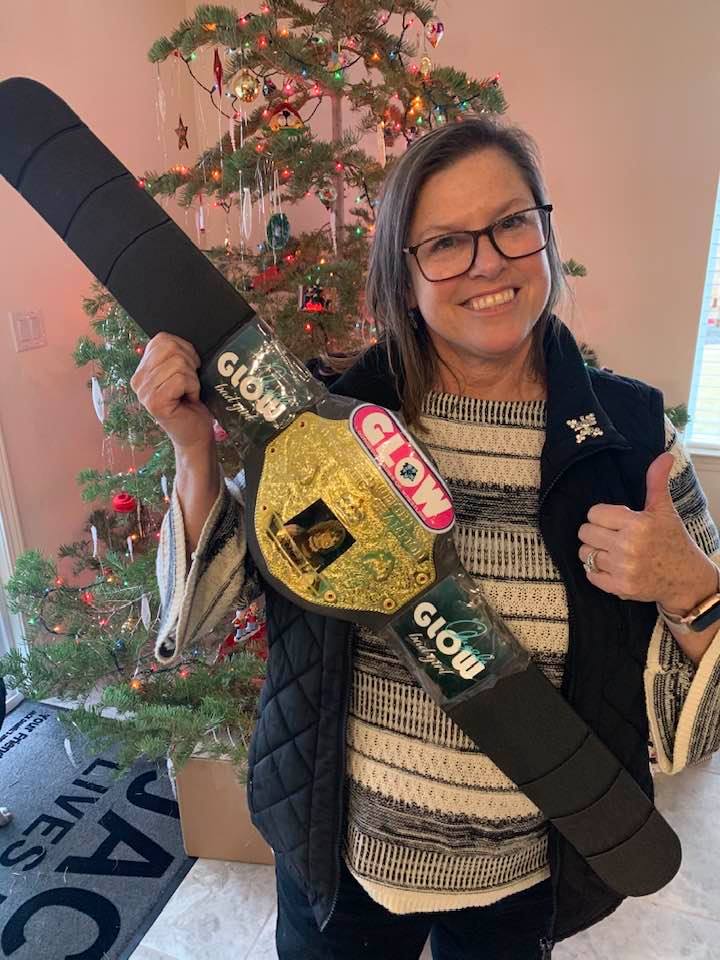 A shot of Andrea from Christmas 2019, with a belt created for her by Peter Michael. Facebook photo

Like many of the GLOW girls, “Angel” found herself getting more attention after the GLOW documentary, GLOW: The Story of the Gorgeous Ladies of Wrestling, and the subsequent Netflix series, GLOW, inspired by the original series. Micheil attended some of the “After-GLOW” cruises and fan fests.

Her GLOW colleagues shared their condolences:

I’m so sorry Thaddeus Laird Condolences to you and family

Keep Glowing In the Heavens Angel 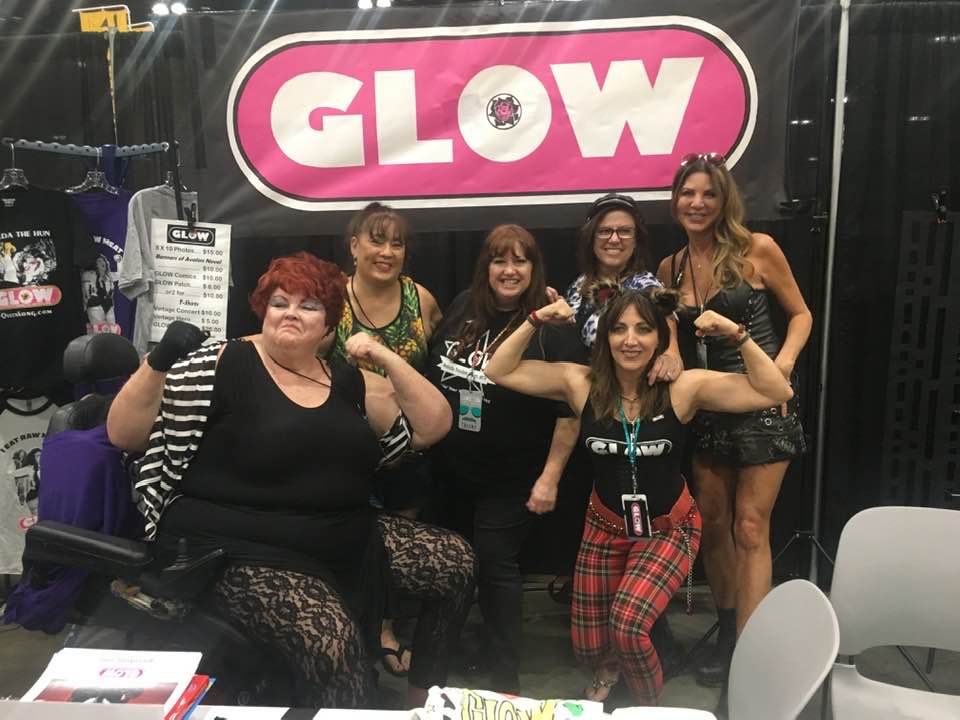 “Angel” is in the biker hat, back row. Facebook photo

Her 59th birthday would have been on February 5. She is survived by her husband, Steve, son, Nate, and her extended family.