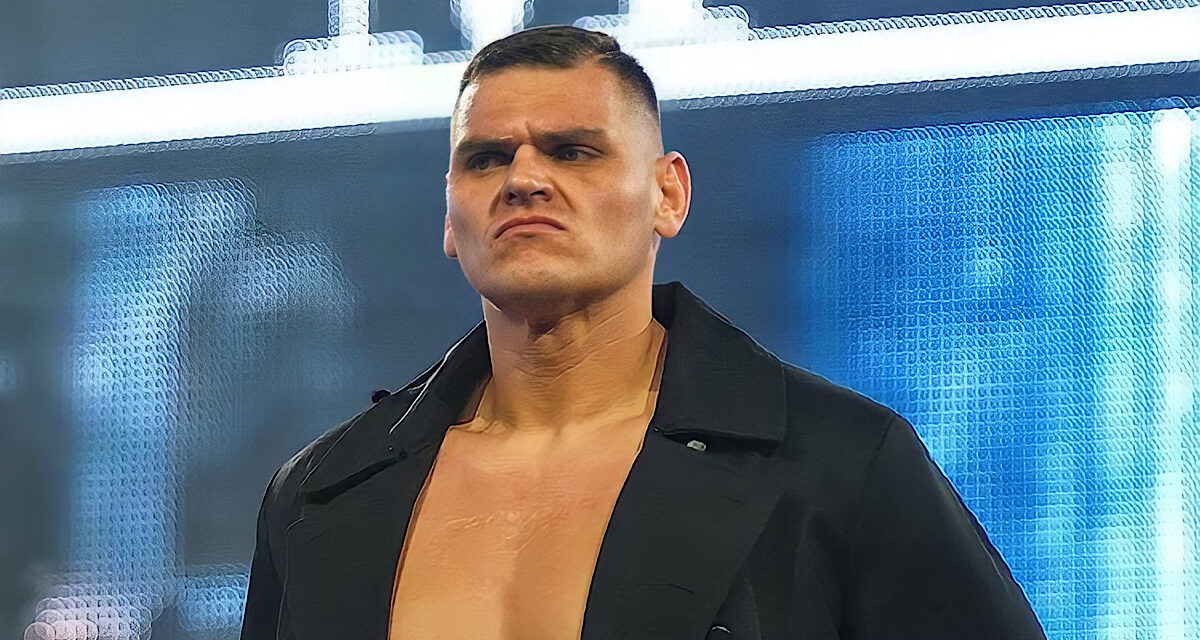 Closing a historic chapter in NXT UK, “The Ring General” WALTER’s career in NXT United States was initiated tonight with a fantastic main event against Diamond Mine’s Roderick Strong. With “fight forever” chants and a standing ovation, it was the quality matchup everyone expected. But the highlight closer was overshadowed by WALTER’s post-match message: “The winner of this match is Gunther.” Rumors of a recently trademarked name, Gunther Stark, created controversy for its ties to Nazi Germany, yet the controversy only skyrockets from here.

A newly turned and reinvigorated LA Knight opens tonight’s episode in search of Waller; the catchphrases and demeanor hit even harder backed by unanimous crowd support. Waller finally interrupts with a restraining order in-hand, but Knight presents a counter in Lumis, who attacks from underneath the ring. The matchup officially begins during commercial as Lumis enacts his “methodical” and tedious offense, but Waller reverses and targets the arm heading into picture-in-picture. Despite a rather cold comeback, Lumis sets the audience on fire before migrating ringside. But via outside interference from an unnamed, suited and burly figure, Waller gets the victory.

MSK, with their Nickelodeon mannerisms, are watching on backstage. They’re interrupted and browbeaten by Legado del Fantasma, but the former duo isn’t fazed.

Big meaty men are slapping meat, and commentary is “shell-shocked by the physicality.” The combined strength and agility between them is legitimately impressive, as the matchup is defined by huge tosses and throws. Props to Briggs, who makes a comeback in undoubtedly awkward cowboy boots, but a double-team finisher from the Creed Brothers puts it away. Diamond Mine advances through the tournament, and a visibly dwarfed Malcolm Bivens is elated.

Dante Chen’s promo package explains his hiatus, due to injury. Along with the passing of his father, Chen is determined to succeed with Singapore in mind.

WALTER’s conversation with tag team champions Marcel Barthel and Fabian Aichner is thankfully subtitled. The gist is this: NXT US belongs to Imperium, and the mat is sacred.

The matchpace immediately quickens, and Chen connects with an outside dive. But over the barricade comes the 6’5” Duke Hudson, who decimates the competitors and quickly concludes the bout. After getting shaved by Cameron Grimes last month, “Duke Hudson is back!” See, he’s looking good with a buzzcut afterall.

Joe Gacy and Harland reflect on not entering the 2022 Dusty Rhodes Tag Team Classic, but they’re met by an injured Odyssey Jones. Wholesomely, Gacy opens the door for Jones, and a genuine “thank you” is uttered in response. Now that’s the power of positivity.

The NXT Champion Bron Breakker is interviewed backstage about Santos Escobar, but he’s interrupted by Elektra Lopez and the leader of Legado del Fantasma. “You will soon learn that things are done on my time,” says Escobar. Time is overdue, but Escobar’s finally climbing the ladder.

Tony D’Angelo conducts an in-ring funeral ceremony for “Petey Poppins” Pete Dunne, but his intentions drift towards the North American Championship. With impeccable timing, on the balcony appear Trick Williams and Carmelo Hayes – who pulls a Kanye West saying, “I’m happy for you, I’m gonna let you finish. But last week, Trick and Melo had one of the greatest memorial services of all time!” It’s a charismatic battle on the sticks before Cameron Grimes, who’s gunning for the championship, interrupts. Accepting the challenge against D’Angelo, Grimes smashes the Dunne portrait over his head.

A defeated Josh Briggs and Brooks Jensen are asked to the bar by Kacy Catanzaro and Kayden Catanzaro, but Wendy Choo nonchalantly makes a block. In summary –  WWE comedy.

Yulisa Leon and Valentina Feroz’s promo package highlights their athletic backgrounds, and they’re interviewed backstage thereafter. Of course, they’re interrupted by Dakota Kai, who warns against the combination of friendship and success.

Malcolm Bivens supports Nile ringside, as her Diamond Mine-branded technical work is showcased. Ray reverses with a thrust kick, but NXT Women’s Champion Mandy Rose makes a distraction, allowing Nile to get the roll-up victory. Rose and Ray commence in a post-match beatdown as Toxic Attraction gang up, but Indi Hartwell and Persia Pirotta even the odds.

The power of positivity is soured as Harland and Joe Gacy attack Odyssey Jones’ injured knee in the trainer’s room.

In a promo package, Sarray says that Grandma was her hero. Apparently, her newfound necklace will give her “passion and energy.”

Blade and Enofe, a quick and athletic young duo, have great potential; but against the experienced LDF, their chances are slim. Ringside, Santos Escobar trips up Blade, but NXT Champion Bron Breakker carries him away. Capitalizing on the distraction, Blade gets the roll-up and upset victory for three!

“Tonight, Diamond Mine is two-for-two… and later tonight we will be three-for-three,” says Malcolm Bivens. “The mat is not sacred. The mat is a revenue generator for us to get paid,” he claims.

Solo Sikoa speaks towards Boa, who blew a fireball last week. Sikoa shows the burn marks, and next week, they’ll settle the score.

Kai was giving helpful advice, but Leon and Feroz took offense. So, this matchup is slotted in before the headline main event. It’s fortunately quick as Kai delivers the running boot for victory. Afterwards, she attempts another, but Feroz makes the save.

Plainly black-clad with standard grappling, there is somehow nobody like WALTER. The size advantage is unmistakable, but Strong compromises with his signature gunshot chop (the sound is incredible). Of course, WALTER’s signature chop is delivered straight back, bringing the audience to their feet. Preceding picture-in-picture, Strong saves Malcolm Bivens but not himself from WALTER’s attack as “The Ring General’s” presence and domination continues to extend. Strong connects with chops and forearms, climbs up top, and delivers an unbelievable superplex to WALTER for two. The competitors trade strikes, and Strong fights for nearfalls, but a snap powerbomb from WALTER gives him the victory.

WALTER grabs the mic saying, “The winner of this match is Gunther.” Before anybody can fathom this, Imperium and Diamond Mine have a six-man brawl to conclude the show.

So the dreadful revelation that WALTER is going forward as Gunther Stark defines tonight’s episode, which was otherwise a respectably average one. That being said, WALTER versus Strong was a classic that absolutely doesn’t deserve to be overlooked.