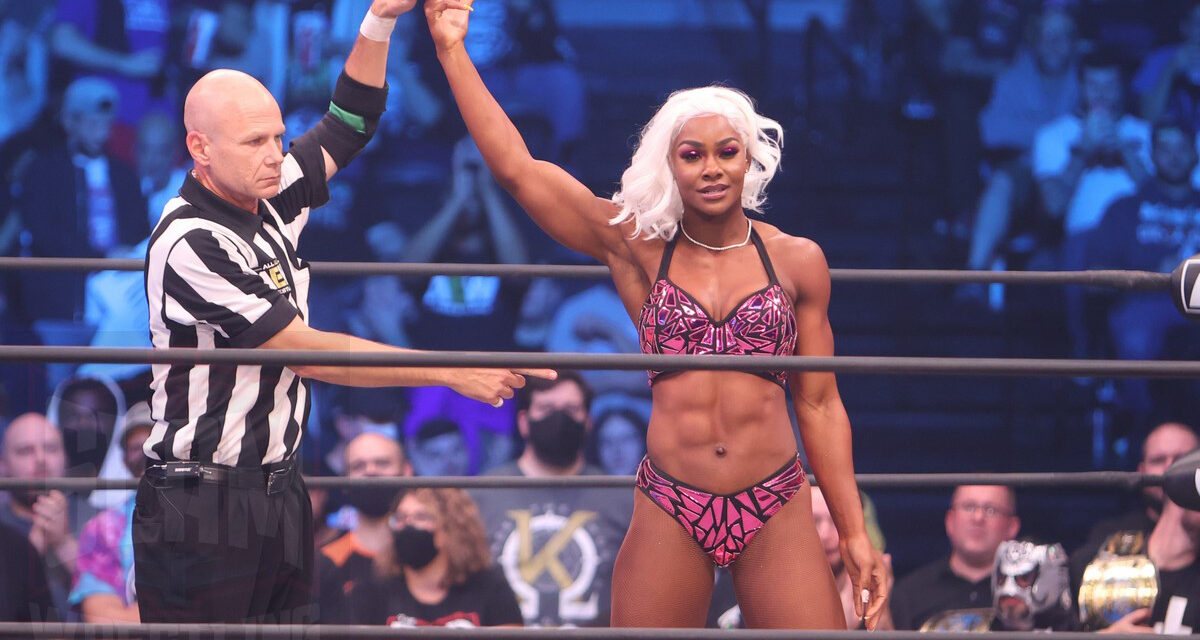 After Big Swole’s controversial comments and Tony Khan’s response to them several AEW stars are coming out in defence of Khan and the company at large.

Tay Conti had this to say about her experience working for AEW.

As y’all know I’m Latina & I know the struggles. I have an accent & cutting promo on National TV is not something that you see normally but AEW & TK makes me feel comfortable and not ashamed doing it #TayJay vs Bunny & Penelope start almost a YEAR AGO & it ends tonight. Watch US pic.twitter.com/iiO78YHWOn

Jade Cargill, who will meet Ruby Soho in the finals of the AEW TBS Championship, tweeted this series of statements out:

-No prior pro wrestling experience. Trusted in the upstart company over a well known one 🙏🏾💪🏾.

-Once in a lifetime high profile in-ring debut with @Shaq and @CodyRhodes.

-Undefeated streak ALIVE and STILL going 😈💅🏾(who else? NOBODY)

-Nominated ROTY 💅🏾 which we all know IM THAT BITCH

-Simply kicking ass since day ONE of being apart of the @AEW family.

You guys better jump on this money train, prices are going UPPPPP 📈

Darius Lockhart, who has been featured on AEW Dark, wasn’t as supportive in his public remarks.

“This is not the change you promised, this is more of the same @TonyKhan , and it’s been more of the same, and it’ll be more of the same because you are not listening,” Darius Lockhart continued. “The entire industry is not listening. A lot of buzzwords are being thrown around, so I’ll say it bluntly: Your wrestling isn’t diverse if only white and white passing wrestlers are at the top. @TonyKhan You can’t gaslight your way out of a critique that the entire community you’re allegedly serving has. We had a quick meeting at AEW in Greensboro where I gave you a flashdrive that featured an extensive explanation (with numeric breakdowns) on exactly how the black community is being underserved in your company. That breakdown was not only there for personal gain. @TonyKhan,” he wrote on Twitter.