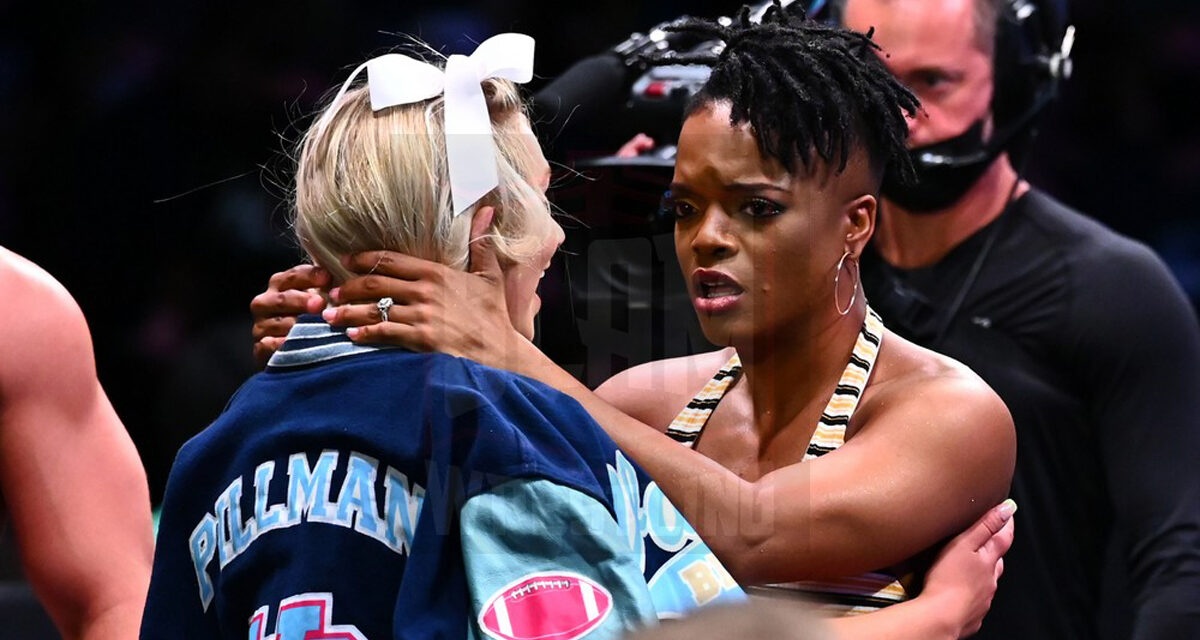 In an interview with Fightful, Big Swole (Aerial Hull) accused AEW of holding people back.

“Outside of [lack of structure] their BIGGEST issue, which is diversity. I do not beat around the bush when it comes to diversity and my people. There is no representation, truly, and when there is it does not come across in the black community as genuine. At all. I don’t know why everybody is so afraid to accept it or say it but it’s not a good look,” she said.

Swole also claimed that AEW should have had a black champion by now.

“This is a scripted sport. It should not take that long if you have been watching WWE for 50-plus years and you know what not to do,” she continued.

Swole also noted about there being a lack of structure within AEW.

“Know this, this is somebody from the inside, the structure is a little off. It’s fine to be loose but I like to have a little bit more structure. I felt like the women shouldn’t have gone through everything they went through just to get on TV or get time. You’re signed to this big company you should get time. All these men are getting time but the women weren’t getting anything or you’re not putting people on TV because more people are coming in. Okay, there are more people coming in but you don’t have enough product for all of these people. Now you have all these people sitting around having two or three minute matches on Dark doesn’t keep me happy. Shoveling more money doesn’t keep a person happy. We’ve seen time and time again especially in a place where there’s not enough space. There’s no writers in a sense. Not everyone is comfortable writing their own things. Closed mouths don’t get fed. That’s exactly what that environment is,” she said.

Tony Khan himself took to Twitter to defend the company.

“The top 2 @AEW execs are brown (me & Megha)!! Jade, Bowens, Caster, Dante, Nyla, Isiah & Marq Quen all won on tv this month. The TBS Title Tournament has been very diverse,” he wrote.

He also explained why he didn’t rehire Big Swole.

“I let Swole’s contract expire as I felt her wrestling wasn’t good enough,” he wrote.

Some fans responded by pointing out the accomplishments of others in AEW’s short history.

Oh, this comment section is gonna be good. TK isn’t wrong about the diversity. Current Latino tag champs, Sammy was just tnt champ, Sky was the first tag champ, Jade is in the tbs title match and arguably the most protected woman on the roster, Thunderrosa is the biggest face rn

Others pointed out that Riho was the first AEW Women’s Champion, Nyla Rose was the second and Shida was the third.

Man Tony just maybe don't tweet for once. This is a TERRIBLE way to respond to legit criticism from a former employee.
Also way to throw her under the bus dude. If she got let go cause of her wrestling ability why is Brandi still signed?