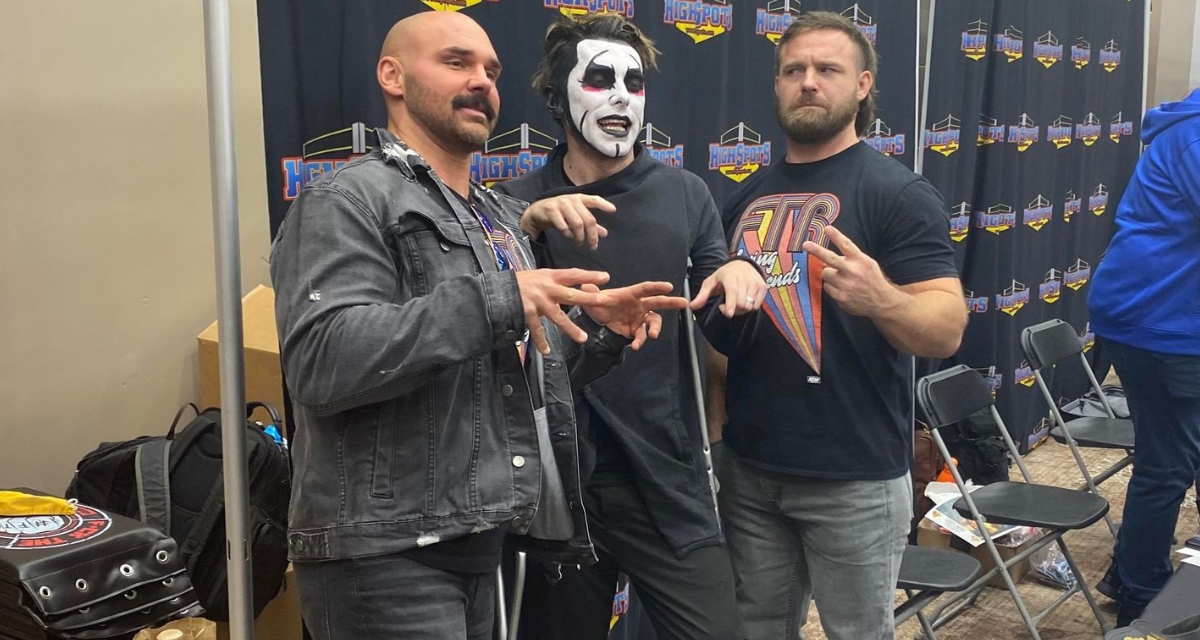 WINSTON-SALEM, NC – Quantity vs Quality which is better? There are many wrestling fan fests, some small and intimate, and some massive and crowded. It comes down to, what works best for you?

In the ninth version of WrestleCade, held November 26-28, 2021, at the Benton Convention Center in Winston-Salem, NC, founder and promoter Tracy Myers has found a balance that works well for everyone.

I recently attended the CWF Legends Fanfest in Tampa, and it is definitely on the smaller side, and everyone gets all the time to spend with their heroes.

At WrestleCade, nearly 8,000 fans would pass the doors to meet with wrestling legends whose careers spanned from the 1970s, like “Boogie Woogie Man” Jimmy Valiant, through today, like AEW’s FTR, the mysterious Danhausen and the hot free agent Braun Stroman.

Nine years ago, WrestleCade started out as a meet and greet before a big show, said Myers, but when more than half the crowd left after the meet and greet, as a business man, he saw what the fans wanted.

At first, he was surprised that all the wrestlers were selling photos and other gimmicks and that outside vendors were showing up to sell wrestling memorabilia – but it was proof there was something to it. Myers had never attended any of the other big fan fests, even those close by in North Carolina, but he saw an opportunity.

It grew from there to what it is today, a three-day event that includes not only the fan fest meet and greet, but also four separate live wrestling shows, featuring not only his AML promotion, but a mixture of the top talent available on the indy circuit, including many high profile AEW names. 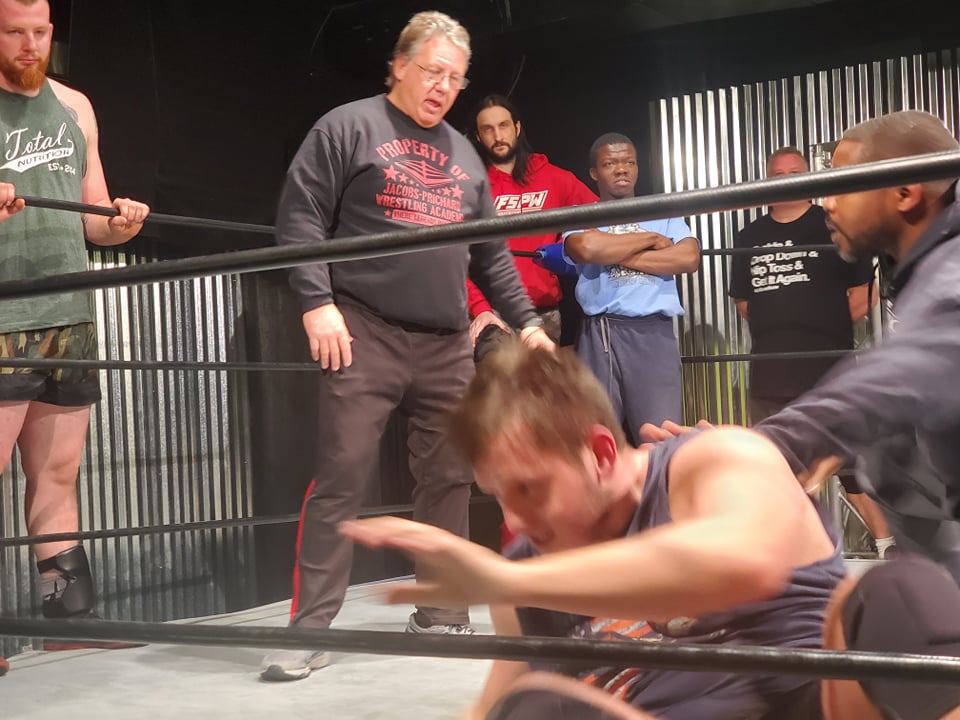 There was also a Friday wrestling seminar hosted by former WWE coach Dr. Tom Prichard, where 21 students learned from one of the best wrestling trainers anywhere. Promoter Steven Frye was the person responsible for Dr. Tom’s seminar, and from these seasoned eyes, Donnie Dollars and Chase Emory were the standouts. Friday also saw Vicki Guerrero host her podcast in person, a live wrestling show, and the evening closed out with Johnny Swinger hosting a late-night event.

The Saturday Fan Fest, running from 10 a.m. to 3 p.m., was a who’s who of the wrestling world. Myers proved that the bigger is better for wrestling fans, keeping the event ticket price to enter low, and spreading out the huge crowd over two massive convention rooms.

There was a higher ticket price for individual autographs from the big names, and there were massive lines for Sting, Kurt Angle, Mick Foley, Ricky Steamboat, Jerry Lawler, the Steiners, Arn Anderson, and Kane. The room stayed busy till the last moments.

Plus there was a wealth of indy talent mixing with those in town for a celebration of TNA’s early years, including Ring of Honor’s Danhausen and Caprice Coleman, as well as T.I.M., ODB, James Storm and Amber O’Neal.

Truly there was something for everyone. Some talent had time to spend with every fan, while others had huge line and keep the line moving. I was told Aleister Black and Braun Stroman were both very gracious with every fan. While lines could be long, I think most, if not all fans, went away happy.

Many of the wrestlers roamed the floor, getting a chance to say hello to old friends and hello to people they never worked with but knew of. 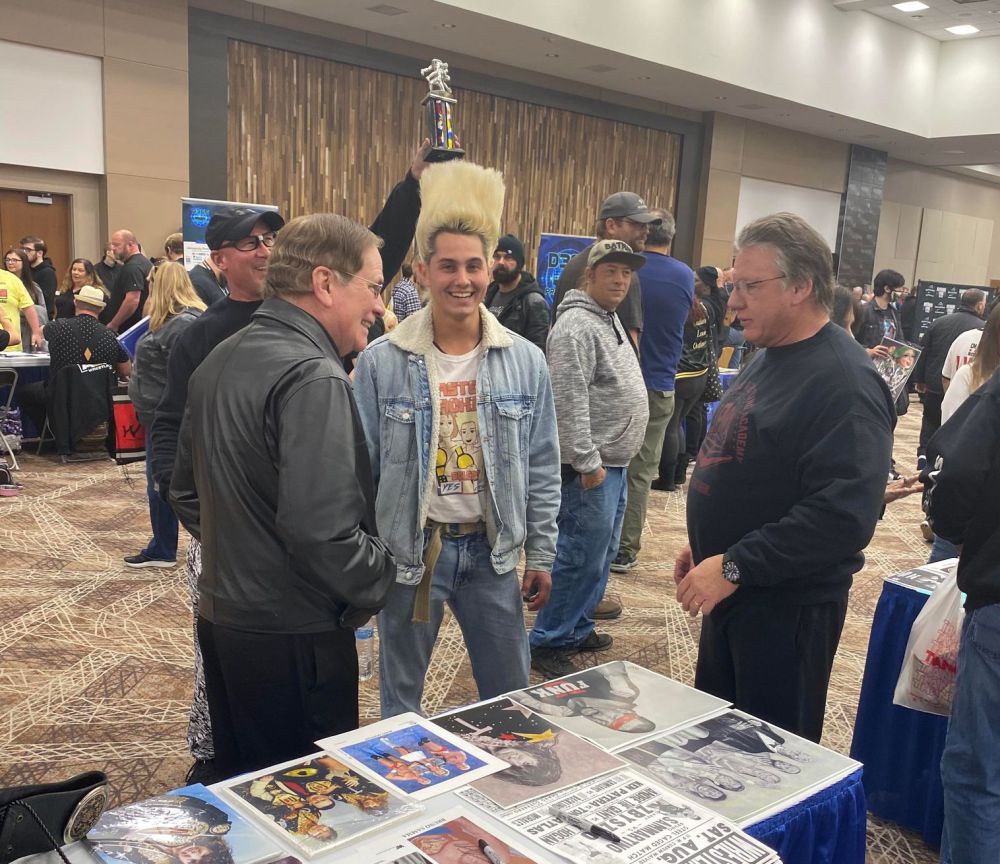 There was also a Busted Open podcast live at WrestleCade, and Mark Henry and Dave LaGreca were part of that. There were also plenty of vendors like Top Rope Belts, Highspots, and many vendors selling posters, action figures, books, photos and magazines. Many wrestlers were brought in by these outside vendors to increase traffic to their booths or tables – though some wrestlers just booked their own table to sell photos and autographs.

The Sunday portion of WrestleCade included a special TNA / Impact Q and A with Jeff Jarrett and other TNA stars as well as an early afternoon all-women’s show, followed by another seller late afternoon/ evening AML show. Hats off to Tracy Myers, Tim Blaze and all the WrestleCade staff for pulling this off for the ninth time in 10 years (canceled last year because of COVID).

Indeed, they proved that quality does not suffer from quantity. 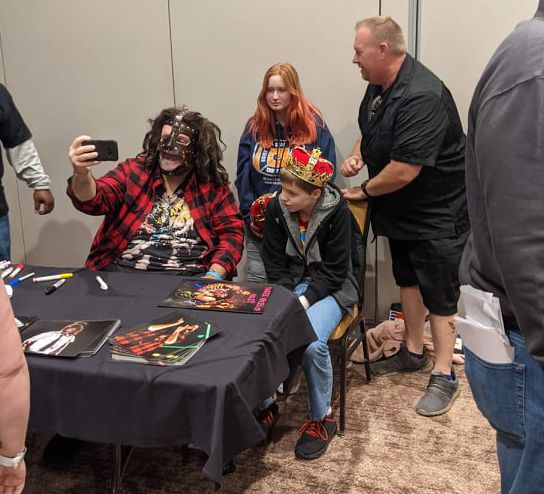 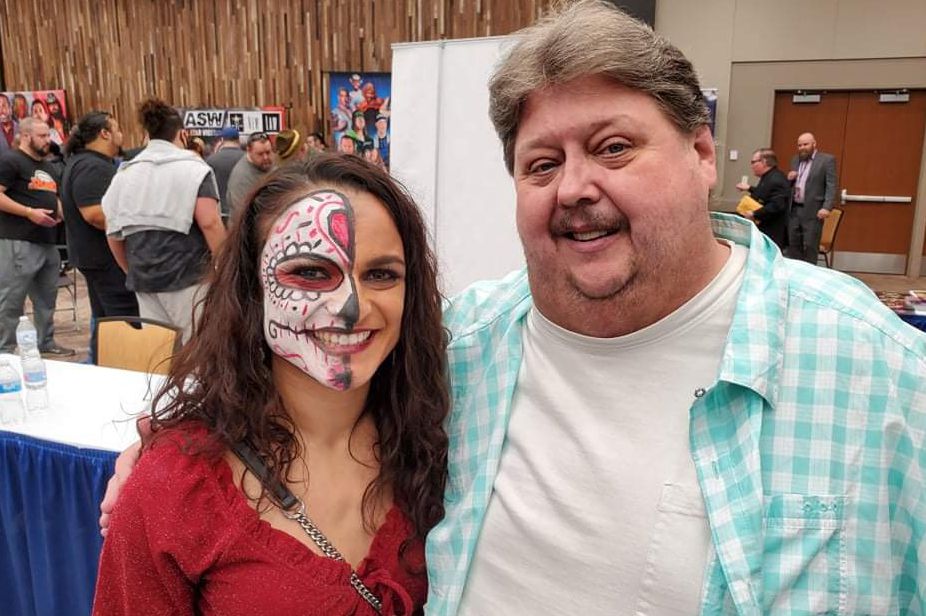 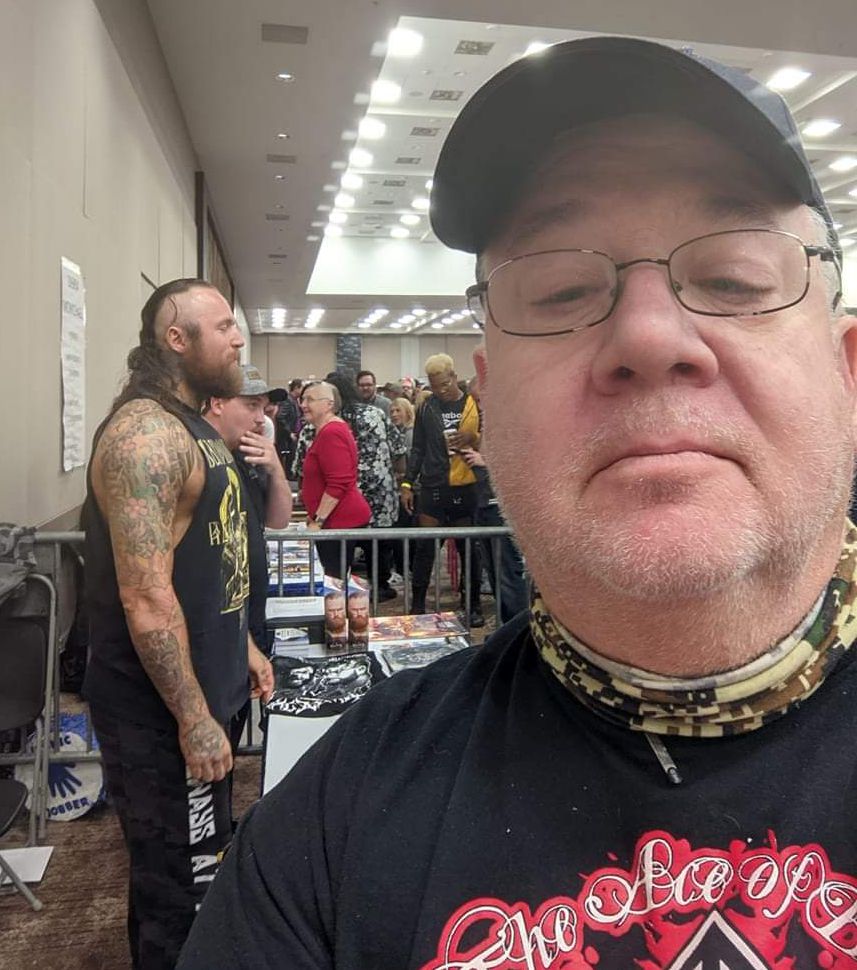 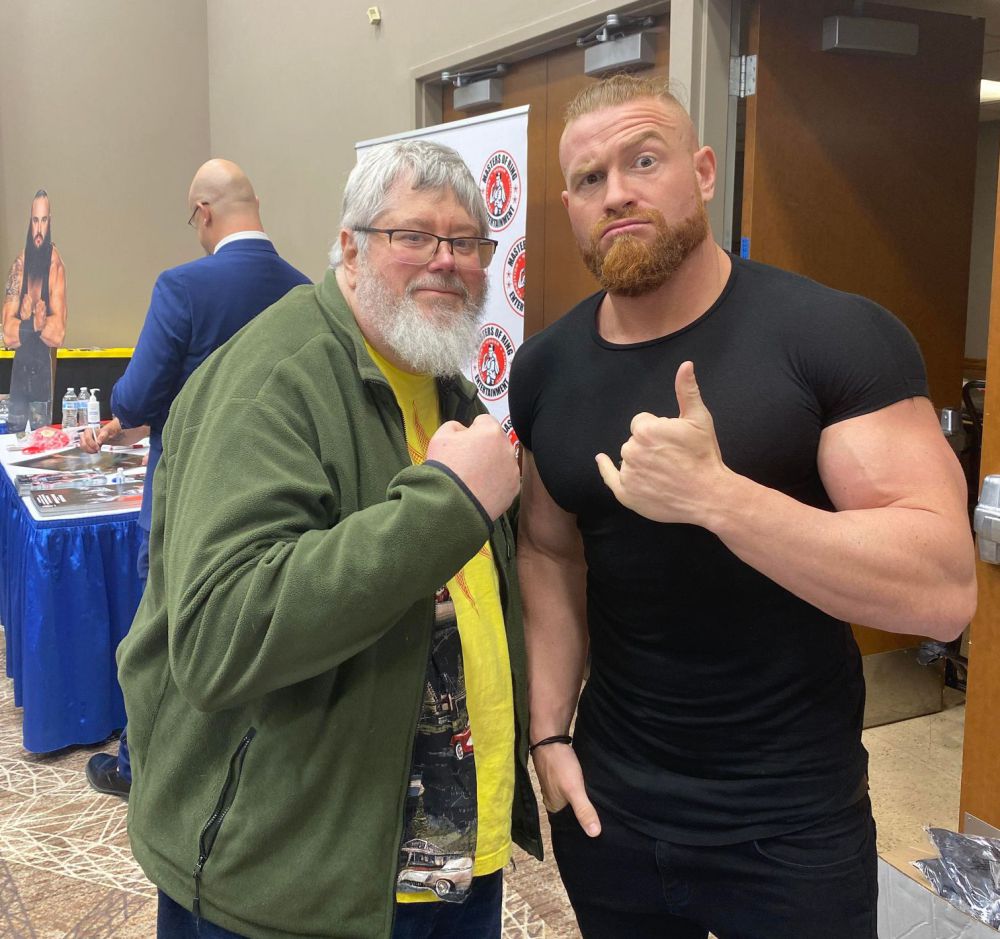 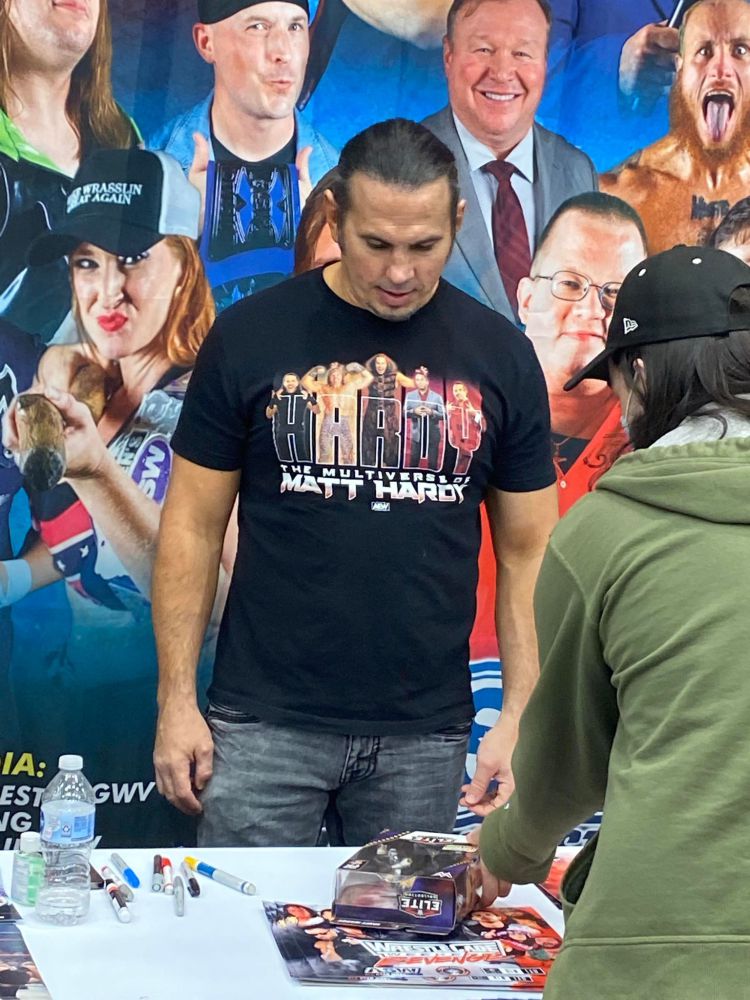 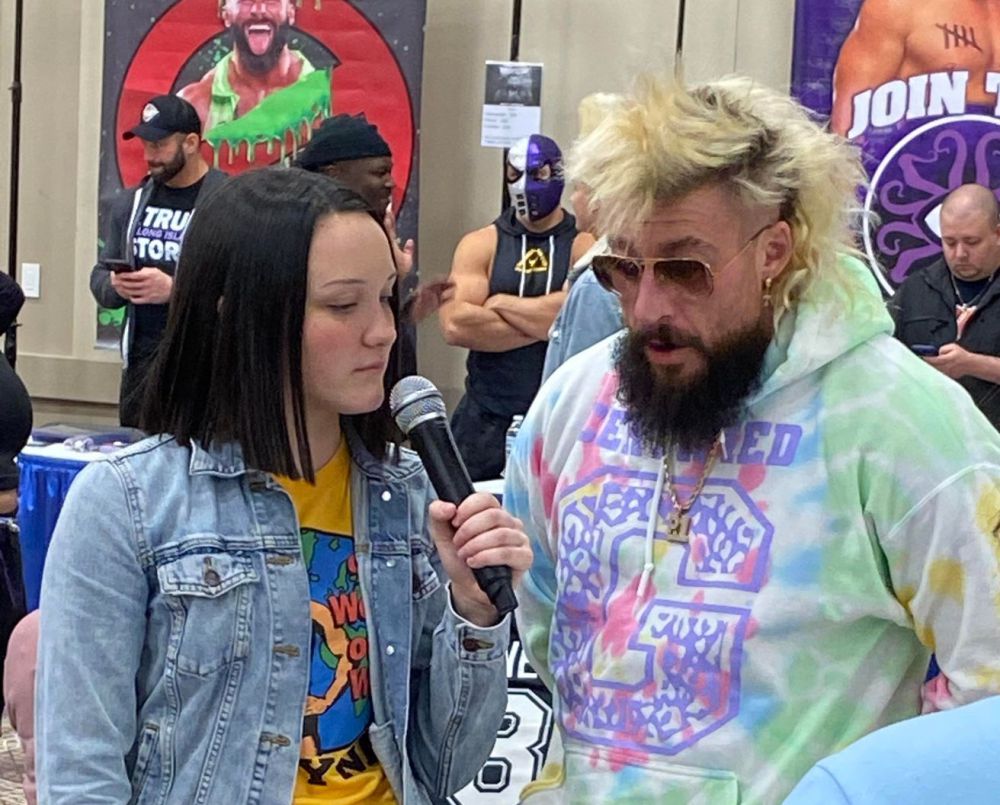 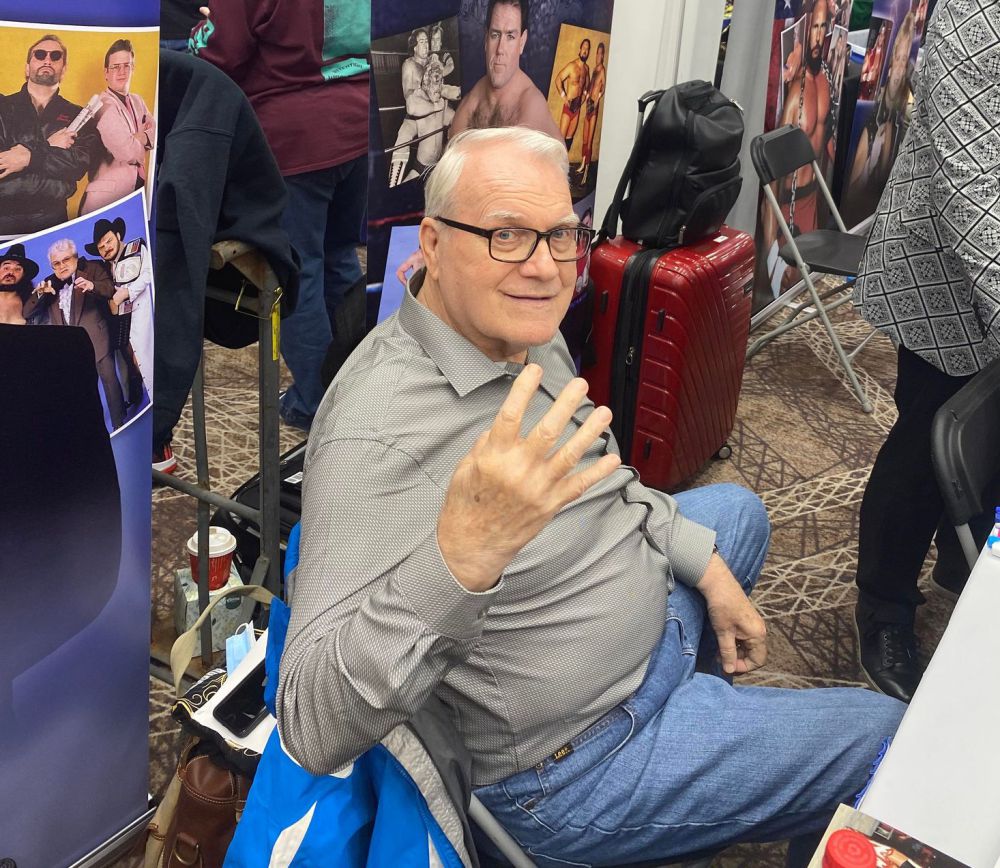 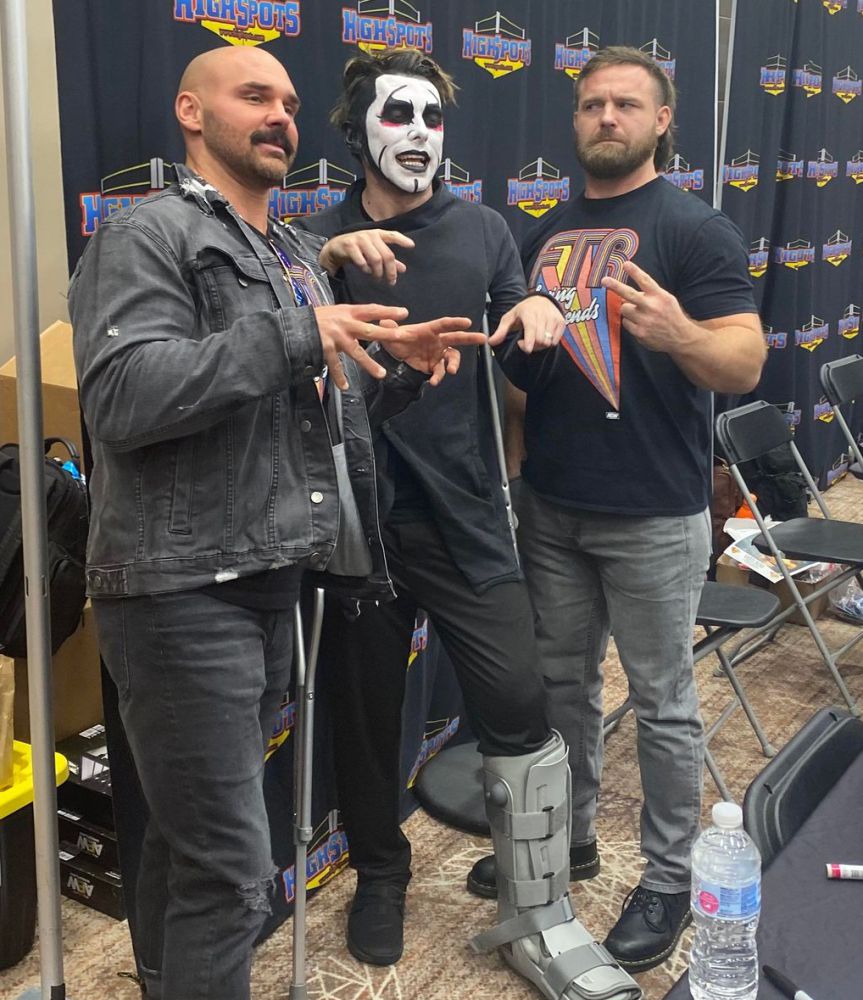 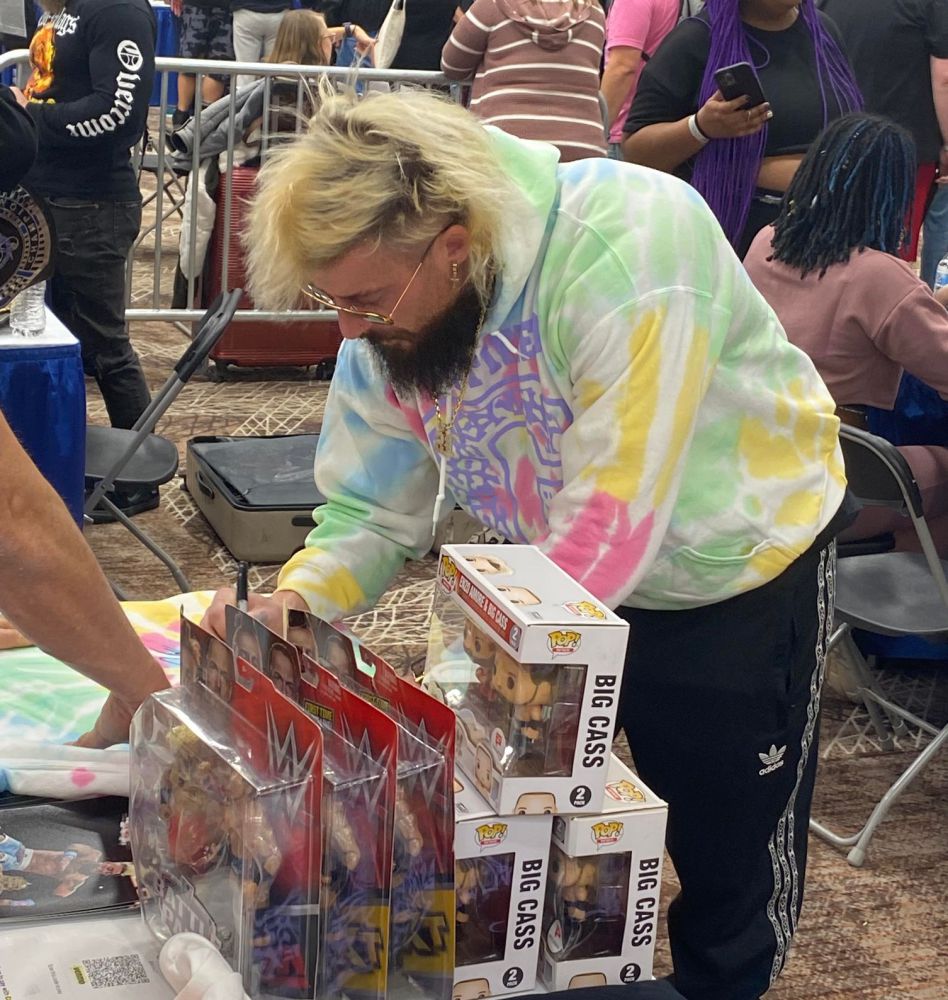 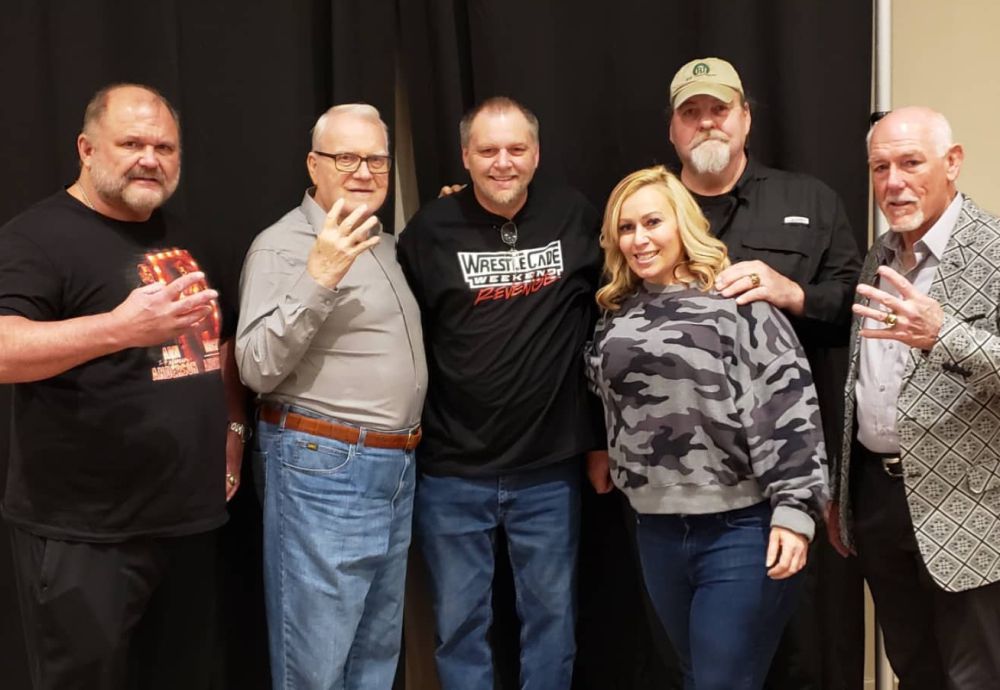 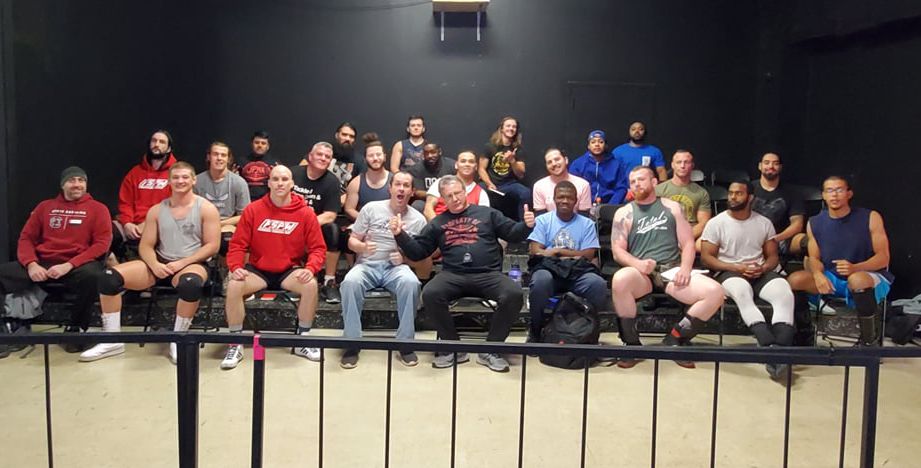 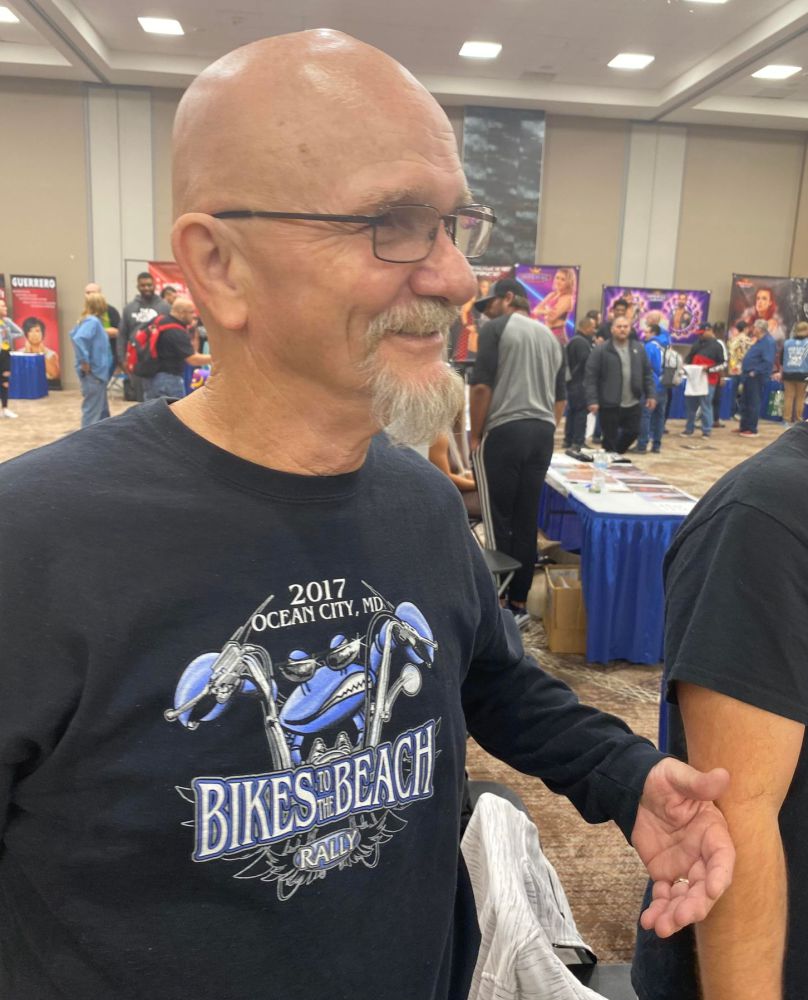 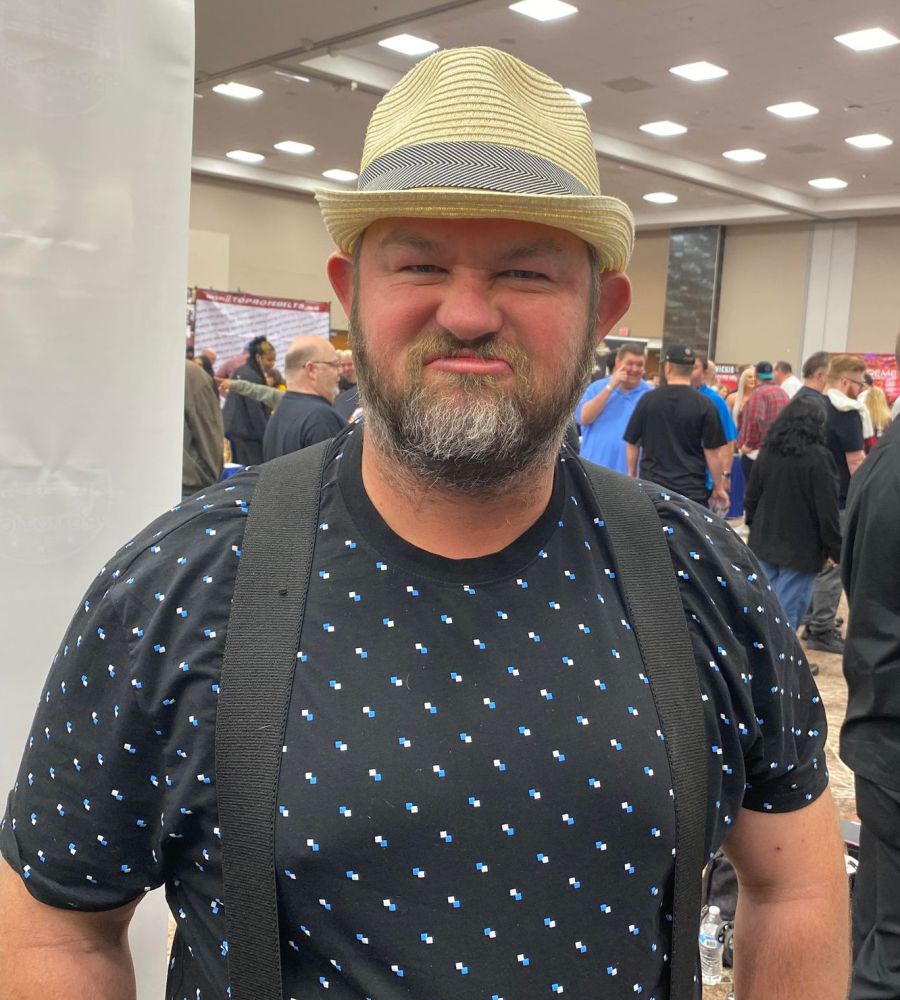 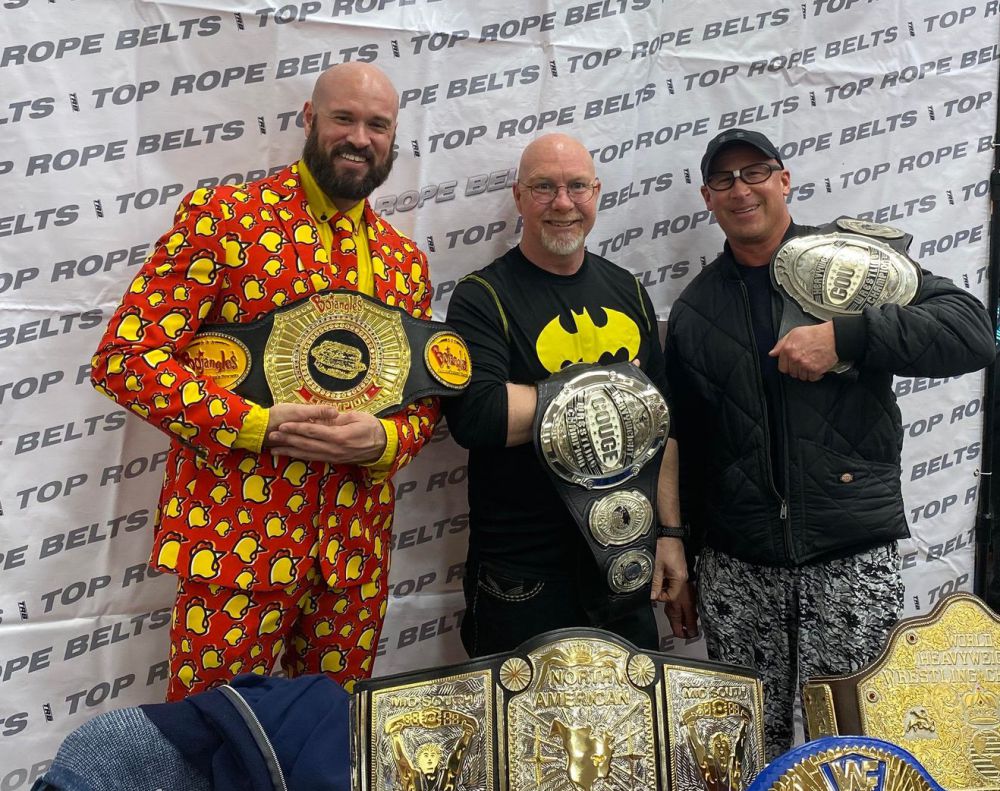 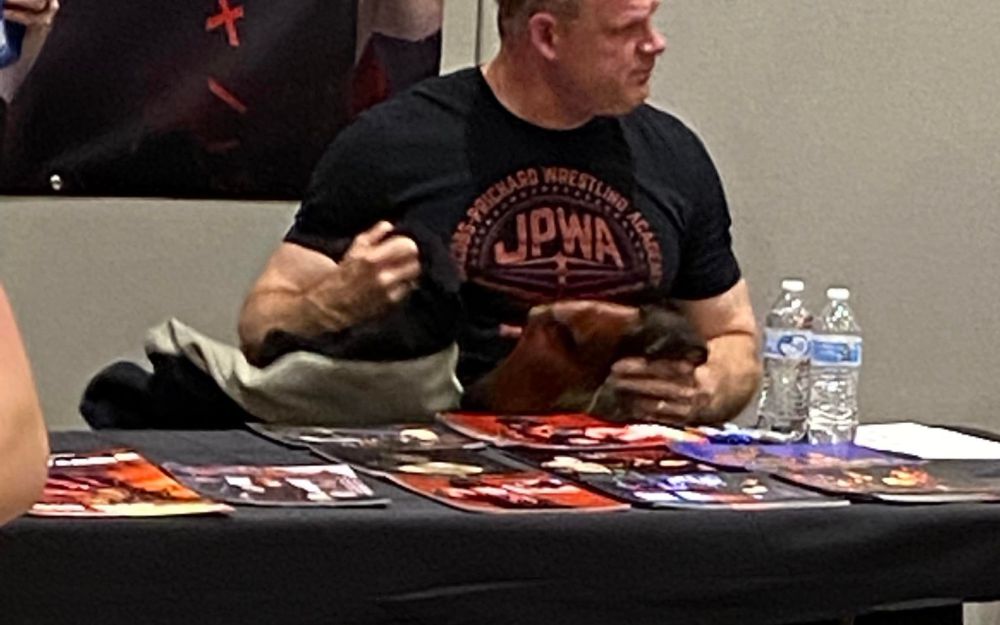 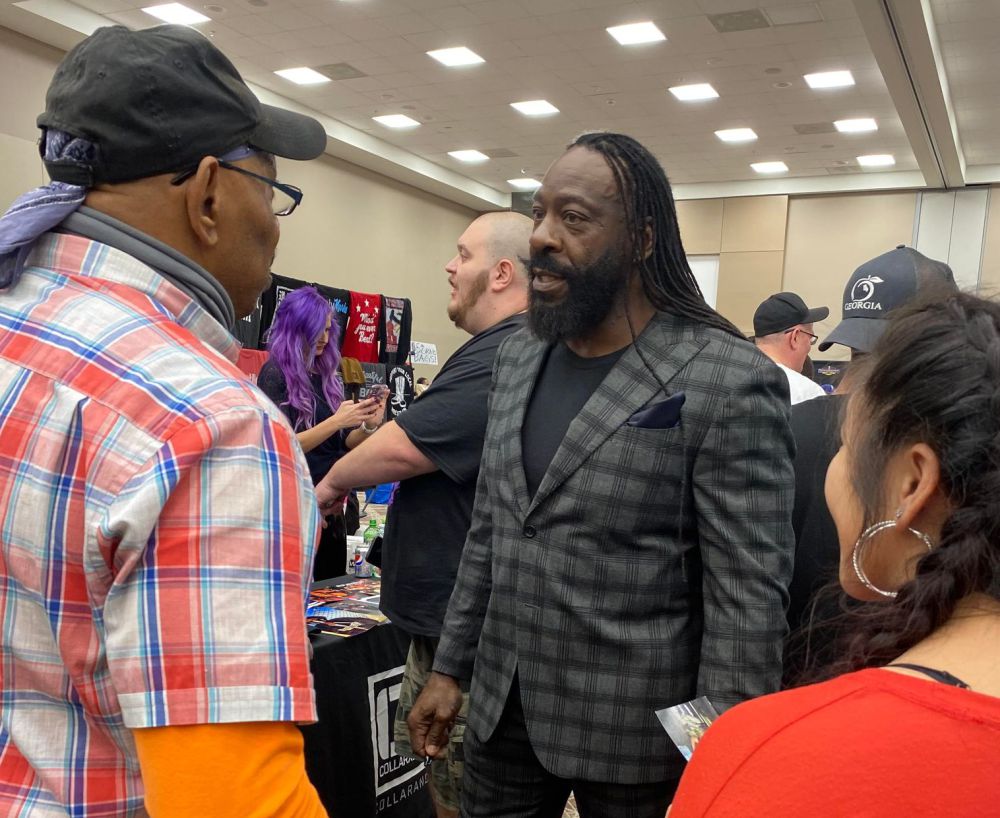 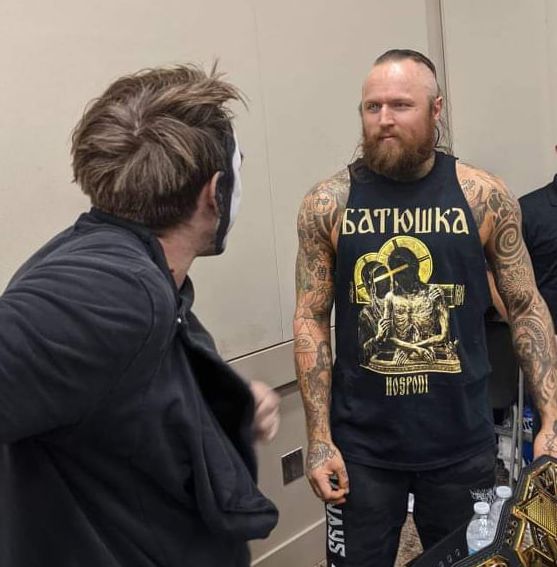