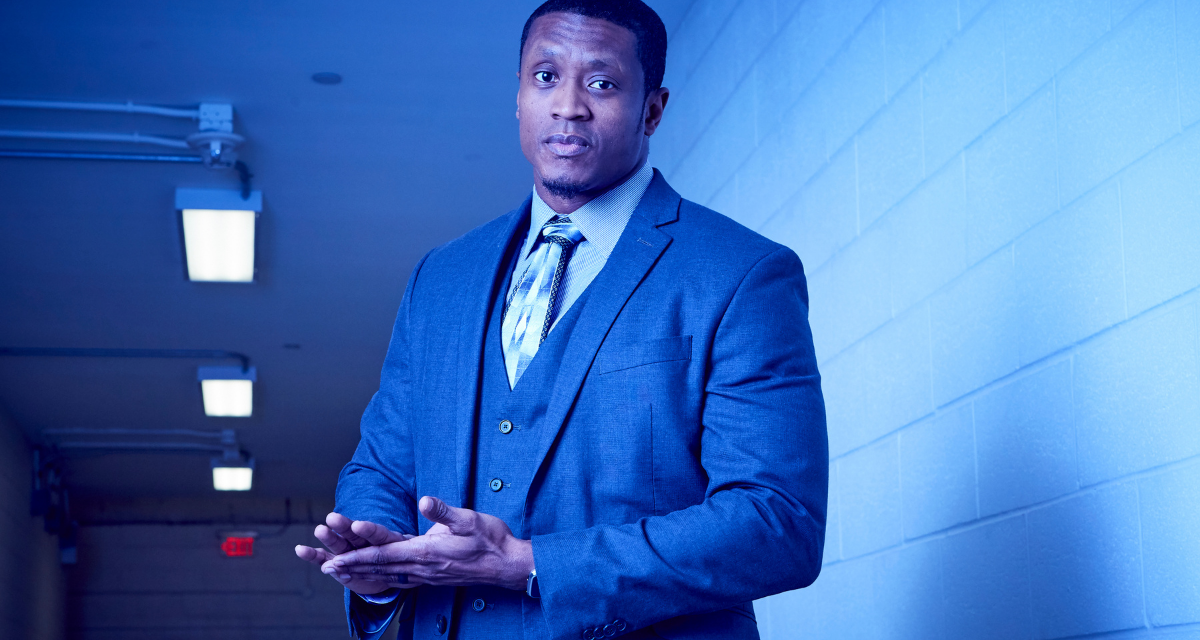 Caprice Coleman, wrestler, announcer, preacher, and more, has a lesson in etymology.

The word is hopefully, and it directly ties into the future of Ring of Honor, which announced it would be going on a hiatus after next month’s Final Battle pay-per-view.

“If you use the word hopefully, in its correct term, it means you really believe something’s going to happen,” said Coleman on the phone with SlamWrestling.net. “I am very hopeful in Ring of Honor’s return, that something great’s going to happen and I’m urging you to look forward to it.”

He is also looking forward to getting back in a Ring of Honor ring, and his match against The Beer City Bruiser airs on this weekend’s ROH TV show. Their mini-feud dates back to Death Before Dishonor where Coleman was a surprise Honor Rumble entrant, and eliminated Beer City Bruiser.

But Coleman, a regular announcer on ROH, is quick to note that he is still very much a busy wrestler, just not in ROH.

“I’ve been active for a while. The only time I took off was when I was made exclusive with Ring of Honor and slid into the color commentary slot, because I was exclusive as an athlete,” he said. “Then, when things got moved around, I was offered the color position, and I took it. So that kind of kept me from wrestling anywhere else until I requested to be able to wrestle other place to kind of keep the dust off the cape or whatever. I’ve stayed in shape.”

Coleman is downplaying the “staying in shape” part. For a 44-year-old, he is in phenomenal shape, and he’s the current champion of the AML promotion, heading into a big WrestleCade weekend, November 26-28, 2021 at the Benton Convention Center in Winston-Salem, NC, where he’ll likely wrestle all three days. 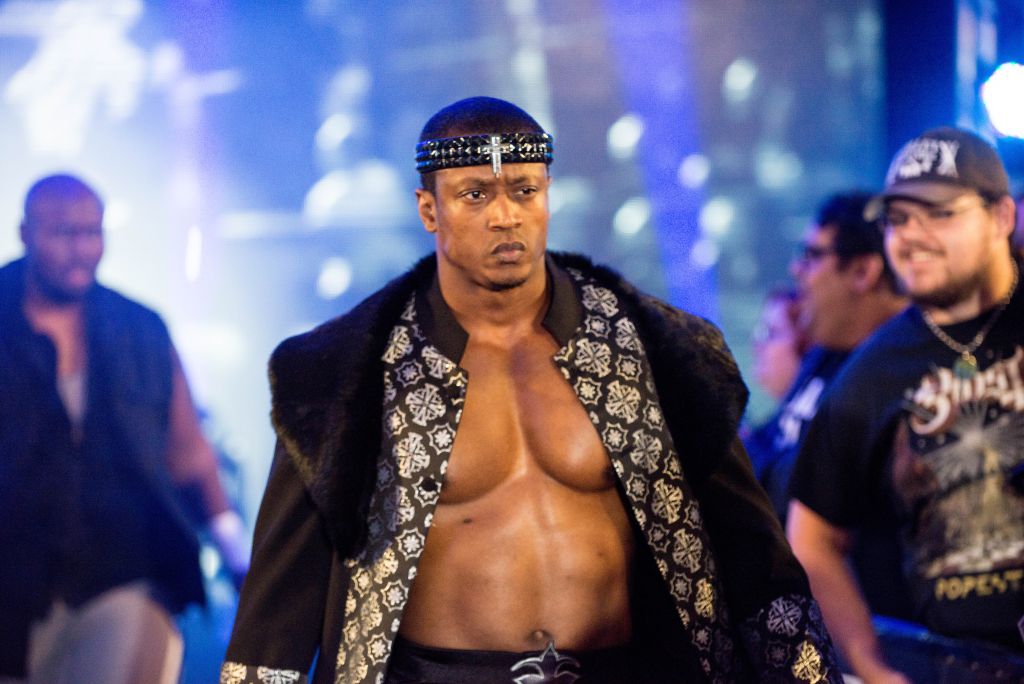 Caprice Coleman heads to the ring. RING OF HONOR/Roy Harper

He doesn’t have a bucket list of people he wants to face, though. “There’s some guys that I have my eye on that I don’t really look at and be like, ‘Oh, I want to wrestle that guy.’ I just admire some people in and I’ll let them know, man — ‘Hey, you’re doing a great job, keep doing what you’re doing.’ That’s the type of person that I am. If I fit in somewhere, then I go there and do what I have to do. But I don’t think I’m one of those type people that’s like, ‘I want to wrestle so and so.’ I just want to wrestle, I want to have good matches, I want to have a good time, and I want people to get their money’s worth. Whether it’s me wrestling or me telling the story of pro wrestling, I want the fans to be able to watch it and get what they paid for.”

As the ROH color commentator and with his “A Dose of Colemanism” video clips on the promotion’s website, Coleman has been delivering and again.

“I really fell in love with color commentary, being able to tell the story of pro wrestling,” he said, reminiscing about all that he’s been able to do in ROH.

“I would say that all of my roles in Ring of Honor, I’ve had some type of speaking role.” Coleman noted. “Even when I was in C&C Wrestle Factory [with Cedric Alexander], I was kind of the main speaker and, Rebellion and then the talk show [Coleman’s Pulpit] and I’ve always had speaking roles — and I was always grateful for them.”

Whatever happens when ROH ends its hiatus around WrestleMania time, Coleman is cool with it. During all his time in ROH, he’s been learning, absorbing, improving, to the point he knows he can roll with it.

“I love the sport, I love telling the story of the sport, I love wrestling, I love managing, I love producing, I love creative, I love all of it. And I thank God, that with my 11 years in Ring of Honor, they’ve allowed me to be part of all of that in some form or fashion,” he said. “To be as versatile as they have allowed me to be has also increased my resume to make my worth go up, and so I’m worth more now. I feel like anywhere I go, I have more to offer than just being a wrestler. I can be a multifaceted player.” 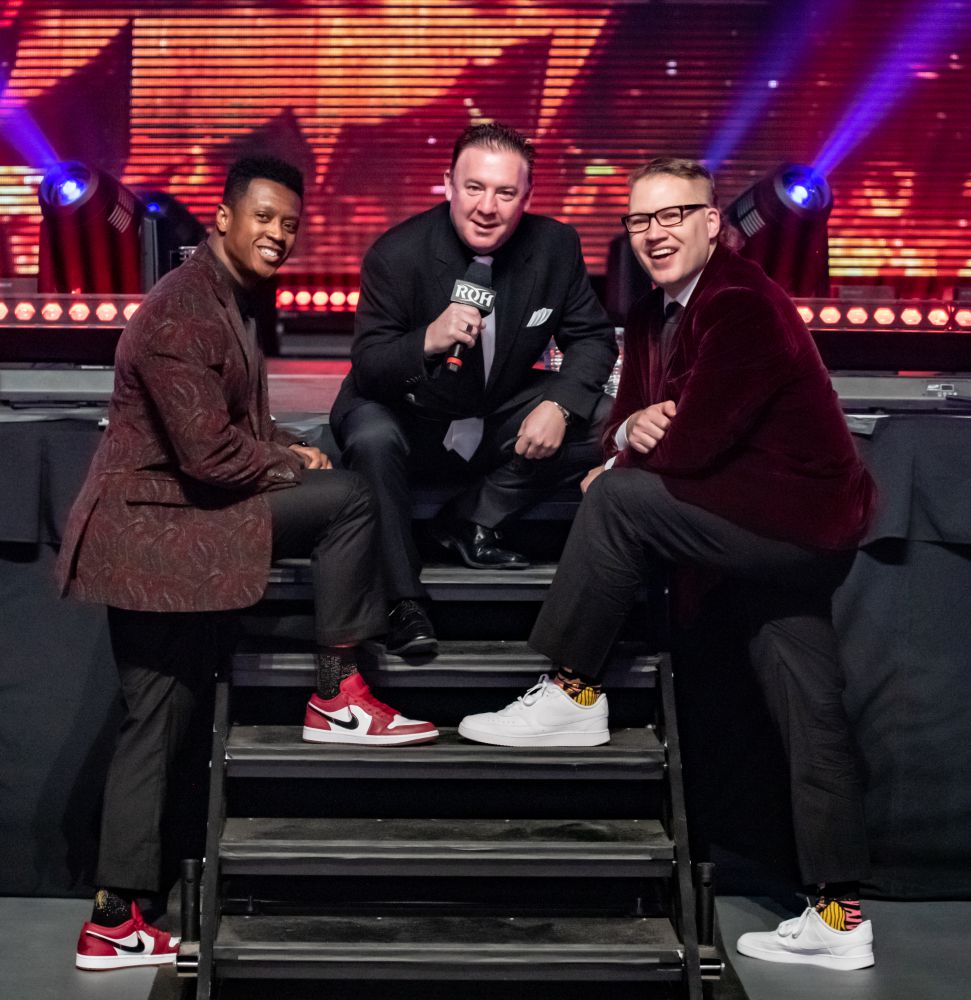 ROH heads into Sunday’s Honor For All special, which airs exclusively for HonorClub members, starting at 7 p.m. Announced matches include ROH World Champion Bandido facing Demonic Flamita in a No DQ match, The Briscoes defending the GCW Tag Team Championship against Effy & AJ Gray, the ROH tag champions The OGK defending against Dragon Lee & Kenny King, and a women’s four-way with Quinn McKay vs Vita Vonstarr vs Holidead vs Trish Adora, among others matches.

But it’s inevitable to look ahead to ROH Final Battle on Saturday, December 11th, which could be indeed the company’s final show.

“When I was at the last TV taping for Ring of Honor, the attitude that the wrestlers have is they believe in Ring of Honor. And it’s very unfortunate that Ring of Honor has to go on the hiatus. But the wrestlers really believe in the product. They’ve already said they’re putting everything on the line, because this could be — in some people’s eyes — this is Final Battle. And it is a final battle for this era of Ring of Honor. So this is the most legit Final Battle ever, if you really think about it. They’re going to pull out all stops, and it’s definitely going to be way more than your money’s worth, because it’s going to be the night that everybody puts their life literally on the line for this company to show you why, that even during this hiatus, you should not give up or Ring of Honor.”

Coleman is an optimist, but a realist too. “Whatever happens happens. They told us all what they were doing, and I believe whatever they say, they’re not going to make up — they’ve never lied to me. We’ve been encouraged to do whatever we want to do, and when they pick back up, they’ll pick back up.”

He has plans to be back in ROH in the new year.

“Don’t give up on us, man. Ring of Honor’s going to re-surge and it’s going to come back greater than ever — I am hopeful of that.”