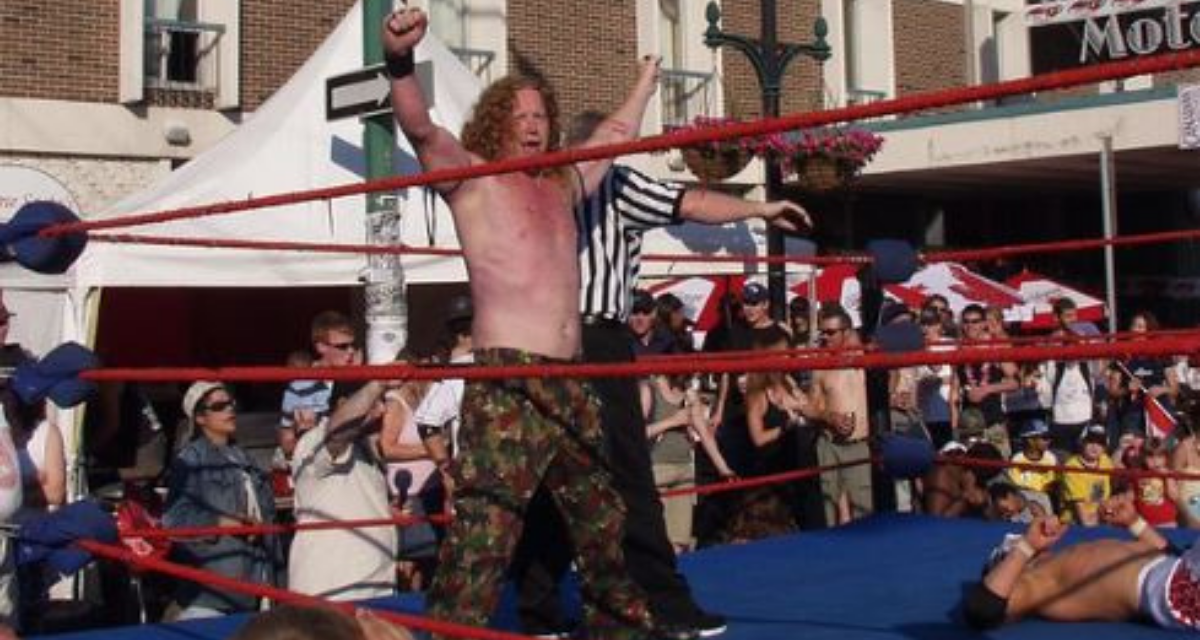 It is with the utmost sadness that I have been asked to announce that Jean Claude Abraham, well remembered in his hometown of Winnipeg as the professional wrestler Bruiser Bastein from 1994-2006, passed away in his home in Vancouver on October 1, 2021, at the age of 52.

Jean, who became an urban legend because of his larger-than-life presence in Winnipeg’s Osborne Village during the height of the Canada Day festivals, began wrestling in late 1990 and blossomed when he battled his way to the top of the cards in 1994 as “Bruiser” Bastein. He asked no quarter and gave none, and basked in the spectacle of battle.

As reported in the Winnipeg Sun, the owner of the Osborne Village Inn – the infamous “Zoo” – “Chuck Green put the ring right in front of the beer garden on Canada Day, we made the front page of the Sun, and stars Chi Chi Cruz, Suicide Stan Saxon, and Bruiser Bastein never had to buy a drink in The Zoo again.”

Bastein loved wrestling and loved the lifestyle and camaraderie. There was no one better at watching your back. He was stubbornly independent, clever with a pun and a great teller of jokes.

Many of the nicknames he invented have lasted all these years in the various retellings of his high-jinks at the Zoo, the Grant Hotel, as a legendary security official at Scandals, as a wrestler, and while managing a tanning salon on Corydon.  Terms like ‘Green Swan’, ‘Pull-string Pam’, ‘Senor Cruz’, and enjoying a ‘barley-based beverage’ are heard to this day.

His wrestling name, Bruiser Bastein, was slapped on him for his red hair and slight resemblance to the legendary Red Bastien. 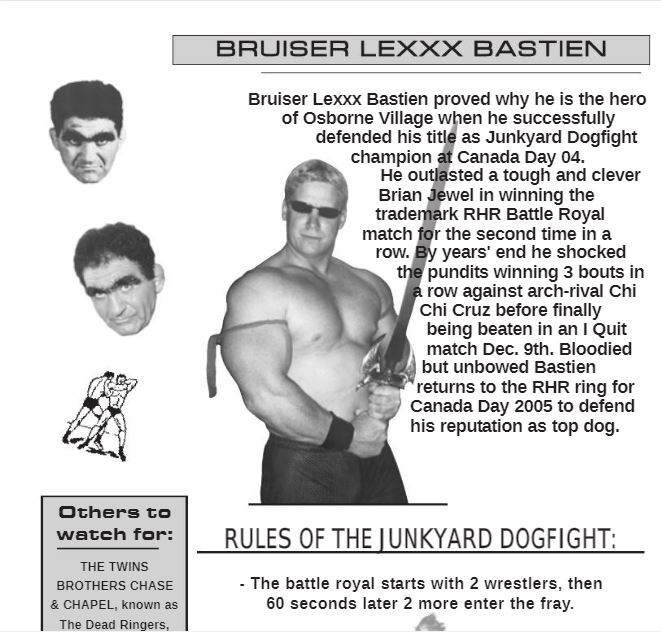 Despite his operating the tanning salon almost single-handedly and developing a sizeable customer base, he was swindled out of his bonus by the ex-con who sold the business. Bastein resolved to start a new life and, after selling his land in St. Anne in late 2007, he relocated to Vancouver where he enjoyed the lack of winter weather and abundance of gyms in equal measure. He made new friends who shared his love for food, fun, bike rides around the gorgeous Lower Mainland, and occasional misadventures. He was particularly proud of meeting Arnold Schwarzenegger and being complimented on his physique by his idol.

No one was more generous with their time or giving of their ability to help a friend with problems or in need. From fixing a sink to helping find a great SUV to resolving ‘tenant issues’, he would leap to assist any friend in a bind. He loved his cat Schmoe, loved children, and loved Canada Day and his country. He was born on June 29, 1969, and every Canada Day was a joyful culmination of a three-day birthday celebration for him.

Bastein passed away in his sleep and was found in his bed by people who loved him and have since attended to his affairs. His friends in Winnipeg are deeply grateful to them for caring for Jean and ensuring his possessions were preserved. 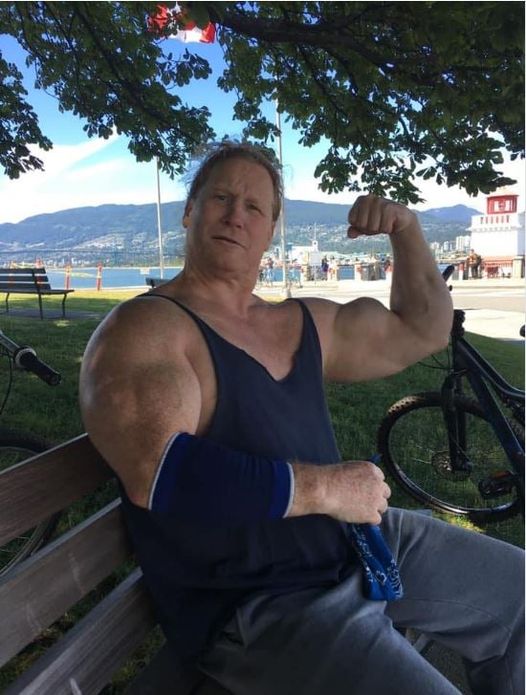 A recent photo of Jean Abraham.

A one-hour memorial service for Jean Claude Abraham is planned for Wednesday, November 10, in Vancouver starting at 3 p.m. local time (5 p.m. in Winnipeg) at Glenhaven Memorial Chapel, 1835 East Hastings St.  Please pass along positive thoughts about our dear friend and the good things he did to help people and make the world a happier place.