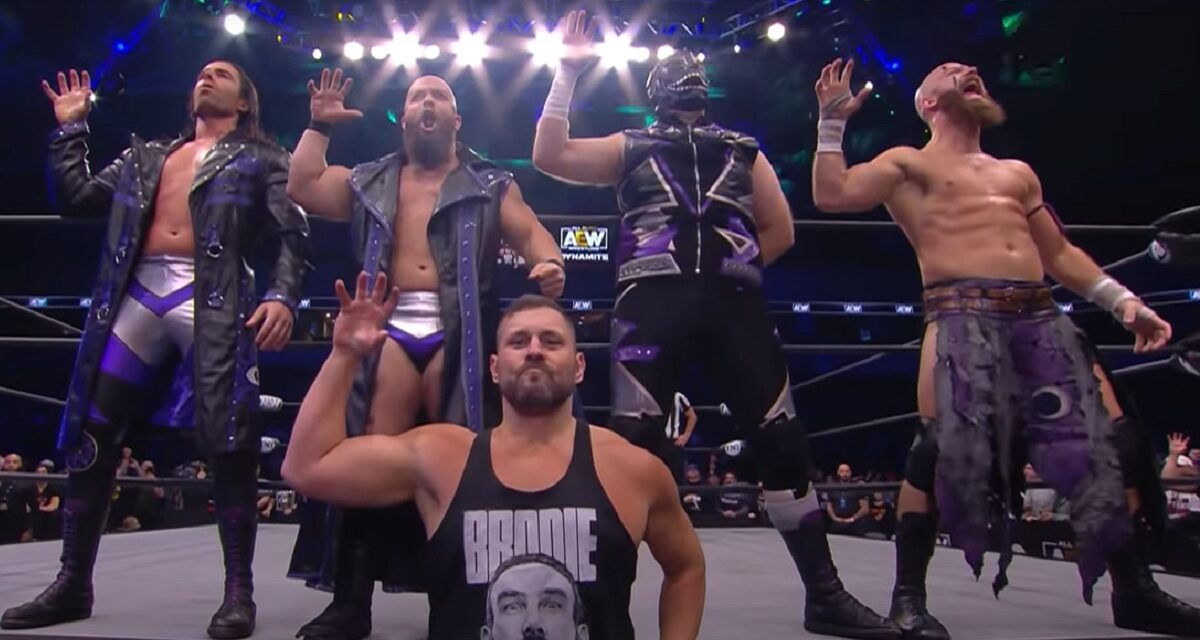 Hey yo, AEW fans, and welcome to this week’s coverage of Dark Elevation. This week’s show was packed, and so was a bit on the longer side, running at just under an hour. But the matches flew by, and there were a couple of hidden gems that you should seek out and watch.

There weren’t too many up-and-comers featured this week. Other than Dean Alexander, Danny Adams, and Tootie Lynn, the rest of the card was stacked with familiar AEW stars. Personally, I like to see new talents get exposure on these shows, so this was a bit of a surprise, but I can’t say it was a bad one.

The Butcher and the Blade looked good in their return – which fans have been waiting a s surprisingly long time for) – and had a great bout against Best Friends (Wheeler Yuta and Chuck Taylor). Matt Hardy and Dean Alexander had a really fun match, and Dean showed he is really one of the kings of enhancement talent, in that he can go and put on great matches in losing efforts.  Ruby Soho seems to be getting more comfortable in an AEW ring (I like Ruby but thought her performances in her first month looked a big forced), and she was the MVP of her tag match.  The Main event was a big one – an 8-man tag pitting the Dark Order against 2point0 and the Acclaimed – and it did not disappoint. All eight men looked like they were having a great time in the ring and their performances were top notch. If you can only watch one of the matches from the show, this is the one worth checking out.

1. Powerhouse Will Hobbs (w/Hook) vs. Danny Adams. This was a quick squash match. Hobbs looked great, as his combination of speed and power are deadly. Hobbs hit the Town Business Slam and followed that up with the Torture Rack for the submission.

2. The Butcher and The Blade (w/the Bunny) vs. Best Friends (Chuck Taylor & Wheeler Yuta). In a great back and forth tag match, Wheeler would get caught in the True Death combination Power Bomb and Neck Breaker, and Butcher pinned him.

3. Riho vs. Tootie Lynn. Riho sells so well that I almost thought we were going to get an upset here. Tootie was game in her debut, but Riho put her away with the Double Foot Stomp from the top rope for the easy three-count.

5. Nyla Rose and Emi Sakura (w/Vicky Guerrero and Lulu Pencil) vs. Ryo Mizunami and Ruby Soho.  Rose and Sakura have been tagging a lot lately and were working together pretty good. Nyla would get the better of Mizunami, but after Ruby Soho got the hot tag, she ran wild and hit the No Future kick for the win. I really like Ruby Soho, but don’t like her finishing move.

6. The Acclaimed and 2point0 vs. The Dark Order (Evil Uno, Stu Grayson, John Silver, and Alex Reynolds) (w/Colt Cabana). Everyone got their spots in during this action-packed main event. The end came with with John Silver running wild and the Dark Order teams hitting their double team finishers on Parker in a very fun main event with a great ending.