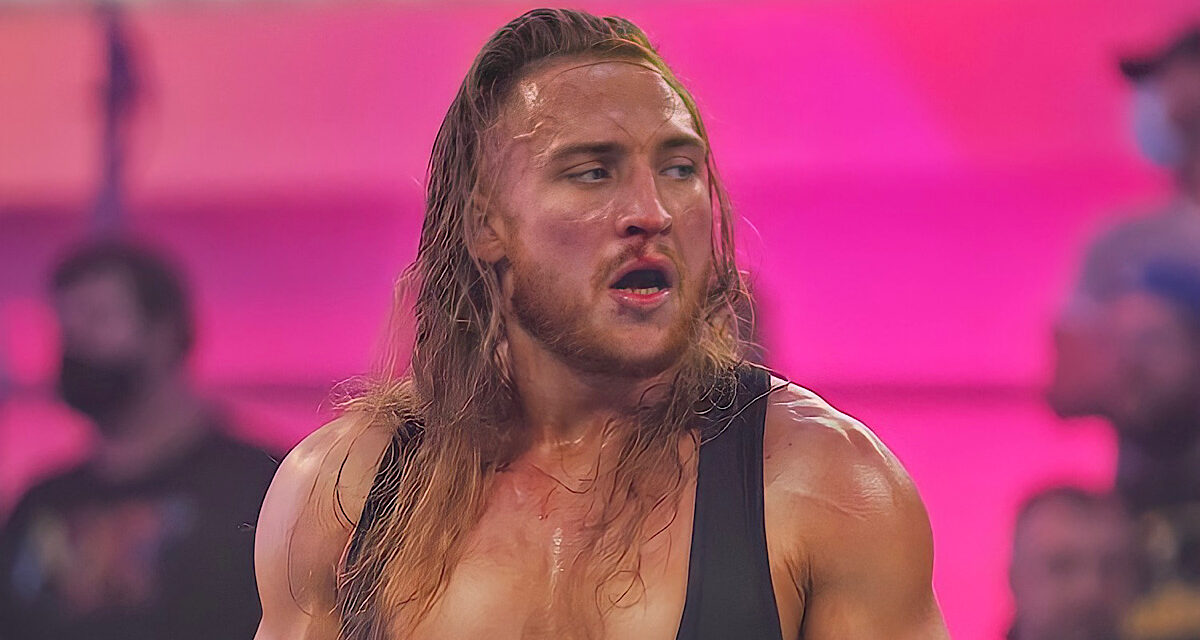 As the actual wrestling portion of NXT loses its significance, two excellent roster members in Pete Dunne and Carmelo Hayes gave a main event matchup to find faith in. The Orlando, Florida audience stood on their feet, chanted “fight forever,” and enacted other positive cliches in NXT’s closing minutes. But was the climax worth another episode of Toxic Attraction, silly segments, and even more Toxic Attraction?

It isn’t Groundhog Day, but Toxic Attraction yet again opens the show. Shirai enters next followed by Catanzaro and Carter, who come through the crowd giving out bracelets. Despite their TikTok dancer gimmicks (no, seriously), the returning duo outperforms the opposition, hitting quick aerial offense before picture-in-picture. The ringleader Shirai hits the top-rope moonsault, but a pinbreak puts the comeback in Carter’s hands. Ringside distraction gives Gigi Dolin an opportunity to strike, getting the pinfall for herself, Jacy Jayne, and Mandy Rose.

Pete Dunne is back, responding to a name drop from Tony D’Angelo. His backstage interview is interrupted by Carmelo Hayes and Trick Williams — who are indeed “‘bout it ‘bout it,” but the parties part without getting physical.

The MSK sitcom (there’s no other fitting descriptor) continues as Wes Lee and Nash Carter are headed to the airport. To be fair, their personalities are finally shining through.

Don’t question NXT 2.0 logic, but Toxic Attraction is still posing onstage when Ray brushes past. The trio loves their screen time. Commentary explicitly says that Sarray “risks being forgotten about in the women’s division,” but it’s probably too late. She takes majority control before Ray slams her into the announce desk, thereafter hitting the KLR Bomb for three.

Joe Gacy sounds like a youth pastor in discussing opponent Boa and potential teammate Harland. Is Gacy looking to run a cult or a ministry? Is it the same difference?

Bron Breakker wrestled on the WWE UK tour against Tommaso Ciampa and Sami Zayn. Needless to say, his future is brighter than these NXT arena lights.

Jacket Time vs Diamond Mine

So Ikemen Jiro and Kushida are Jacket Time, complete with stereotypical Japanese pop music and animation. As The Godfather said, “ Look how they massacred my boy!” Diamond Mine’s Creed Brothers do further massacring of a different kind, pummeling the opposition with insane power and intensity. But with double springboards, Jacket Time takes control before commercial. Commentary equates ripping Jiro’s blazer off to removing Rey Mysterio’s mask before Julius Creed hits a gutwrench for three. But before long, big Odyssey Jones runs through Roderick Strong ringside and sends the remainder of Diamond Mine running.

In the parking lot, Toxic Attraction’s Mandy Rose says she isn’t fazed by Kay Lee Ray. In comes Raquel Gonzalez on a motorcycle, taking it ringside. Gonzalez takes the mic to call out Dakota Kai, who appears brooding and literally twitching. Thankfully, Cora Jade blindsides her, although not to Gonzalez’s approval.

Mental toughness is this week’s lecture at Andre Chase University. A student, Gabriel, brings up Chase’s flub from last week, which makes the professor lose his cool. Out of all NXT comedy characters, Andre Chase certainly is one.

MSK’s sitcom is gifted with a Grizzled Young Veterans cameo — although this is possibly separate. However, GYV’s montage of stealing delivery food has to mean something, right? Right?

Now that NXT in general matches Grimes’ ridiculousness, his once successful juxtaposition is muddied. For example, Duke Hudson enters the ringside area after losing a poker game to Grimes last week. But he makes the comeback, hits The Cave In, and captures the victory. Hudson steps in-ring and calls Grimes a hick, but the latter stands his ground. Hudson issues a “poker showdown” challenge for next week, and “he’s on.”

Sikoa throws a mean right, and his in-ring game looks great. Waller and Knight form a temporary partnership against the Samoan, but the one-upmanship breaks them apart. The matchup becomes an exciting three-way exchange, but it’s Sikoa’s splash on Knight that lands him the victory. What does Knight’s future hold in NXT? More pin eating perhaps?

Persia Pirotta and Indi Hartwell are interrupted backstage by the man, the myth, the legend, Tony D’Angelo. He hands Hartwell a dead, but not fresh, fish to give to Dexter Lumis.

Legado del Fantasma is ringside of course, but Santos Escobar is missing again. Lopez makes it short, hitting a powerbomb on Yan for three. Lopez calls out Xyon Quinn and offers him a spot in LDF, which he respectfully declines. Joaquin Wilde and Raul Mendoza take offense and subsequently take Quinn’s offense before Lopez falls into his arms.

WarGames returns on December 5! Will the double cage be spray-painted neon pink?

It’s finally time for NXT’s one, singular highlight matchup of the week. “The Bruiserweight” is back and his joint manipulation is too. On the outside, Dexter Lumis joins commentary but doesn’t say much considering he’s mute. Dunne keeps control throughout picture-in-picture, but a sick Codebreaker from Hayes turns the tide. His offense is super crisp, but Dunne suppresses the momentum with a powerbomb. They trade quick strikes and reversals until Hayes cinches the Gargano Escape submission. And speaking of which, distraction from Gargano and Lumis gives Dunne the opportunity to hit Bitter End for three.

Thankfully, Dunne-Hayes was something worth watching. It wasn’t the classic that the NXT audience made it seem, but in comparison to everything else, it sure seemed like it. NXT 2.0 is simply a brutal watch.