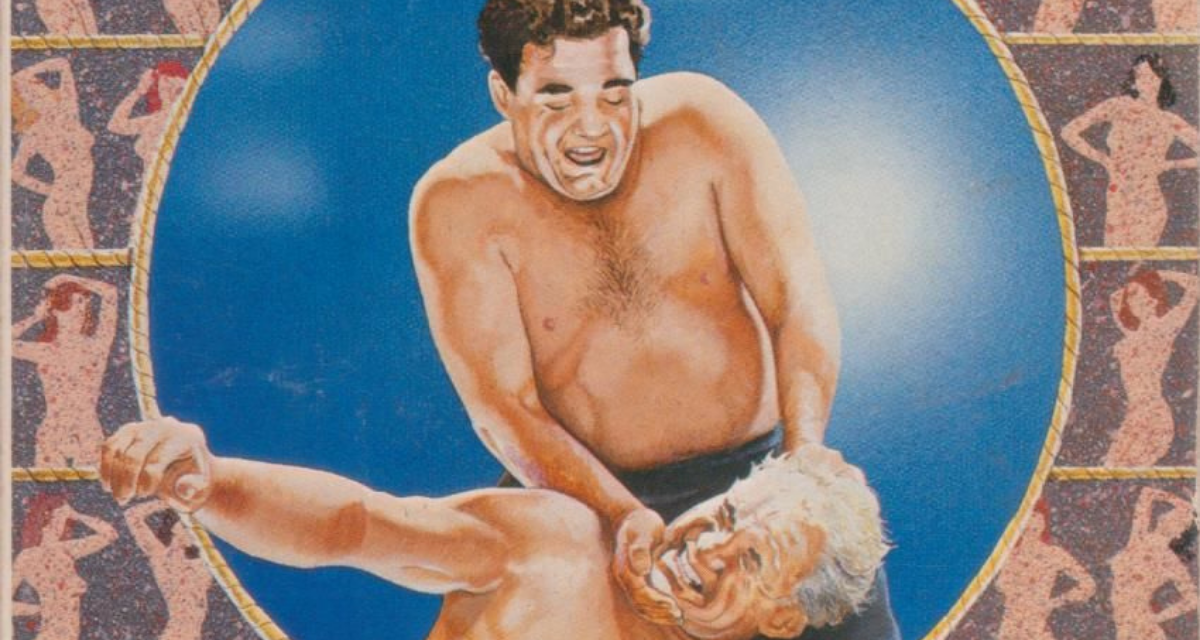 News of the passing of “Dazzler” Joe Cornelius, one of the legends of the British wrestling scene, has been slow to reach North America. Cornelius died on October 30, 2021, after suffering from dementia for years. He was 93.

His daughter, Jane Cornelius, wrote on Instagram that he died “peacefully with no illness… he simply slipped away.”

“Handsome Joe Cornelius must surely be recognised as the greatest British post-war heavyweight discovery,” reports the Weekly Sporting Review, on November 26, 1954. “Six feet tall, just under 15 st., hard as iron, and as fast as any flyweight, Joe is turning out stuff that has the crowds sitting on the edge of their seats.” 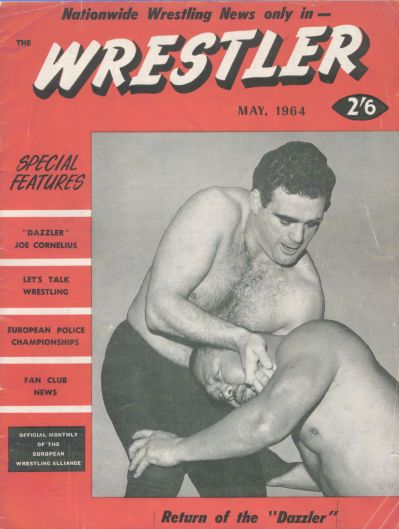 In his 1967 book, This Grappling Game, famed announcer Kent Walton addressed what a good good guy Cornelius was.

They call out cheerful encouragement to the black-haired, gold-cloaked, ruggedly handsome man in the black tights who acknowledges them with smiling cheerfulness. This is ‘Dazzler’ Joe Cornelius, possibly the most popular heavyweight in the game today. Popular with the women because of his film-star good looks. Popular with the men because of his sheer, dead-game ‘guts’. A fine wrestler and superb showman is Joe.

And he was a swell interview too, wrote Walton: “He’s a germ-carrier and the particular germ he carries is sheer love of life. Interviewing Joe will be no chore at all.”

His daughter, Jane, noted something similar in her tribute to her father:

He was a lover this lifetime with many wives, and our ‘Last Mother Still Standing’ ( as his children like to fondly call her) said, “Joe could live at the top of the mountain or the bottom, but wherever he was: he was always happy.”

In a 2005 column on this site, Adrian Street praised Cornelius:

Joe Cornelius, What a presence ‘The Dazzler’ made when he entered the ring, the wavy jet black hair, the dazzling smile … the eyebrows! Damn! He had it all, a personality as big as the Royal Albert Hall and ring savvy second to none, he was like a puppet master with strings fastened to the hearts of every member of the audience, if he laughed they laughed, if he cried they cried, if he suffered they suffered and when he triumphed. Whoops! There goes another arena roof!

Born May 1, 1928, Cornelius was a maintenance engineer on the printing presses of London’s Daily Mirror before two friends, Tony Mancelli and Joe D’Orazio, encouraged him to try grappling. He debuted in Germany, replacing the injured D’Orazio.

Walton asked Cornelius about his debut: “Tony Mancelli. He introduced me to the wrestling game — and the promotion’s doctor. A generous geezer. Gave me my first five stitches!”

By 1955, Cornelius was in the main mix, facing top names like Bert Assirati. Television really helped propel all the British wrestling scene, and Cornelius was no different; he debuted on TV in 1960.

Bigger than many of the wrestlers in the United Kingdom — where different weight classes thrived — Cornelius was able to travel to Europe frequently. He noted to Walton that Belgium was a special place. “Wrestled there quite a bit one time. They loved me, I loved them.” 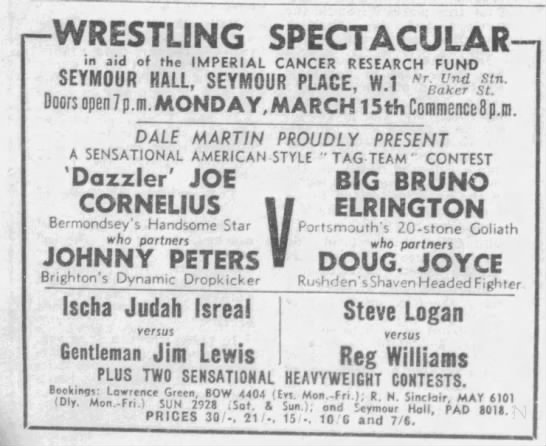 He knew his size mattered. “Why should a ‘heavy’ get more than a lighter man? You buy beef by the pound, mate, but not grapplers. So I’m lucky enough to be a ‘heavy’.”

“The Cockney Cavalier” had a move all his own, noted Walton. “‘Dazzler’ Joe Cornelius promotes a spectacular variation of the head-butt. A flier, often from his own length away. This does not so much as daze and bewilder, leaving the victim if and when he rises, considerably weakened, and sometimes a natural for the ensuing pin-fall.”

In May 1963, Cornelius wrestled Hermann Iffland of Germany at London’s Royal Albert Hall in front of Prince Philip. The UPI report noted “Cornelius was tossed and he landed two feet from the Prince.”

Cornelius also had a hand in helping on the set of the TV show, The Avengers, where he worked with fight arranger Ray Austin to make the fights look good. In 1966, Diana Rigg, who played Emma Peel on the show, credited Cornelius and Austin for teaching her “rough stuff” and added that “It’s fun knocking people about and getting paid for it.” His brother, Billy Cornelius, was an actor, in the Carry On series of films, and a noted stuntman. 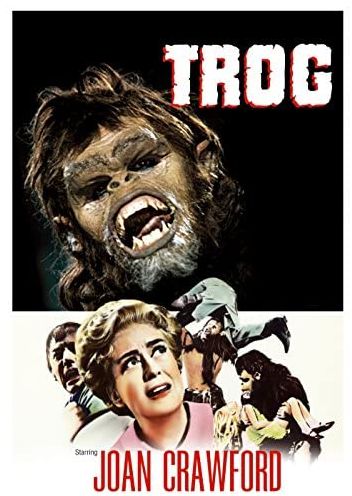 Dazzler himself had a major role in the 1970 Joan Crawford movie, Trog (one of her last movies). The IMDB description of the movie: “A sympathetic anthropologist uses drugs and surgery to try to communicate with a primitive troglodyte who is found living in a local cave.” And who was that “primitive troglodyte”? Cornelius. His IMDB entry lists main uncredited roles.

Away from the ring, he operated a hair salon throughout his career. 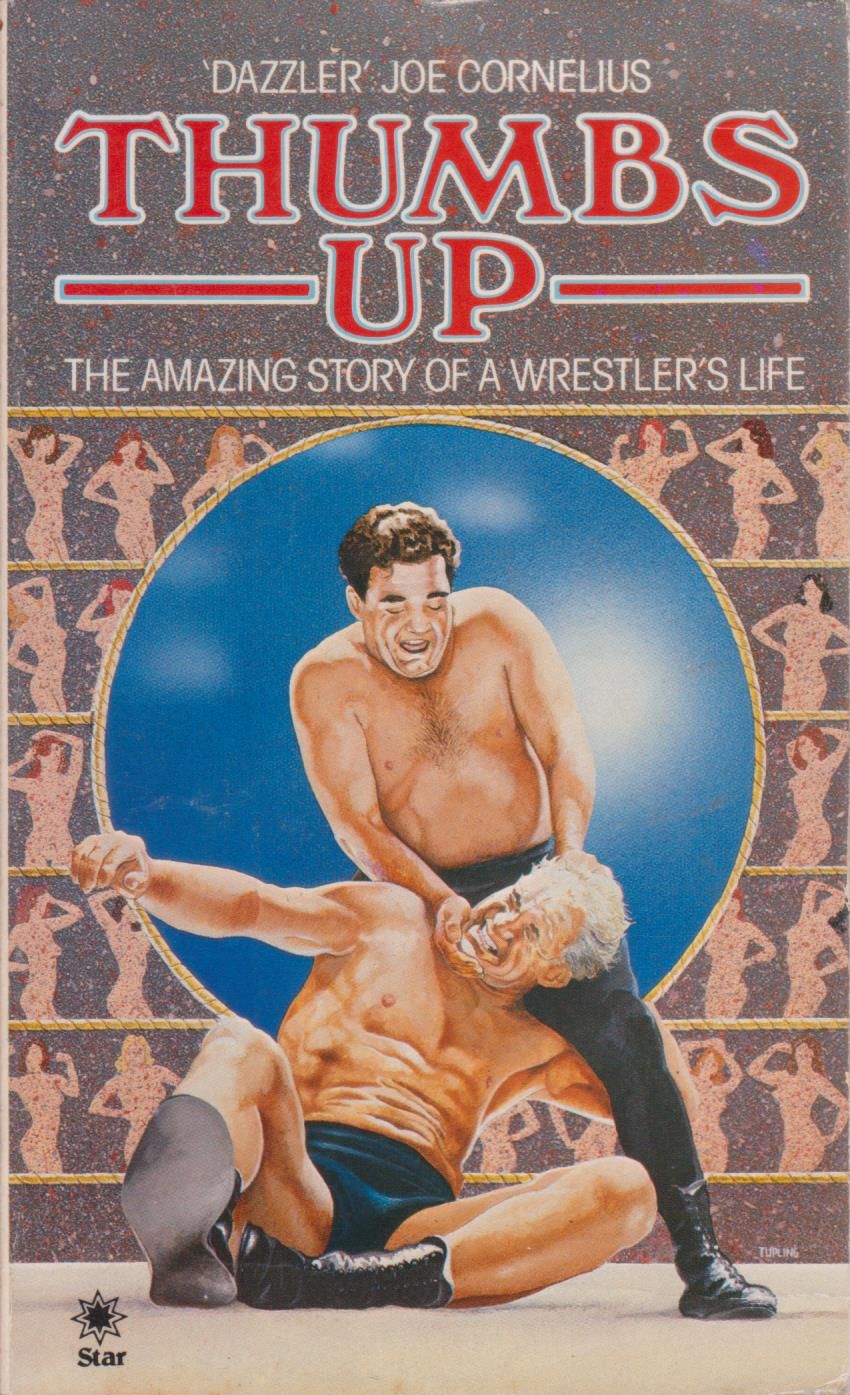 In 1967, Cornelius hung up the tights, while he was still the Southern England Heavyweight Champion.

No regrets, as he told Walton: “[It’s] a rough, tough business. I love every minute of it, mind.”

His autobiography, Thumbs Up, The Amazing Story of a Wrestler’s Life, came out in 1984.

After wrestling, Cornelius ran a pub, including the Albion Pub in Pimlico and then Turners Arms, which became the initial home for the British Wrestlers Reunion. Upon retiring from slinging beer, Cornelius moved to Cyprus. He spent the last years of his life back in England. 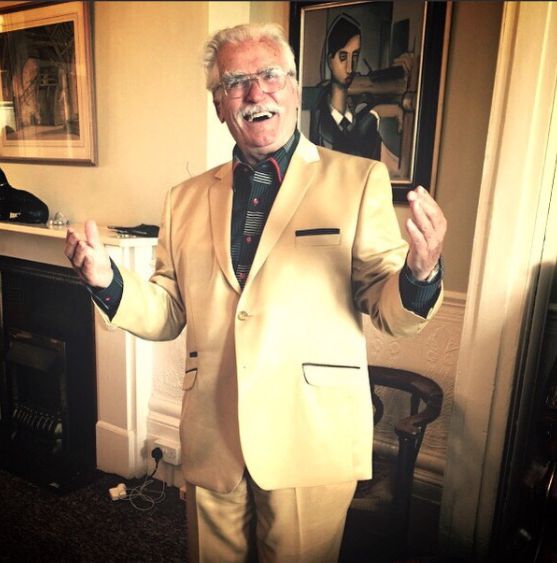 Jane Cornelius posted this to Instagram a few years back: “My dad the ‘Dazzler’ Joe Cornelius. 85 and he just bought a gold suit that he adores. I feel blessed I have his genes. #FamousBritishWrestler”