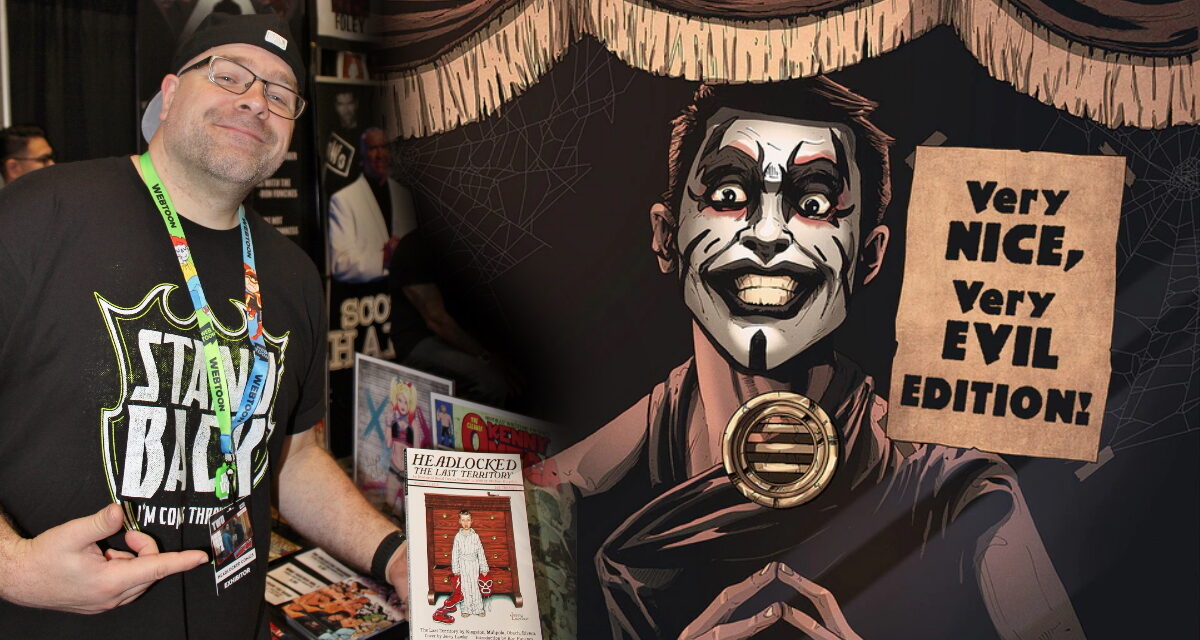 Michael Kingston was not a fan of how wrestling had been treated in the comics. “[They] were just not good. I never got the impression those comics were made by wrestling fans or for wrestling fans. They made insulting, derisive stuff,” he recently told SlamWrestling.net.

Not impressed, it prompted the once hopeful biochemist and current trucking logistics specialist to try his hand at (w)righting those wrongs. A depiction of Headlocked protagonist Mike Hartmann’s quest to become a professional wrestler.

The result is the popular Headlocked series of comic books.

During his childhood, Kingston’s hobbies included the two mediums of comics and pro wrestling. “It was George The Animal Steele who first caught my eye… I couldn’t turn away, it blew my mind. I’ve watched some form of wrestling every day of my life since,” he said.

Even then he was doing his own mashups. “I used to play wrestling with GI Joe guys. To me as cool as it was, the rubber LJN things were the dumbest thing.”

Unsurprisingly, the writer also was a voracious wrestling reader.

Wrestling magazines introduced Kingston to the backstage aspect of pro wrestling and then deeper into the locker room with the so-called “dirt sheets.”

Upon entering college, Kingston’s comics and wrestling took a backseat. 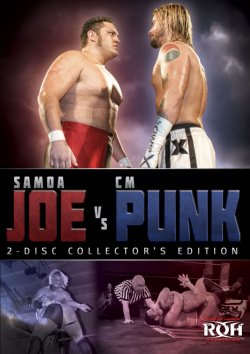 What got him back into the sport was what would become crucial to the content of Headlocked itself: The indies. Specifically it was Ring of Honor in 2004 and, in particular, the Samoa Joe versus CM Punk trilogy that “reinvigorated” Kingston.

The revelation of different approaches to pro wrestling outside the mainstream prompted Kingston to rethinking wrestling and comics, which had so disappointed him a decade prior. “Concrete: Think Like a Mountain [by Paul Chadwick] made me want to write a wrestling comic. It was so nuanced and interesting.” The 1996 comic allowed him to view the possibilities in comic book storytelling in a new way. It was then that he decided that he would be the change he wanted to see in the wrestling comic book world.

But despite the obvious crossover appeal, Kingston found comic book publishers and shop owners were not believers. “Some editors laughed [me] out of the room.” 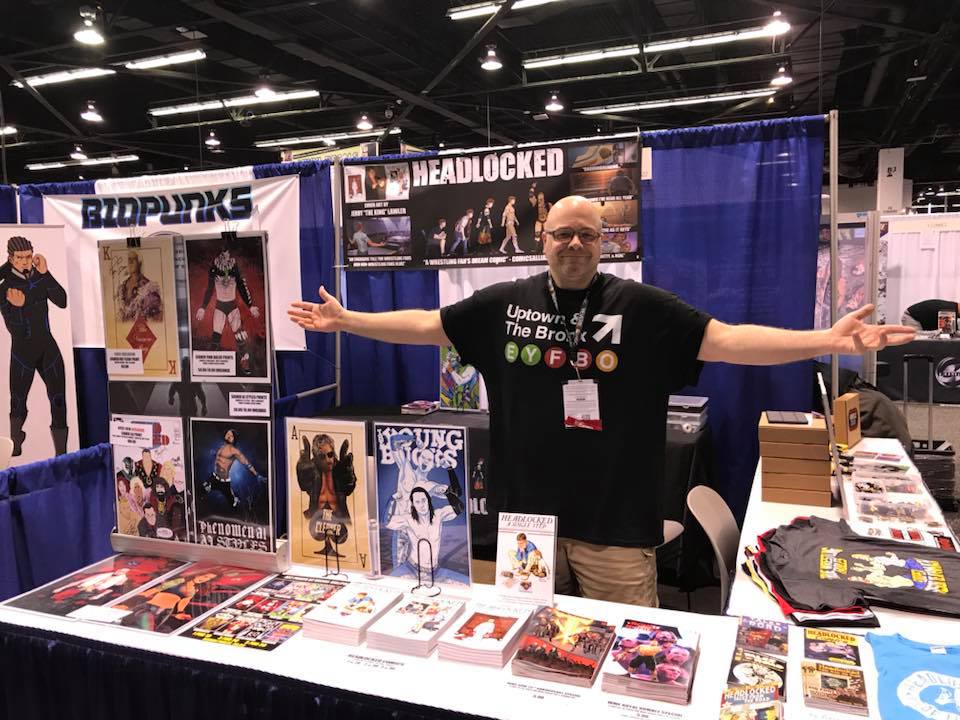 Michael Kingston behind the gimmick table at a comic book convention.

The uphill battle of Headlocked has been a passion project. Kingston paid out of pocket in the early days to not only have the book and art produced but for convention tables and related expenses himself. Incidentally enough it was through indy wrestling and ROH that he would find his niche and greatest success. “Wrestlers that were at the shows, like Hurricane [Helms], Rob Van Dam, Christopher Daniels, would buy my book and tell me they liked it.”

This is what has led Kingston to enlist wrestlers on his creative team and most notably his cover artist Jerry “The King” Lawler. Tales From the Road Volume 2 is currently in its end run, crowdfunding through Kickstarter.

One last plug from Kingston: “To date, we’ve collaborated with over forty wrestlers on stories  for Tales From The Road from legends like Ric Flair and Sgt. Slaughter to current stars like AJ Styles, Samoa Joe, Christian, and Kenny Omega! We’ve told stories in just about every genre you can imagine from a Troma-inspired urban legend by Dolph Ziggler, to a Christmas-themed tale from the legendary Mick Foley to a video game based story with Kenny Omega.”