‘Way of the Blade’ a bloody good resource 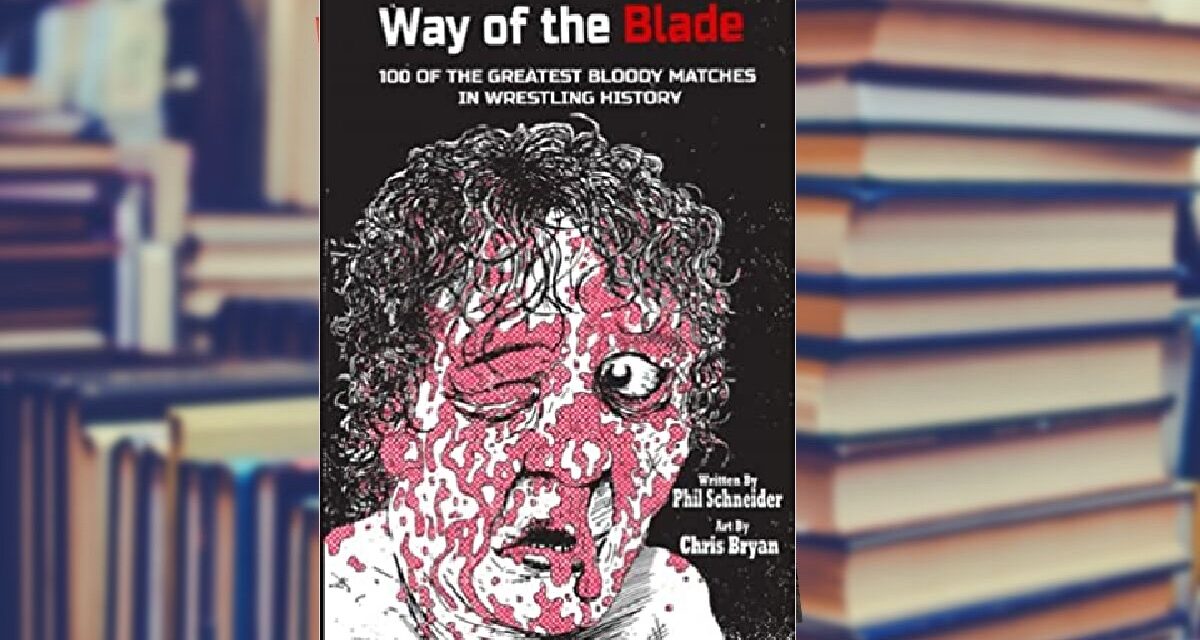 What’s black and white and red all over? While that sounds like the set-up to a classic joke, there’s nothing funny about the new book Way of the Blade: 100 of the Greatest Bloody Matches in Wrestling History. Indeed, there are few books that cover the history of red in black and white so earnestly.

As the title suggests, author Phil Schneider runs down his picks of his favorite wrestling matches featuring blood. The book dedicates a few pages to each match, providing the historical context of the battle, a brief bio on the competitors, and a description of the match – including, of course, details of the bloodflow. In addition, each write-up includes a black and white illustration of the action by artist Chris Bryan, and they are actually pretty vivid in their detail.

Schneider makes it clear that the book is not intended to be a definitive list of the bloodiest matches of all time, or even the best bloody matches of all time. Rather, in the foreword, he reinforces that this is simply his list of favorites. Nor does he try to rank them; rather, the book runs chronologically, spanning decades (the first match is from 1957, and the most recent one listed was from 2019).

That long timespan, and the sheer number of companies represented in the list really make the list an interesting read. Schneider has made a life’s work of tape trading –he and some friends created the Segunda Caida blog, and through that network, he has tapes from companies that many people may never have even heard of, much less watched.

Of course, the lion’s share of the matches come from wrestling’s Golden Age and modern era, and many of them are from major North American companies, including NWA/WCW, WWE, ECW, Ring of Honor, and Combat Zone Wrestling. But of the others, their relative obscurity really pique the reader’s interest and have them searching for the matches on the YouTube to actually watch them for yourself.

And you’ll want to do exactly that. Because, as good as Schneider’s descriptions and Bryan’s sketches are, they can’t evoke the same kind of emotion and visceral thrill as watching all the bloody action in full grisly color. As a guide to find that content, Way of the Blade is a fantastic resource, and definitely a must-have in the collection of fans who appreciate that kind of hard-hitting violent wrestling action.