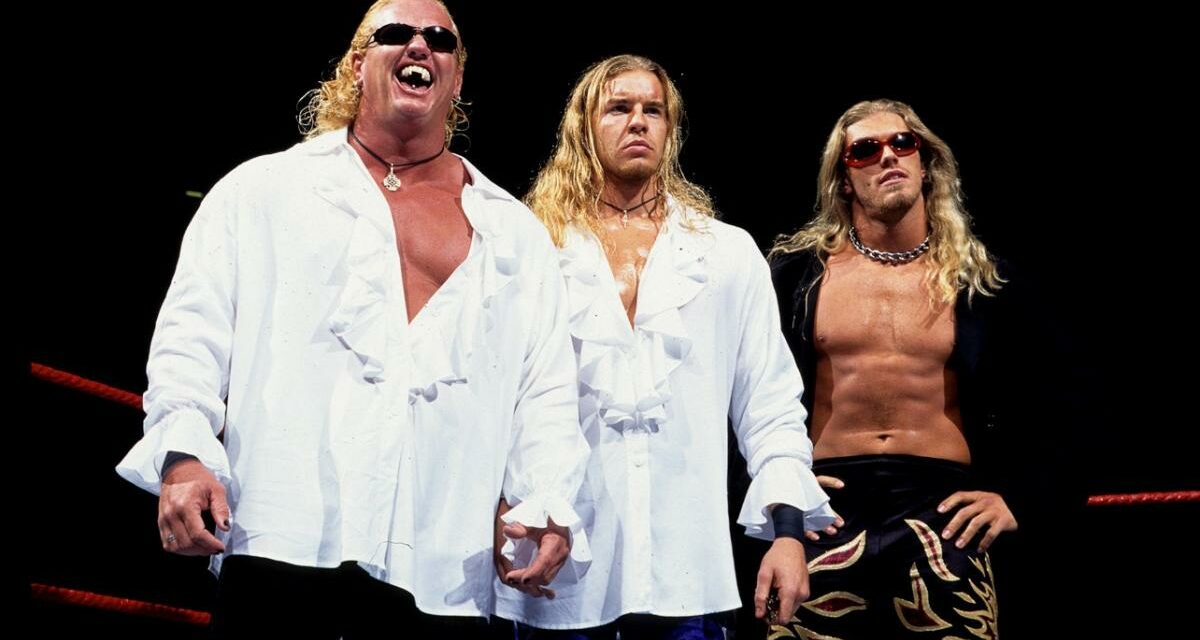 Understanding simple math and that there is strength in numbers, factions have dominated the wrestling landscape since the art form’s very beginning. There have been factions and then there are those frightful factions who have employed fear and dread to gain the psychological advantage over anyone who is unfortunate to be standing across the ring from them. With the scary season upon us here are our picks for the 10 scariest wrestling factions ever. 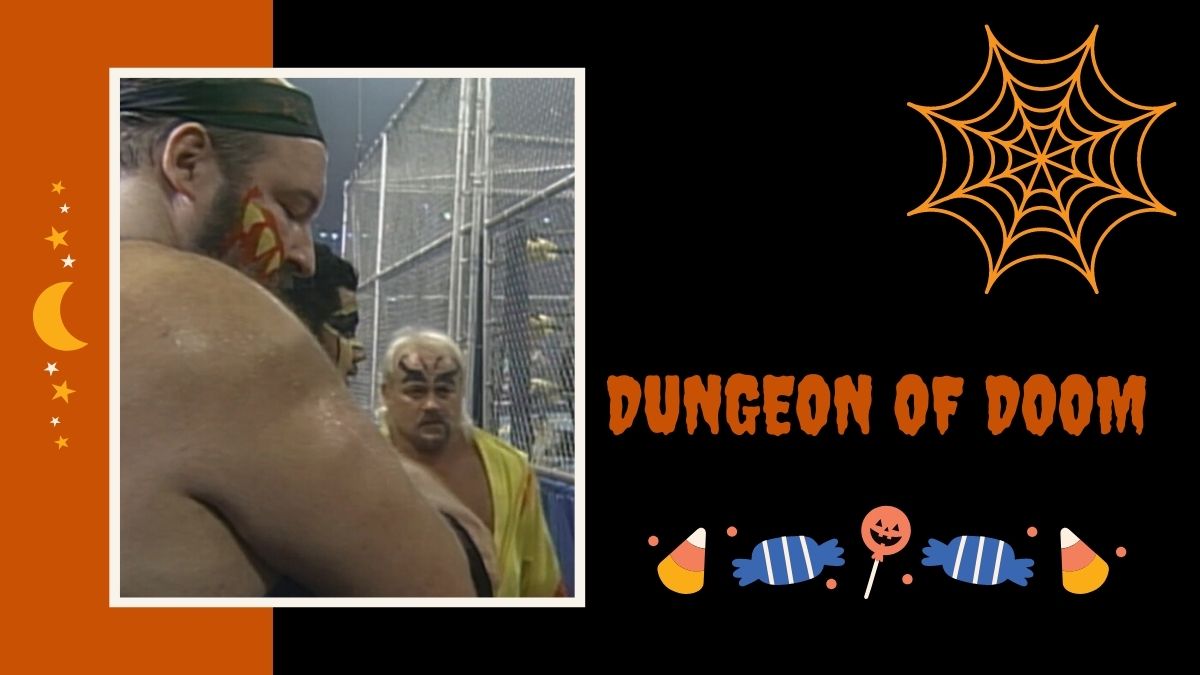 I know what you’re thinking. These guys were so cheesy, so absurd they were a punch line to one of the greatest wrestling jokes ever. While some of their antics and their promos may have been campy, their membership was not a joke at all. The Dungeon of Doom has some of the most merciless monsters ever to grace a wrestling ring. There was Kamala, The Shark (Earthquake), Big Van Vader, Meng, The Giant (Big Show) The Barbarian, Big Bubba, One Man Gang and a host of others. Just having to face even one of those beasts in the ring would have been bad enough but knowing there was a whole band of bad asses to back them up? They were far more imposing and dangerous than many give them credit for. 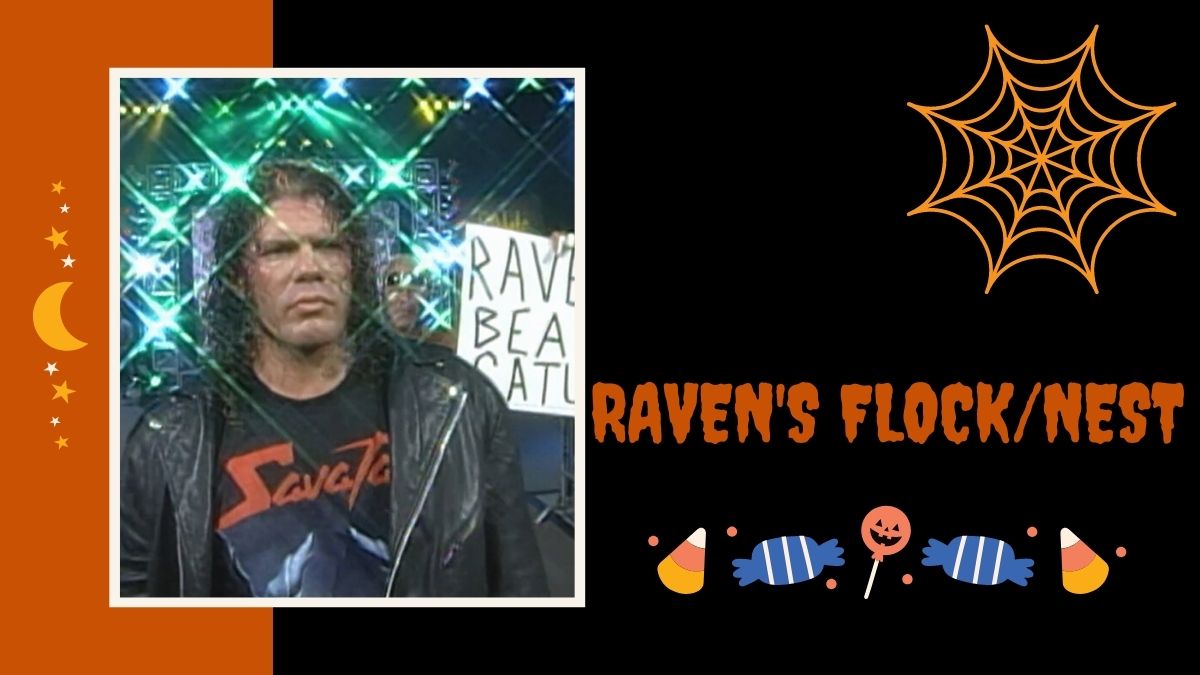 What they lacked in size the members of Raven’s Nest in ECW and The Flock in WCW made up for with their absolute unpredictable lunacy. Kanyon, Kidman, Saturn, Reese, The Pitbulls, Stevie Richards, Cactus Jack and the Dudley Brothers are just a few who fell under Raven’s charismatic spell. They were willing to do anything and go to any extreme for their mentor and messiah. That made them a group to fear. 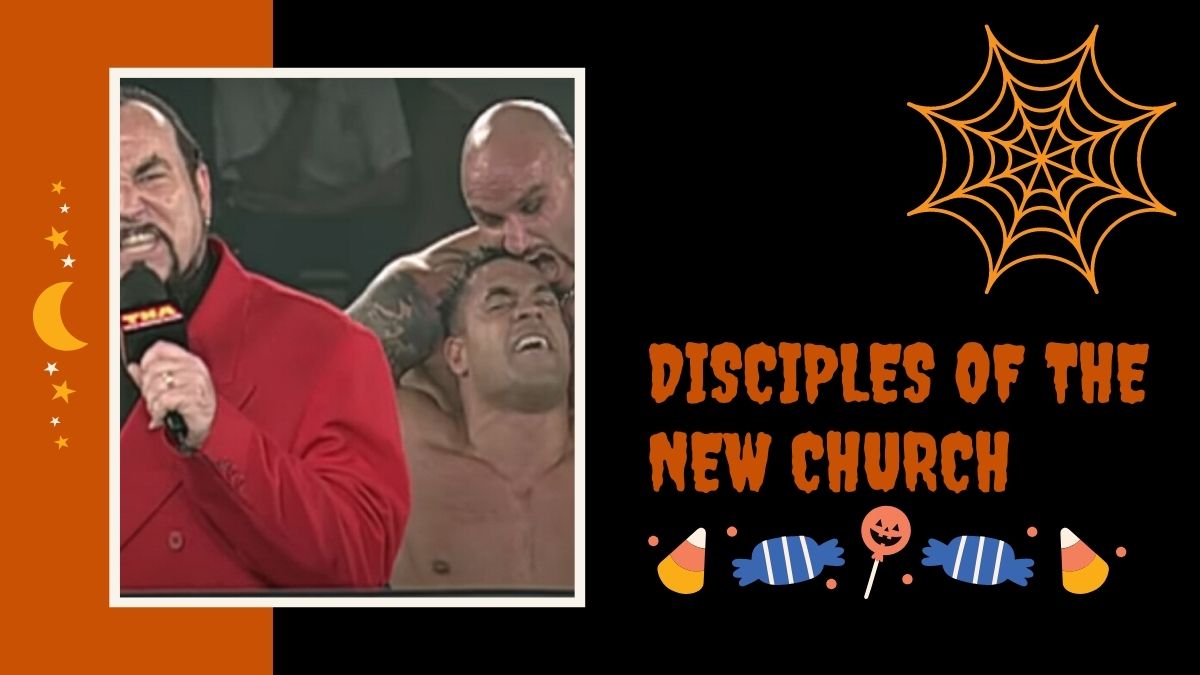 You should be wary of any group headed by the Sinister Minister himself Father James Mitchell. You had Mike Awesome, Shane Douglas, Brian Lee, Sinn, Malice, Slash, Kobain, Tempest and the one and only Vampiro all under the guidance of a devious deviant who once smeared blood on an enemy? Be afraid. Be very afraid. 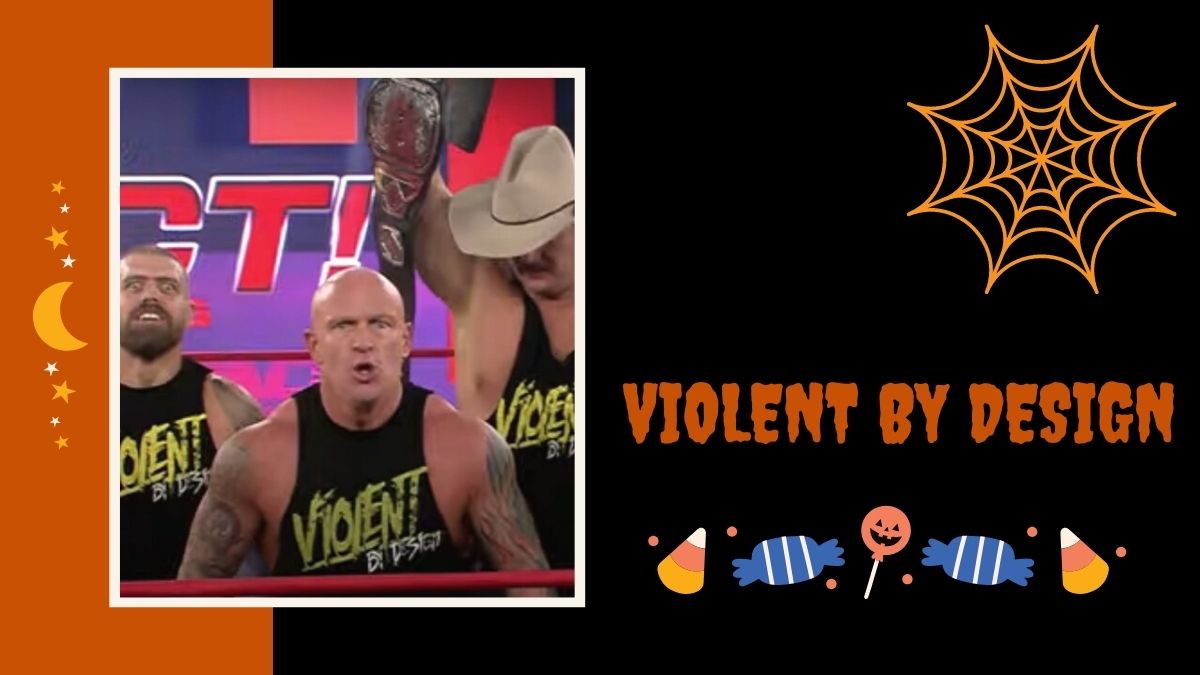 Eric Young used to be a decent fellow and then he became twisted and torn, forming such stables as Sanity and Violent By Design. If you are wondering what a loose canon Young can be just look at how he treated Rhyno for disappointing him and Tye Dillinger for not joining him. Young rules his clan with an iron fist. He is a scary dude who surrounds himself with scary dudes. 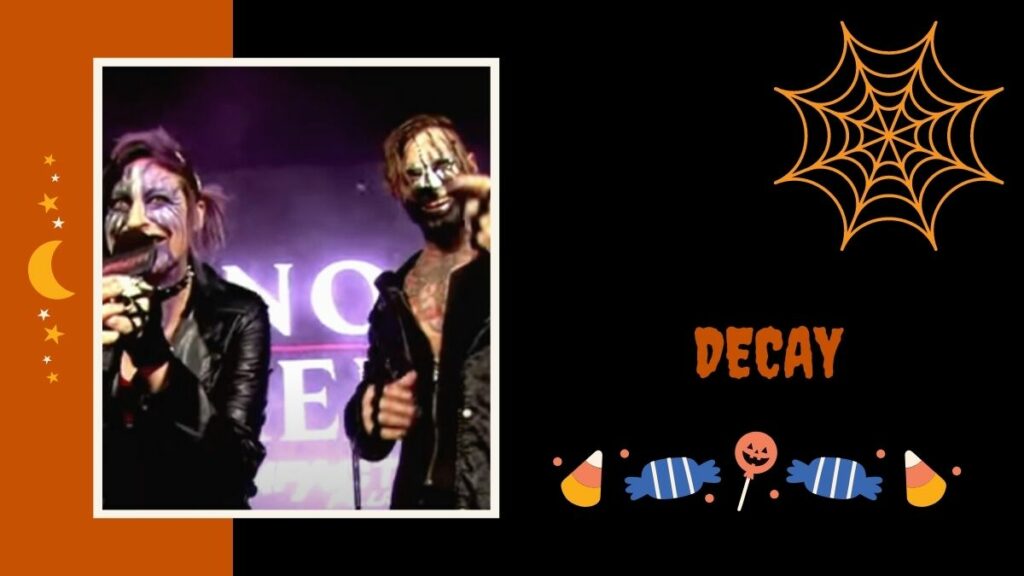 Any group that Abyss would join has to be demented. Rosemary and Crazzy Steve have continued one of wrestling’s worst nightmares with the same passion for destruction that brought the original group together way back in 2016. It seems there is no cure for this Decay. 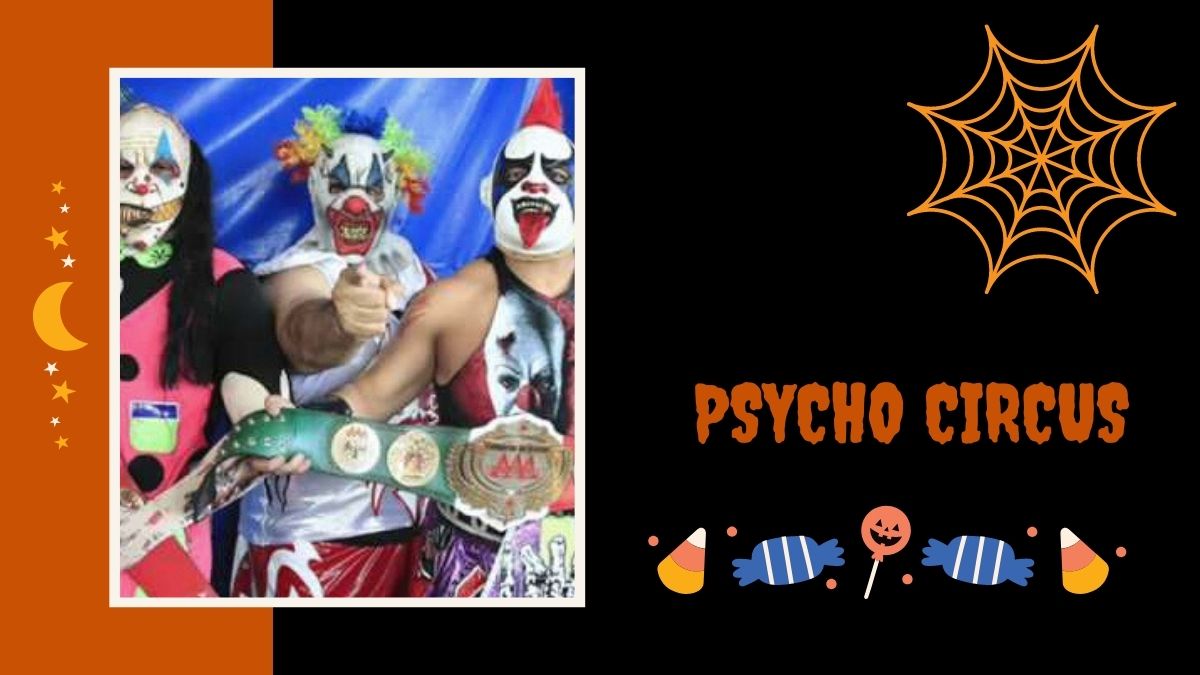 Also known as Los Psycho Circus they are wrestling’s version of the Killer Klowns from Outer Space. I mean, their names are Psycho Clown, Monster Clown and freaking… Murder Clown! I repeat, his name is MURDER CLOWN. How can that and their hideous masks not strike fear into the hearts of anyone they face? If they signed Pennywise their roster would be complete. 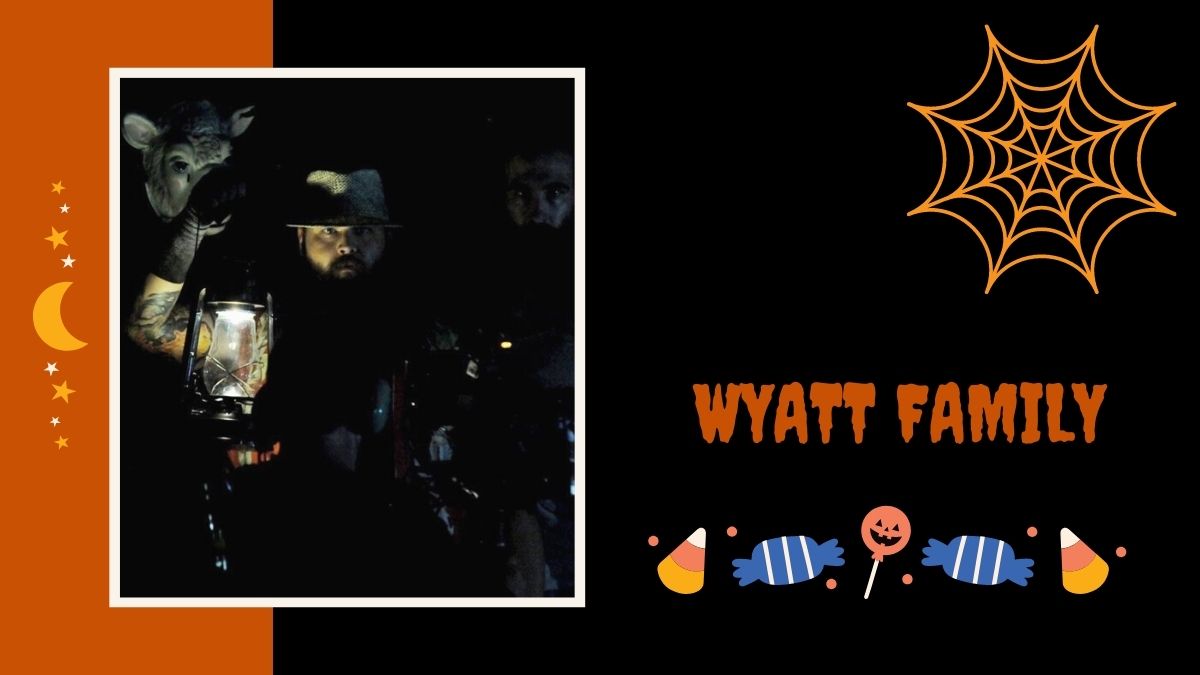 As if having a lunatic who patterns himself after Cape Fear‘s Max Cady isn’t bad enough, he has three massive minions who, like Mr. Burns’ hounds, are foaming at the mouth at the thought of being released upon their unsuspecting victims. 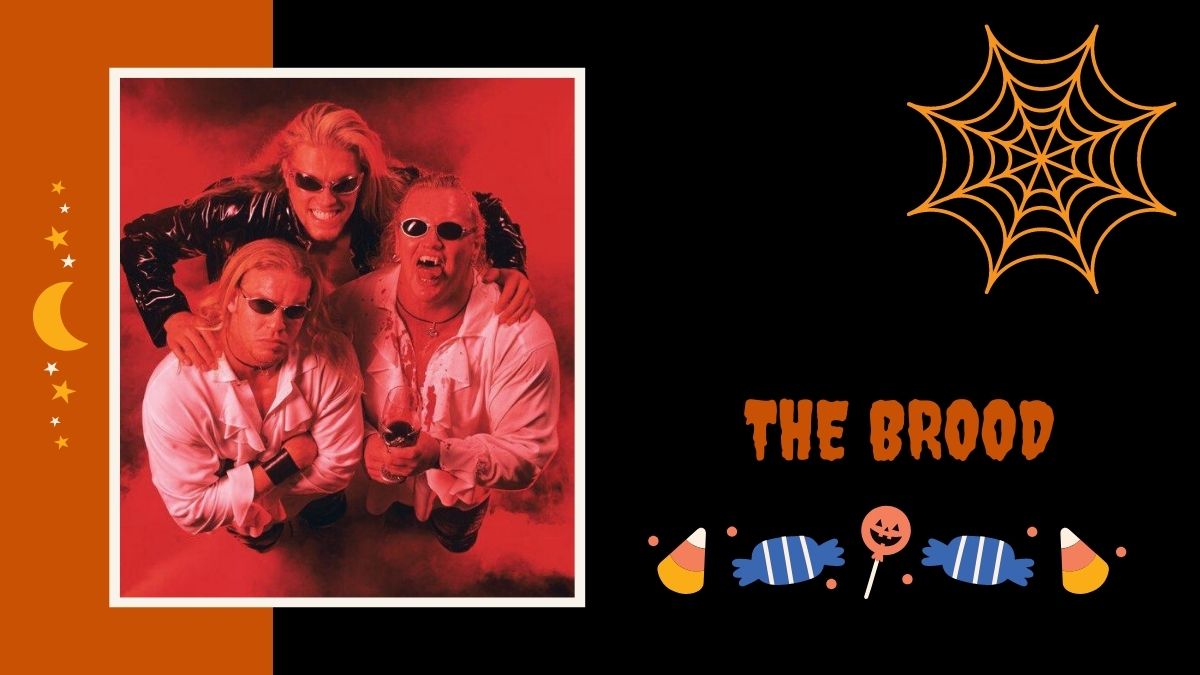 Whether it was blood or “viscous fluid” these Lost Boys had more in common with Mae’s bloodsuckers in Near Dark than those twinkly, wimpy vamps in Twilight. The ghoulish Gangrel brought out the best and the worst in Edge and Christian … who would later seemingly be cured of their vampirism and become one of the greatest tag teams of all time. Who woulda thunk it? 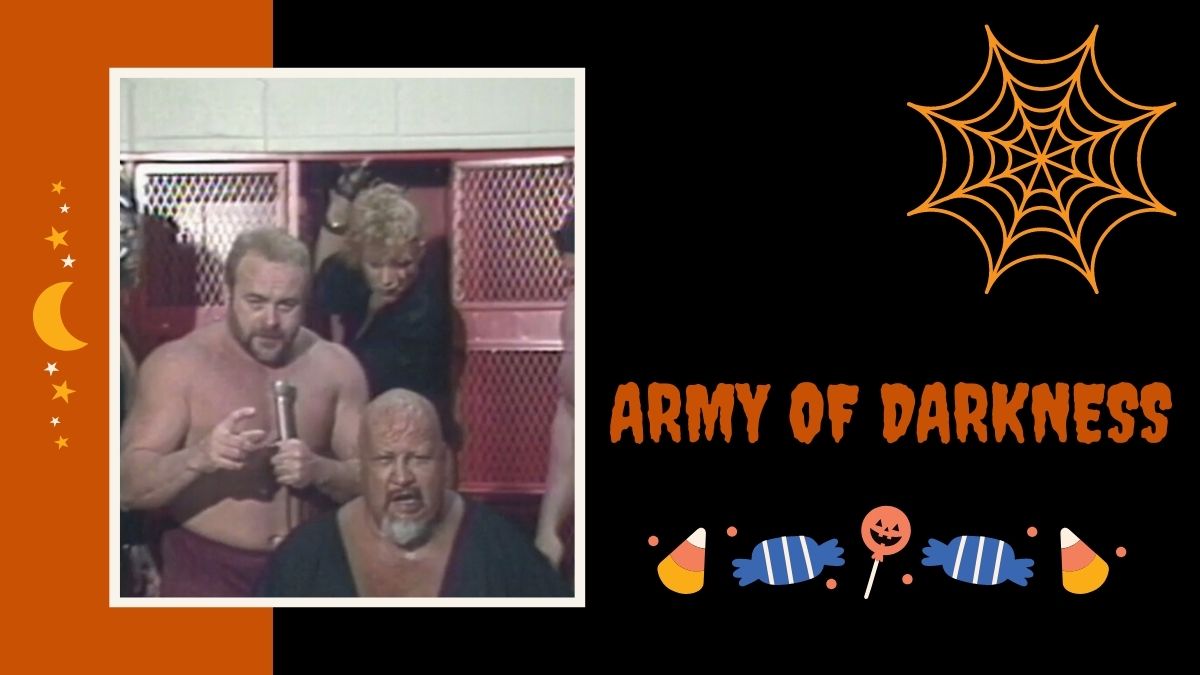 Kooky Kevin Sullivan definitely has a penchant for unearthing all sorts of monsters and bringing them together for a common cause. Long before the Dungeon of Doom attempted to slay Hulk-A-Mania, the Army of Darkness stalked their prey in the Florida territories. The line-up of Jake ‘Snake’ Roberts, Buzz Sawyer, Purple Haze, Superstar Billy Graham, Mike Davis, Maha Singh, Luna Vachon, Fallen Angel (who would go on to become one of the greatest managers ever as Woman) and a host of others serving as members and managers freaking crowds out with their cult shtick. 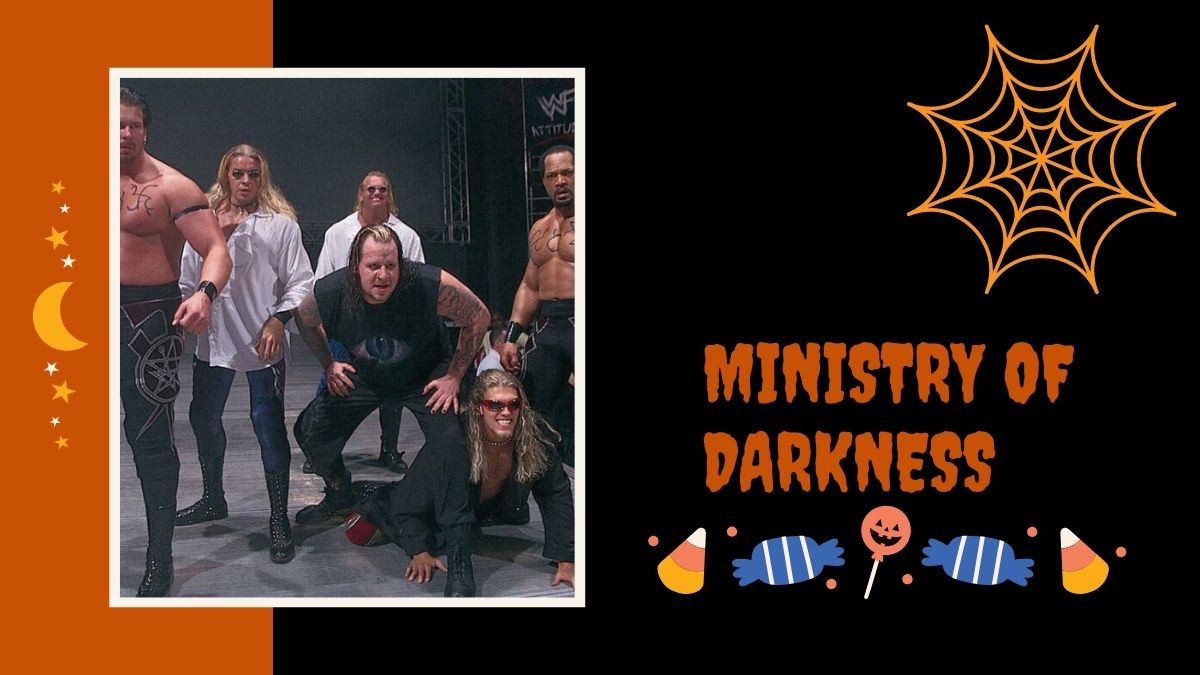 While I still don’t understand how the Bradshaw & Faarooq (The Acolytes) fit into the group, The Undertaker’s Ministry of Darkness not only spooked the WWE superstars but they had furious parents demanding their shenanigans be censored or banned outright from national television. The group pushed the limits by abducting and brainwashing superstars. In Steve Austin’s case, they tried to bury him alive and attempted to embalm him while he was still alive. They crucified Austin on The Undertaker’s symbol and set other superstars on fire. They kidnapped Stephanie McMahon, locked her in a boiler room, tried to make her marry The Undertaker and crucified her as well. But none of that would compare to their most devious and deranged act. They revealed Vince McMahon himself was their “Greater Power.” Of course, things went all downhill from there for The Ministry.