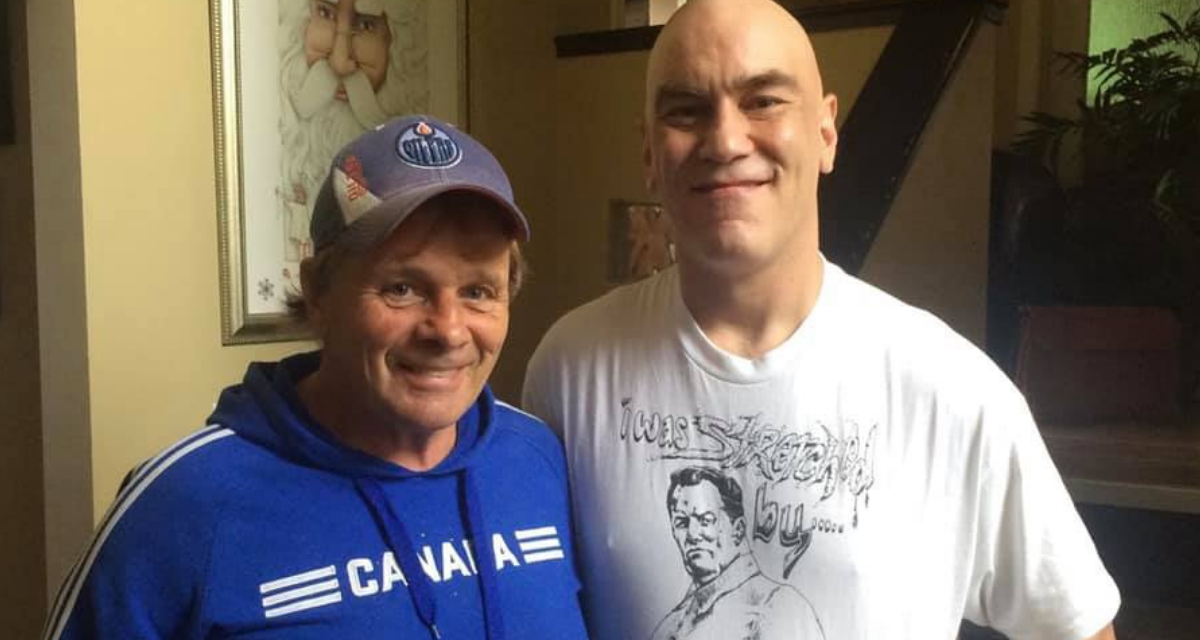 Carl LeDuc is far from the rookie wrestler seen getting stretched by Stu Hart in the well-known documentary, Hitman Hart: Wrestling With Shadows. He learned his craft at the Hart Family Dungeon, eventually graduating from the infamous training school in 1997. The son of famous Quebec wrestler, Paul LeDuc, Carl is now a seasoned veteran in his own right — and ready to pass along what he learned and acquired through the “Hart Dungeon” style to the wrestlers of tomorrow.

LeDuc opened the LeDuc Pro Wrestling Academy in the summer of 2021, a rather tumultuous time in the world to open a pro wrestling school, considering the constant COVID-19 restrictions and lockdowns. However, LeDuc’s passion to teach pro wrestling did not submit to the limitations of a global pandemic, and he turned to an old mentor/friend to help him bring this vision to life.

“The reason why I opened a school is that I am an extension of Bruce Hart, what his family taught me… what he taught me… we have dorms and this is an academy,” LeDuc told SlamWrestling.net. “That’s where I got my experience, my process of training. We have a working relationship with one of MMA’s most reputable gyms, Tristar Gym, where fighters all around the world come and train. They asked me to open an affiliate wrestling school, so no one better to ask to join me than Bruce, and I gave him a call. We were going to implement the Hart Dungeon philosophy into the training… the style of the Dungeon has been universally recognized and Bruce was an important part of that.” 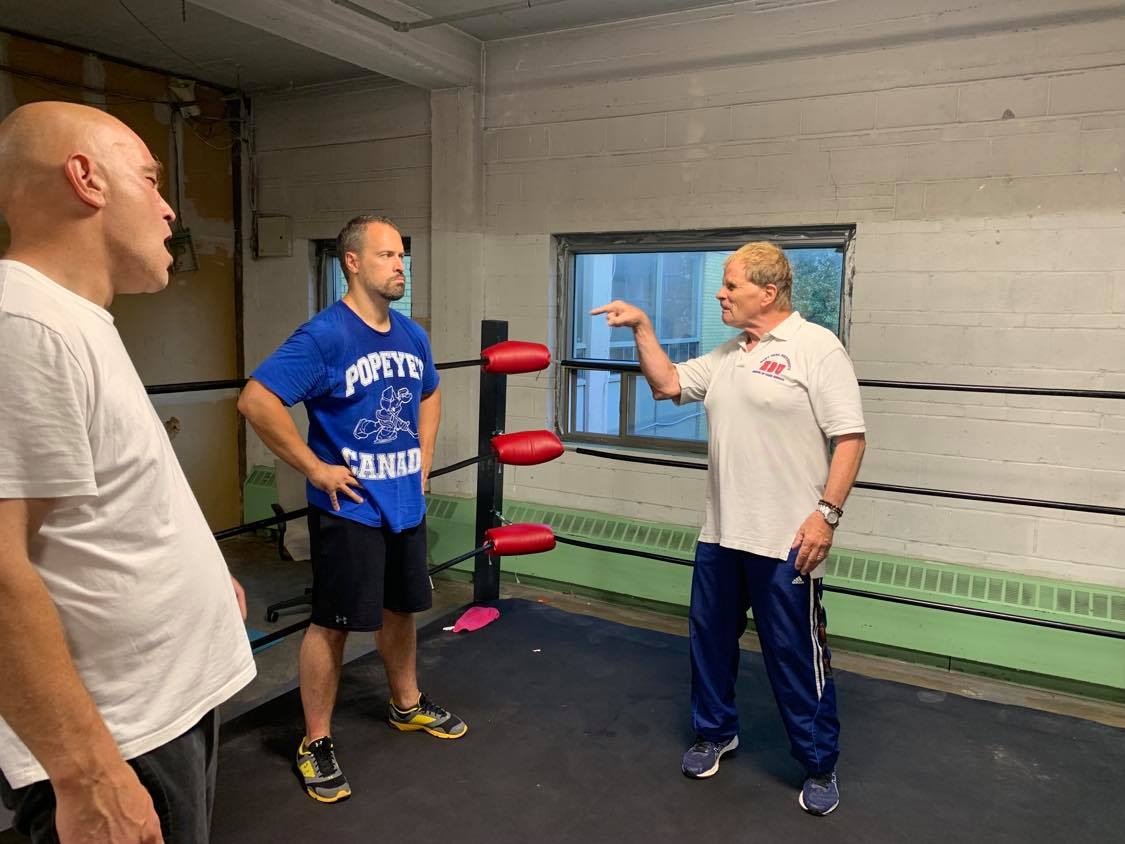 With the LeDuc Pro Wrestling Academy, LeDuc and Hart are staying true to the “old school” values and traditions of a rough ‘n’ tough wrestling school.

“I want to show the students of today how it was done. It’s not going to be a vacation coming here. We take it really seriously, these are guys who want to make a career out of this,” LeDuc said. “Or at least, that’s what they want to do. We want students that are willing to work hard and want to learn what we teach and pass along. You are going to live in the dorms, wake up early in the morning, train hard, and repeat the process again. I’d like to say this is the most proper form of training to become a professional wrestler, doing our best to pay tribute to the Stu Hart training style that came before us.”

Despite this training regimen and style sounding rather hellish, LeDuc and Hart take pride in being teachers of the pro wrestling craft and look forward to training with eager students in the program. However, they also believe that today’s wrestling scene has lost a sense of what made it so special to them in the past. This is one of the motivating factors, especially for Bruce Hart, in his involvement with the LeDuc Pro Wrestling Academy.

“When I came up through the Dungeon, the emphasis was truly on wrestling. I feel like a bit of that has been lost nowadays, where the emphasis now is on everything but wrestling,” Hart said while in Montreal for the launch of the academy. “The Dungeon primarily focused on the in-ring stuff and you could see that being reflected in the guys coming out of there, like Bret, Dynamite, Benoit, and Owen. They were pretty dynamic and all, but the thing you could see was they were outstanding in the ring. That’s why I came out here, trying my best to implement that, but it’s a lot easier said than done. I’m confident that we’re going to have aspiring wrestlers that will pay attention and utilize what we teach them, sort of reeducating what they know about pro wrestling. So yeah, to say going back to ‘old school’ really means appreciating the traditions that came before.”

Aside from the actual training and programs being offered to their students, LeDuc and Hart hope to see a lot more unity and working relationship between pro wrestling academies and promotions, either around the world or for those in close proximity of each other. 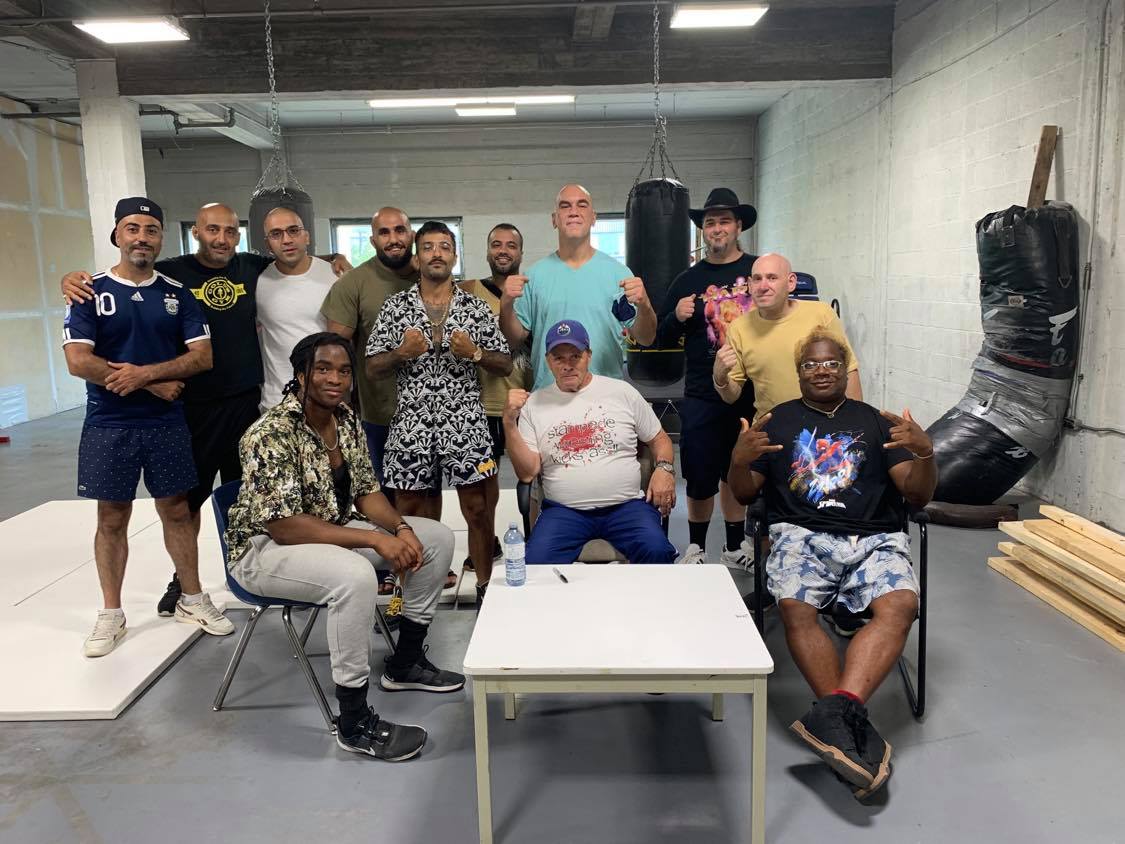 “I think a lot of the pro wrestling world has this animosity amongst each other, where they’re almost rivals in a sense. Of course, a lot of it has to do with business and money, but we’re all in pro wrestling together. At the end of the day, we’re all involved in the world of pro wrestling. So, I don’t understand why a lot of schools and promotions refuse to work with one another,” Hart said.

“The wrestling world would benefit greatly from these schools and promotions having good relationships, you can have students from one school taking what they’ve learned to another and hopefully in the end, these guys become outstanding wrestlers and students of the game. You could see this being done a lot more in the past when companies and schools were more open to this idea, but there’s another thing lost through the years. We would love to have a working relationship with one of the major promotions in the future… WWE, AEW. We would definitely be open to something like that,” LeDuc said.