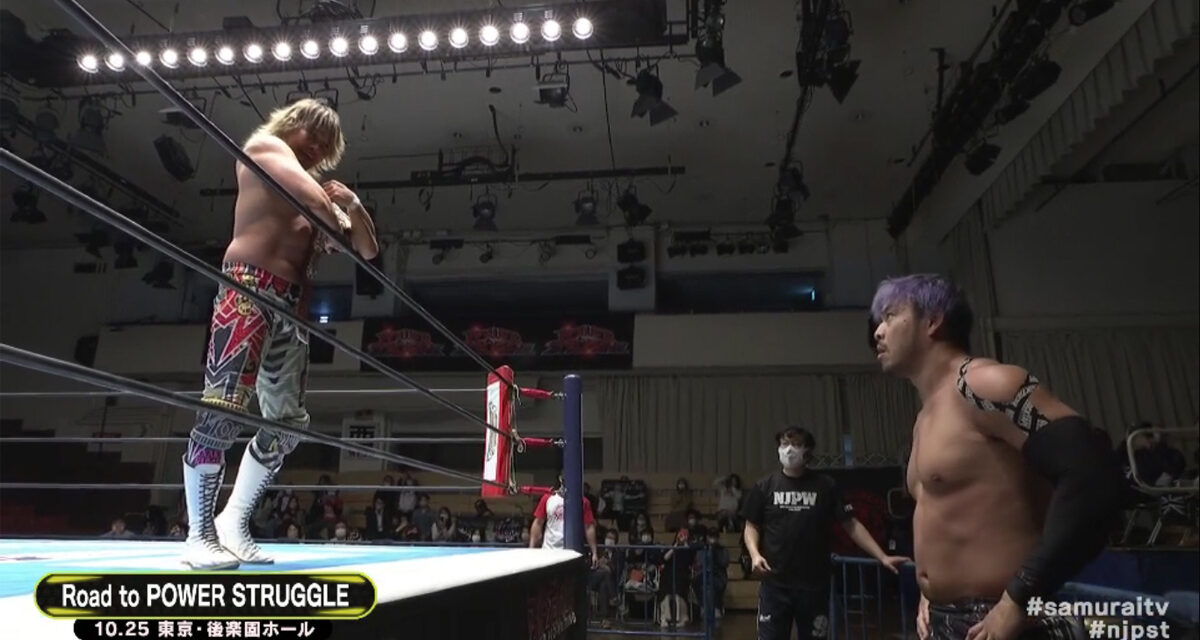 Tama Tonga missed a Gun Stun and was shoved off the apron by Kazuchika Okada for the very first elimination of the match at eight minutes and 32 seconds.

Okada was so ticked that he eliminated himself from the match at 8 minutes and 46 seconds to chase Tonga down on the floor. Eventually cooler heads prevailed as both men left the ringside area and headed back to the locker room.

Executing a bit of sneaky style, Yoshi-Hashi pulled Tanga Loa off the apron from the floor booting him at 11 minutes and 20 seconds.

A running boot from Yujiro Takahashi knocked Tomohiro Ishii off the apron at 11 minutes and 34 seconds. Yoshi-Hashi got rid of Yujiro at 13 minutes and 32 seconds by drop kicking him off the top rope.

Sho interfered in the match spearing Yoshi-Hashi. Evil threw Yoshi out at 14 minutes and 25 seconds. Yoshi chased Sho to the back.

Goto gets rid of Evil at 15 minutes and 37 seconds but the official doesn’t see a thing. Dick Togo pulled Goto off the apron from the floor. That elimination counted at 16 minutes and 45 seconds.

Tanahashi gives Evil a Dragon Screw Legh Whip which causes Evil to fall to the floor at 16 minutes and 56 seconds.

It is Kenta and Hiroshi Tanahashi who are left. At 19 minutes and 30 seconds, Tanahashi skins the cat, catches Kenta’s head in a scissor lock dragging him over the top rope to the floor to win the match for his team.

At Power Struggle on November 6th, Tanahashi will put the IWGP United States Heavyweight Championship on the line against Kenta.

Empire attacks before Yano can even get his robe off or be introduced. Henare pins Makabe with Streets of Rage. Khan beats on Yano after the bell.  Yano flees the ring and Khan as he did yesterday.