Carl LeDuc had to follow in his father’s footsteps 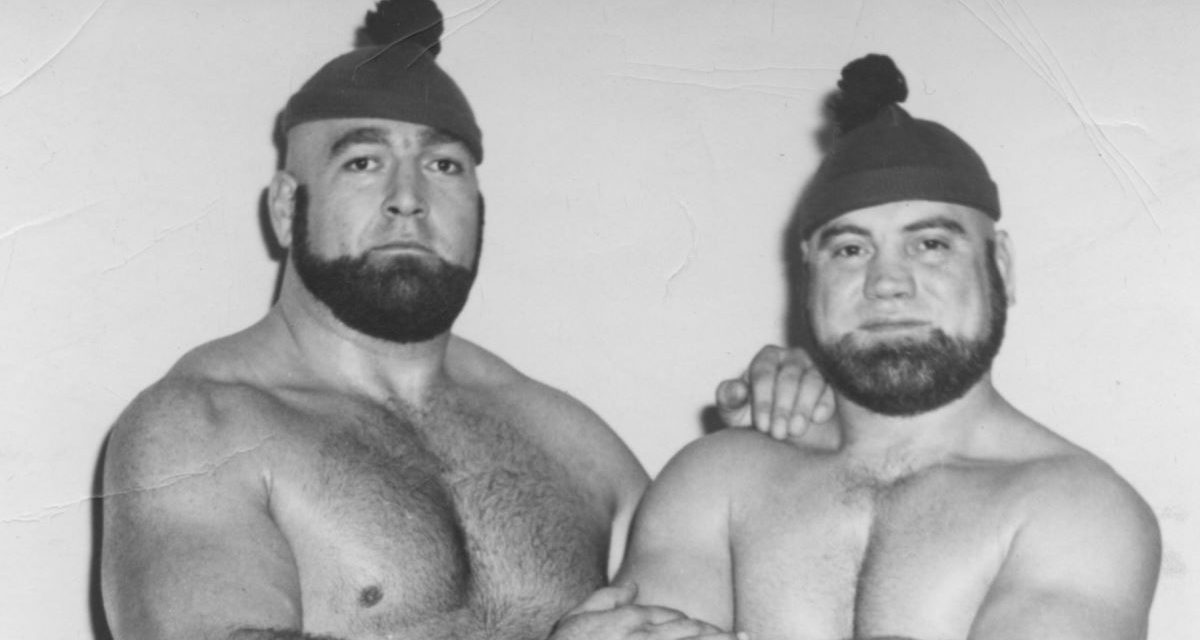 When Carl LeDuc finally decided to take up wrestling, it was literally a case of selling his goalie equipment to buy wrestling boots.

He was a pretty good goalie in his day, but in his words, he “always had wrestling in my head.” 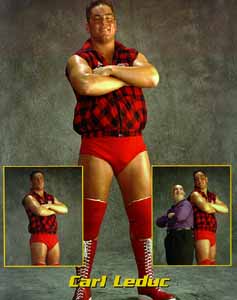 And so, against his mother’s wishes, he began to learn about pro wrestling from his father, Paul LeDuc in 1995.

His father stopped wrestling around the time Carl was born, so he never got a chance to see his father wrestle. But he did get to see his ‘uncle’, Jos LeDuc, wrestle on many occasions.

Over the years, he learned to tolerate, even enjoy, the teasing he got because of his relations. He remembers fondly going to the mall in what should-have-been a 15-minute trip, and staying for hours as his father signed autographs and talked with fans.

By 1996, he had wrestled a bit around Quebec and knew a little bit about the business. Then the WWF gave him a chance to work a few shows. “I wasn’t really ready [for the WWF],” he said in a January 1998 interview. “I had the chance to go and couldn’t say no.”

His biggest match to date was, ironically enough, an opening match. He faced off — and beat — Justin ‘Hawk’ Bradshaw in the first-ever wrestling match at the Montreal Molson Centre in August 1996. 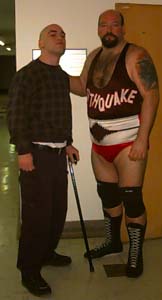 Thanks to another second generation wrestler, Owen Hart, LeDuc was given the chance to train with the Harts in Calgary at Hart House. He liked it so much, and learned so much, that he’s been there since January 1997.

“It’s a privilege to train in The Dungeon,” he said. “A chance to get stretched by Mr. Hart.” He’s enjoyed the old-school training and his confidence has “increased 150%.”

He is involved in the promotion by Bruce Hart called World Organization of Wrestling. He’s there under a disguise of sorts as Francois ‘The Freak’ Einstein, not playing on the LeDuc name quite yet.

“People expect you to be better than your dad,” he explained. “All this pressure to prove yourself.”

I went to school with Carl back in high school. I have always been a huge wrestling fan and when I met him I told him that he should become a wrestler but it never really interested him. I later found out that he began training with Jacques Rougeau and was wrestling in Quebec. Last year he was on the PWI list for rookie of the year.
Bert

I remember Carl working at my local video store, and always being funny and a easy person to talk to. We would watch wrestling videos together. He had this job during his shows and dreamt of going to the WWF. I’m very happy that his dream is coming true.
Pat, Montreal

I saw Carl wrestle on fev 14 at Jacques Rougeau Show in Montreal and his new attitude will project him with one of the two biggest organization. His high risk maneuver from the top ropes was fantastic for a men of his size. His new look suited him between Goldberg and Steve Austin .
Alexandre Dubois

I started to email Carl in 1998 or 1999, and last year I met him. I was working in Field’S Hotel where we became friends right away. Now I’m one of his wrestling school students and really enjoy it. It’s weird, I went in Alberta to improve my English and I met him there and now I’ve moved back in Quebec. Instead of going back to Lac St-Jean, I moved in Montreal to become one of his students. Back in field, he help me a lot when I had problems of any kind, now he still help me when i need it
Carl is a great wrestler and also a good teacher. He gives what is due to the one who deserves it.
In Montreal, he is my best friend 🙂 He helped me meet Jim “The Anvil” Neidhart here in Montreal last June when Anvil vs Jake The Snake Roberts took place at Des Deux Montagnes for “the tournament of icon 2”
I had a great time.
Now I’m one of the managers in his family’s federation (Theatre-Extreme The FLQ (Federation De Lutte Quebecoise)
I really like wrestling and being at the ring side and he notice it 🙂
L’BO KEN Montreal Quebec Canada