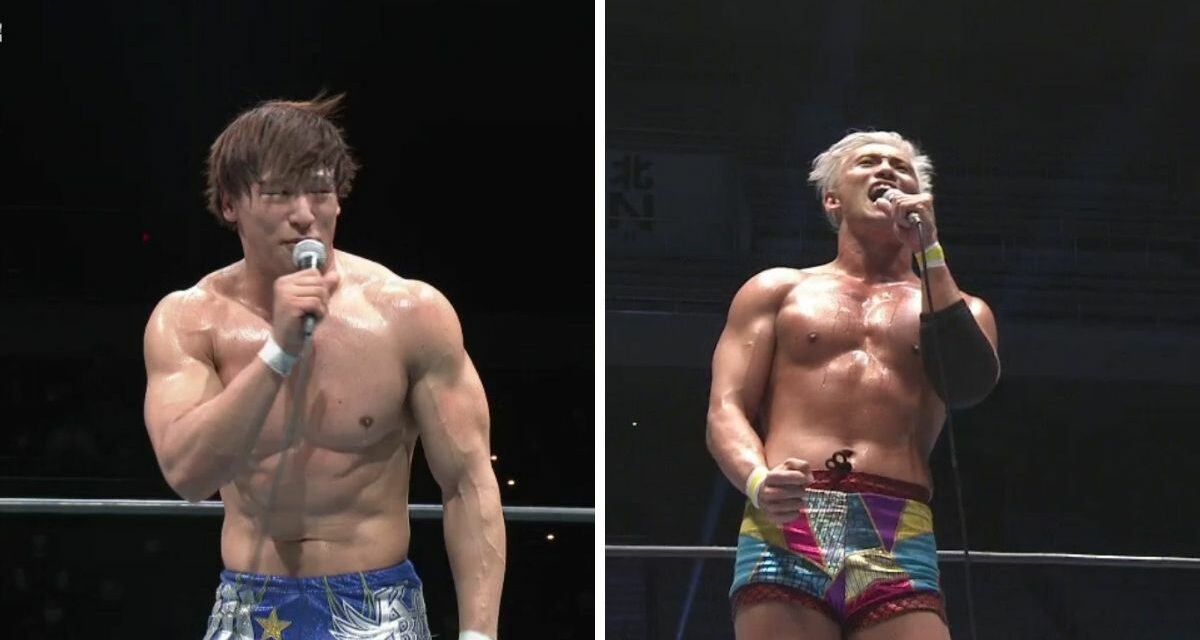 The unstoppable force has beaten the immovable object. Kazuchika Okada defeated the unbeaten Jeff Cobb to win the B Block in the G1 Climax 31 Tournament. He will now face A Block’s Kota Ibushi tomorrow to decide the G1 winner this year.

The match between Cobb and Okada started off at a furious pace with Okada bouncing off the ropes smashing Cobb in the face with forearm shots to try and wear down the powerhouse. Cobb catches Okada coming off the ropes for a Tour of the Islands attempt. Okada escapes to catch Cobb in a neckbreaker.

A running elbow drops Okada like a stone. Cobb takes some time to stand on Okada’s back and pose for the Nippon Budokan crowd. Okada rolls to the floor. Cobb follows hitting him with forearm strikes to the back. He stands on Okada’s back again near the announce desk. IWGP World Heavyweight Champion Shingo Takagi claps in approval. Okada crawls back into the ring. Cobb labels him again and again with clotheslines in a corner rocking the Rainmaker. 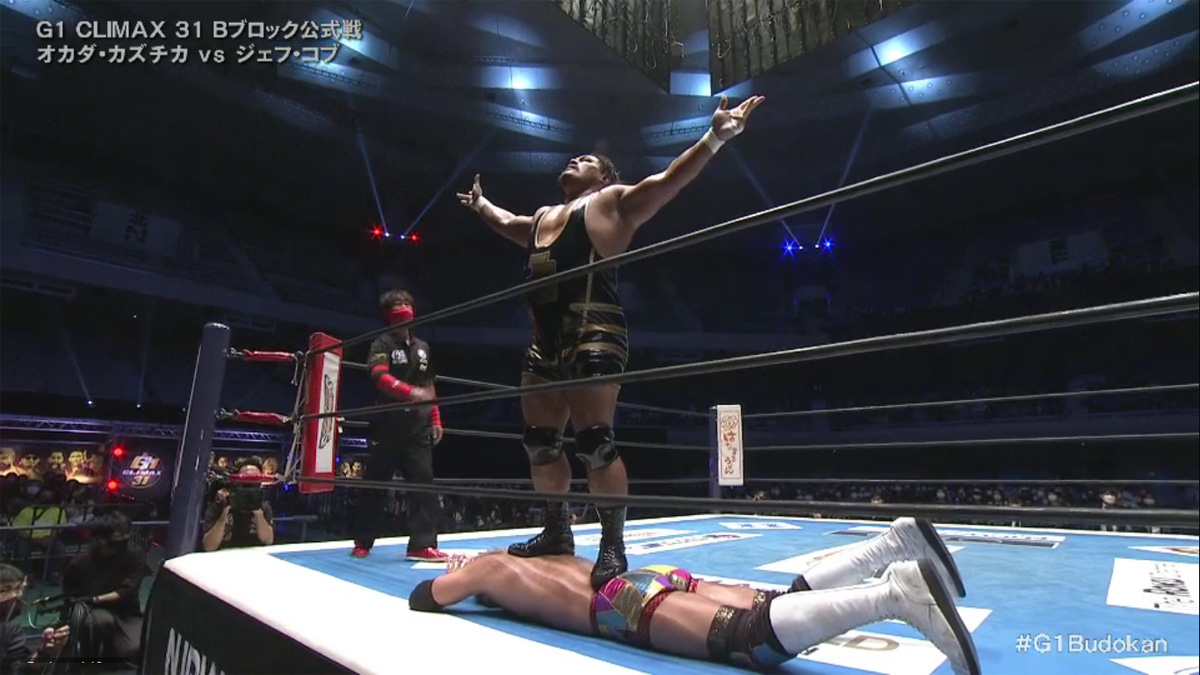 Cobb drops Okada with a stalling suplex showing off his great strength. Cobb evades the Rainmaker Clothesline. Okada evades Tour of the Islands. Cobb Tombstone Piledrives Okada. Then, Cobb stands up with Okada and does it a second time without letting go of Okada’s body the entire time. Cobb is so exhausted though he cannot make the pin. Okada slips out of Tour of the Islands with a spinning Rainmaker.

Okada drags Cobb to his feet. Cobbs blocks the Rainmaker clothesline but catches a drop kick off the ropes. Okada cuts a Money Clip short to Tombstone Piledrive Cobb. Cobb drops kicks Okada. The move leaves the Rainmaker hanging upside down in the corner. Okada turns a Tour of the Islands from Cobb into a DDT from the top rope. A landside and a Rainmaker clothesline pins Cobb ending his unbeaten streak at the G1 Climax Tournament.

The winner of the G1 Climax Tournament is awarded with a IWGP World Heavyweight Championship match at Wrestle Kingdom.

Kosei Fujita and Ryohei Oiwa versus Bushi and Hiromu Takahashi

Hiromu gets the win for his team with a Boston Crab on Oiwa.

Hashi puts Owens away with Karma in a pretty short match.

Goto surprised Tonga with a cradle for the win.

Taichi beats the IWGP United States Heavyweight Champion by moving out of the way of a High Fly Flow and pinning him with a Superman press.

Sanada fools Dick Togo who isn’t paying attention. They both end up giving Evil a Magic Killer. Sanada has Evil pinned but Togo pulls the official out of the ring. Sanada escapes Togo’s garotte and drop kicks a steel chair into his face. Evil throws a steel chair into Sanada’s face pinning him with Everything is Evil. After the match, Evil chokes out Sanada with the garotte until Shingo Takagi threatens him from the announce desk. Evil walks over and taunts Shingo.