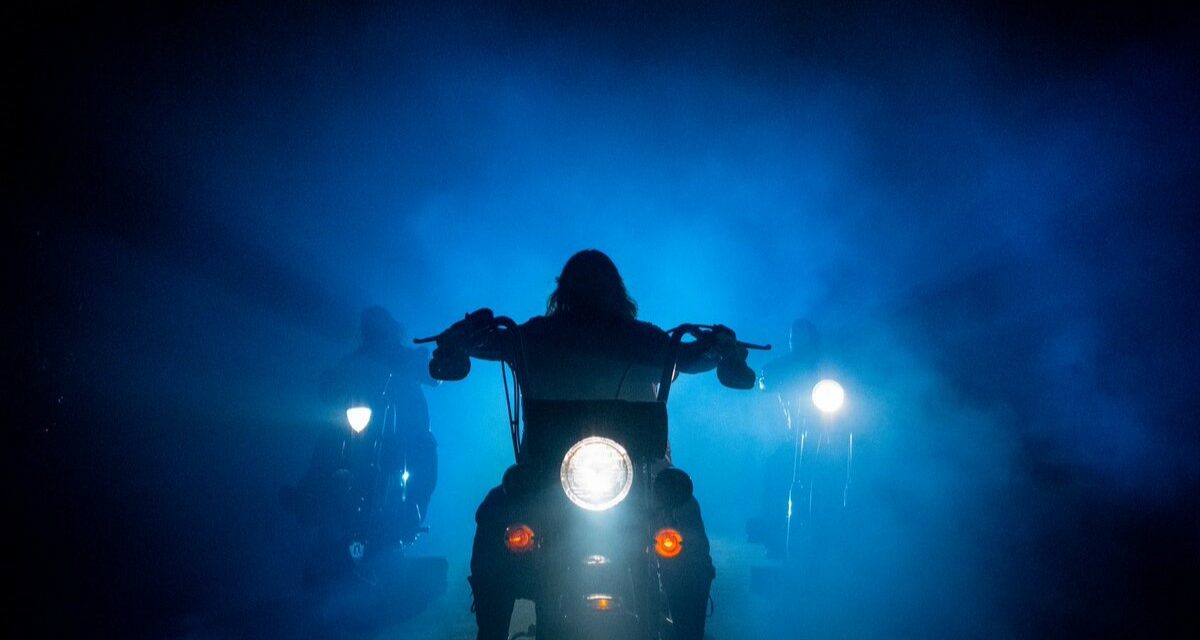 Bikers, Bombs & Bedlam: The Johnny K-9 Story, this week’s episode of VICE TV’S Dark Side of the Ring, plays itself out like an episode of Law & Order. In fact, it wouldn’t be surprising if the fictional TV show has already turned Johnny K-9’s manic life into one of their weekly stories. Johnny, born Ion Croitoru in Hamilton, Ontario, and who had also wrestled as Bruiser Bedlam for Jim Cornette’s Smoky Mountain Wrestling, is presented as part wrestler, part criminal, part husband, part thug, and part friend. It’s a lot to take in and make sense of, especially presented as objectively as Dark Side approached his tale.

To open the show’s wrestling segment, and set the scene for any non-wrestling fans that have found their way in, Scott D’Amore, Chris Jericho, and Lance Storm introduce the concept of being a jobber. They look back on Johnny’s time in the WWF, losing to the likes of Hacksaw Jim Duggan, while seemingly catching the eye of Gorilla Monsoon and Bobby Heenan.

For tales from his personal life, his widow, Tracey Edwards, takes us back to their first meeting in 1993 in Hamilton. She was dancing on stage on rollerskates, and when Johnny walked into the club, they caught each other’s eyes and she knew they were going to be together.

As his run as enhancement talent in the WWF came to an end, Johnny moved on to independent programs and showed a passion for climbing to great heights in wrestling. Edwards remarks on his in-ring appearance and antics: he was scary, passionate, wanting to be hit hard and wanting to bleed. She believes part of his drive came from Johnny’s abusive childhood, and D’Amore recalls from his time working with Johnny that he could be as scary out of the ring as he was between the ropes; though for the most part, and this is echoed by others, he often came off as friendly, loyal friend. Storm, in fact, remembers Johnny as a big teddy bear.

While he was running Smoky Mountain Wrestling, Jim Cornette also took notice of Johnny’s intimidating look, having met him on tour in Michigan. Cornette drops the tidbit that he had learned of Johnny’s time in prison and realized early on that the wrestler had a checkered past.

This is where “The Law” comes into the show. The Dark Side of the Ring often works best when it steps outside of the wrestling world to bring in experts or involved people from other fields, because wrestling is, by its very nature, a circus. It’s refreshing to see how those not under the influence of the spectacle see its workers, and the episode brings in two people who are not disposed to being impressed by how friendly or mean-looking Johnny might have been.

Bill Dunphy, retired crime investigative journalist, and Len Isnor, retired Detective Staff Sergeant for the Ontario Provincial Police, have little to no interest in Johnny’s time in the WWF. Dunphy describes Hamilton in the 1970s as a city where professional crime offered itself up as an avenue to those growing up needing a break — and Johnny fit the bill.

When Edwards recalls Johnny coming home with blood on his hands, from doing whatever he had been doing to make money, the two worlds of Johnny K9 start to come together. He had joined the Satan’s Choice motorcycle club and opened a chapter in Hamilton, and was making, according to Edwards, good and fast money — but wrestling still remained a draw. Former gang member Mark Carlos remembers well the ambitiousness that Johnny showed, and remarks later in the episode that, though he doesn’t pretend to have been close or even to have really liked Johnny, he wishes he could have spoken to him on his first day in the gang and told him to pursue wrestling and pursue his family to keep out of what eventually happened.

Johnny juggled his duties for the biker gang along with spells in Smoky Mountain Wrestling. As Bruiser Bedlam he played a big monster, and had a main event match with Randy Savage in which, according to Cornette, the former WWF champion offered himself up for Johnny to take the win. This, it would seem, was the start of something big. Not long after, though, Cornette told Johnny that he couldn’t use him anymore.

Despite Johnny leaving amicably, Edwards explains that the return to small crowds in smaller venues was hard on him. Inevitably, this meant more focus on Satan’s Choice.

Isnor explains that in observing the bike club, Johnny would come out to talk trash to the cops, and he would inadvertently drop important bits of information. As the police tightened their investigations, a sequence of events would soon seemingly put Johnny on an irreversible path towards trouble. He and fellow member Michael Dubé visited a Solid Gold strip club, wearing the gang’s colours inside which was against policy. When asked to leave, they eventually back down but, according to Isnor and Dunphy, they also plan to bomb the strip club.

Unbeknownst to Johnny, they blow a hole in the wall of the Sudbury police station instead, with the implication being that Johnny is then set up to take the fall. The biker club is dismantled and Johnny is arrested in his home. He is perceived as a rat after engaging in questioning by the police and is violently removed from Satan’s Choice.

While Johnny serves time, Edwards heads to British Columbia to start fresh. Once released, he follows her but they’ve barely tried to settle when Johnny is brought back to Ontario, under arrest for a double murder years prior.

The murder charges are eventually withdrawn, but Edwards walks us through Johnny’s attempt at finding a new life through acting (“Not a great actor,” she says with a laugh) through to his seemingly inevitable return to the biker gang life. He is arrested again in connection to another murder, leaving Edwards nine months pregnant as he entered a four-year jail sentence.

Fast-forwarding, she describes the moment when, expecting Johnny to return to Vancouver within six weeks, police officers arrived at her house to tell her he had died at the age of 53.

Speculations are made by nearly every interviewee of the show as to his cause of death (police brutality, a gang hit, or suicide), and speculations are also made by them as to how to look back upon his duplicitous life. Perhaps not surprisingly, his wrestling comrades want desperately to focus on the good memories they have. Dunphy and Isnor look back matter-of-factly at the life of a criminal, with no sentimental attachment. Edwards, naturally, remembers her husband and father to their children. She insists that the murder charges were not true in any way.

Storm utters the phrase “Wrestling is subjective” towards the end, and there’s likely no better summation of the life of Ion Croitoru. Where, when, and how one met him must have created a distinct impression of the man, and those that met him under different circumstances would likely not believe they would each be thinking of the same person. Thus, Johnny K-9 leaves a unique legacy depending on whom you ask, and Dark Side of the Ring presents that perfectly.