G1 Update: Evil steals another one 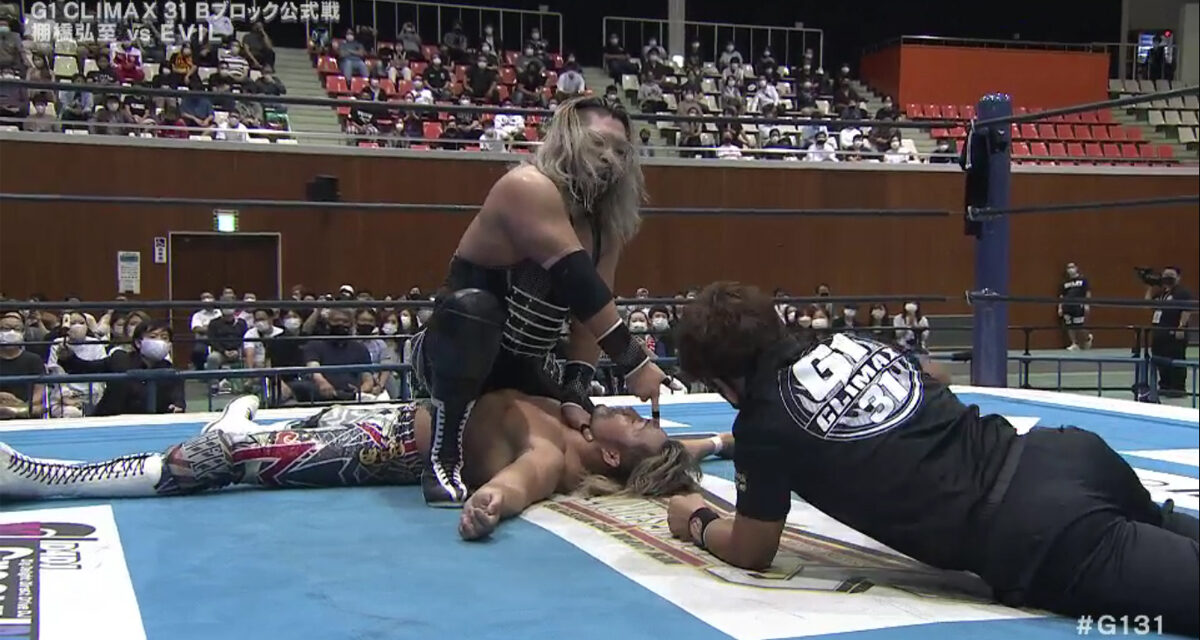 Evil and Dick Togo were up to their old tricks. Dick Togo distracted the official early on so that Evil can bash and batter The Ace’s knee with a steel chair. The official finally intercedes laying down a count on Evil.

Tanahashi tries to skin the cat back into the ring but Togo punches The Ace in the stomach and walks quickly away before the official can badger him about it. Evil slaps the Scorpion Deathlock on Tanahashi while they are out on the floor. The official has to step in once again.

Evil grabs onto the official’s foot. The Ace crashes down with a High Fly Flow. He rolls over Evil for the Cloverleaf submission. Before Evil can submit Togo yanks the official out of the ring. Evil taps and taps but there is no official to acknowledge his submission.

The Ace prevents Togo from hitting him with the IWGP United States Heavyweight Championship by putting him into the Cloverleaf submission too. Togo taps out. Nobody in the arena cares except for Evil. Evil rakes the Ace’s eyes. The Ace wiggles out of a Magic Killer by nailing Togo with Everything is Evil. Evil kicks The Ace in the “lower abdomen”. The Ace gives him a shot right back to the same area. Both men roll around on the mat holding their injured privates. 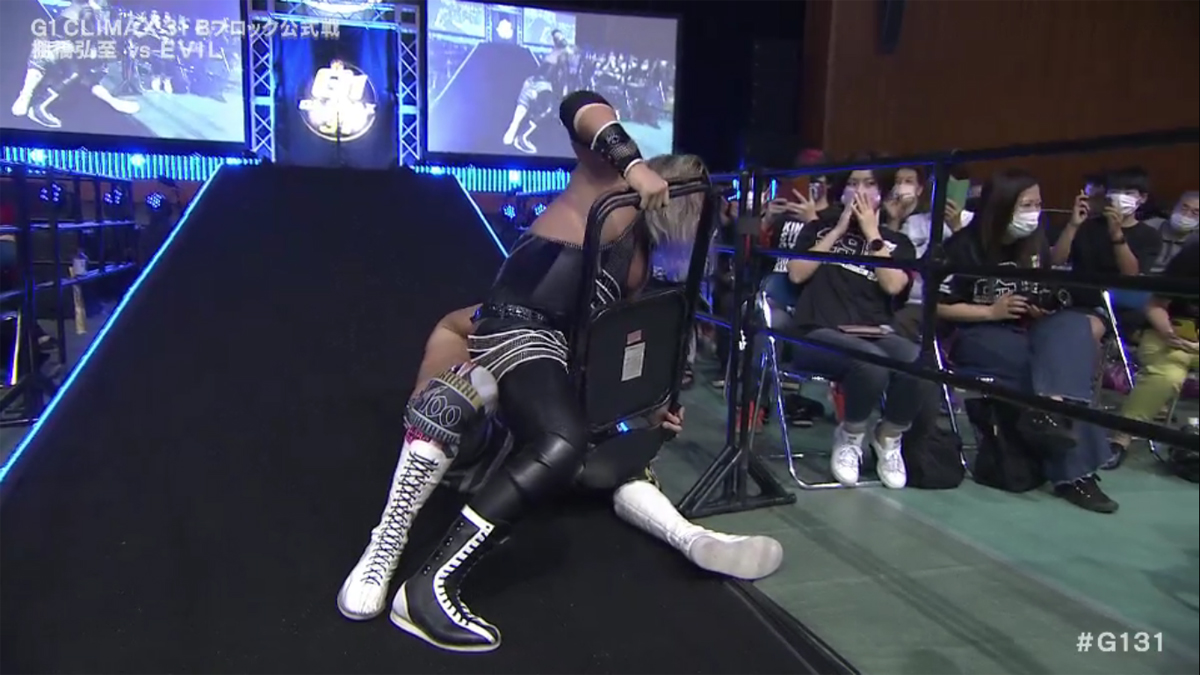 Evil throws the official into The Ace and hits Darkness Falls. There is no official to make the count though.

“Tanahashi! Get up!” yells Evil as he scoops up the IWGP United States Heavyweight Championship belt.

The Ace takes a belt shot to the head, Everything is Evil and is pinned by Evil.

Fujita fights and fights but submits to Desperado.

Yoshi notches his second win of the tournament by pinning Tanga with Karma.

Goto just overwhelms Owens by escaping the Package Piledriver and putting him away with a GTR.

Cobb catches Sanada in mid-air crushing him with a Tour of the Islands.

Okada wins another by Landslide and a Rainmaker.