‘Heels’ episode five: Big breaks for both Crystal and Bobby 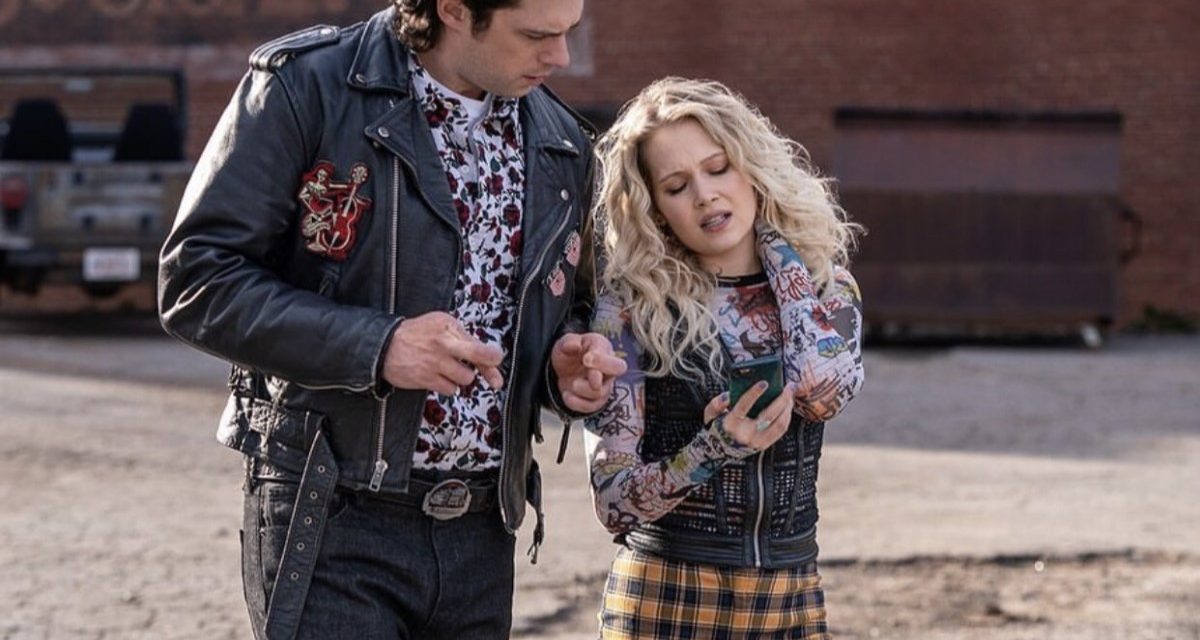 The best strength of the writing and direction of Heels thus far, now into its fifth episode on the STARZ channel and streaming app, has been the layered characters. The plot has been interesting as well, but the evolving nature of the people inhabiting the fictional Duffy Wrestling League, and those tied into it through friendship and family, forces a constant re-evaluation of their motives, desires, and even what they’ve got (or don’t have) coming to them.

As has been suggested in our earlier reviews, Crystal’s character, the brushed-aside valet to Ace who has more cooking in her head than anyone seems to realize, may just be the break-out star of the series waiting to happen. She opens the episode performing a passionate promo, pumping up the crowd for a championship contender’s match between her man Ace Spade and Bobby Pin. Turns out that it’s a rehearsal, and that her performance is very much to Jack’s liking, but Ace doesn’t think it belongs in the show. We see Jack’s wheels turn quickly and, since he’s working hard to bring Ace int the fold of storytelling for the promotion, he defers to his younger brother and cuts the promo from the show.

In a private aside, though, Jack pulls Crystal aside and tells her she’s good and that he’s going to write for her now. Someone else has been seeking that kind of push, mind you, and Rooster is getting more and more fed up waiting for his own time to shine. He and Diego Cottonmouth have something they want to run by Jack, but he says they have to finish planning the main event first.  Bobby Pin tries his first frog splash and it’s not pretty, but while Crystal encourages him (and Ace stews in his form of petulant jealousy), Jack takes a call from the State Fair planning department as they consider bringing the DWL to their event.

The seeking of this gig at the State Fair, which would be a show in front of up to 10,000 people and an exciting boost for the league, runs through the course of the episode. Jack meets with the planning committee with his son Thomas in tow — which turns out to be a good thing as the young Spade delivers a great pitch on the wrestling product to the admittedly non-wrestling nature of the committee people. They take in the wrestling show later on that night, which has everyone amped up to make it special.

As the DWL looks to be on the cusp of moving up, Wild Bill Hancock is definitely on his way down. We’ve seen the full story behind the previously seen viral video that may have cost him his future in the big, unnamed wrestling company “up north”, and now his press conference appearance to salaciously stumble his way through an apology of sorts hardly helps. With his future uncertain, he finds his way back into Duffy and inserting himself in a mostly unwelcome fashion into just about everyone’s business.

Most notably, it’s a brief run-in with Crystal where he delivers a similar speech to her as he did to Ace in the opening episode: that she has the chops but needs to break out beyond Jack’s scripts. He tells her to look for a moment and wedge herself into it. Unlike Ace, though, whose shortsightedness did not allow him to take advantage of his moment, Crystal knows exactly what to do. By the end of the episode, she’s gone off-script, sabotaged an angle that was going to, purposefully or not, demean her character and push her further away from the spotlight, and instead positioned herself into a power position.

All of this is unfolding right in front of Ace, who seems to self-sabotage every time he makes a little progress either professionally or personally. He responds to Crystal’s confidence, sparks of success, and developing closeness to Bobby with what is by now typical Ace behaviour: he lashes out and makes people hurt.

Except, and here again is where every character shows its layers, he’s the best friend or family that young Thomas seems to have outside of his mother Staci. Even Jack has a harder time relating and speaking to his son than his brother does, and Ace shares some really sweet moments with his nephew throughout the show that slam right up against his inability to operate effectively with his peers.

Heels is a show that deserves a wide audience, and it’s also show that wrestling fans deserve. It deftly plays to both knowledgeable fans and newcomers who may just be tuning in to to check out an actor they like to watch.  If you haven’t started watching yet, do yourself a favour and catch up before embarking on what promises to be a fun ride for the end of their opening 8-episode run.