Retro Review: Exploring the ‘Inside Secrets’ of entering pro wrestling 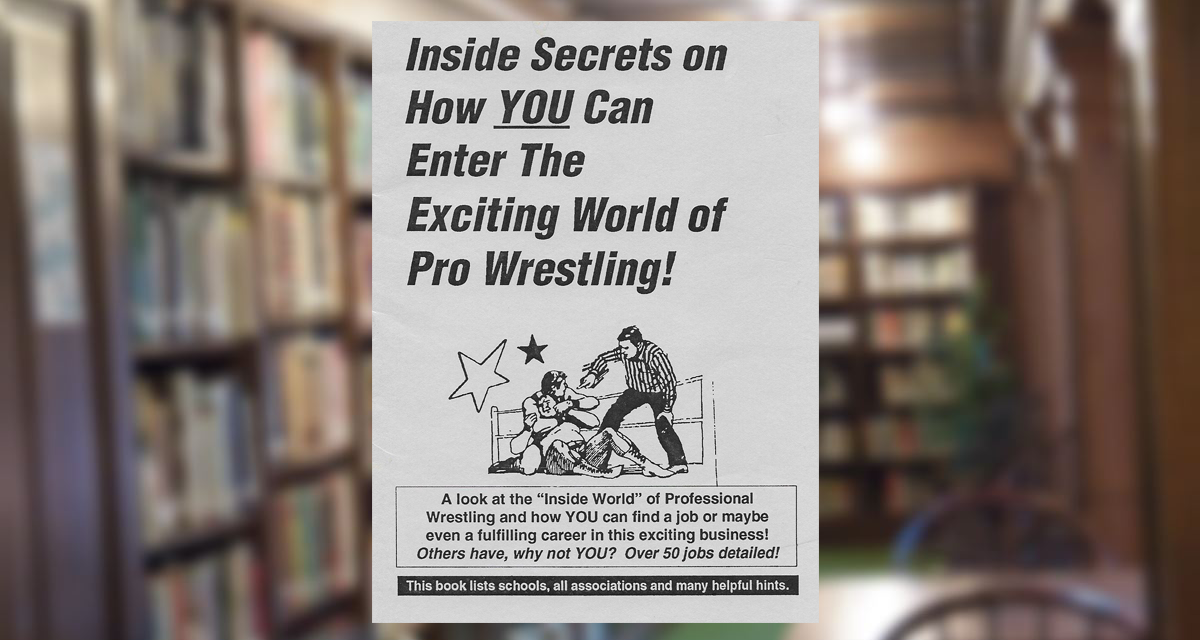 Entering professional wrestling in the ’90s wasn’t always as accessible as it is today. With the internet at your fingertips you can now find your local wrestling school, plop down your cash and get training! It begs to be asked, in the pre-internet days how did one get into pro wrestling? If you opened a wrestling magazine from that time period you just might have seen an advertisement for the mail away book, Inside Secrets On How You Can Enter The Exciting World Of Pro Wrestling. 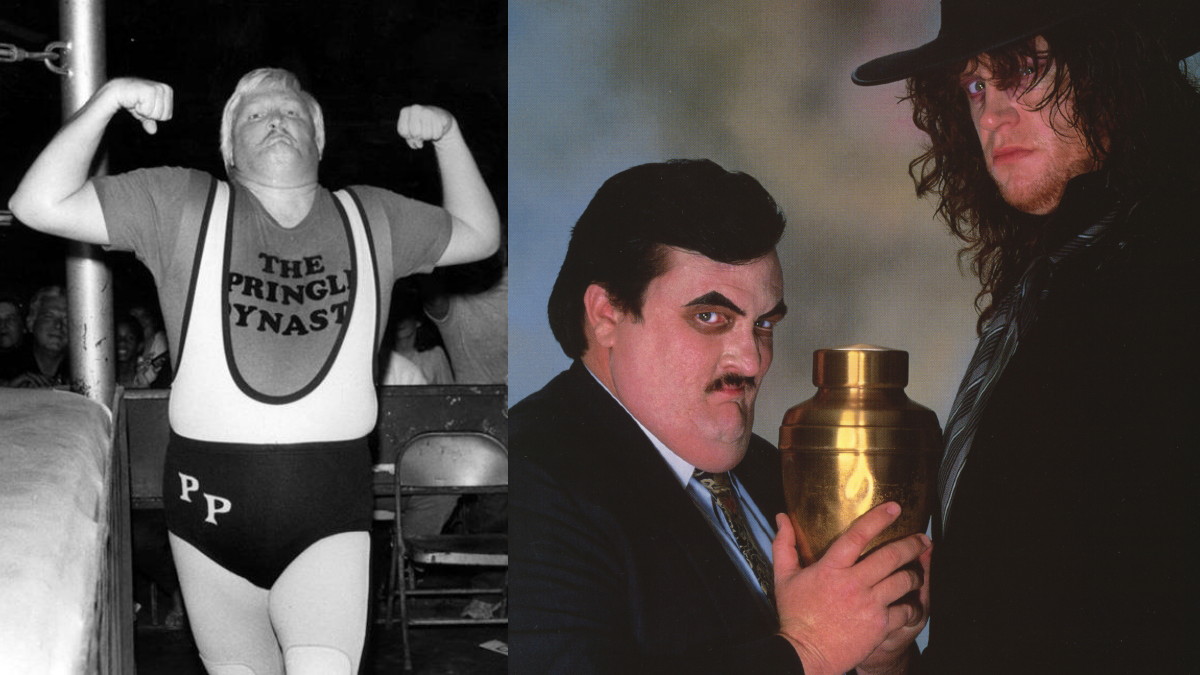 The book, written by former World Class Championship Wrestling (WCCW), World Championship Wrestling (WCW) and World Wrestling Entertainment (WWE) employee Dennis A. Brent and famous wrestling manager, Percy Pringle III (better known as WWE’s Paul Bearer, but born William Moody), was first published by Sports Interactive Publishing in 1989 and received 13 printings. The text covers advice from the knowledgeable authors about the different jobs in a wrestling company and their descriptions. It also included sections on “Where to get wrestling attire,” “What it takes to be a pro wrestler,” and a list of wrestling schools.

The book fills up a lot of space discussing various roles in a wrestling company from referee to photographer to parking lot attendants and program sellers. While these are rather obvious and mundane jobs for those who want to be a wrestler, Brent really provides solid advice for the wannabe grappler on how to act in this special environment. “They (the wrestling people) have to trust you,” declared Brent in the book. “Do not ask too many questions, but keep your eyes and ears open. Be a sponge and absorb everything. That is how you will learn.”

This book blew open the world of pro wrestling in the ’90s as it exposed some of the secrets such as “is it fake?” and what terms such as babyface and heel mean. The section about marketing yourself as a wrestler still applies today, but the means to do so have changed. Instead of emailing pictures, matches and a resume, the newbie wrestlers of the ’90s would type out their resume on a typewriter, get 8 x 10 pictures done usually at a photo studio and have a video cassette of their matches to put in the hands of promoters.

In his autobiography, A Chosen Destiny: My Story, Drew McIntyre swears by it. “I learned everything from these books: how things worked backstage, how storylines were created, the way matches were structured. It tapped into the psychology of a live crowd and explained the secret words used by wrestlers among themselves. Best of all-the bit that made me feel like an outsider being inducted into the secrets of the profession it reinforced the biggest lesson of all. That you have to keep kayfabe-or kay-fur-bey, as I pronounced it with my thick Ayrshire accent because I’d never heard anyone say the word. ‘Wrestling is a business of secrets so you’ve gotta keep the secrets. You’ve got to keep kayfabe.’ I would follow the letter of this book, and in learning it almost by heart, I thought I knew everything.” (McIntyre also admitted to plagiarizing the book for a book talk while in school.) 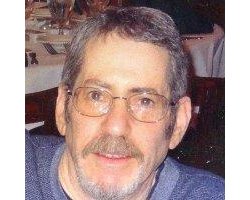 A few months ago I received an email from my son’s martial arts instructor, Jeremy Elliot. Elliot was a longtime independent wrestler and when he cleaned out a closet at his United Family Martial Arts dojo in Niagara Falls he found a box full of wrestling knick knacks and books. Elliot wanted to know if I was interested in the wrestling memorabilia and of course, I was!

As I went through the box of goodies I came upon Inside Secrets On How You Can Enter The Exciting World Of Pro Wrestling and thumbed through it. I imagined what it would have been like to read this book many decades ago. I reckon it would have been like being let into a secret wrestling club. So I reached out to Elliot to find out why he purchased the book.

“As a young kid I absolutely loved pro wrestling,” recalled Elliot in an interview for SlamWrestling.net. “I watched it at my grandma’s. I’d watch it with my mom. One of my favorite childhood memories was of her taking me every year to watch WrestleMania.” 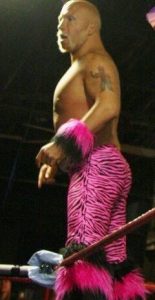 The book was the eye opener Elliot needed to start his journey in wrestling. “Purchasing Inside Secrets On How You Can Enter The Exciting World Of Pro Wrestling gave me even more information about different jobs that were available in pro wrestling, all the major players, names for wrestling schools, gear makers, contact names, addresses, and phone numbers to get in touch. Most important it laid out how to go about doing it. This opened my eyes to the possibilities and had me one step closer to getting in.”

As much as I giggle at this little 40-page book in our digital age, I can see how it would have been revolutionary a few decades ago. “The book helped as it led me to exploring,” said Elliot. “My mom had known Sweet Daddy Siki back in the day so one weekend I ventured up to Toronto for a weekend (Siki’s contact information was in the book) and checked out the school as well as watched an AWF (Apocalypse Wrestling Federation) show at the CNE (Canadian National Exhibition).”

“Eventually the original Fighting Spirit/NEO dojo (Niagara Falls) was born and I finally got my start,” revealed Elliot, who had tryouts with Total Nonstop Action Wrestling (TNA) during his run as a pro wrestler. “For the next 15 plus years I was very lucky to continue traveling all over and especially for the opportunity to have pro wrestling influence my martial arts and my martial arts influence my pro wrestling! This book was a definite classic and brings back fantastic memories of how we used to get information before the amazing invention of the interweb.”

The book Inside Secrets On How You Can Enter The Exciting World Of Pro Wrestling is a fun time capsule that shows how aspiring wrestlers used to get all their information on this sport. In the current era of information at our fingertips, this book by Brent and Pringle takes us back to a time of mailing letters and making phone calls to get your foot into the grappling game.