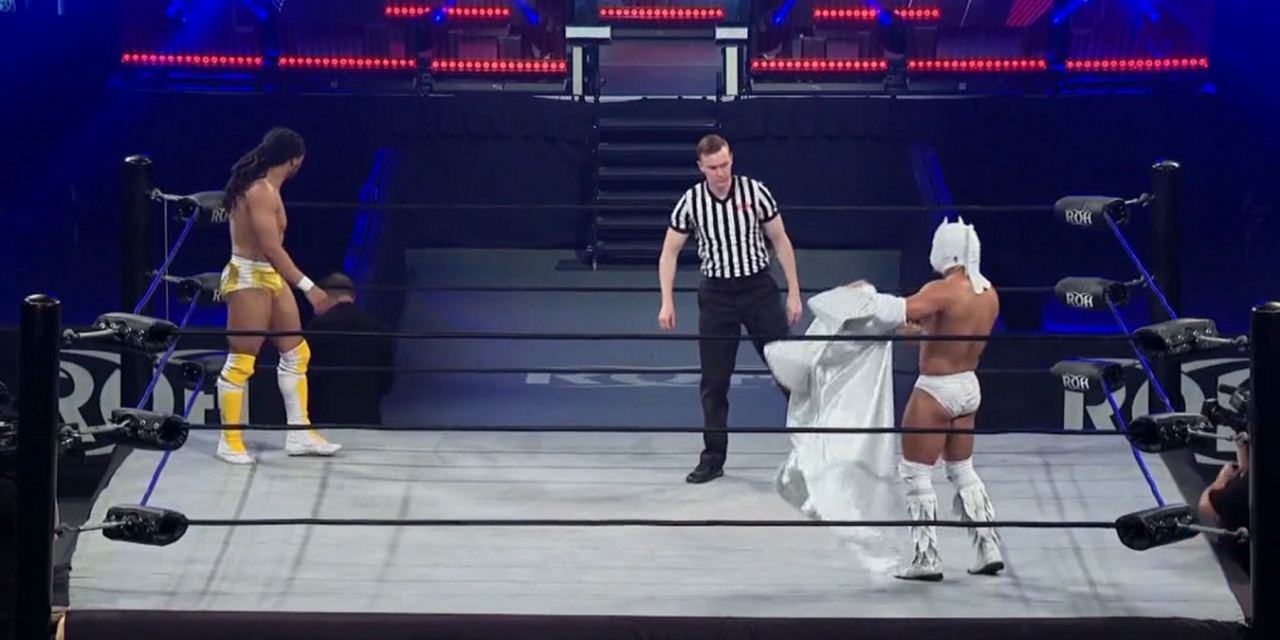 Greetings and salutations everyone and welcome to my weekly ROH TV report. We are approaching Death Before Dishonor and this week features two women’s quarter final matches and a TV championship match. It’s always refreshing when every match on the card counts. Without further ado let’s get to it.

The show kicked off with our regular intro.  Ian Riccaboni is our host again as he ran through the card for the show.

Before the match we got a very well produced video package highlighting both competitors of the match. This is always a great way to get fans invested in the match when they feature relatively unknown wrestlers. Love ran through everything she has accomplished throughout her career. She ended her promo by saying that she is the only one that should be taken seriously.

The match started with Amy Rose directing Max to attack Love. Max the Impaler absolutely dominated Love throughout the first part of the match as she put her on a torture rack.

Max continued her vicious attack of Love throughout the ring. Max set Love up on the ropes and locked in a sleep hold. Max was not listening to anyone including the referee which resulted in a DQ.

After the DQ Max jumps on Love’s arm and Love looks to be injured. Max seems happy with the destruction she caused through this match.

Before the match we got another video package hyping the match up. Kay said that she is done playing around while Adora said she is the natural choice to win the tournament.

Dalton Castle was the special guest commentator for the match. Prior to the match both men had a promo. Isom said he has been on the chase for the TV title for the past few months and its finally his time as he has earned this title shot. Isom said he promised his mom that he would win. In Lee’s promo, he said that the Dragon has woken up.

The code of honour was adhered to as the match started. The match saw both men display their technical abilities as each man tried to “one up” the other. Lee locked in a stretch muffler but Isom was able to reach the ropes. Isom then took control of the match as he arm dragged Lee to the outside and dove onto from the ring.

After an fiery battle, Isom was able to hot The Promise but was only able to get a two from the pin. Isom, determined to with The Promise tried it again but Lee countered it and hit a running knee to Isom’s head. Lee went for another knee that looked like it connected as Isom didn’t know where he was anymore. Lee hit the Incinerator knee to Isom, went for a pin and successfully defended his title.

After the match, both men shake hands as the show comes to a close.

This week’s TV was very fun as we got more women’s tournamnet matches. The main event was a must watch and i truly would go out of my way to watch it as Lee and Isom have natural chemistry.  Until next time, Stay Safe!