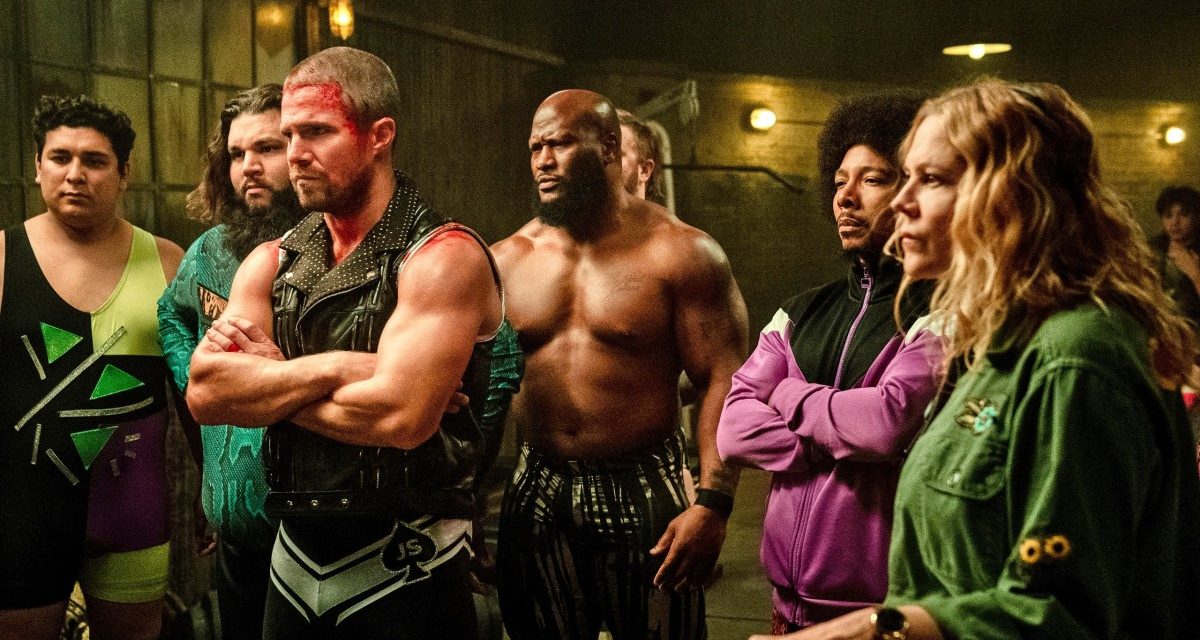 “Cheap Heat”, the third episode of Heels, showing on the the STARZ channel and streaming on Sundays at 9 pm EST, continues to explore the fallout from the first episode’s coda: Jack shooting on his brother Ace in the ring and simultaneously screwing up the match, Ace’s big try-out for the federation “up north”, and Ace’s hero character in general. As previously stated in that review, a big appeal of the show’s opener was the duplicitous nature of the Spade brothers – they were face (Ace) and heel (Jack) in the ring, but it wasn’t anywhere near that clear-cut backstage.

This episode opens with a look back at the patriarch, Tom “King” Spade, former champion and top star of the Duffy Wrestling League. All we know about Jack and Ace’s father is that he died, leaving the league ostensibly to Jack — and we also heard a bitter comment from Ace about how Jack was eventually going to kill himself like their dad. As Jack observes the nearly one-year mark since their father died, we learn (and see in a harrowing scene) that it was indeed suicide. The episode takes great care to visually set up bookends featuring King and Jack, bringing up the idea that Jack may be headed down a similar (but not literally identical) path of self-destruction.

But, let’s get to it, wrestling fans: for many, this is the “CM Punk episode”. 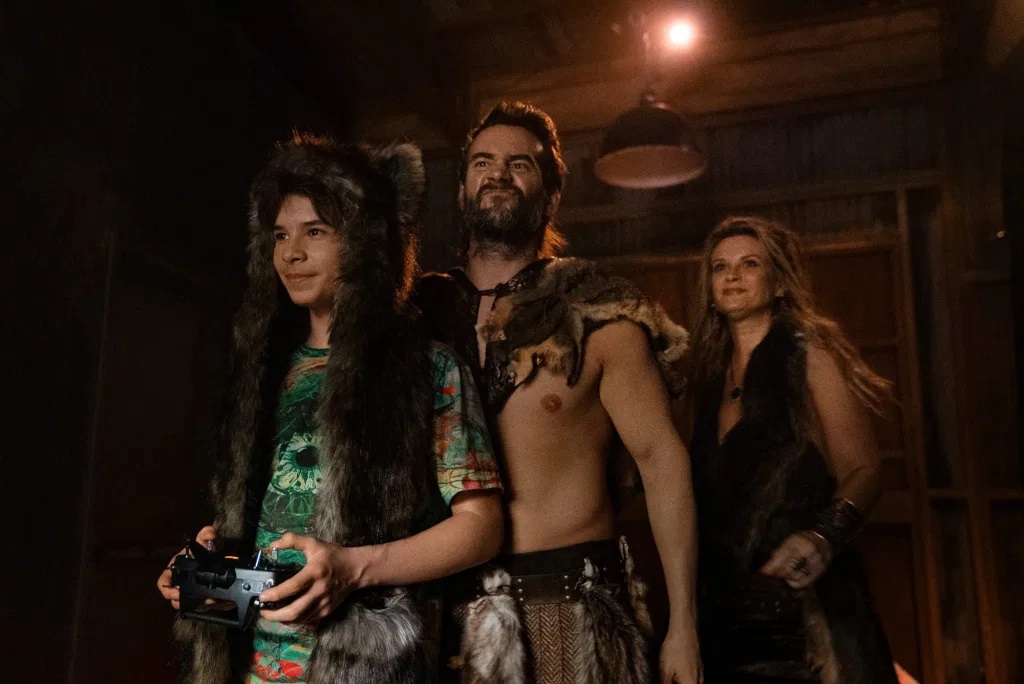 CM Punk chews up the scenery as Ricky Rabies, accompanied by his son and valet, in a still from Heels.

Yes, Punk is back in AEW, but your first chance to see him return to the ring is in Heels as Ricky Rabies. In a decidedly un-heroic introduction, Rabies is on the toilet in a strip club as he talks with Jack on the phone, working out the arrangements to make an appearance in the DWL. It’s painted as a somewhat desperate move by Jack as there are concerns among the DWL that he has sabotaged tickets sales for the upcoming show by running interference with Ace.

With Rabies, the show gets to explore a little broad comedy, and Punk delivers a rock-solid performance. He’s hardly the focus of the show (despite, in kayfabe terms, how Ace is worried that his guest appearance at the event will steal his spotlight), but he makes the most of his time on screen as a weary, worn-down indie wrestling legend. As for his time in the ring – again, he isn’t given much, but his match with Amell showcases the most wrestling so far in the series, which makes perfect sense when you put the two most experienced wrestlers in the main cast together (and yeah, I know that Punk has the edge on Amell in that department).

There is plenty of trouble brewing for Jack with his entire roster, as Rooster continues to grow more and more frustrated with his lack of push, Ace’s valet Crystal continuing to insert herself more and more into a position of influence as she seeks to tweak Ace’s character through suggestion, and newcomer Bobby Pin’s awkward attempts at ingratiating himself into the good graces of the roster fall flat (but endearingly so for the audience). Through it all, Jack proves that he has a mind for this kind of multi-level management, as he deftly initiates a handful of ploys to at least placate everyone, if not further twist and control their place in the DWL.

There’s an especially nice reveal at the end of the episode that shows how Jack, while claiming to be helping Ace return to his hero status, is secretly plotting to have him turn full heel. Alexander Ludwig, as Ace, does a terrific job in this episode of fighting his character’s instincts as he tries to deliver a pure, heroic promo while biting back the insults he so desperately wants to hurl at the fans who heckle and boo the former golden boy. Whether Ace is willing to accept the idea that he could parlay his natural heelish tendencies in real life (although, naturally, he doesn’t see himself that way) is something you’ll have to watch the episode to find out.

The other star of this episode is Alison Luff as Staci Spade, Jack’s wife. She has played a steady hand thus far in the show, helping Jack keep one foot in his family life while he dedicates much of his life to wrestling, but Staci continues to takes more of a centre stage, active role. She meets up with old friends who have driven down to Duffy to see each other for the first time in a while, and Staci spends some of their dinner trying to deflect conversation about the wrestling part of her life. When her friends learn that there’s a show that night, however, their entertainment for the evening is planned and settled.

Staci guides her friends through the finer points of what’s happening, but it becomes clear that while her friends take in the spectacle with great enthusiasm and gush about Staci’s lucky life, she is feeling more and more overwhelmed by the presence of the DWL in her daily routine. She wants to travel, she wants to upgrade their home, and more than anything she wants to see more time available for her, Jack, and their son Thomas to spend together. The DWL makes all of that more challenging.

As we move away from the introductory nature of the first two episodes, Heels demonstrates that it has plenty to offer with layered character desires and conflict, as multiple people both inside and out of the DWL seek to manipulate those around them for their own goals, with either the best of intentions or otherwise. It has all the makings of a solid first season run.

Stay tuned to Slam Wrestling for reviews of each episode, and for upcoming interviews with the cast and crew of Heels.