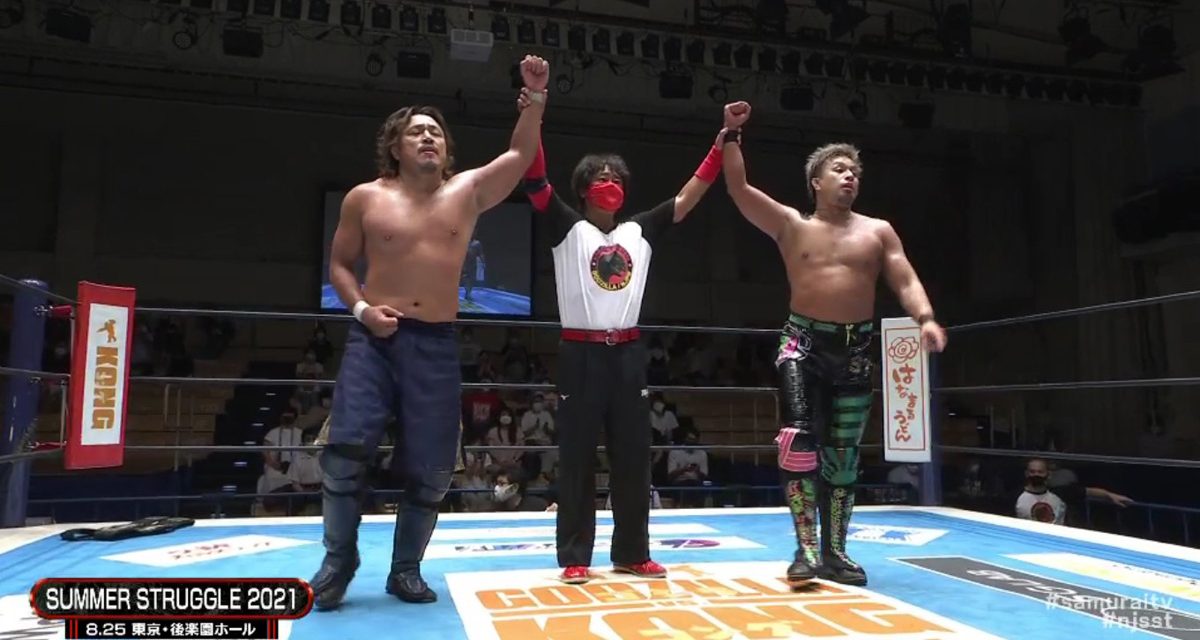 The often underappreciated Hirooki Goto came through for his team as he, Tiger Mask, Robbie Eagles and Yoshi-Hashi defeated Suzuki-gun (Yoshinobu Kanemaru, Taichi, El Desperado and Zack Sabre Jr.) in a tag team elimination match on night 17 of the Summer Struggle tour.

Tiger Mask had El Desperado eliminated at 17 minutes by kicking his legs out from under him. Desperado fell off the apron. Yoshinobu Kanemaru had Red Shoes distracted so he didn’t see the elimination.

At 17 minutes and 20 seconds Desperado low-blowed Tiger Mask throwing him out of the ring.

Desperado though was the next to go a few minutes later at 19 minutes and 9 seconds as Eagles kicked him off the apron to the floor. Kanemaru shoved Eagles off the top rope booting him at 20 minutes and 54 seconds.

Goto and Hashi teamed up to kick Kanemaru at 21 minutes an 17 seconds leaving just them and Dangerous Tekkers in the match. Taichi was drained by Yoshi-Hashi’s modified Butterfly submission. He is dumped at 25 minutes and 27 seconds. Sabre Jr. pounced on Hashi with a boot to the head knocking him off the apron.

A clothesline from Goto sent Sabre Jr. up and out. Goto and his pals are victorious much to the chagrin of the Dangerous Tekkers.

Chase Owens versus Toru Yano, the hottest feud in New Japan right now, got even nastier earlier in the evening. Yano’s anger, frustration got him disqualified last night and the same happened to Owens tonight.

Bullet Club (Owens and Jado) attacked before the match even started clobbering Yano and his partner tonight, Togi Makabe. Owens whipped Yano into the ringside barricade and assisted Jado in double-teaming Makabe in the ring. 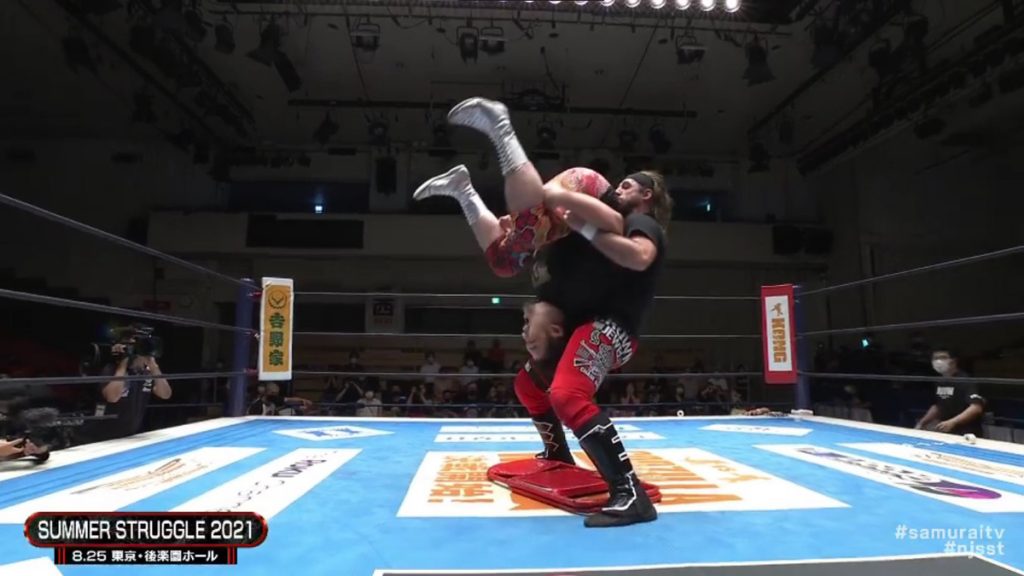 Owens spikes Yano on his own steel chair. Courtesy: NJPW.

Yano took a roll of tape out of his trunks with the aim of wrapping Owens up. The official wouldn’t have any of that grabbing the roll from Yano. Owens just hauled off kicking Yano in the “lower abdomen”. He then tossed the official out of the ring. Bullet Club was disqualified.

Owens took Yano’s chair ripping the sponsorship off of it before nailing Yano with a package piledriver on the chair. Makabe rushed into the ring but he was double-teamed. Jado choked him out with his kendo stick. 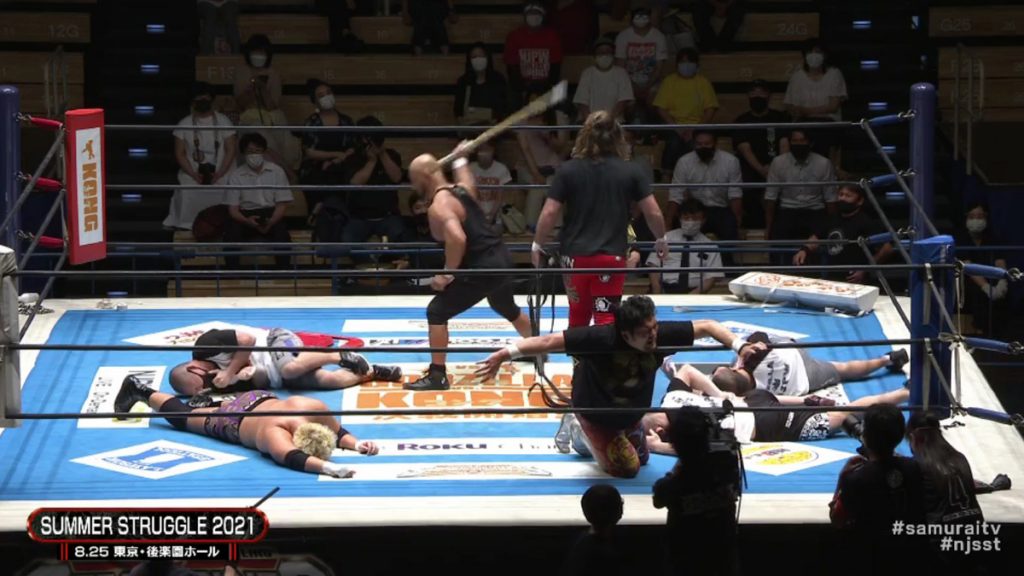 Owens took Yano’s tape and secured him in the ropes. Owens retrieved his strap from under the ring. Owens whipped Yano again and again. Young Lions dove into the ring but they got whipped and caned too.

“Yano, say ‘I quit!’,” yelled Owens in Yano’s face with the house microphone. Yano refused. Owens whipped him some more.

Officials finally freed Yano once Bullet Club left the ring satisfied that they had made Yano pay for brutalizing them last night.

Phantasmo gives Douki a Sudden Death kick in the back of the head. Ishimori pins him. Suzuki chases Phantasmo and Ishimori away with a steel chair.

Cobb catches Honma diving off the top rope. He pins him with two Tours of the Islands. Cobb stares Okada down.