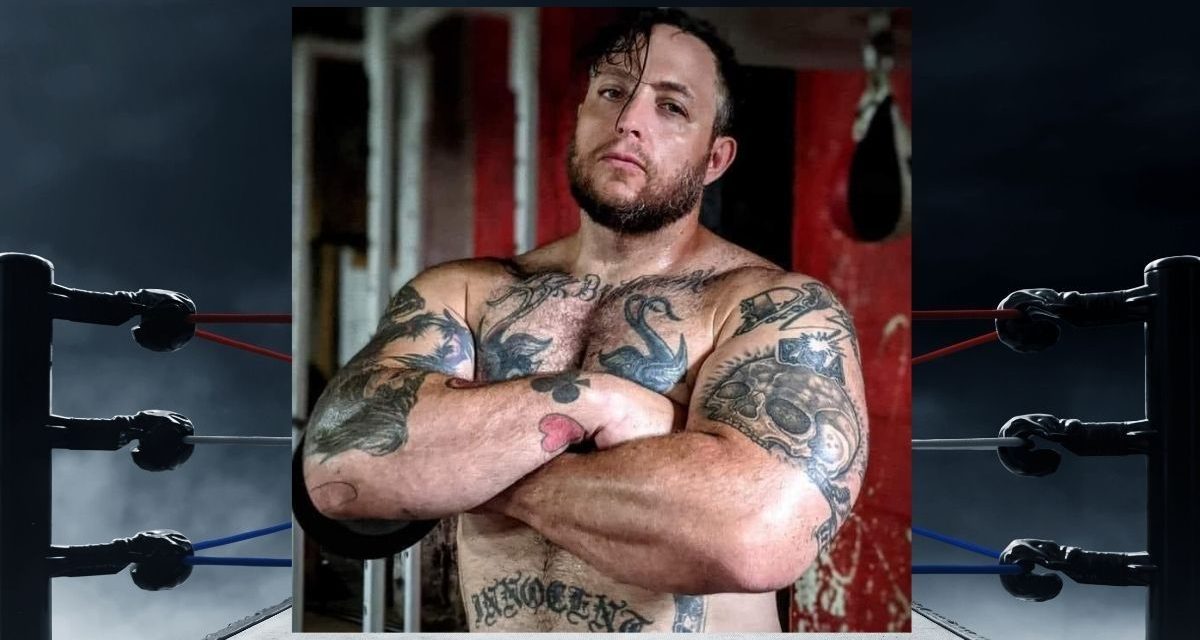 Jym Anderson, a veteran of New England’s wrestling rings, and a punk rock singer, has died. He was 42.

He had promoted himself as “Big” Jym Anderson, and as “The Prophecy.”

In a PWZ podcast, with host Rick Del Santo, Parrella said that “pro wrestling was my bond with my Dad” growing up in Bethel, Conn., and they watched World Class, AWA, NWA.

But first comes the music.

Parrella was the lead singer of the punk rock band Two Fisted Law, which started in 2001, though he was known as Jym McDermott, and didn’t join the band until 2007. The Interpunk website described the band:

Two Fisted Law is a punk band hailing from Danbury Connecticut. Dating back to 2001, their sound is rooted in core punk bands like Bad Religion, The Misfits and Black Flag but now draws from more modern influences. Guitarist Rick Foster, and bassist Dave Haug have been with the band from the beginning. Kyle Trocolla joined the band in 2005 but has been playing with Dave, and Rick in various music projects for years. Their familiarity with each other helps them work together to produce something that the band is always proud of. Jym McDermott (Last Kyd Picked, Statement of Purpose, Rivers End) came on board in 2007 and has the most experience out of anyone, being a lead singer for a number of years. With the addition of Matt Rosenzweig and his heavy metal influence the band has developed a more unique feel than most classic punk bands out there and completing the immense sound that is Two Fisted Law. As the band looks to the future there is little that can stand in their way of bringing back the glory of punk rock to the starving masses.

According to one interview, “Punk Rock by and for Punk Rock Fans” was the band’s motto. Two Fisted Law released three full length albums, United We Sit on Sling Slang Records in 2009, Late Nights and Bar Fights on Altercation Records in 2012, and Brother’s Keeper on Altercation Records in 2015. When Parrella joined the band, it hit the road, playing SXSW, The Upstart Fest, The Philadelphia Film and Music Festival, and more, sharing the stage with bands like The Misfits, Murphey’s Law, Michale Graves, The Independents, The Koffin Kats, The Reverend Horton Heat, The Toasters, MOD, The Turbo ACs, The Hudson Falcons, Agnostic Front, The Adolescents, and the Weirdos. 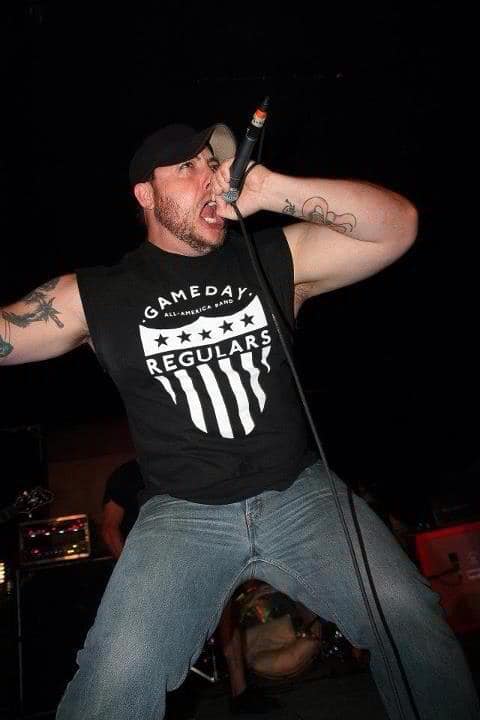 Lifting weights while home from touring with the band, he mentioned wanting to be a pro wrestler at the gym, and after dying his hair blond, he was in a friend’s corner as a bodyguard. He trained with Jay Boss and Randy Shawn for the first couple of years.

At 6-foot-1, Parrella was a big fan of Arn Anderson, hence the choice of Jym Anderson for his wrestling character; Vader was another favorite. His polishing came at a school run by Mario Mancini and Paul Roma.

In an 2014 interview at MetalRiot, Parrella was asked to compare wrestling and punk rock. “Flipping the switch to be angry guy and intimidating people is the most fun about it. Plus popping a crowd is amazing. I am The Enforcer Big Jym Anderson. I quiet and violent. Which is completely opposite of who I really am.”

Parrella also noted getting a chance to work with Booker T. “It’s been a real blessing. I learn so much from him just in casual conversation. He is an amazing teacher and an amazing person. His soul goal is to prep the next generation. You can’t ask for anything better than that.”

In the MetalRiot piece, he noted how he felt about his fellow bandmates: “I play in a band with guys I can legitimately call family. We aren’t a ‘ok I will see you at the next practice’ band. We spend a lot of time together. The best part of singing or performing is being on a stage with them. We don’t care if there is 5 or 500 we put on the same show. They push me and I push them and we collectively hope our fans and new crowds see that.”

His wrestling career took a set-back in 2018 with a knee injury, and he had spinal surgery in 2020, when he posted, “My body is betraying me” to his Facebook feed.

Parrella had at least one son, Ari.

Condolences were posted online by colleagues.

“Jym was always such a welcoming individual to many of us in the lockerroom,” wrote “Colossal” Mike Law. “I want to send my utmost condolences to the family, friends, and loved ones of Jym Parrella. Way too young to have left us. Bless you and rest easy brother.”

Referee Tony Stevens wrote “Whether you knew him as Jym Anderson or Jym Parrella, you knew from day one that he will leave you memories that will last a lifetime.
More than the matches we shared in the ring together, it will be the brotherly hugs, the conversations, the reality, and the enduring impressions we shared that I will continue to take with me. A fierce competitor inside the ring, but more so, a big man with an even bigger heart outside of it – a true gentle giant. Jym, thank you for all the time, the memories and moments that we shared, and the love that you gave to so many – and while you will most surely be missed, we will continue to carry you in our hearts and souls forever.”