Mat Matters: Memories of bringing Bob Adessky (1926-2021) back into wrestling 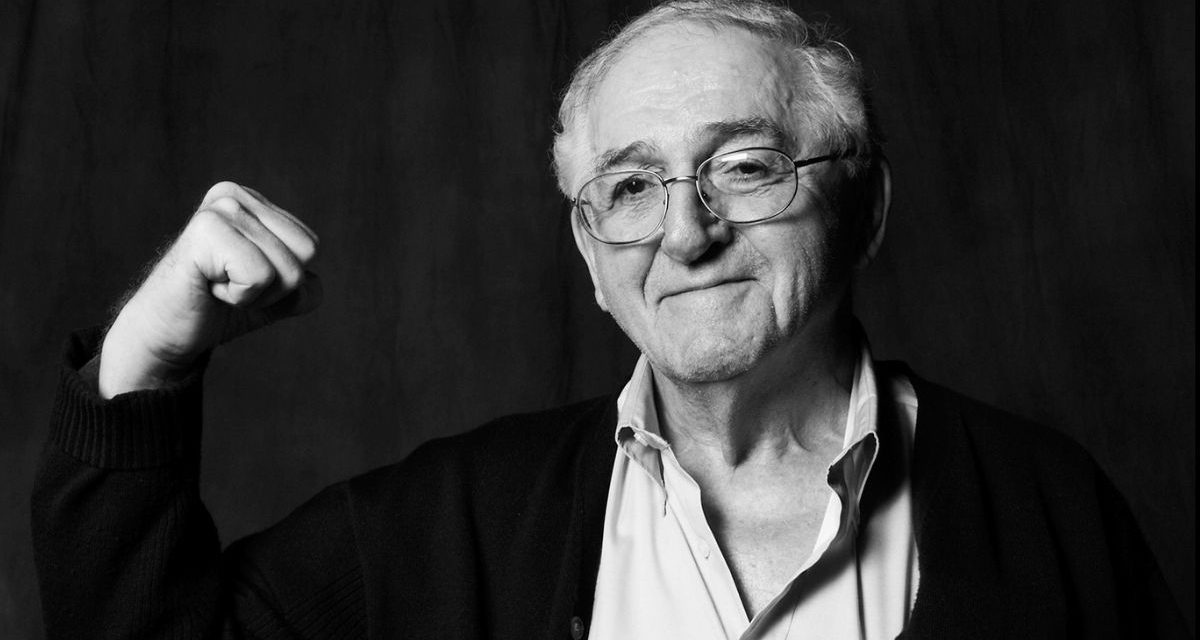 It’s been a lifetime of stories and experiences for me in professional wrestling, but some things do stand out.

Getting “The Canadian Jewish Wonder Boy” Bob Adessky talking about professional wrestling for the first time in years and years, and then bringing him to a Titans in Toronto event, are two of those moments that I’ll never forget.

I didn’t know much about Bob Adessky, only finding him in Sid Feder’s 1952 Wrestling Fan’s Book: “one of the game’s roughest customers” and then the 1997 Biographical Dictionary of Professional Wrestling, by Harris H. Lentz III, which obviously borrowed heavily from Feder’s book.

Then the robe, oh the robe.

I don’t pretend to be a photographer, but I captured a little magic when I got him to pose wearing an old entrance robe, holding a poster.

Magic. (With a little cropping in the original story, which ran on June 5, 2005: BOB ADESSKY: JEWISH WONDER BOY.) 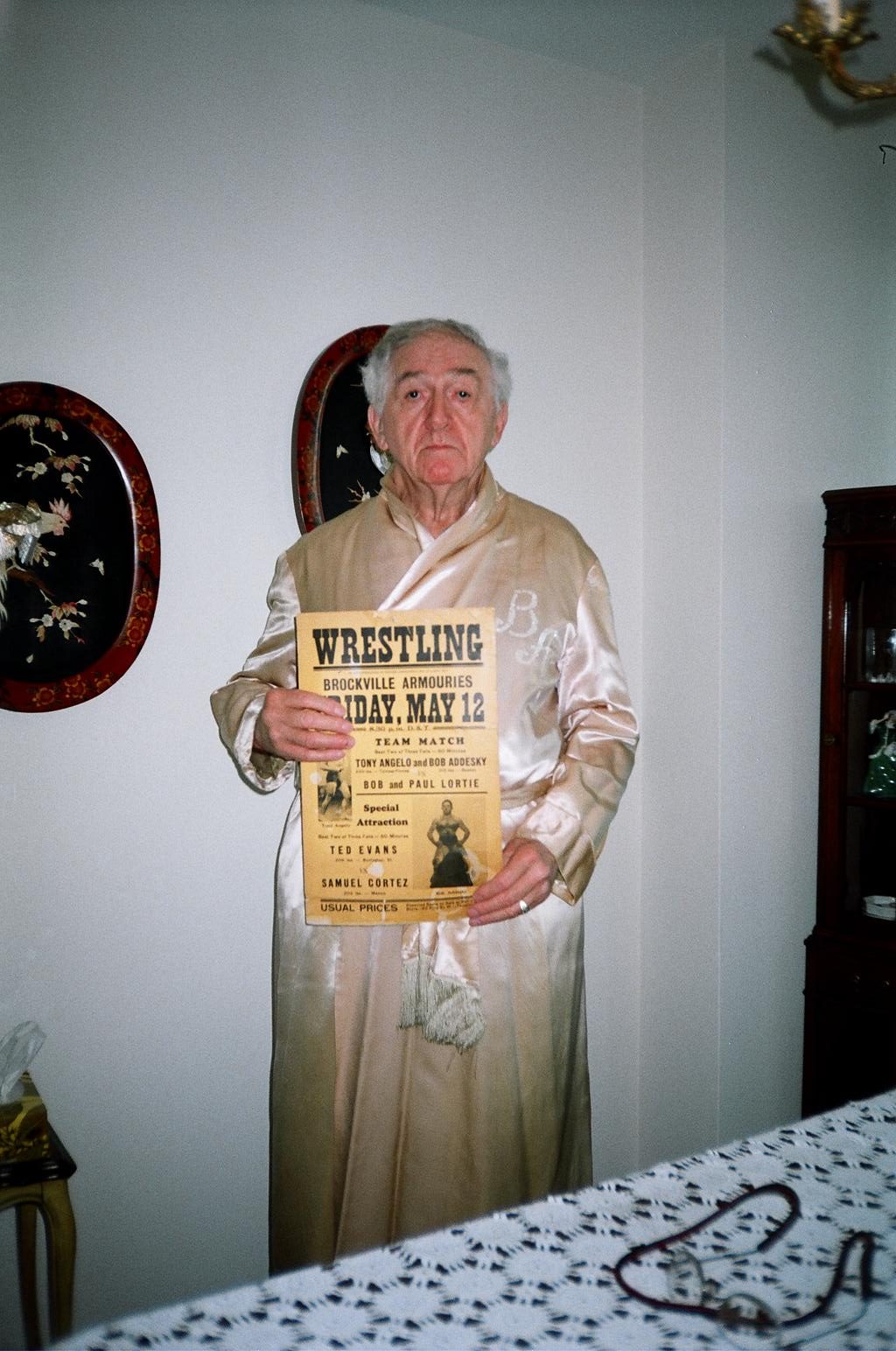 The uncropped Bob Adessky photo from his apartment in June 2005 — note the glasses on the table. Photo by Greg Oliver

Hmm, how to put this … Bob was a little mystified by the more current wrestlers that were there, and didn’t really know the other oldtimers who were there, since his career predated the likes of Waldo Von Erich and Gino Brito by many years, starting out in 1946. He was at our head table, but seemed a little lost.

But it was important to me that he was there, and I look back on that evening fondly.

His presence was fortunately captured by a real photographer, the incomparable Andrea Kellaway, in her little mini-studio we set up at The Factory, in Vaughan, Ontario, where we had the dinner. 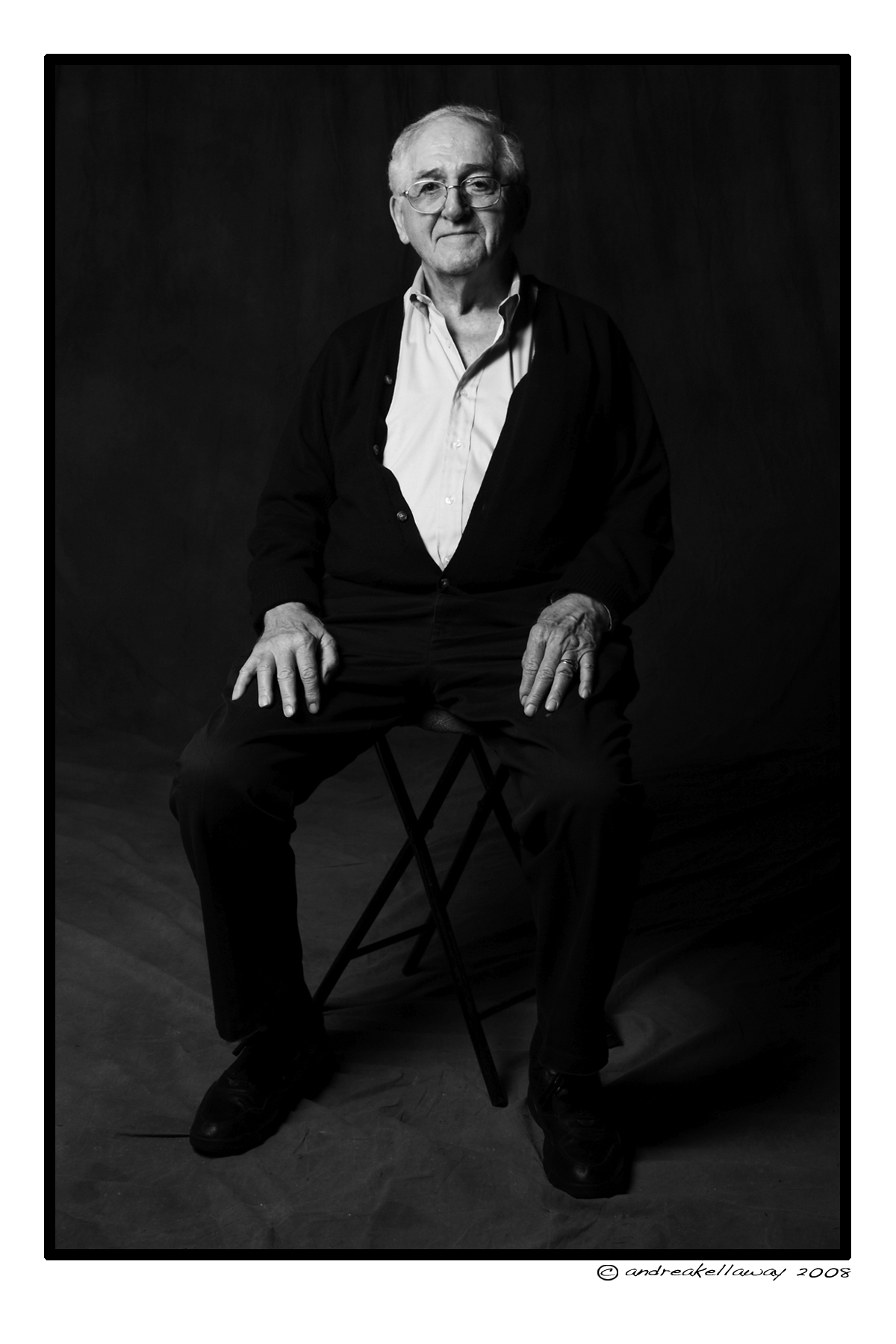 Bob Adessky at the 2008 Titans in Toronto dinner, above and top banner photo. Photos by Andrea Kellaway, www.andreakellaway.com

The news of Adessky’s death came through our website traffic reports — the story I’d done on him from 2005 was high on the list, so I Googled and found an obituary that made me smile — most death notices don’t do that.

Bob Adessky (aka; The Canadian Jewish Wonder Boy). Died peacefully August 8, 6 days short of his 95th birthday. He lived a life devoted to his family, love of sport (amateur and professional wrestling, and fishing) and justice for the Jewish people. Husband of 68 years to the love of his life, Shirley (Pepper). Loving and wonderful father to Steven, Nancy Croitoru (Ken), and Jim (Zeeva Millman). Dear brother and brother-in-law of Herman (Hy) and Myrna Adessky and Norma Pepper, the late Irving and Zelda Adessky and the late Pearl Pepper. His biggest joy were his grandchildren Jonathan Adessky, David and Erica Croitoru, Michael, and Danielle Adessky. He was a proud, kind and eternally optimistic man, always quick to joke and never afraid to show his emotions. His strength and actions in the face of injustice were balanced by his joy for life. His stories, cheers and songs will stay with us for many generations and were legend even in his life – with him as the greatest character of all. Many thanks to the marvelous staff at Baycrest Apotex 2. benjamins.ca

Technology changed since I interviewed Bob in 2005. There are so many more newspapers available online now, which would have been fun to have shown him these clips under his various aliases.

So, I will say a fond farewell to Bob Adessky … and to his aliases … and to The Canadian Jewish Wonder Boy. (Do go read my earlier story on him!)

He was Harry Steck in Burlington, Vermont (a city where he’d later help promote) on May 19, 1950: 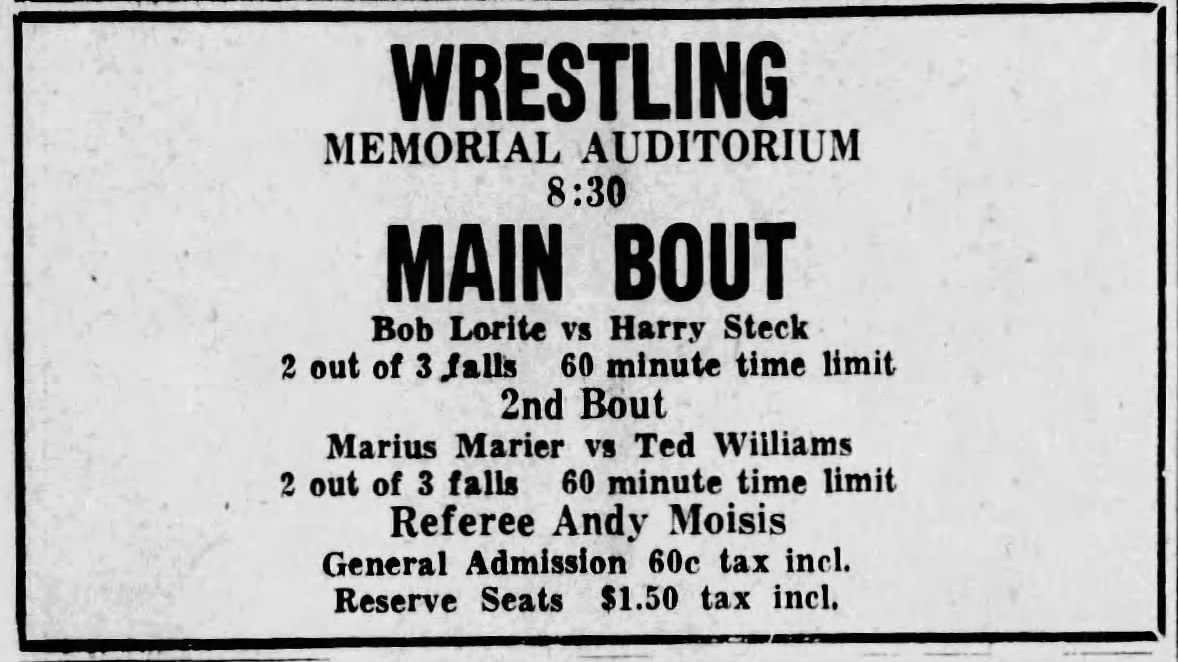 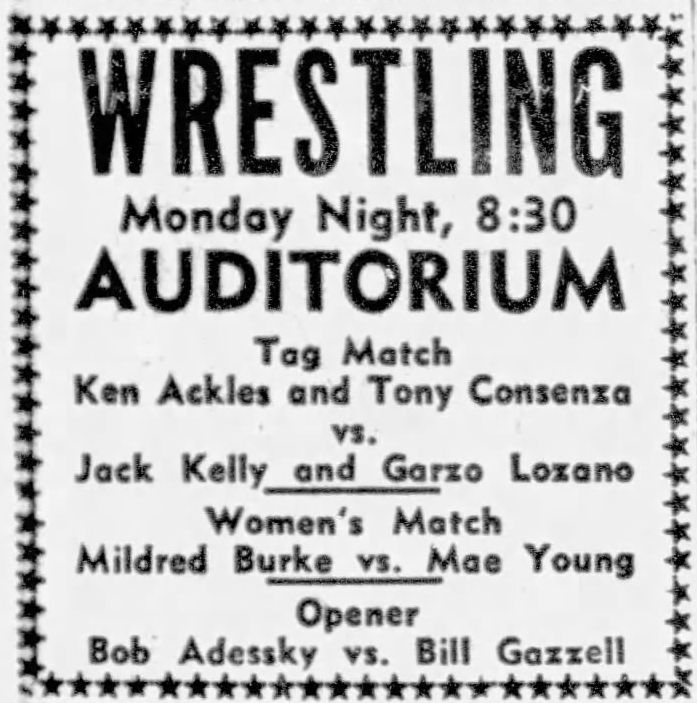