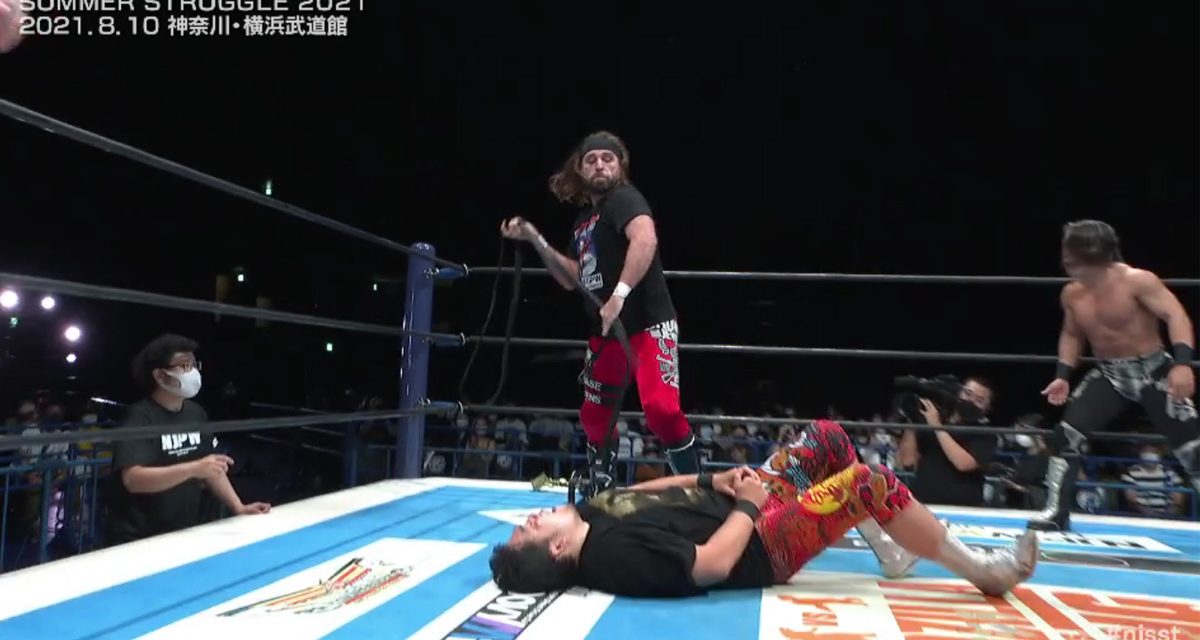 Both Yano Toru and IWGP World Heavyweight Champion Shingo Takagi were the victims of Bullet Club swarmings on night 14 of NJPW’s Summer Struggle tour. Although the participants were still involved in matches, the Super Jr. Tag League tournament took the night off.

Takagi was once again the target of Evil and Dick Togo as he faced Yujiro Takahashi in a non-title, singles match.

Yujiro pulled Takagi into the official who fell like he had been hit by a bus. Evil and Dick Togo ran into the ring giving Takagi a beatdown. As they held Takagi, they instructed Yujiro to belt him with his cane. Yujiro was met with Takagi’s big boot in the face. They whipped Takagi off the ropes. He clotheslined them both to the mat.

Takagi had the match won with a Pumping Bomber and a Last of the Dragon on Yujiro. Evil though stomped on the official stopping the count. Takagi lifted Evil up but Togo punched him in the “lower abdomen” from behind. The official disqualified Bullet Club so Takagi won the match by disqualification. Evil belted Shingo in the head once again with the championship belt. Los Ingobernables de Japon was nowhere to be found. 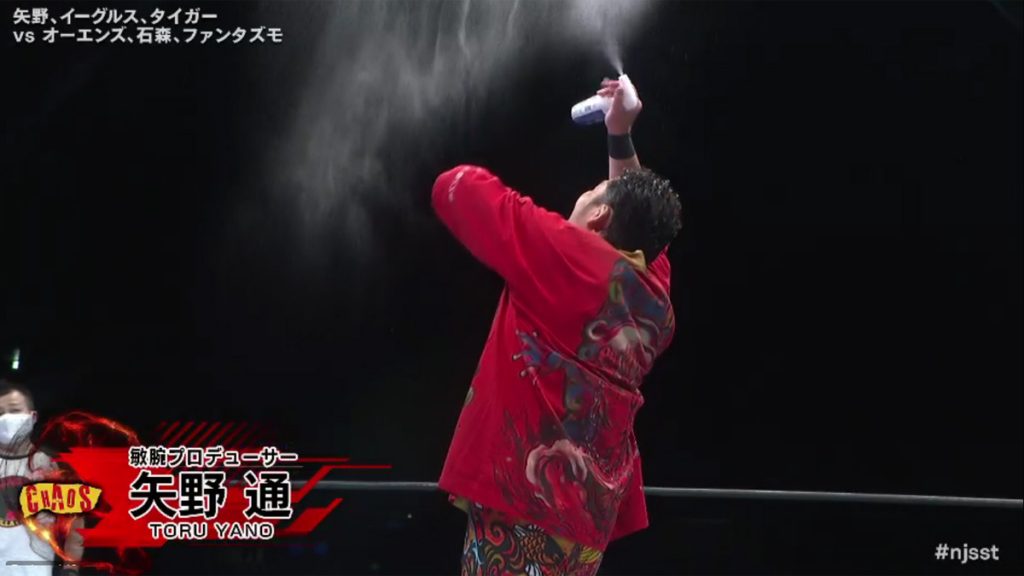 Toru Yano sanitizes himself and the ring. Courtesy: NJPW.

Provisional KOPW 2021 champion, Chase Owens, laid down a challenge to Toru Yano at the conclusion of their tag team match. Owens removed a turnbuckle pad and so did Yano. Yano threw his out of the ring as per the gentleman’s agreement. Owens did not. They played hot potato with it. The crowd clapped along. The turnbuckle was thrown to a surprised referee. Yano and Owen laid a count down on him. He quickly threw the pad out of the ring.  Owens pinned Tiger Mask with the Package Piledriver. Owens punched Yano in the “lower abdomen”. Owens retrieved a strap from outside the ring and whipped Yano over and over as the time keeper smashed the bell. While Ishimori and Phantasmo keep help at bay, Owens strangled Yano with the strap.

“You want your match, Yano? Here’s your match!” said Owens whipping Yano again before leaving the ring with the rest of Bullet Club.

“Yano, you want a stipulation? Texas strap match! One more time!” yelled Owens to the camera as he headed to the back making his message crystal clear to Yano.

Chaos hangs onto the belts. Goto saves Ishii from being pinned with Bushi’s MX. Bushi gets triple-teamed into oblivion and pinned by Ishii’s Brainbuster.