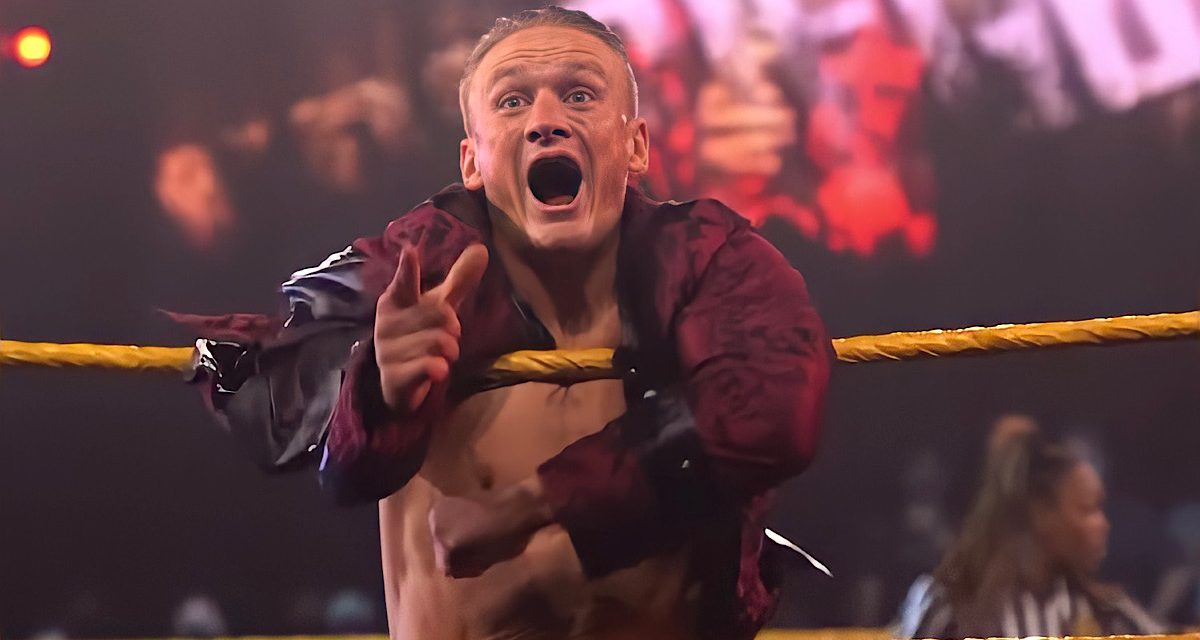 Recent rumors of an NXT “revamp” and the product in general have been deflating. Momentum isn’t on NXT’s side heading into TakeOver 36, especially with the black-and-gold brand’s future being in question. But, tonight’s episode did feature an invigorating highlight in Ilja Dragunov versus Pete Dunne, proving that the “smaller” guys can still go!

Kai, who presumably faces Raquel Gonzalez at TakeOver: 36 for the NXT Women’s Championship, will continue being heel; although the rivalry roles should definitely be switched. Tonight though, she competes against the babyfaced babyface Sarray, who frankly has done nothing of note yet in NXT. Kai controls the opening minutes until Sarray overcomes before picture-in-picture, and to the latter’s credit, her offense is very smooth. Eventually, the competitors trade their signature stiff boots and dropkicks until Kai connects with the finishing corner kick for three. Sure, the maneuvers were executed well, but getting into this 15-minute opener was implausible.

Kai attempts another finisher, but Gonzalez makes the save. The champion cuts a great, fired-up promo towards Kai, and the matchup is made official.

A vignette, or sitcom rather, of The Gargano family follows Indi Hartwell and Dexter Lumis on their first date. Strict parents Johnny Gargano and Candice LeRae give their gender counterparts a pre-date lecture before sending them off… Well, maybe the rumored revamp will have its perks.

Hit Row surrounds a trash fire, and sending a message to Legado del Fantasma, Isaiah “Swerve” Scott burns up a luchador mask. Looking past the fact that Hit Row are supposedly faces, the visual is very cool.

Ilja Dragunov of NXT UK makes his Capitol Wrestling Center debut, hyping up his anticipated rematch against WALTER at NXT TakeOver: 36. Before Dragunov can finish his message though, Pete Dunne interrupts. Ultimately, after a thick-accented battle of words, a challenge is made for tonight.

Backstage, LA Knight responds to accusations that he abandoned Cameron Grimes last week, but the former begs to disagree. His matchup with Chase is short-lived, earning the three with a facebuster. Knight brings his butler, Grimes, into the ring and demands his shoes be shined. But then, the familiar music hits…

“The Million Dollar Man” Ted DiBiase makes his entrance and directs his words, or lack thereof, towards Grimes. He finally spits out another championship challenge for the Million Dollar belt, and Knight vehemently accepts. Except this time, if Grimes loses, DiBiase will become Knight’s butler. Life comes full circle, doesn’t it?

A vignette from Dolin puts the women’s division on notice, and she’s “not doing it alone.” In it, she’s seen cutting roses, which commentary points out represents members of the women’s roster. The match is quick, and Dolin wins with a unique leg-sweep maneuver.

Indi Hartwell and Dexter Lumis are dining Italian tonight, and they order chicken fingers. She inevitably catches Candice LeRae spying on them before getting back to Lumis. Seriously, what’s the demographic for this?

General Manager William Regal, and about eight security guards, await Adam Cole and Kyle O’Reilly in-ring. For their final encounter at NXT TakeOver: 36, O’Reilly elects a “straight up” singles match, and Cole picks a street fight; if the bouts equal 1-1, Regal’s third stipulation is a steel cage. The competitors exchange deep words, but the story’s no different.

Tommaso Ciampa and Timothy Thatcher respond to Ridge Holland’s attack from last week. The intensity from Ciampa is awesome, but ultimately, it’s Thatcher who issues a challenge to Holland.

Jones is already a fan-favorite competitor, who reportedly is making waves too. He brings great energy, but it’s surprisingly stifled by Baxter’s short-lived offensive string. Expectedly, Jones delivers his finishing slam for three. He’s a superstar in the making! Jones is interviewed ringside following his victory, and his simple-and-sweet promo is the cherry on top.

Kushida and Malcolm Bivens are seen exiting William Regal’s office. Bivens hands two massive security guards his business card before Regal talks to McKenzie Mitchell. He announces Imperium versus MSK for the NXT Tag Team Championships and Roderick Strong versus Kushida for the Cruiserweight Championship next week. The latter bout, at least, is a TakeOver-worthy bout, no?

The collective Tian Sha is missing Xia Li, but at last, Boa receives a singles match. He gains advantage with strikes, but Maverick recuperates with an outside senton. However, Ying mists Maverick in the face, allowing Boa to capitalize with a roundhouse for three. No offense to 5’4” Maverick, but NXT’s new direction doesn’t bode well for him.

Back to Indi Hartwell and Dexter Lumis, again. Johnny Gargano — or Jean Paul, rather — disguises as an Italian waiter and accidentally throws a cake into Lumis’ face. To be nice, segment three of three was definitely the funniest.

A special “Target TakeOver” video package recaps Karrion Kross and Samoa Joe’s feud. Samoa Joe has been a weekly highlight, and the trend continues in package form. “This isn’t about the championship. I’m here to f- him up,” says Joe. NXT TakeOver: 36 main event incoming!

“The world is waking up to Ilja Dragunov,” commentary says, aptly crediting his classic match with WALTER. But before the rematch is Dunne, who takes advantage with his signature joint manipulation and strikes. Dragunov continues fighting back though, and his ferocity is seriously amazing. Dunne catches a mid-air forearm before picture-in-picture, and the match’s opening half alone has bested tonight’s entire episode. They trade clubbing blows to loud cheers, and Dragunov absolutely unleashes. But, returning to Dragunov’s injured hand, Dunne capitalizes with numerous submission attempts.

Dragunov powers through until the NXT UK Champion WALTER makes an entrance. The distraction throws him off, letting Dunne connect with Bitter End for three. “The Ring General” WALTER tries attacking the fallen challenger, but Dragunov counters with the Torpedo, closing the show.

Not only was Dragunov-Dunne a show stealer, it was a show saver. While tonight’s NXT show mainly focused on enhancement matches and eye-rolling segments, the main event was phenomenal. Matches like these put NXT on the map, and hopefully, they stick around.