Bray Wyatt gone, but his theme song won’t be forgotten thanks to songwriter Mark Crozer 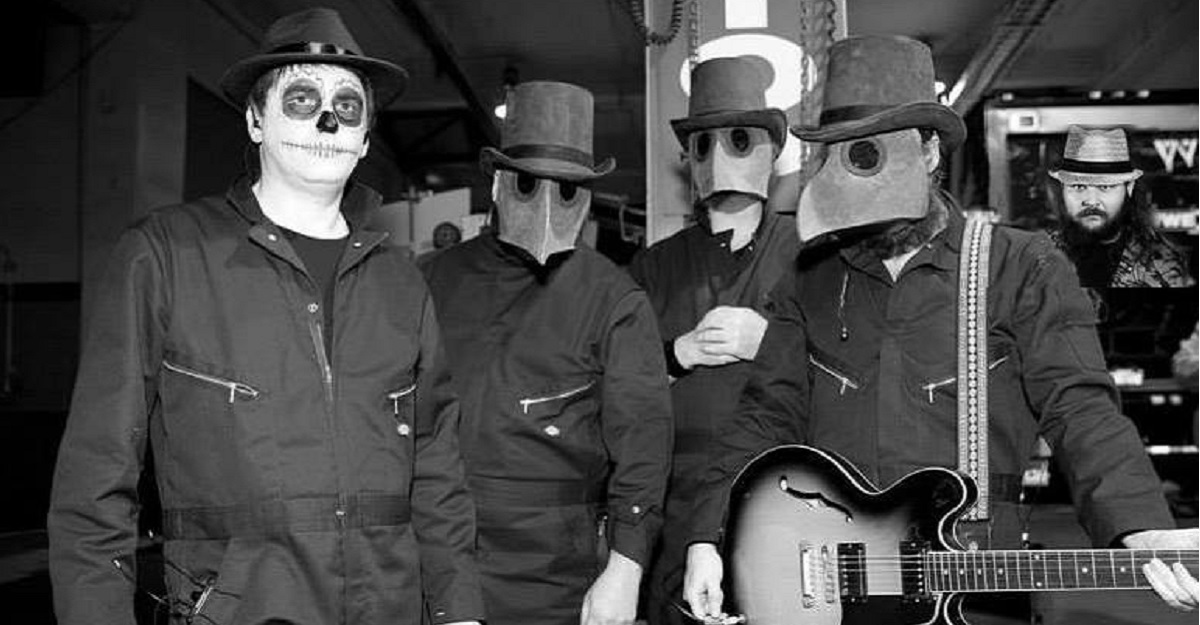 Lost among the reactions about the news that WWE released Bray Wyatt this week is the realization that with him gone, we may no longer get to hear his iconic theme song, “Live in Fear,” which some consider to be the best entrance song of the modern wrestling era.

The tune – originally titled “Broken Out In Love” – with its ethereally slow vibe and disturbing lyrics, was perfectly suited for Wyatt’s original cult leader persona. And when later remade into the heavier rock version, it was a great calling card for the darkness of The Fiend (Windham Rotunda).

SlamWrestling.net recently talked with Mark Crozer, the song’s writer and performer, to get his thoughts on the song and his related WWE experiences.

“I wrote the song a number of years before it ended up with the WWE,” he said. “I (had) submitted it to a music library where it sat gathering dust for a few years before the WWE heard it and selected it for Bray.”

The song’s lyrics – starting with the memorable first line, “Catching flies in his mouth” – seem almost custom-made for a nihilistic cult leader like Wyatt’s original character. But Crozer says, despite the natural fit, that wasn’t the story he thought he was writing about.

“The song is about a person being so obsessively in love with someone that they forget about everything else, to their detriment,” he explained. “I wasn’t thinking of anything in particular in terms of lyrics when I wrote it. That first line just came out of nowhere, which happens sometimes. Once that line came it was easy to write the rest of it.”

In terms of the actual sound, he said he was inspired by another band. “It’s quite different from everything else I’ve written. Musically I was trying to do something a bit like Radiohead. I don’t think I succeeded but I like how it turned out.”

According to Crozer, Wyatt was the one who heard the song and started using it, unbeknownst to him.

“The WWE had already started using the song when Bray was in development,” he said. “I only found out when a wrestling fan contacted me on Facebook to find out if I was the writer. I was pretty astounded that they’d picked my song as I would never in a million years have imagined it would be a fit for a pro wrestler.”

Several months later, Crozer was contacted by WWE who were interested in buying the song. “By then, I’d seen seen Bray on NXT and knew a bit about who he was. I was really happy to get the opportunity to have my song used in that way.”

“WrestleMania was, and will remain, one of the highlights of my life. Not just from a performance point of view but as an experience as a whole. We had an absolute blast playing and we were treated like royalty.”

Describing the experience as “surreal,” Crozer noted that he’d never performed for a live audience of that size before that night. “You’d think it would have made me nervous but it was the opposite really. I couldn’t see any individual faces out there so it made it all very surreal.”

In fact, the biggest fear he had was that he’d actually blown the opportunity to play there, when he leaked the news despite WWE asking to keep it a surprise. “I got the call about playing WrestleMania when I was at my day job – at the time (I) was working as a charity fundraiser. It was pretty weird to be talking to WWE about that, and then going back to a freezing street in Hoboken basically begging for money from the public.”

“I went home and posted about it on Facebook. I honestly didn’t think anybody would be that interested; I figured the only people who’d see it were the handful of friends who read my posts.”

“I was wrong,” he understated. “I thought I’d blown our chances, as I was told to keep it under my hat. But it all worked out in the end.”

The performance was a highlight of the show, thanks not only to the song, but the overall presentation, complete with costumes, the stage lighting, and the opening fire dancing act.

“That whole (vision) came from the WWE,” Crozer explained. “They had a couple of different ideas that we tried at the rehearsal before they settled on the final look. I guess the only input I had was that they initially wanted me to wear a plague mask (like the rest of the band). But I said it would make it quite hard for me to sing, so they decided on the sugar skull which I think looked really cool.”

Although the performance was well-received, Crozer noted that he wasn’t necessarily aware of the crowd reaction at the time. “We were just focused on doing our thing, and not screwing up.”

Part of that included making sure that they stopped playing to coincide with the arena lights turning on when Wyatt “blew out” the lantern. “We had a rough idea of how long it would be, so we just had to keep an eye on where the Wyatts were on the ramp.”

Of course, WWE did have a backup plan to ensure everything went smoothly.

“They basically then just cut the power on the band stage,” he noted wryly. “So it didn’t matter too much if we kept playing or not.” 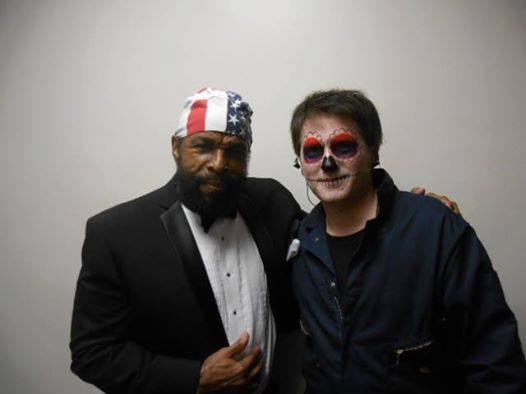 It would be some years later that the company stopped using Crozer’s original version of the song, remaking it when Wyatt evolved into The Fiend.

“That came as a surprise,” he said. “The WWE called me two or three years ago to let me know that Bray was changing his entrance music. I was given the opportunity to try to create something new, which I did, but it wasn’t successful.”

When the character debuted, Crozer tuned in to see what the company did to come up as an alternative. He was pleasantly surprised with the results: instead of an entirely new song for the character, the company evolved Crozer’s, bringing in hardcore punk band Code Orange to remake it as a heavy rock song. “There had been no indication from WWE that (remaking the song) was even a possibility. I actually didn’t recognize it immediately, as Code Orange have added their own intro, which is very different.”

For Crozer, the changed version is testament to the popularity of the song and the character, and illustrates how much a wrestler’s theme song can enhance the viewing experience.

“It’s every songwriter’s dream to write something that people actually get to hear; something that gets played on TV on a regular basis,” he said. “It’s been almost ten years now since they started using it and it’s still popular. That makes me very happy.”

While he doesn’t follow professional wrestling (though he does keep track of the Wyatts – “the news about Jon Huber passing away was incredibly sad”) Crozer appreciates the importance of the right theme song. “I think the entrance music is a massive part of the show. It helps to convey the personality of the wrestler and set the scene for what’s to come. It’s also a great way to fire up the crowd.”

The popularity of the song isn’t limited to wrestling fans, though, and is a staple on his band’s setlist.

“We always perform that song,” he confirmed. “It was really when we first started rehearsing the song that I realized (how good) it was. It always goes down well (with the audience).”

That said, it has been some time since that actually happened: Mark Crozer and the Rels haven’t toured recently – and in fact, haven’t played a show together for almost four years.

Whether or not that changes soon remains to be seen. In the meantime, Crozer is engaged in a few creative endeavors.

“I’ve recorded a few new tunes in the last year and have been channeling a lot of my energy into my weekly radio show and podcast. My band, Mark Crozer and the Rels have a four-song EP coming out soon – it’s called Wasted Dreamer, and will be available on a very limited-edition 10-inch vinyl.”

“To be perfectly honest, I’ve really enjoyed having a break from touring. It’s been nice to be home and live a normal life for a bit. It will be good to get back to work eventually though.”