Film Review: As an attraction, ‘Jungle Cruise’ stays true to its roots 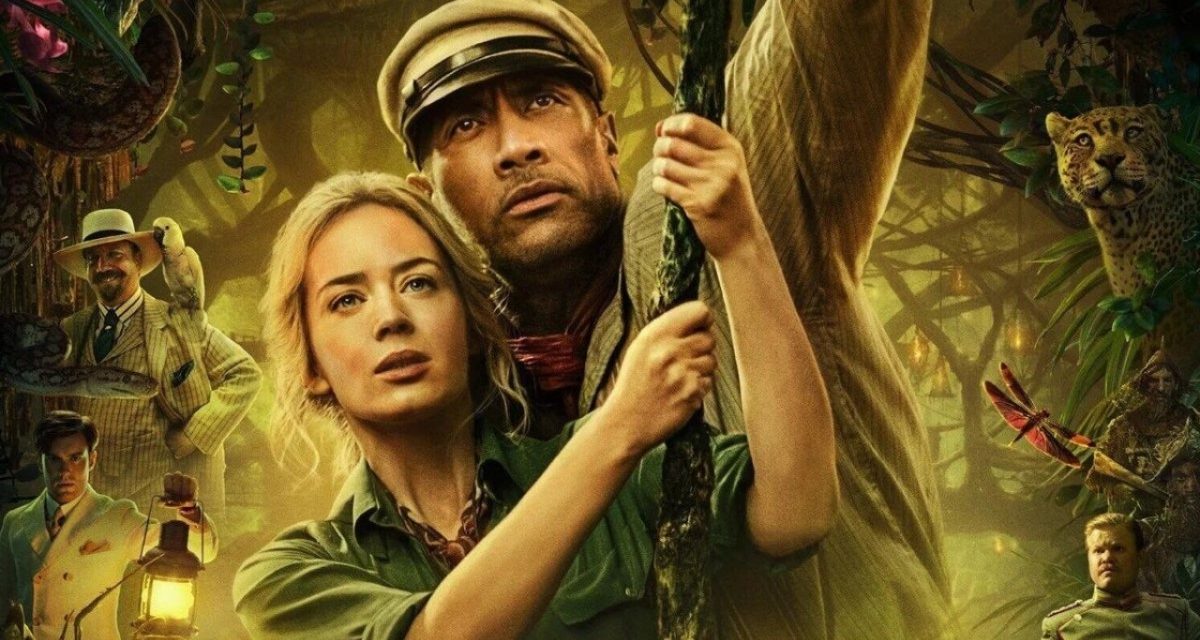 Disney’s latest “attraction to film” project (there are more of them than you may realize) is as reverential as it is referential, and in many ways it’s the culmination of Dwayne Johnson’s acting career up to this point. As noted in an interview Polygon.com with Jungle Cruise co-producer Hiram Garcia, Johnson has dreamt of creating something like the Pirates of the Caribbean movie-going experience since the first film hit the theatres in 2003. On top of that, he has a history with creating Disney family fare as he developed his grip on Hollywood, and one of the movies to which Jungle Cruise owes a debt of inspiration is 1999’s The Mummy, whose sequel famously cast Dwayne “The Rock” Johnson as The Scorpion King and set Johnson off and running in film.

All of that, of course, is secondary to the point of any movie; it’s not about the experience for the filmmakers, but for the audience. So, is Jungle Cruise on par Pirates of the Caribbean, or is it more along the lines of The Country Bears? In short: temper your expectations and you’re in for a treat. While Pirates succeeded in blowing all expectations out of the water and drawing in legions of non-theme park ride fans, Jungle Cruise is crafted as more of a love letter to the ride and the adventure genre. Fans of both will be very happy.

We first meet Lily Houghton (Blunt), watching her brother (McGregor Houghton, played by Jack Whitehall) make a pitch for funding to seek a legendary healing plant found deep within the Amazon. Legend is told of Spanish adventurer Aguirre (played by Edgar Ramirez) who led a search for the treasure centuries ago, and whose greed was punished by the jungle as he and his compatriots were cursed. Spurned by haughty financiers, Lily instead steals a relic that will lead her and McGregor to the prize itself. Naturally, she’s not the only one who wants it, and over-the-top German villain Prince Joachim (played by Jesse Plemons) tracks the pair all the way to where Captain Frank Wolff (Johnson) provides tours of the Amazon River, complete with clever puns (why do people always call them bad puns?) and a secret desire of his own. Edgar Ramirez as Aguirre in a still from Jungle Cruise.

As that crew ventures along the river, the movie necessarily deviates from the Disney attraction, which is all about epic set-ups and comically underwhelming reveals, and leans on the style found in from the aforementioned Pirates and Mummy films to open up the adventure. In re-creating the very attraction that inspired the film near the beginning, it very smartly checks that box and delivers a moment in the film that everyone familiar with the ride will undoubtedly be waiting for. If it were to be saved towards the end, it would ultimately distract from the world that the filmmakers have created for the film experience.

Much has also been rightly made of comparisons to 1951’s The African Queen, starring Humphrey Bogart and Katharine Hepburn. From Johnson’s get-up in the film to Blunt’s spitfire attitude, there’s a clear line to be drawn from that film’s set-up of a bickering pair forced together by circumstance and seemingly destined to fall for each other. Of all the tribute tropes found in the film, this is one that could have been set aside, as a budding romance between Frank and Lily feels perfunctory and need not have influenced the characters’ actions through to the end.

Jack Whitehall’s character of McGregor is also going to stir up conversations and headlines, as an almost-but-not-quite outright gay character in the film. In a scene between McGregor and Frank, Whitehall’s dialogue explains that he has broken off three engagements because his interests lay elsewhere. In a way, it’s coy, with no explicit mention of sexuality, except that McGregor has been played up to that point as foppish, squeamish, and ultimately lacking in the confidence that his straight sister possesses in spades.

The dialogue in the scene between McGregor and Frank is touching, but by that point in the film, unfortunately, it’s merely a confirmation of what the characterization has already told us through a stereotypical depiction — and not even a bold, outright confirmation at that. And while Frank’s toast “To elsewhere” is heartfelt, it’s also oddly positioned against his constant disbelief in seeing Lily in pants. Is he progressive or not?

In any case, it’s at this point of over-thinking that one should remind themselves that the movie isn’t about social change. What it truly focuses on, it delivers: action, stunts, and mythology enough to likely warrant a sequel should it perform better than Tomorrowland at the box office (a film that deserved a greater audience, by the way). And while it was probably a dream at best, I was hopeful that there would be a place for Weird Al Yankovic’s ode to Jungle Cruise, Skipper Dan, somewhere in the movie. Maybe it will at least make some kind of “Songs from and inspired by the movie” soundtrack. 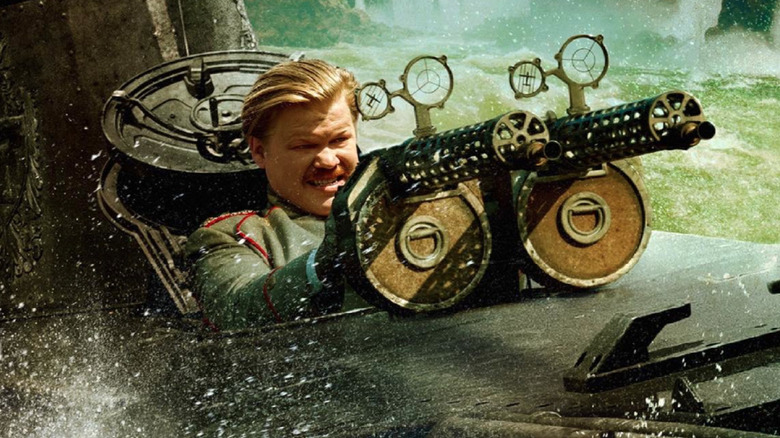 In many ways, Johnson delivers a fairly muted physical performance, and he relies less on big stunts in this movie than usual. Balance that statement, however, against the fact that in a “less physical” performance, he still wrestles … and suplexes a jaguar. Blunt is terrific in a whip-smart, independent way that feels natural and not forced for the time period, and Whitehall, Plemons, and Paul Giamatti (as Frank’s investor, Nilo) round out the cartoonish cast of characters. The effects are splendid, as should be the baseline expectation for a movie like this, and the timing of its release is serendipitous as the world is heavily craving getting back to the theatres to see films just like this one.

Remember what it is: a fun attraction brought to life, and enjoy the ride.