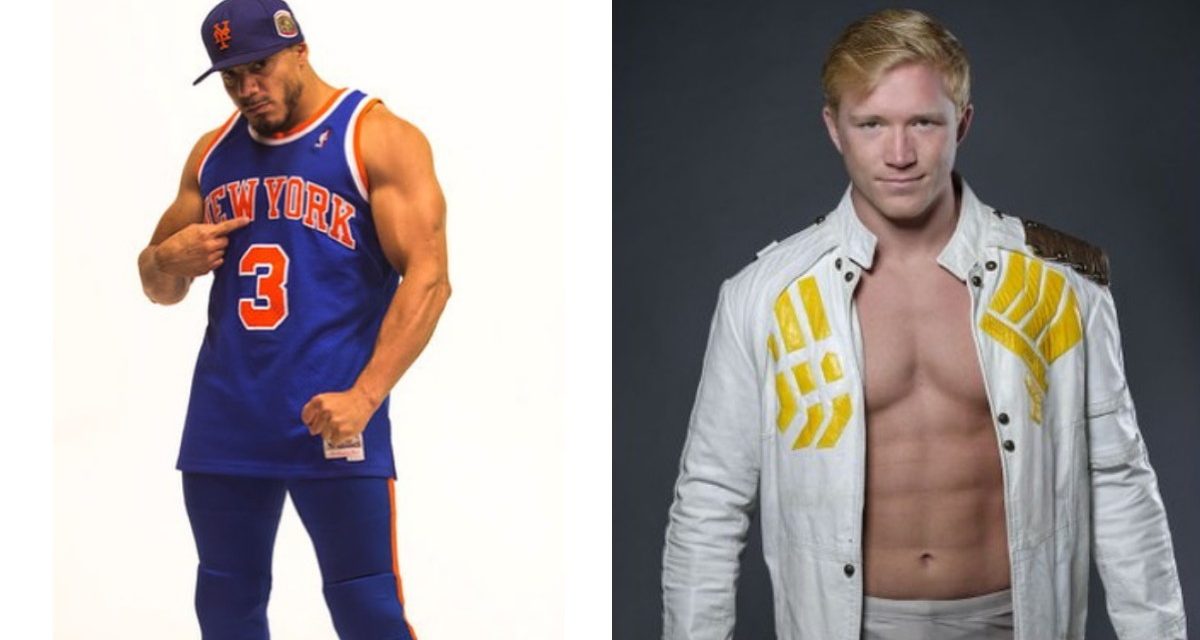 It always fascinates me when you hear how people reach the next level of professional wrestling. Everyone has different variations, but it’s so fascinating to hear how despite the variations, everyone has a similar reason and/or drive.

Take Slice Boogie and Jordan Clearwater, two up-and-coming wrestlers featured on Championship Wrestling from Hollywood (CWFH), making their big debut for the NWA’s pay-per-view “Back for the Attack” on Sunday, March 21st.

Recently, they were covered by this website during the NWA and United Wrestling Network (UWN) partnership in late 2020 for the PrimeTime Live PPV coverage. Now, they’ll be featured in a four way battle against each other and established NWA stars Crimson and Jax Dane. After speaking with both individuals, it was really interesting to me to see how, even though they come from different wrestling backgrounds and different areas of the United States, but their reasons for succeeding in the squared circle were quite similar. 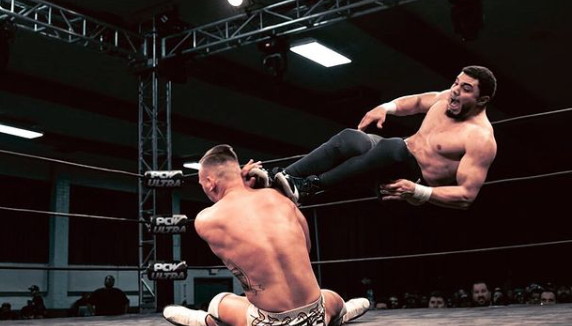 Slice Boogie with the dropkick.

Slice was driving towards the famous Santino Bros. Wrestling Academy for a workout when he talked with SlamWrestling.net. So what started the Queens, NY, native in his involvement in pro wrestling?

“[Pro-wrestling] present has been on my TV in my household, like since I was born,” Boogie recalled. “So I have a brother who’s eight years older… he was obsessed with pro wrestling back in the day. I was always a fan of it. I never really imagined that I could do it myself.”

Which does beg the question, What brought Milton Troche from the East Coast to sunny Los Angeles to pursue his dreams? “I moved to L.A. in 2015 just for a fresh start,” he recounted. “I kept making the same mistakes. Like I’m from … I’m from the street. I just kept making the same mistakes, you know? And it was basically a dead end. New York was just a dead end for me. I love the city. I love my friends — don’t get me wrong — but I just kept getting into the same trouble.”

At that point, he had stopped watching pro wrestling, but it was his friend that reached out to him to watch New Japan’s Wrestle Kingdom, that featured the first match between Kenny Omega and Kazuchika Okada. “So I watched that match,” Boogie said, “and it just like it made me feel like a kid again for lack of better word.”

It was that same friend that really made him pursue wrestling again. “We would go to the gym together, and I would just cut random promos, but, you know, just fooling around.”

But one day, Boogie said his friend really pressed him to try out for pro wrestling. “He’s like, ‘Stop talking about it and do it,’” Boogie said, “and this is somebody who’s… you could say he’s basically scared of me. This is someone who would I felt like he was being earnest about it.”

From there, he went to Santino Bros. to train as a wrestler, and also learned skills to help when shows were taped in studio, like CWFH. But he didn’t start right away. “I kinda held off on going there, working some Indies and this and that. But I was like, ‘There’s a lot to be learned going to a company that works for TV.’ I mean, what’s the end goal for everybody? To be on TV. Make companies.” So he reached out to others from Santino Bros, and one of the people who was an executive producer made Slice an offer, and the 6-foot, 25-year-old has been keeping busy brawling as the King of the Concrete Jungle.

“The Golden Boy” Jordan Clearwater’s professional wrestling dreams started with Monday nights. “I remember… [every] evening after school, wrestling around with my brother and we were messing with the television channels, right? And it just so happened that Monday Night Raw turned on.”

And the wrestler that really caught his attention? “The first person I saw was Triple H making his entrance. And… from that moment I was hooked. It was somebody that was larger than life, who had a larger than life presence… he was jacked, his entrance was green, and my favorite color was green and the whole crowd cheering for him. So, you know, what little kid looks at that and doesn’t say, ‘I want to do that for a living!’?” 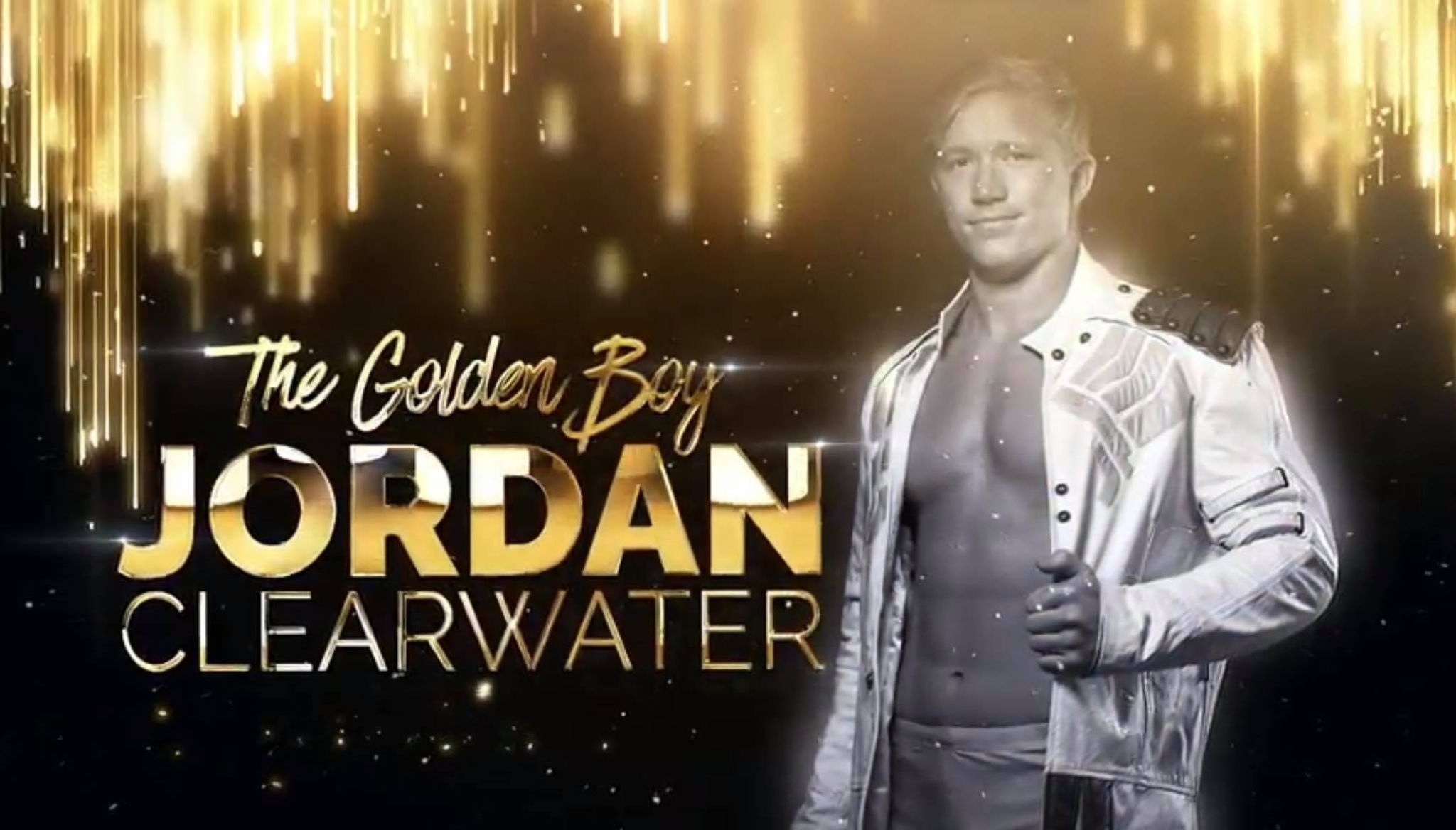 So fast forward to the Cincinnati, Ohio, native graduating from high school and going to college and wanting to begin his wrestling training. “There were two real schools that were available to me at the time, the Northern Wrestling Federation… [and] then there was Ohio Valley Wrestling. So both organizations [are] pretty well known. Ohio Valley wrestling a little bit further than I would have liked to travel, and, Northern Wrestling Federation was right in my backyard,” Clearwater recalled.

There, he met with Roger Ruffian, who’s trained many wrestlers — among them “Machine Gun” Karl Anderson). Clearwater noted that Anderson let him know that wrestling in Cincinnati shouldn’t be the end goal. According to Clearwater, “[He] told me, ‘Cincinnati is great, right, but it’s not the end all be all the professional wrestling. If you want to be successful in this industry, you have to step outside your comfort zone.’ And he (Anderson) said, ‘I might be able to introduce you some people in Southern California, but you had it would be up to you to take that to take that jump.’”

With that, Clearwater packed up his car and moved to Southern California.

Once arriving on the scene, Clearwater was introduced via Karl Anderson to David Marquez and Jesse Hernandez of Empire Wrestling Federation. “That’s really where I started getting some traction wrestling on the in Southern California,” said Clearwater. “Some months went by right where I was still getting my feet wet. I was wrestling for a couple of other organizations, like PCW Ultra, to just get my name out there and to show that I could wrestle and that I am a force to be reckoned with here in Southern California. And once they saw that I was established here for a couple of months, they started to utilize me a little bit more. And that’s really where that traction came with Championship Wrestling from Hollywood.” 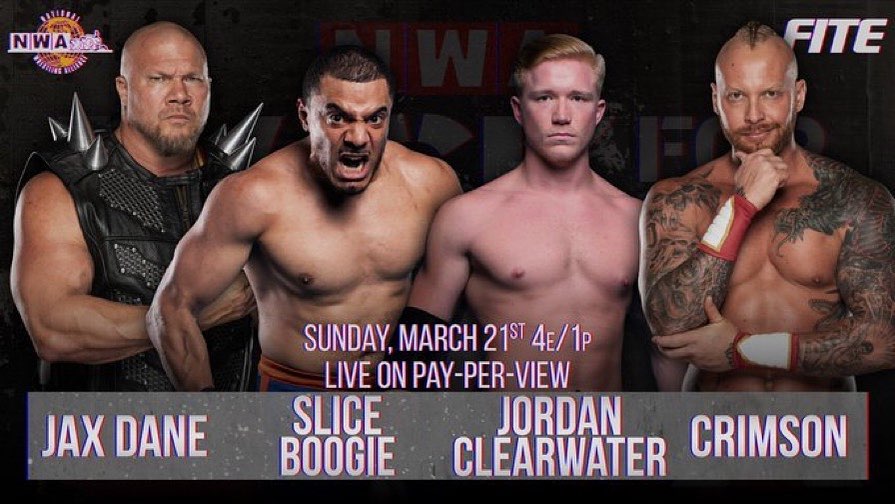 Since both found their way into CWFH, each has found various successes in the ring. Some of the biggest notice came from their work during the UWN PrimeTime Live pay-per-views.

How did the booking on NWA Back for the Attack happen?

Jordan shared this memory of the events that took place. “Dave [Marquez]… called me and he said, ‘Hey, could you bring your gear?’ You know, [NWA World champion] Nick [Aldis] will be here, and we wanted a match for NWA Shockwave.” After the match, Clearwater received a note from Billy Trasker. “Bill and I met at Championship Wrestling from Hollywood. He was one of the executive producers, and now he works for the NWA. He sent me a note at the end of last year and just said, ‘Hey, they’re looking at new talent. It might be best for you to, you know, put some put some information out there.’” After putting out feelers, Clearwater is getting the chance to shine this Sunday.

One of his opponents is Boogie Slice, who was coy about how his booking came about. “I think just my work with PrimeTime Lives, and, um, a few people reached out for me. I have links in NWA. I don’t know if I have to be like… I don’t really want to name drop and this and that. But I guess people affiliated with Hollywood and PrimeTime reached out to NWA, and they were interested based on the matches.”

As for what each considers their biggest challenge in their debut match in the Four Way, their answers vary. “It gives me an opportunity to showcase,” said Boogie. “Maybe I could be more than just a bruiser or brawler. You know, maybe I’ll surprise some people with what I have up my sleeve.”

Boogie elaborated further. “I look forward to wrestling veterans, people who’ve established themselves because it’s only going to make me better. I need that. I’m not gonna settle for this.”

As for Clearwater, he is ready. “Being able to have wrestled for New Japan has prepared me greatly for the names that are going to approach me … So, being able to be in the ring with those guys has really elevated my craft to a level where I feel comfortable and I’m really excited to test my skills.”

“So, on one hand, I’m excited,” concluded Clearwater. “But on the other hand, I’m anxious to see how I’ve developed and how that’s going to compare to somebody that’s been [wrestling] … for some time.”

NWA Back for the Attack is on Sunday, March 21, at 4 pm ET, and is available through FiteTV. Visit www.nationalwrestlingalliance.com for more info.

NWA BACK FOR THE ATTACK LINEUP