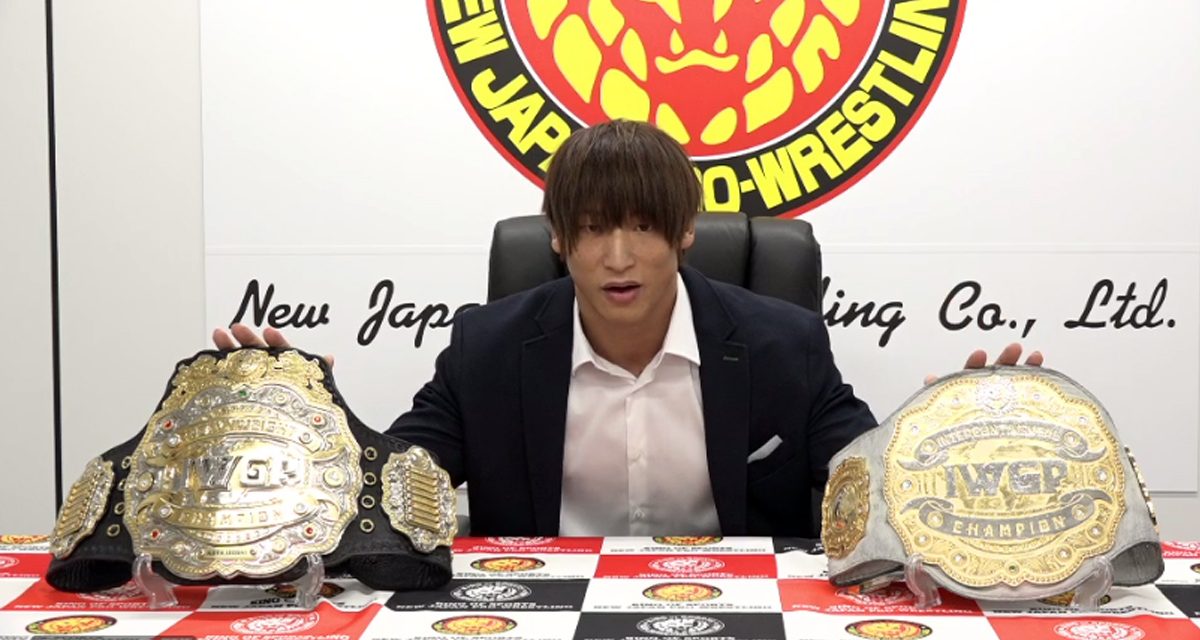 In a historic move, NJPW will unify its top titles making them one championship once they are defended for the final time this Thursday at NJPW’s anniversary show. At the event, double champion Kota Ibushi will put both belts on the line against El Desperado.

“NJPW has decided to uphold the request of the champion. The IWGP Heavyweight and Intercontinental Championships will be unified and their lineages brought forward under the banner of the new IWGP World Heavyweight Championship. There will be a new belt presented to the champion. Kota Ibushi will be recognised as the first IWGP World Heavyweight Champion, and his first defence will take place on April 4 at Sakura Genesis in Ryogoku Sumo Hall, against the winner of the New Japan Cup,” said NJPW Chairman Naoki Sugabayashi in a statement to the press.

Since winning both titles from Tetsuya Naito on night one of Wrestle Kingdom 15, Ibushi has expressed the desire to unify the belts. Yesterday, he defeated Naito to retain the IWGP Intercontinental Championship.

“It wasn’t just a normal fight. Not just a fight to see who the better man was, but a battle of our thoughts and emotions. I think through that match we have come to understand one another, but my position is not changing. I want to protect these two lineages by bringing them together,” said Ibushi of his match with Naito.

Following his victory, new IWGP Junior Heavyweight Champion, El Desperado, challenged Ibushi to a match for both of his titles.

Of El Desperado’s challenge, Ibushi said: “I am set to face El Desperado in the main event of Anniversary in the Nippon Budokan. I know that he challenged me not just to a singles match but to the titles as well, and I would like to ask this of the company. Please let me put these two titles on the line in a title match. Right now he is the IWGP Junior Heavyweight Champion, and the tag champion as well. In his own right, he too is a double champion, so I want to see for myself just how good he is, and just how far he’s come since I faced him when he came into NJPW. I will take any challenge against anybody at any time regardless of risk. I would be perfectly happy to face him today, right now, or tomorrow. But the match is set for the Budokan, so let’s do it at the Budokan,” he said at the press conference.

Naito became the first double champion when he already held the IWGP Intercontinental Championship and won the IWGP Heavyweight Championship from Kazuchika Okada at Wrestle Kingdom 14. Evil won the titles from Naito at Dominion in Osaka-jo Hall in 2020 but Naito took them back a month later at Summer Struggle in Jingu. Naito lost both titles to Ibushi at Wrestle Kingdom 15.

The IWGP Heavyweight Championship was first introduced in 1983 as the award in an annual tournament, before becoming a regularly defended title with Antonio Inoki its first holder on June 12 1987. MVP was the very first IWGP Intercontinental Champion winning the title in 2011 at Invasion Tour 2011: Attack on East Coast.