Hanstock’s ‘Main Event’ not as promised 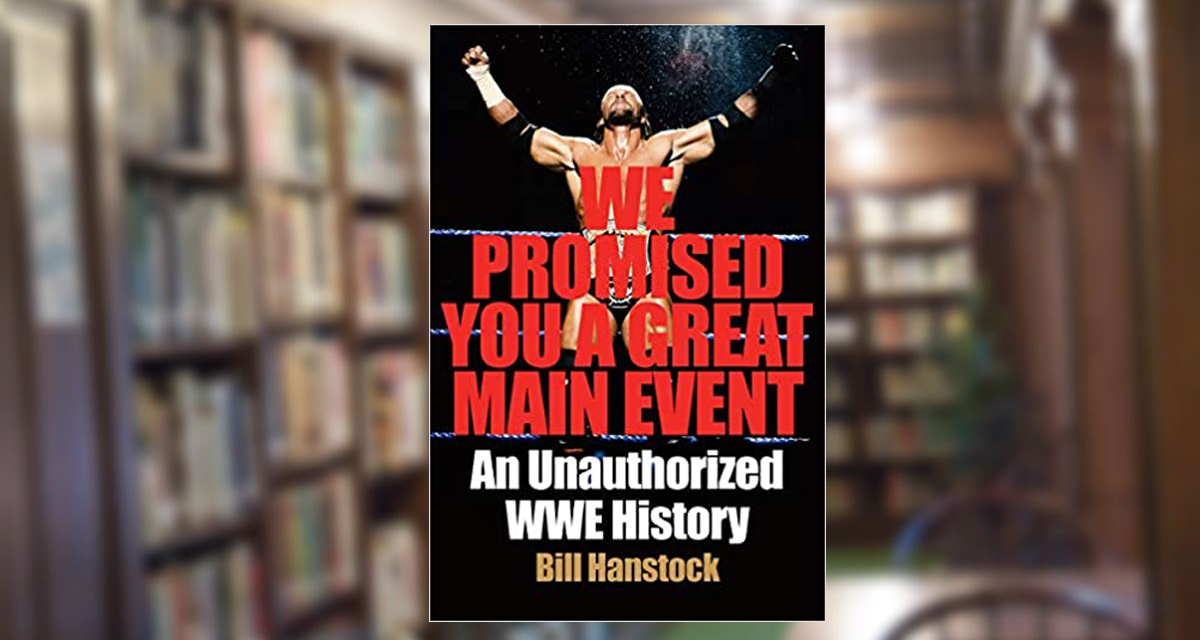 There are times, when you are reviewing a book, where you find the one key phrase that sums up the whole thing. In the case of We Promised You a Great Main Event: An Unauthorized WWE History, written by Bill Hanstock, and published by Harper in the fall of 2020, this is actually the paragraph the defines it for me, from page 202:

But wrestling fans on the internet are pretty much always thinking about wrestling, and they’ll pretty much always click on anything about wrestling. They’ll never get enough content. The fact that there is a vast, bottomless audience of hungry pro wrestling fans searching for content has even managed to reach the attention of media giants like Rolling Stone, CBS, Sports Illustrated, ESPN, and FOX over the past several years, and they’re starting to try to snatch up some of that free money.

To me, that has to be exactly what happened in the case of this book. Some bigwig at the monstrous HarperCollins’ empire said, “We should have a wrestling book to get some of this cash.”

Well, I’m here to tell you to save your cash, and it pains me greatly to say so. I know what it’s like to get bad reviews — it hurts.

Hanstock, an Emmy-winning producer, screenwriter, editor and journalist, is a fine writer, and his book is well-researched and all that, but if you are part of that hardcore Internet Wrestling Community that the publisher wanted to relieve of some cash, then you will hardly learn more than a few new things from We Promised You a Great Main Event.

Who might gain something out of We Promised You a Great Main Event? Do your parents understand your pro wrestling obsession? They might after reading this, but I doubt they’ll finish it.

Personally, I would have loved this book in say, 1989, as it offers insight and a broad overview of how pro wrestling works, and, in particular, the McMahon empire. But it’s not 1989, it’s now 2021, and I want far, far more.

Given Hanstock’s name and backing, and obvious fandom, I was expecting interviews and insight, and maybe some new ground being broken. Nope. In fact, it’s a jolt as you are reading when you hit a quote from someone, that’s how rare they are. There are also jolts from the swearing, which seems superfluous and a desperate cry to be cool. (The footnotes/asides also fall into that “here’s a funny thing I couldn’t work into the narrative” realm.)

HarperCollins didn’t even spend any of its own cash to buy photos for the book, instead starting each chapter off with a collage-like drawing that reminded me of doodles I used to do in high school.

It’s not only me that feels negatively about We Promised You a Great Main Event. The book was originally assigned to another reviewer here at SlamWrestling.net, who bailed. I won’t name names, but here’s their line: “Sorry for the delay in all of this. I really don’t like this book. No substance to it. I’ve attempted to read it and hear it via audio and I just stop. I don’t know if I want to review this book now that I’ve failed several times to tolerate it.”

While there is an index — a rarity for any non-Scott Teal Crowbar Press book — it’s not even the kind of book you will reference, as you will find what you’re looking for faster and with more detail online with a quick search.

Once upon a time, it was common to immediately assume that a self-published book would be crummy, and something put out by a big-name author, from a major publishing house, would be great.

We Promised You a Great Main Event proves that assumption to be completely false.