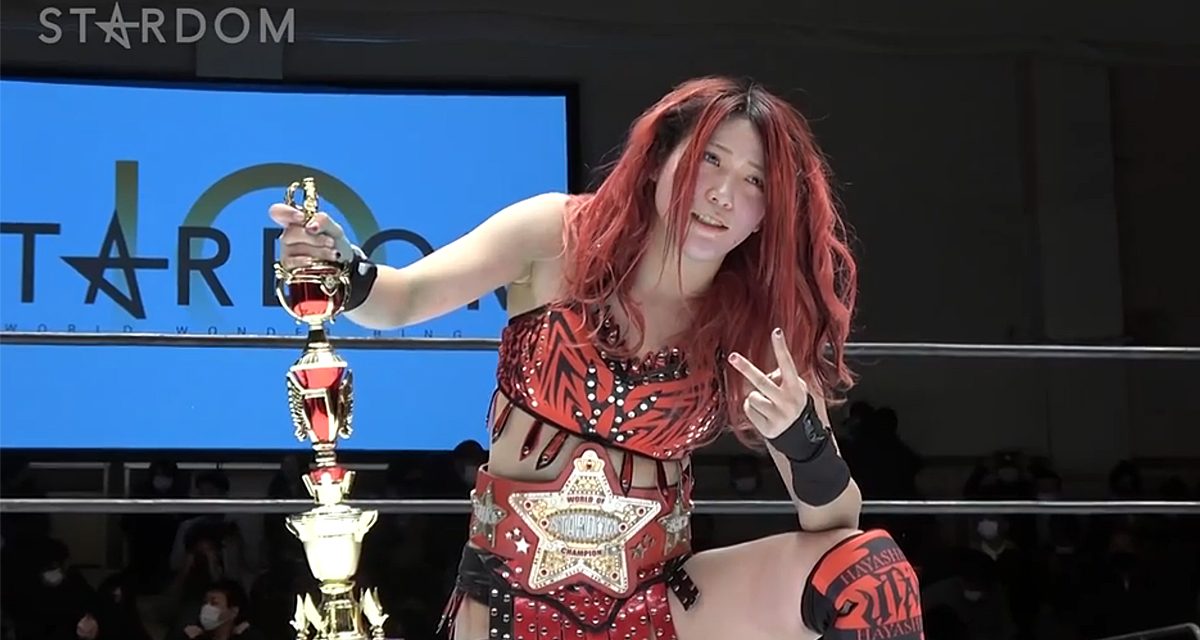 The Stardom rose is still blooming.

World of Stardom Champion Utami Hayashishita defeated challenger, the Donna del Mondo faction’s Maika, at today’s Korakuen Hall event in what was sometimes nothing more than a nasty fight.

As they set to lock up, Utami of the Queen’s Quest stable offered Maika a rose. Maika slapped it out of Utami’s hand. Unable to cheer because of the pandemic provisions the crowd clapped. Utami and Maika were wary of locking up with one another. Maika got the better of Utami slamming her to the mat and tying up the champ in an arm bar submission forcing her to reach for the ropes. Maiki refused to let go of the hold causing more damage. Utami rolled out of the ring clutching her arm.

Maika followed her to the floor with an axe handle to the back and slamming her arm into the steel ring barricade. Ignoring the official’s pleas, Maika wrapped Utami’s arm around the barricade yanking and stretching it. The official began to count as Maika put Utami’s arm behind her back and ran her shoulder-first into a steel post. Maika eventually rolled Utami back into the ring. Utami collapsed into the ropes holding her shoulder and arm shielding it from Maika.

Utami rearranged Maika’s lower spine stomping on it from the second rope, locking on a one-legged crab and hitting it with a shotgun dropkick. As Maika tried to stand Utami stomped on her back. 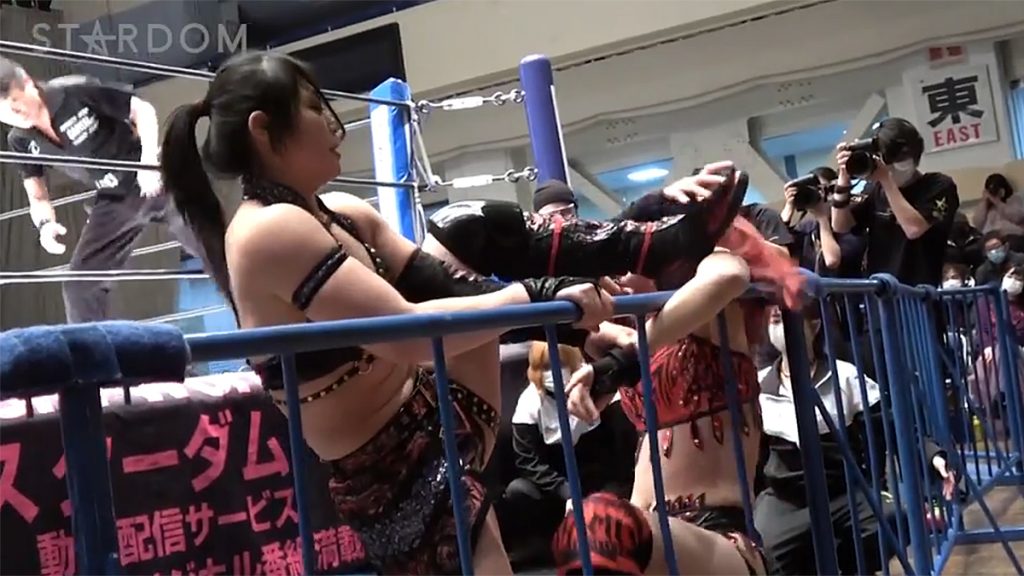 Champion and challenger decided just to batter each other with haymakers to the face. Utami beat Maika so badly she just slumped to the mat as the official checked on her to see if she could continue.

When she got to her feet Maika hauled off slapping Utami in the face. Utami paid back the receipt with one of her own. Following another arm bar, Maika held Utami’s arm down on the mat stomping on it. Utami escaped by lifting Maika up with one arm and slamming her down.

Maika Superplexed Utami off the top rope then the women traded German Suplexes with Maika coming within a half a count of pinning Utami. Utami pulled a Bret Hart by escaping a sleeper by pushing off the ropes with her legs and flipping over Maika. Maika kicked out of the first BTBomb but the second pinned her.

Utami complimented Maika on the battle she gave her.

“You are really strong and tough but I am the Red Belt Champion and I cannot lose,” she said throwing Maika a rose.

Utami expressed her desire to defend the World of Stardom on March 3rd. Rookie Saya Kamitani of Queen’s Quest was quick to jump at the opportunity. 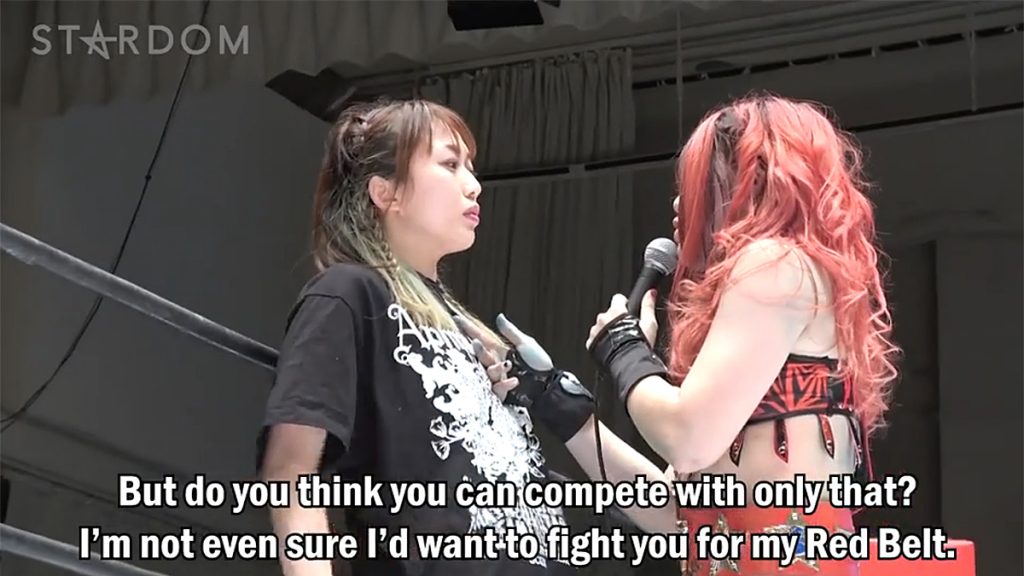 “I may have no track record but I have my Star Crusher and a legendary technique, the Phoenix Splash,” said a confident Kamitani.

“Your Phoenix Splash is awesome but do you think you can compete with only that? I am not even sure I want to fight you for my Red Belt,” said Utami shoving Kamitani into the ropes.

“You are getting ahead of yourself, future of Stardom,” Utami chuckled.