Behind the Gimmick Table: Karachi Vice, Stampede made an impact on Raj Singh 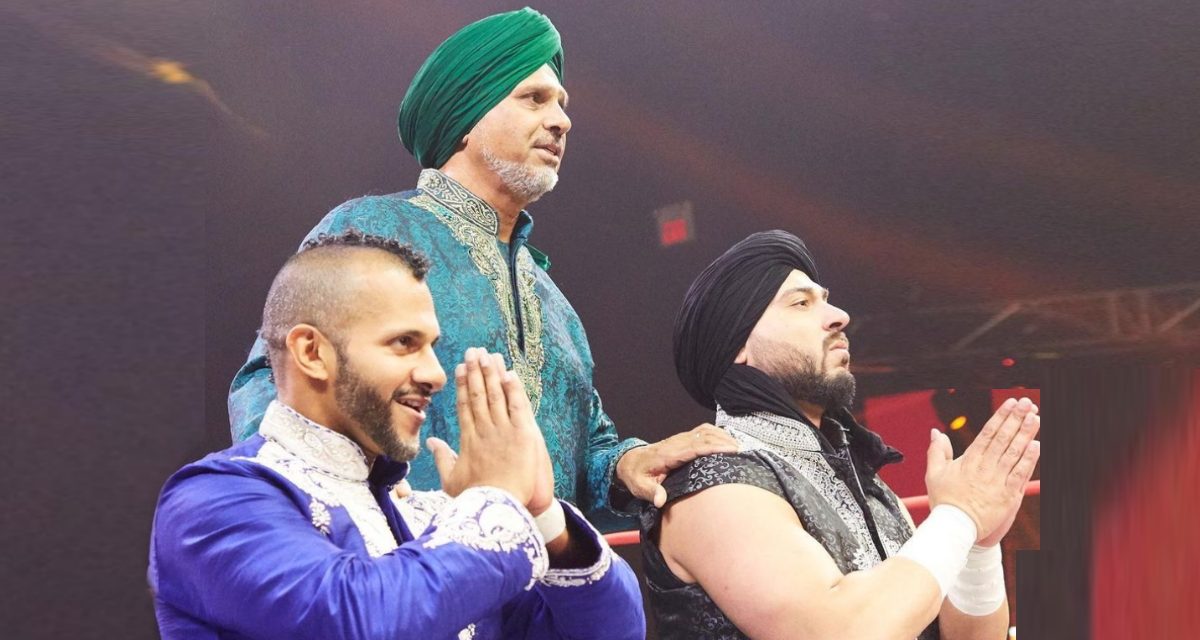 As the year begins anew so too will Raj Singh return to action after a knee injury sidelined him for the majority of 2020.

Singh (Munraj Sahota) recently took the time to reflect back with Behind the Gimmick Table from his home in Calgary, Alberta, on what merch-related influences brought him to his current state as an IMPACT Wrestling talent. 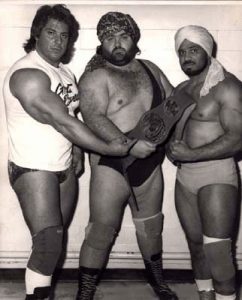 Karachi Vice at this point in Stampede Wrestling was Steve DiSalvo, Makhan Singh and The Great Gama.

As the son of Stampede Wrestling star The Great Gama Singh, childhood pro wrestling fandom was inevitable. “I definitely had Ultimate Warrior and Hulk Hogan sweatsuits. But in [my father’s] Stampede Wrestling days they never had the glitz and glamour. There wasn’t much merch. Just photos and maybe a t-shirt. My dad gave me a [Karachi Vice] shirt to rock.”

His true childhood wrestling interest laid not surprisingly in the classic and iconic line of WWF LJN action figures. “I had all those LJN rubber dolls, we had them all, bro, me and my brothers. I can remember getting the first set but you can’t just have one or two, you gotta book the right matches and gotta have the ring.”

The Sahota kids upgraded and customized their play to be more authentic and include the all-important wrestling audience. “My older brother was a really good artist, he would take cardboard and he would draw all the fans so it was like a big arena. Like the Thunderdome.”

In his teenage years, Sahota concentrated on athletics but still collected discerningly. “As I was playing hockey, I wasn’t really a collector. I collected the Stampede guys, Davey Boy [Smith], Bret [Hart], Bad News [Allen/Brown] and Pro Wrestling Illustrated magazines as well.” 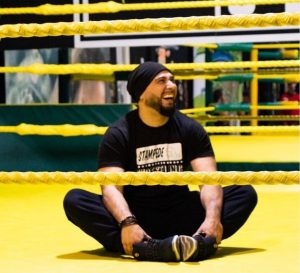 Raj Singh readying himself for a return to the ring in 2021.

It was also at this time when Singh would seriously dedicate himself to pursuing a pro wrestling career. “it was about 15-16 years ago. My cousin (Yuvraj Singh Dhesi, and former WWE champion Jinder Mahal) was already wrestling and I was playing hockey at a world level and I kept getting hurt but I had some opportunities to play college puck.”

As he was weighing these options, Sahota also dipped his toe into the pro wrestling waters. “I had offers. I wanted to make them, I didn’t want to take them. I was training with Bad News and Jerry Morrow. I took it seriously.” It was then that he took the full on plunge into the sport.

His collection would be lost in a house fire shortly thereafter, but soon enough Sahota would have merch of his own. 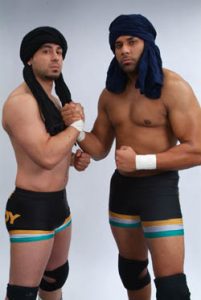 Debuting as Gama Singh Jr., naturally there was a connection with his cousin, and they were a terror around Western Canadian rings as The New Karachi Vice.

Then Mahota set out to differentiate himself from his father and developed his persona in a vastly different direction. “Talking to other companies, they were saying, ʻWe can’t have the same typical Indian thing.’ That’s when I came up with the Stamina Papi. It’s a pure comedy bit.” He further describes the Stamina Papi as a “Casanova, smooth talking party guy that cared more about girls than winning matches. It was fun. He was a fun guy.” 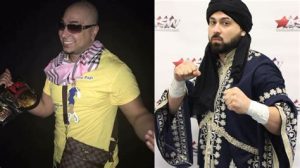 The 2017 transformation into Fabian Ribeiro was the right move for Mahota at the right time, as he expanded his ability to connection with his audience.

As is often the case with entertaining heel wrestlers, he would soon turn and soon be churning out merch. “People seemed to like it off the bat. The shirts sold out before coming out to ring. So I’m like, ʻI’ll remake those and make a new shirt.’” 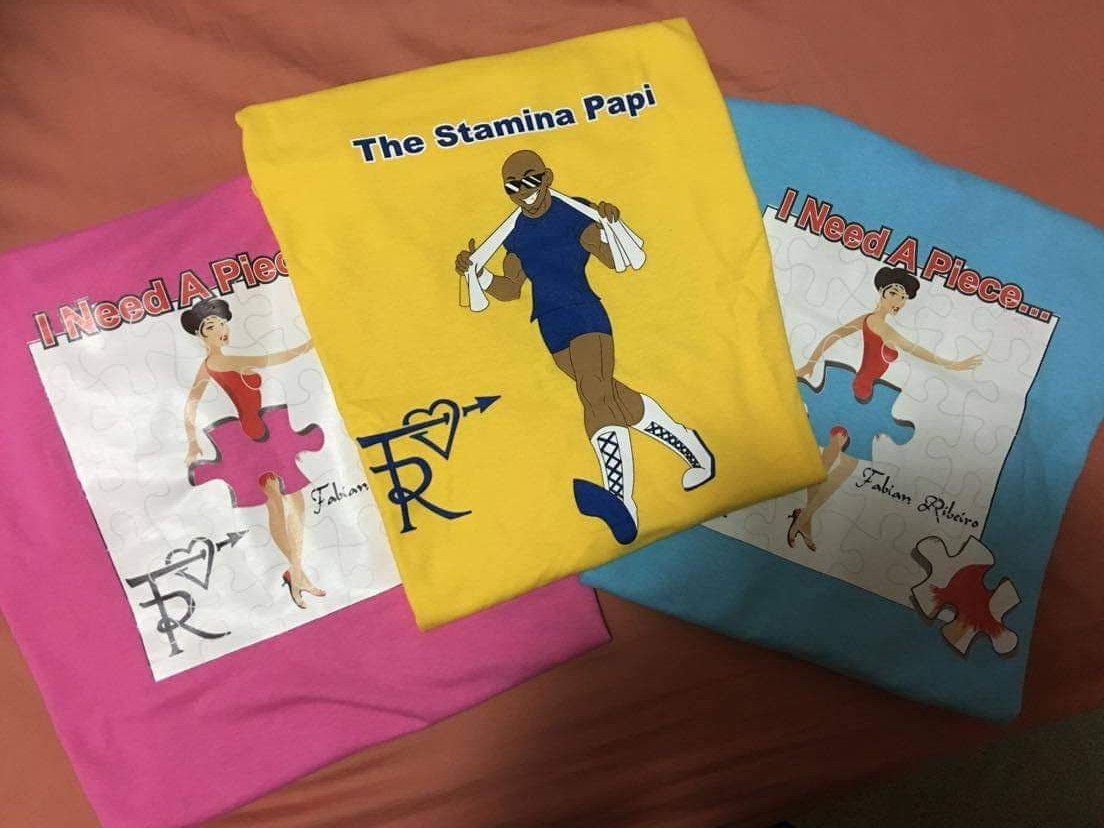 The subsequent shirt would prove to be his best seller. It played on his catch phrase of “I need a piece.” It featured a puzzle of a woman with a strategically missing piece along with the phrase. Like much of his career, the creation of this shirt was a family affair as the art featured was created by his niece.

During his currently resuming tenure in IMPACT Wrestling as Raj Singh, Sahota would take a more serious approach and continue in his father’s footsteps. The Desi Hit Squad, managed by Gama Singh, has been featured prominently on TV. At various times, the faction has included Raj Singh, Rohit Raju, Mahabali Shera, Bhupinder Singh, Gursinder Singh, and Vikas Kumar. 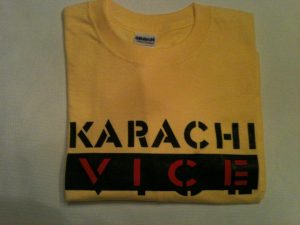 Today, Singh offers a Desi Hit Squad shirt as well as a throwback Karachi Vice shirt. They are available through his social media accounts.