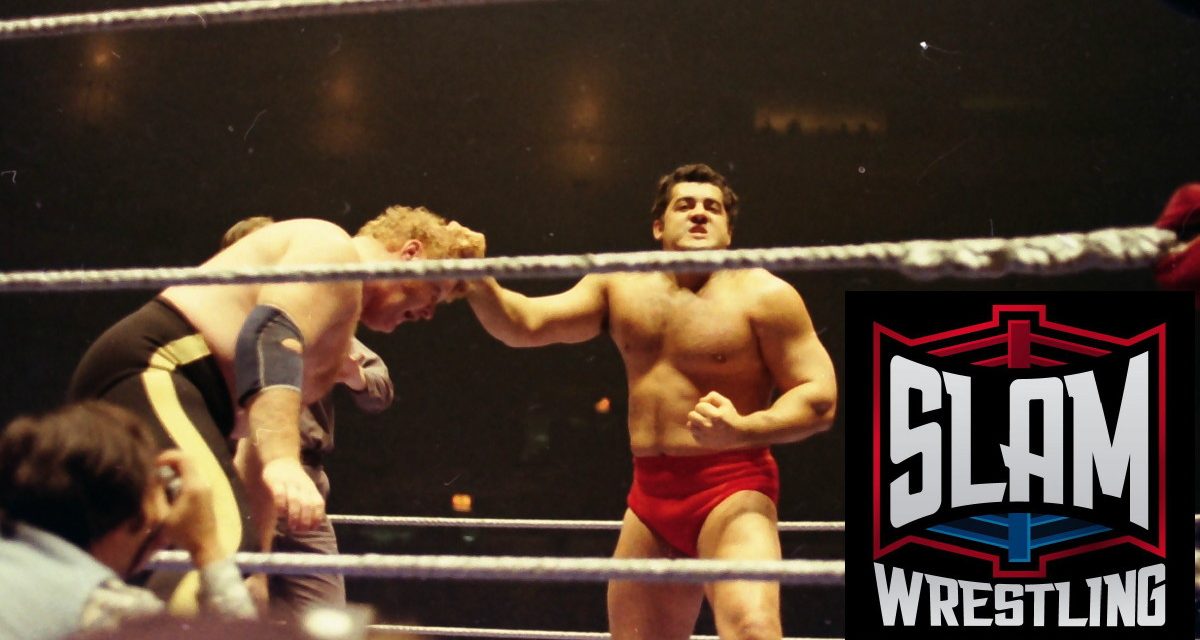 As a 12-year-old, I saw first-hand just how special then the World Wide Wrestling Federation (WWWF) Heavyweight Champion was.  Growing up in New York City, I attended my first live wrestling show in January 1972.

Sunnyside Gardens, located at the corner of 45th Street and Queens Boulevard, was a quick ride for me on the Triboro bus, and $3.00 was the cost of my general admission ticket. I arrived early to pick out a good view from the bleachers. The afternoon’s main event had Morales defending his belt against “Handsome” Jimmy Valiant.

An extra added bonus for me was the appearance of Valiant’s manager The Grand Wizard. I was pumped for the five-match card. When the evening’s show finally arrived for the main event that January 15, I was so sold on the action I would see in the title clash and for the next three decades wrestling would consume me.

When Morales made his way through the crowd of 2,500, his police escort struggled to get him past his adoring fans, and into the ring.  The popular Puerto Rican drew an incredible, lengthy roar from his fans. No question, he was beloved.

Sunnyside Queens was a long way from Culebra (Puerto Rico). But, Morales had to have felt at home. He was every bit a “babyface.” After pinning Valiant to successfully defend the title, ring announcer Mike Goldberg’s was barely audible. The celebration, from those at ringside, to us kids up in the bleachers, erupted like nobody’s business.

Sadly, for me and countless others who found joy in wrestling, beginning back in the early 1970s, we lost our hero on February 11, 2019. It was cancer that took Morales from us.

I could still see the quickness displayed by Morales’ 235-pound, 5-foot-10 frame flying around the ring, and at times over the top rope. He was my hero. For the fans, Morales was an athlete to admire.

Away from the squared circle, his widow, Karen Johnson-Morales, paints an even better picture of just how special of a man the champ was.

“Pedro was a magnanimous man,” said Johnson-Morales during a recent telephone conversation with SlamWrestling.net from her home in Woodbridge, New Jersey. “He was so good to me, and took care of me. (Pedro) was a very smart businessman.”

The couple were married for 52 years.

Johnson-Morales’ voice is perky, and excited to go back in time, to tell how their love story began. The details she dishes are those to be jealous of. Thanks to the stocks, bonds, and properties purchased by her late husband through the years of traveling the globe for wrestling, Johnson-Morales now is able to live a comfortable life in her later years.

By all accounts, the former WWWF champ always looked towards the future, knowing full well that the day will come when his boots would have to be hung up.  Much of Morales’ business prowess, as his widow tells, came from his mother Theodora.

“His (Pedro’s) mom was a businesswoman, and advised him often. Pedro still has a lot of family in Culebra. I’m doing very well, and I miss Pedro. He always kept his eye on the prize.”

Aside from occasional visits by Bob “Gorilla Monsoon” Marella, when accompanying her husband to matches in Philadelphia, Johnson-Morales stayed clear of her husband’s work. She talked of a husband who didn’t bring his business home.

However, it was wrestling that brought them together in California decades ago. But, for Johnson-Morales, her interest in wrestling originated in her home state of Missouri. 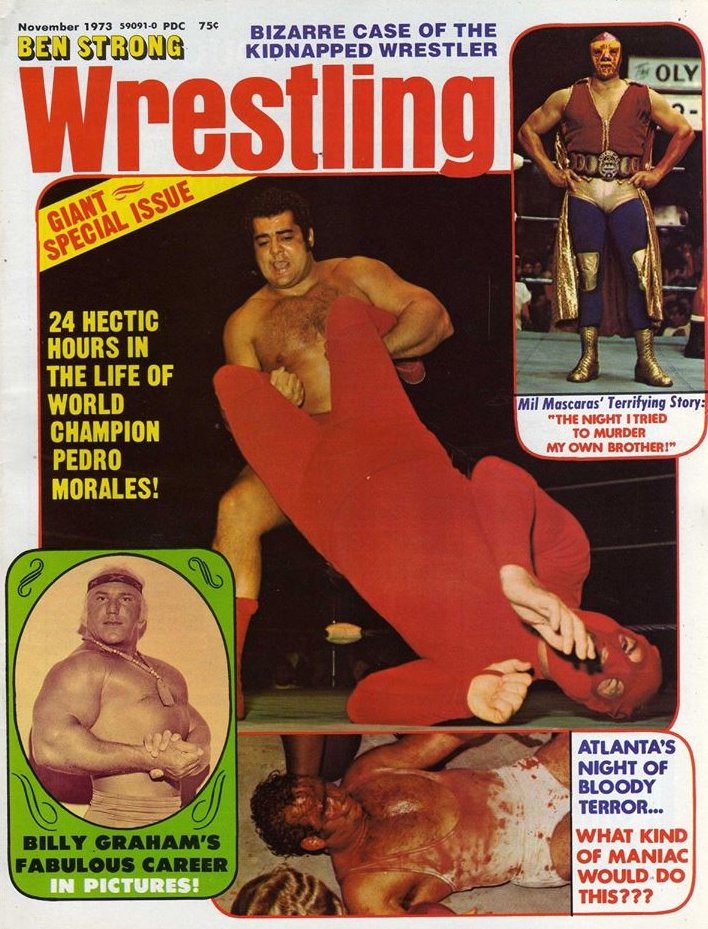 “It’s a good story,” explained Johnson-Morales of the road that led to her meeting the man of her dreams. “I’m originally from Missouri. I was teaching in Kansas City. I taught for three years, elementary children. When I knew it was time for me get out on my own, I was offered a teaching job in Garden Grove (California).”

With an offer to earn “a lot more money” than what she had been earning in Missouri, Johnson-Morales jumped at the opportunity. She packed up her belongings and with her mother accompanying her, Johnson-Morales drove across the country.

In the early 1960s, Johnson-Morales and her mom attended live wrestling shows in the Kansas City area, and regularly watched them on TV. So, when settling on the west coast, it wasn’t unexpected for Johnson-Morales, during some downtime, to venture out to local arenas for wrestling shows.

“When I saw there were going to be matches in Long Beach, I went,” recalled Johnson-Morales. “That’s when I first saw Pedro. He was very young and handsome; in his prime. It seemed that the fans and everybody was crazy about him. Next, along with my brother and his wife, I went to the matches at Olympic Auditorium in Los Angeles.”

This is when and where Cupid’s arrow struck.

Johnson-Morales filled in the details on their first meeting.

“It was after the matches, Pedro sees me. He is pointing his index finger at me, asking for me to come over to him. It was like fireworks went off for me. That was in 1965.”

It was truly love at first sight.

After teaching for five years, up until 1970, and dating for nearly as long, it was clear to all that a wedding was in the picture. When dating, Morales’ bookings would take him to Los Angeles, Long Beach, Bakersfield, and frequently to Japan, Australia, and Hawaii.

“Pedro’s career was building popularity, and it was around this time, when he was in Hawaii, Vince McMahon, Sr., began talking to him about coming to New York,” stated Johnson-Morales.

The two were married in Puerto Rico. Being the private person the future WWWF champ was, the wedding took place at Morales’ mother’s home. Family members and the judge were the witnesses to a union that exceeded a half-century. 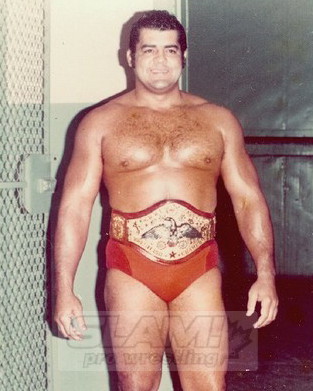 When packing up on the west coast to come east for the WWWF, Johnson-Morales tells of rarely going to the matches with her new husband. It became the norm throughout their marriage that Morales’ work was just that — a job.

“He (Pedro) was so busy, So, when he came home, he needed to unwind. He liked to workout at a YMCA in Brooklyn or go to Puerto Rico to visit family. At the time, we lived in Jackson Heights, Queens, right near the elevated 7 train line.”

There are tights, boots, and ring jackets still in the Woodbridge home that remind Johnson-Morales of her late husband’s professional success. But the one item she holds dear is a ticket. It is unused and by all accounts in mint condition. The date on this ticket reads September 30, 1972.

On that crisp, fall evening, 22,508 fans swarmed into New York’s Shea Stadium in Queens for the WWWF’s Showdown at Shea. Morales would be defending the heavyweight crown he won 12 miles to the west in Manhattan 19 months earlier. At Madison Square Garden, on February 8, 1971, Morales dethroned “The Russian Bear” Ivan Koloff for the title.

At Shea, Morales was booked against “The Living Legend” Bruno Sammartino, for the belt. Sammartino was Vince McMahon Sr.’s top draw for more than seven years, until dropping the strap in the Garden to Koloff in January of 1971.

Two babyfaces were in the main event, and, 75 minutes later, the timekeeper’s bell rang, ending the match. Officially, it was a draw. An 11 p.m. curfew ordinance by the New York State Athletic Commission stopped the action.

“I have an original ticket,” boasted Johnson-Morales of the famous WWWF main event. [WWE.com has a set of photos from the event.] 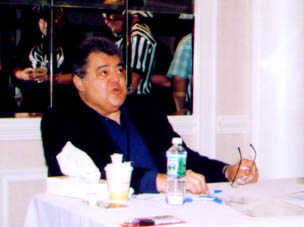 Pedro Morales at a fan fest in 2005. Photo by Steve Johnson

In retirement, Johnson-Morales tells of her late husband experiencing heart problems, and his health declined further in 2017 while battling cancer.

“He (Pedro) battled back so many times (from cancer),” said Johnson-Morales. “He did so much for the Puerto-Rican people.”

The former WWWF champion was laid to rest at the Costello-Greiner Funeral Home in Woodbridge, predeceased by their son, Pedro Morales Jr., in 2014. Some of the local boys came out to pay their respects, including Bob Backlund and Davey O’Hannon.

The loving memory Johnson-Morales has for her husband continues. The history between a world champion wrestler and an educator smitten many years ago in the Golden State is both sweet and unique in an all too often bizarre business.

EDITOR’S NOTE: Hear Don Laible on John Arezzi’s Pro Wrestling Spotlight show on Saturday, January 2, 2021, at 6 p.m. ET. You can listen to the show via Facebook and on his YouTube channel. 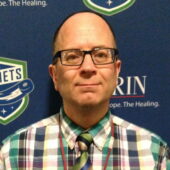