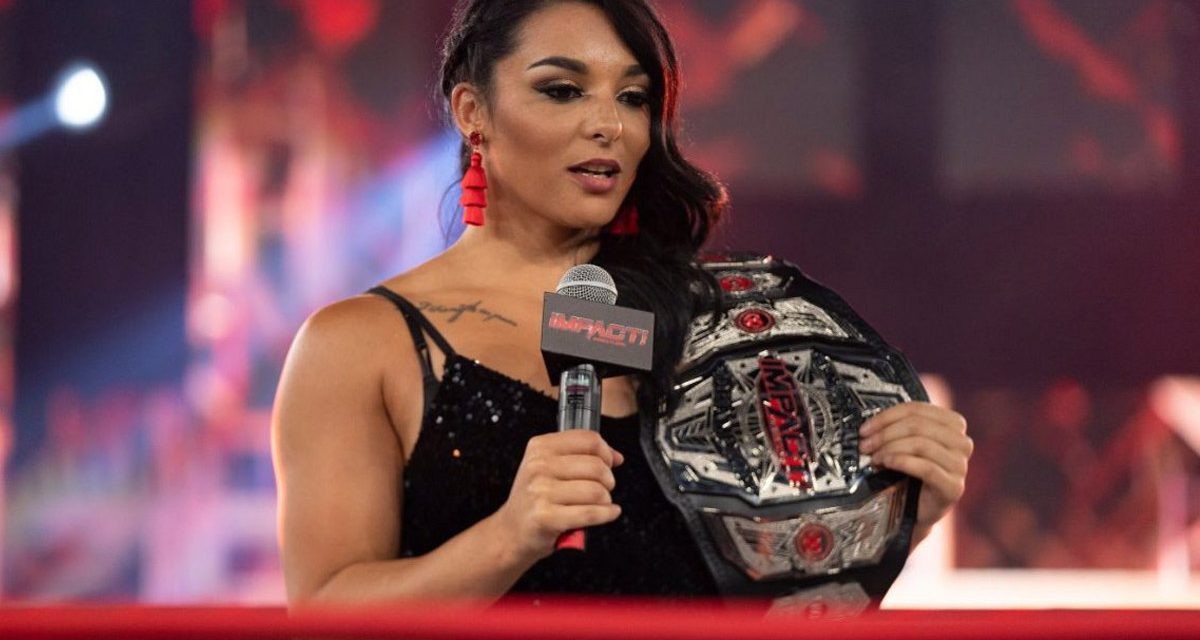 There’s not much about the year 2020 that anybody could have seen coming. For example, at the beginning of the year, Deonna Purrazzo wasn’t even a member of the Impact Wrestling roster. But since making her debut in May, “the Virtuosa” has consistently impressed wrestling fans by putting on great matches against a variety of opponents, winning the Knockouts Championship twice, and winning the first ever 30-minute Knockouts Ironman match during the year.

And her accomplishments did not go unnoticed, as evidenced by her being announced as not only the Best Knockout of the Year, but also Impact’s Best Wrestler of the Year, as voted on by the fans, and presented on this week’s Best Of the Year recap show.

In addition to Purrazzo’s awards, a few others were presented over the course of the episode, which was hosted by Josh Mathews and Impact Executive Vice-President Scott D’Amore (who, despite being in a festive setting, never looks jolly). 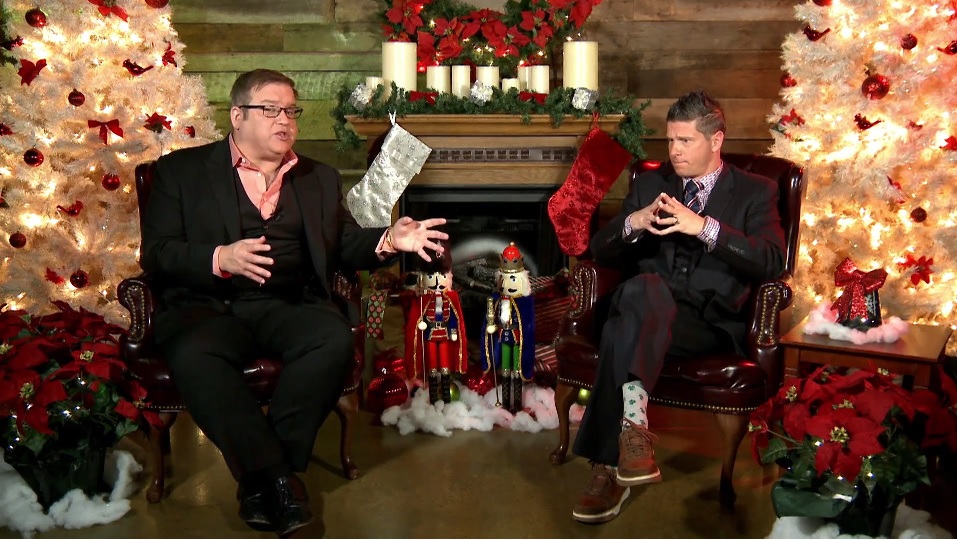 The show also included: recaps of some of the biggest stories from the year, covering both the sublime (Purrazzo, the Kenny Omega AEW crossover storyline) and the ridiculous (Who Shot John E. Bravo?, Moose and EC3); matches and clips from years gone by; and quick hits where Impact stars shared their holiday traditions.

Rather than do a full recap of the historical matches and storyline recaps, here are some of the other notable events / segments from the show.

Ace Austin won the X-Division Superstar of the Year, and said that he may be heading back to that division in 2021.

It was announced that Chris Bey has been added to the X-Division Championship match between Rohit Raju and champion Manik at Hard to Kill, making it a Triple Threat match.

Tag Team of the Year award winner : The North

Ethan Page called Josh Alexander to let him know that they – The North – won the Tag Team of the Year award for the second consecutive year. Page felt that this could relieve the tension that has come up between them over the past few weeks, and they could focus on being a team again. After the call, Josh realized he agreed with Page and called him to reconcile. But when he called Page back, it was Page’s alter-ego Karate Man that answered, and this had Alexander seething in anger.

.@Walking_Weapon hoped their Tag Team of the Year victory would be what brought him and @OfficialEGO back together… #IMPACTonAXSTV pic.twitter.com/cQpZuM89c0

By video, Taya Valkyrie challenged Deonna Purrazzo to a title match at the Hard to Kill pay-per-view (January 16).

After a video recapping their feud, Eddie Edwards vs. Sami Callihan was confirmed for January 5.

After running down Moose’s transformation to deadly-serious sociopath, Moose and Willie Mack were confirmed for an I Quit match at Genesis on January 9 (a week before the Hard to Kill PPV).

They had an interview with Matthew Palmer – an independent wrestler who was acting as a security guard last week and was beaten up by Moose. After the beating, Moose criticized all of the independent wrestlers who appear on the show in TV roles, and said that none of them could last three minutes in the ring with him. Palmer challenged Moose, and it was confirmed that he will get the opportunity in a Three-Minute Challenge match.

Matthew Palmer has stepped up to face @TheMooseNation on the first IMPACT of 2021. #IMPACTonAXSTV pic.twitter.com/WB2fjbnuaM

Announced for Genesis is the return of the Super X Cup Tournament. Competitors announced are: Ace Austin, Suicide, Daivari, Cousin Jake, Crazzy Steve, Tre Lamar, KC Navarro, and Blake Christian. The latter three will be making their debuts with the company. 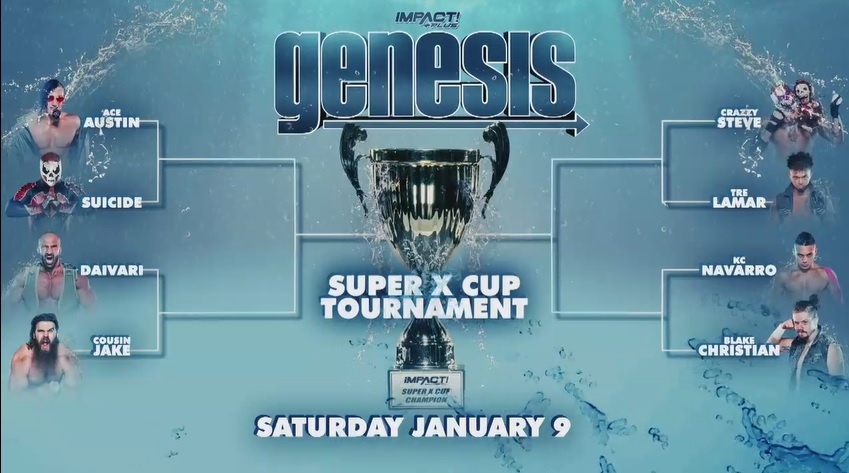 Acey Romero visited Larry D in prison. Acey said that if Larry could prove that he was framed for shooting John E. Bravo, then Acey would take it to the authorities. Larry D said that when the lights went out before the gunshot, he smelled “ring rust,” which must have been a clue. Acey suggested that they should seek the word from Crazzy Steve, because his blindness heightens his other senses, so he may have heard what happened in the dark.

AEW President Tony Khan and AEW commentator Tony Schiavone did another one of their “paid advertisements.” Khan played the condescending douchey rich kid again, and Schiavone simply came across like he hated everything to do with Impact. They ran down tomorrow’s AEW Holiday Bash show, and Khan invited Impact to send members of their roster to the show.

Tony Khan is apparently connected with the band Dead & Company. As a certified Dead Head, Mr. Khan, I take back anything negative I’ve ever said about you and your company… so how about some comped tickets and backstage passes once the pandemic allows them to get back on the road? Thanks.

p.s. I’ll even not mention how you called them “THE Dead & Company” lest it embarrass you that you don’t even know the correct name of the band. We good, bro?

A video package ran down the history of Don Callis and Kenny Omega scheme to get Omega the AEW Championship, and the announcement that Omega will be reuniting with his “Bullet Club” brethren, the Impact Tag Team Champions, the Good Brothers at Hard to Kill against Impact World Champion Rich Swann and the Motor City Machine Guns.

After that, Don Callis carried Kenny Omega through a promo, hyping Omega as AEW champion and noting how the two of them are making history.

Purrazzo cut a good promo to celebrate her accomplishments, noting that she was glad that her technical wrestling expertise has been recognized to make her not only the Best Knockout but the company’s Best Wrestler overall.

"It's about time we enter the age of The Virtuosa." @DeonnaPurrazzo is the 2020 Wrestler of the Year. #IMPACTonAXSTV pic.twitter.com/VijYSTokdz

Impact’s Best of 2020 recap Part 2 airs next Tuesday, and then new shows resume on January 5.