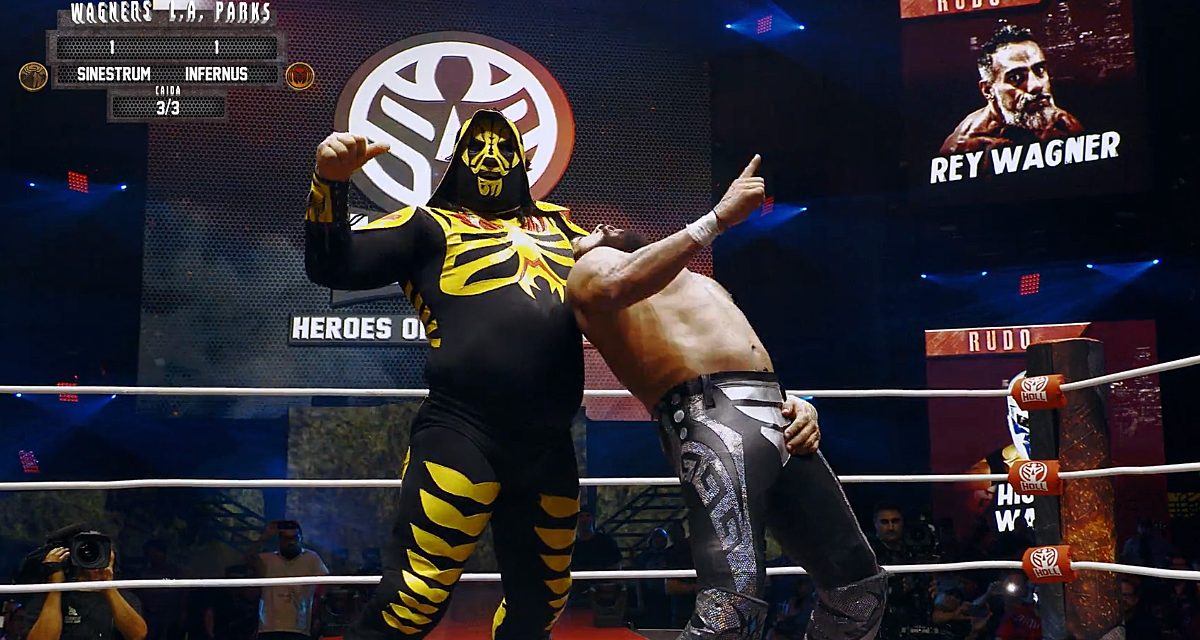 When my son was younger, one of his favourite wrestlers was Rey Mysterio Jr. He loved characters like Spider-Man, Batman and Green Lantern, so to him Mysterio’s incredible feats of athleticism in the ring made him a real-life superhero. What he didn’t know at the time was that in Mexico, luchadors had been the nation’s heroes and villains since the 1800s.

For Crackle’s Heroes of Lucha Libre series, producers Joaquin Vodanovich and Alejandro Ortiz play off the notion of luchadors as comic book characters in every facet of their new wrestling show. Like Lucha Underground before it, Heroes surrounds actual wrestling matches with a broader core story and universe. It also has some Hollywood, rock star level of editing and production too with director Alfredo Widman supervising things. 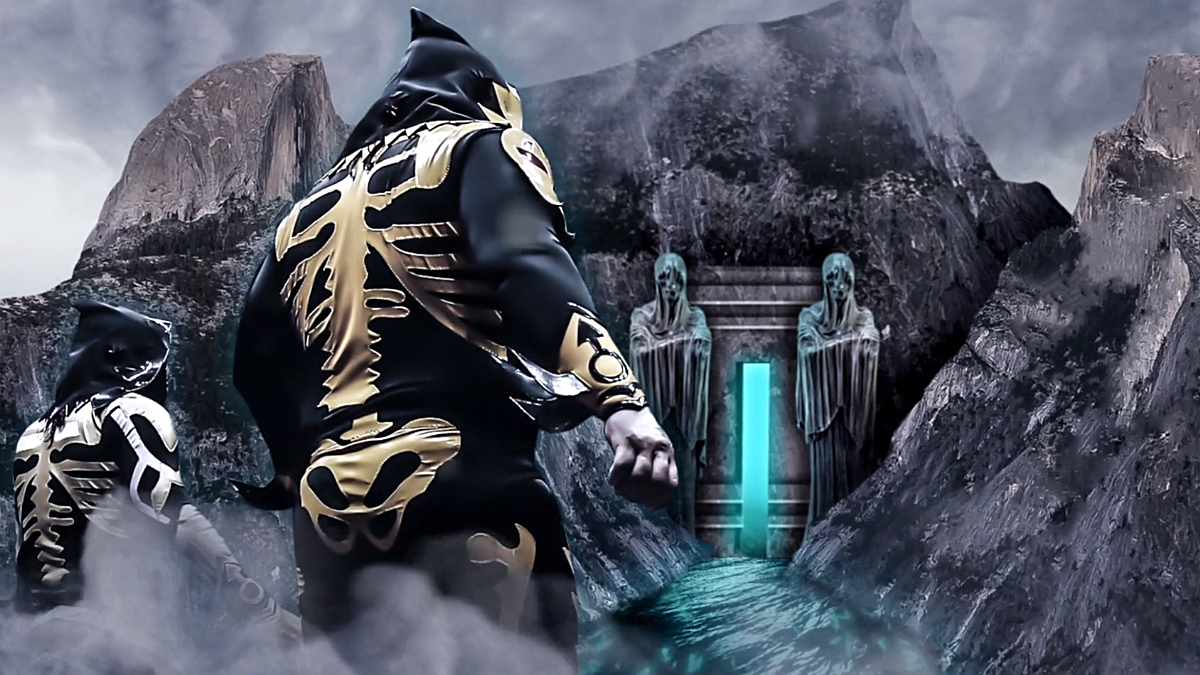 La Park and La Park Jr. are up to no good. Courtesy of: Screen Media, a Chicken Soup for the Soul Entertainment.

Follow closely if you can. According to the faceless narrator, a “supreme being” forged four power rings of Fire, Water, Wind, and Earth on the island of Therraton. When some ass clown tried to steal the master ring the angry being split Therraton into four islands. Two are ruled by rudos (villains) and two by heroes (tecnicos). The islands now battle for control of the rings, and an island without one faces a “frozen hell” called Amnesium, which to me sounds a lot like the savagely cold wilderness outside of Canadian Forces Base Trenton in February. Not a place for any sane man or beast as any cadet in training will tell you.

All of the rudos and tecnicos have detailed origin stories which air before each match. Those colourful segments are as over the top as the luchadors are. For instance, The Wagner Dynasty (Rey Wagner and Hijo De Wagner) lost their marbles when they were not rewarded for saving Therraton from a deadly epidemic. They retreated to their asylum to hatch all manner of diabolical plans to punish those who wouldn’t recognize their pure genius. 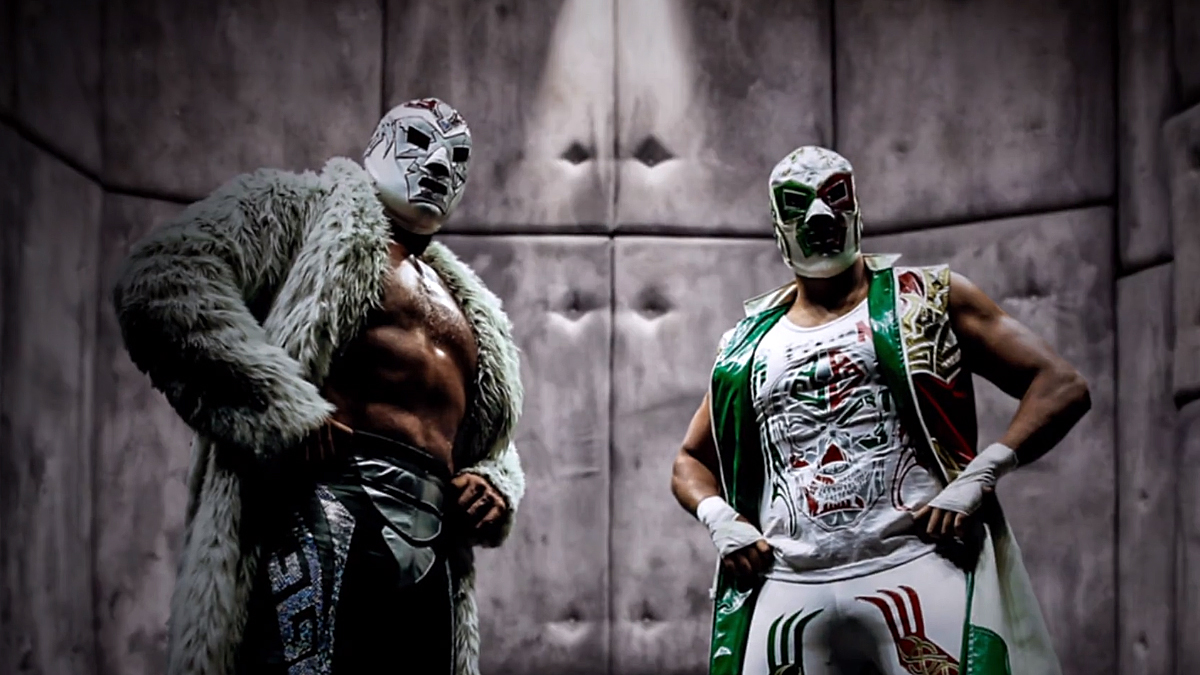 The Wagner Dynasty (Rey Wagner and Hijo De Wagner) hanging out in a rubber room. Courtesy of: Screen Media, a Chicken Soup for the Soul Entertainment.

Those nutty Wagners, complete with straight-jacketed inmates and a hot nurse accompanying them to the ring, faced the equally batty La Park and La Park Jr. in the second match of the premiere episode. Mini Rey Mysterio Jr. and Pierrothito also faced off in what were terrific matches. I became a big fan of the rudo Pierrothito once he chased a little brat who threw popcorn at him out of his seat and into the ring. The wrestling world needs more Pierrothito. 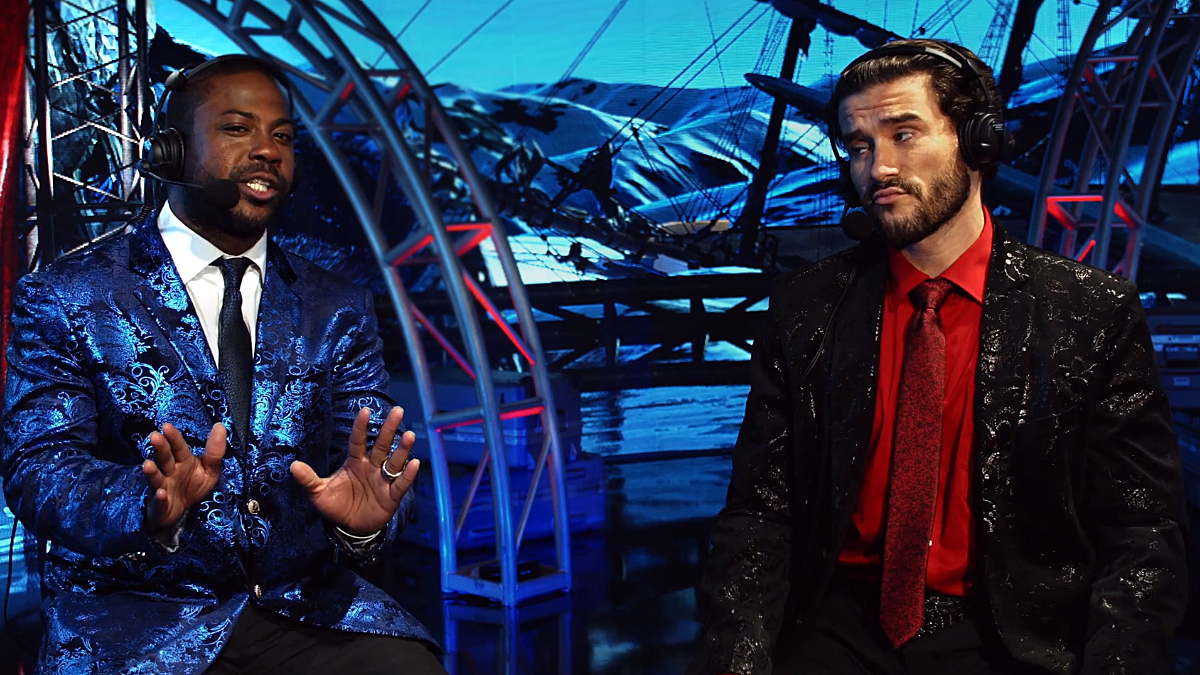 What did distract from the bouts, though, were the phony crowd noise edited into the show and some of the goofy commentary from Kevin Cassanova (Kevin Cassidy) and Famous Big Time (Brian Winbush), who are quite good most of the time. That may be because Winbush himself is a wrestler who worked for Dragon Gate, Lucha Underground, and PWG. Cassidy plays a good heel. He is what would happen if you spliced the DNA of Corey Graves and Mark Madden together to form possibly the biggest douche bag the world has ever seen. 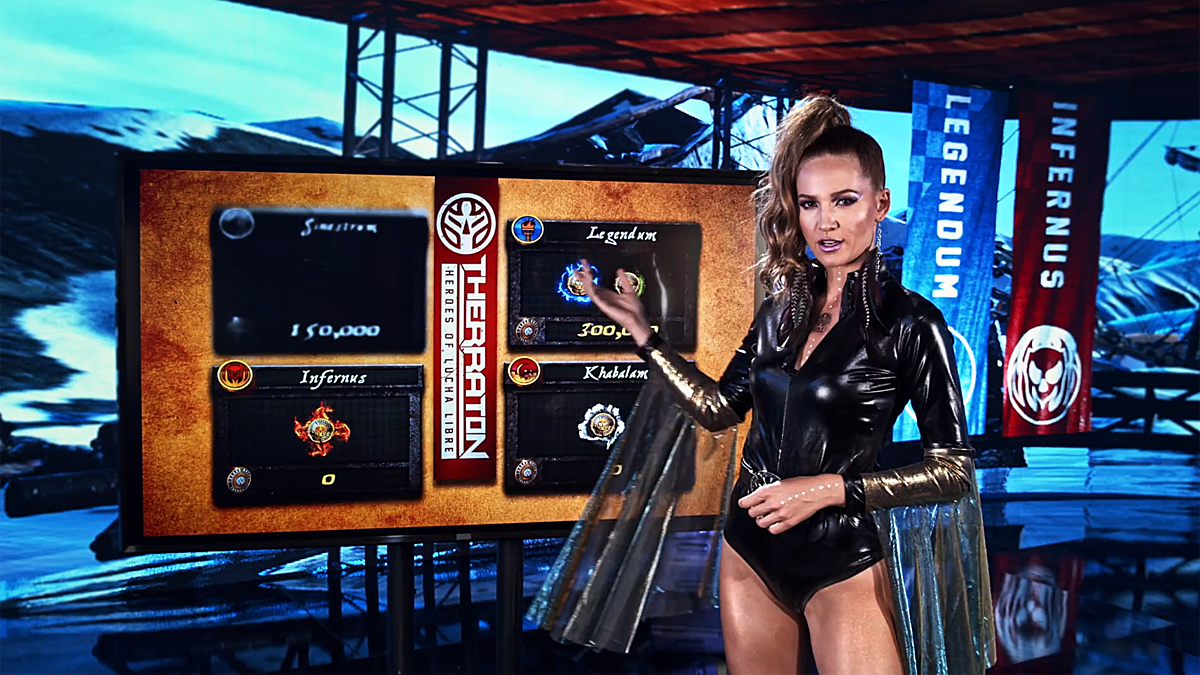 The talented Caseer. Courtesy of: Screen Media, a Chicken Soup for the Soul Entertainment.

I would be remiss, though, if I didn’t mention and didn’t heap some well-deserved praise on Alina Nastase, who plays the captivating analyst Caseer, and who in my opinion just doesn’t get enough screen time.

Wrestling fans who also happen to be comic book fans, fans of Lucha Underground, or lucha libre fans in general will get a kick out of Heroes, which not only entertains with its campiness and its superb matches but also is a way for everyone involved to share the passion and respect they have for the history of and art form that is lucha libre. Heroes could definitely become a fun distraction and alternative to all of those weekly wrestling shows.

The matches are quite good. The storytelling is amusing and fun. The Wagners get an assist from a steel garbage can. What’s not to like?