For Ring of Honor’s Shane Taylor, violence can be beautiful 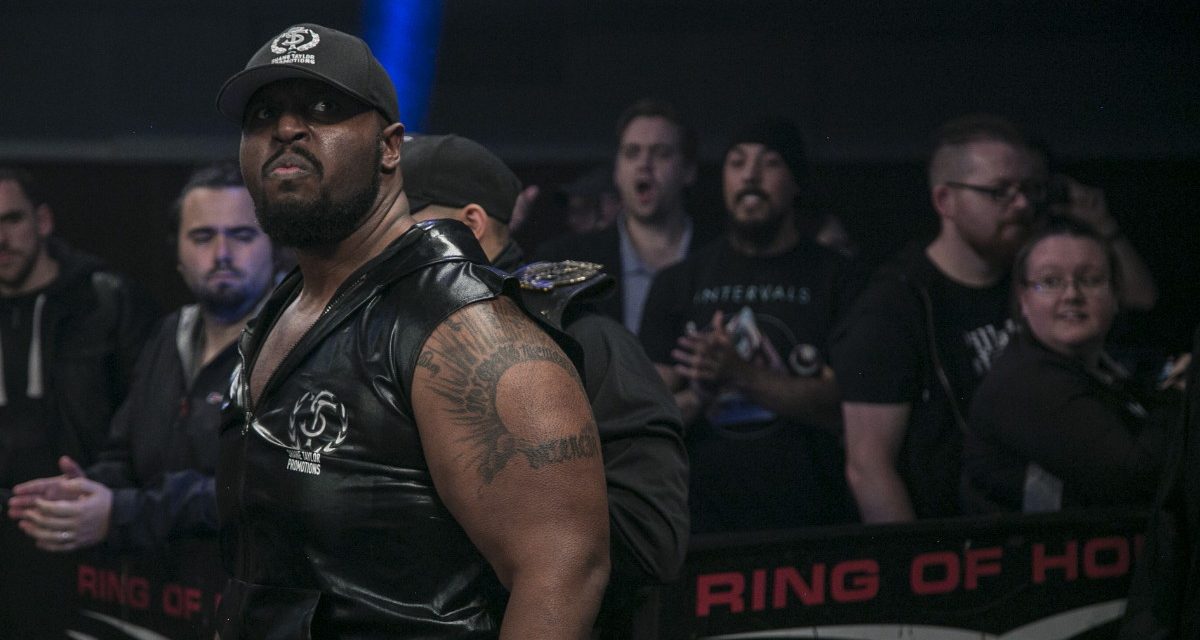 As a pro wrestler, Cleveland’s 33-year-old Shane Taylor doesn’t see himself as others see him, as being “a bull in a china shop.” Instead, the 350-pound Taylor (real name Marc Shepherd) likened himself to famous historic painters like Monet and Rembrandt. Except those artists used oils and brushes, whereas Taylor uses his opponents’ blood.

Taylor sees himself as an artist composing a portrait, and that portrait describes his culture and what he has experienced in his life. Taylor grew up in the slums of East Cleveland, and his father was heavily involved in the underground criminal world in that city. He was initially lured into that world after seeing his father succeed, and at first wanted to follow in his father’s footsteps. But instead of going down that road, Taylor worked to become the first person in his family to go to college, and then entered the world of professional wrestling.

Since then he has worked incredibly hard and overcame many obstacles to make it in wrestling, and that comes across in the stories he tells in the ring. And to him, that’s a portrait worth painting.

“Those that do understand the mentality [of growing up like he did], what you have to do, the choices you have to make, there’s a beauty to it,” Taylor told SlamWrestling.net in November 2020. “There’s a deeper meaning to what I do. And if you understand it, you can appreciate the artistry and skill that goes with it.”

But his father wasn’t the only important role model in his youth. Taylor was also inspired by Ron Simmons, and was mesmerized when Simmons powerslammed Big Van Vader and pinned him in August 1992 to become the first African-American WCW World Champion. This was an inspirational moment for Taylor because of how different it felt. Prior to Simmons’ win, most Black wrestlers played stereotypical, over-the-top characters and were never taken seriously. Simmons was the exact opposite, and helped change perceptions among the wrestling community. “As a young black kid, seeing Simmons win felt incredible.”

Taylor’s own experiences in wrestling have been quite interesting. He has wrestled extensively for Ring of Honor and won its Television championship at War of the Worlds 2019. He considers this to be his biggest accomplishment, but his most satisfying personal moment was something even greater. A year earlier, Taylor went on a tour of the United Kingdom and had three different promotions’ world championships with him. He felt he did himself, and those that have followed and supported him, proud.

Taylor was also praised Raymond Rowe (Erik of WWE’s Viking Raiders tag team) for not only training him but also being his best in-ring opponent. He thinks the matches they’ve had together have been nothing short of magic, and he had to bring his A+-game – not just his A-game – to win. And it was all worth it for Taylor, even if the next day he feels “like he’s been in a car crash.”

He has also benefitted from ROH’s working relationship with New Japan Pro-Wrestling (NJPW) and has wrestled some of its biggest stars. And while many of his fellow wrestlers have described notable differences between the American wrestling style and the famous NJPW Strong Style, Taylor claimed he didn’t see much difference. He likened the stylistic differences to variations in how different football teams play, with some teams passing more and others doing trick plays. But in the end, the game still stays the same.

But there was one person that stood out as an opponent of his: Minoru Suzuki.

“There’s an aura about him. You can feel it from his entrance. You see him come down and he has almost a smile across his face over what he’s about to do. When you have the utmost confidence in yourself, there’s no need for me to hate or be upset with my opponent.” 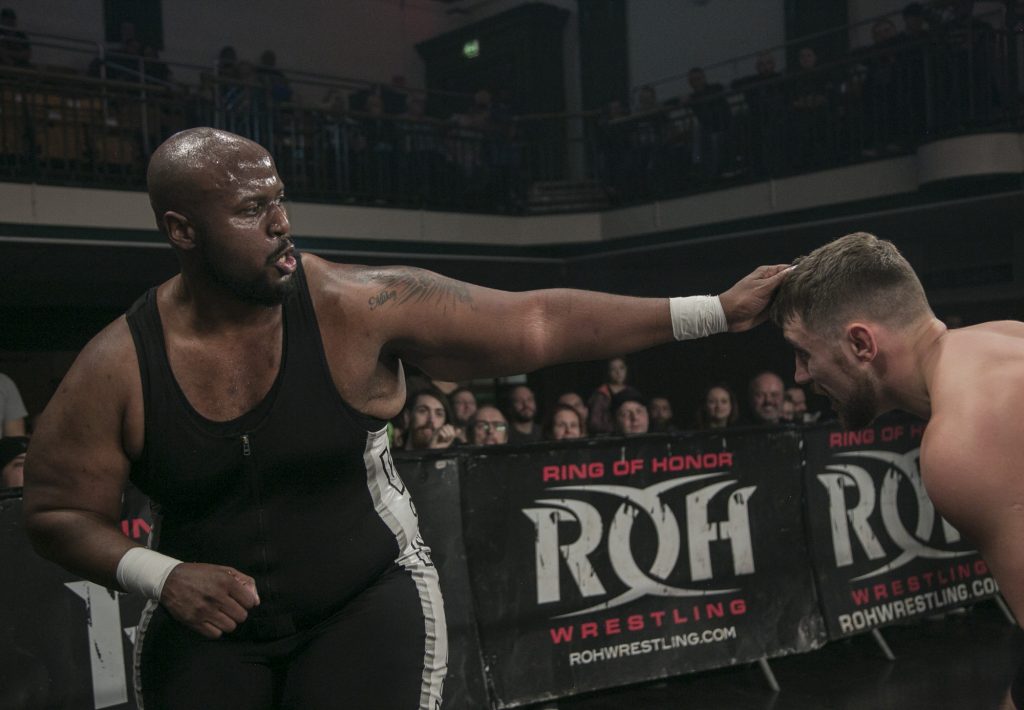 Taylor also had some interesting thought on another NJPW making headlines these days, The Great O-Khan. Prior to his shocking return during this year’s G1 Climax, Taylor wrestled him in the UK and saw lots of promise in him. Taylor praised his toughness and his mean streak, and noted how he will benefit from sharing the ring with incredible talent like Will Ospreay and Bea Priestley. And with NJPW Power Struggle only days away, one cannot help but wonder what comes next as O’Khan (Tomoyuki Oka) faces Okada in singles competition.

Taylor chooses to stay as a pro wrestler because he sees himself as having a responsibility. He sees pro wrestling as a platform to reach as many people as possible. For him, this is especially critical in these difficult times, because he hopes to put a different lens and perspective on himself and those around him. In particular, Taylor wants to change the zeitgeist of the wrestling world and help people change how they think, both on-screen and off.

“There tends to be this mindset that only one of us can be successful, that only one can be the top wrestler. But there’s plenty of food to go around and everyone can eat. You don’t have to starve the next person so you can eat. When you show unity and loyalty, you can succeed far beyond individual expectations. There’s no need to cut each other down or to compete with each other in that sense.”

You can catch Shane Taylor on November 6th, as he’ll be wrestling for VIP Wrestling in Dallas, Texas, in a 4-way match for the interim VIP World Heavyweight Championship. He’ll be challenging Will Allday, MLW’s Gino Medina and JTG (of Cryme Tyme fame). The next day, he will be at an event hosted by SOAR Wrestling, taking on Dante Smiley. And he is a part of Ring of Honor’s return to TV after a pandemic-related break.