EXCLUSIVE: NXT’s Cameron Grimes: ‘I am not scared of the Haunted House of Terror’ 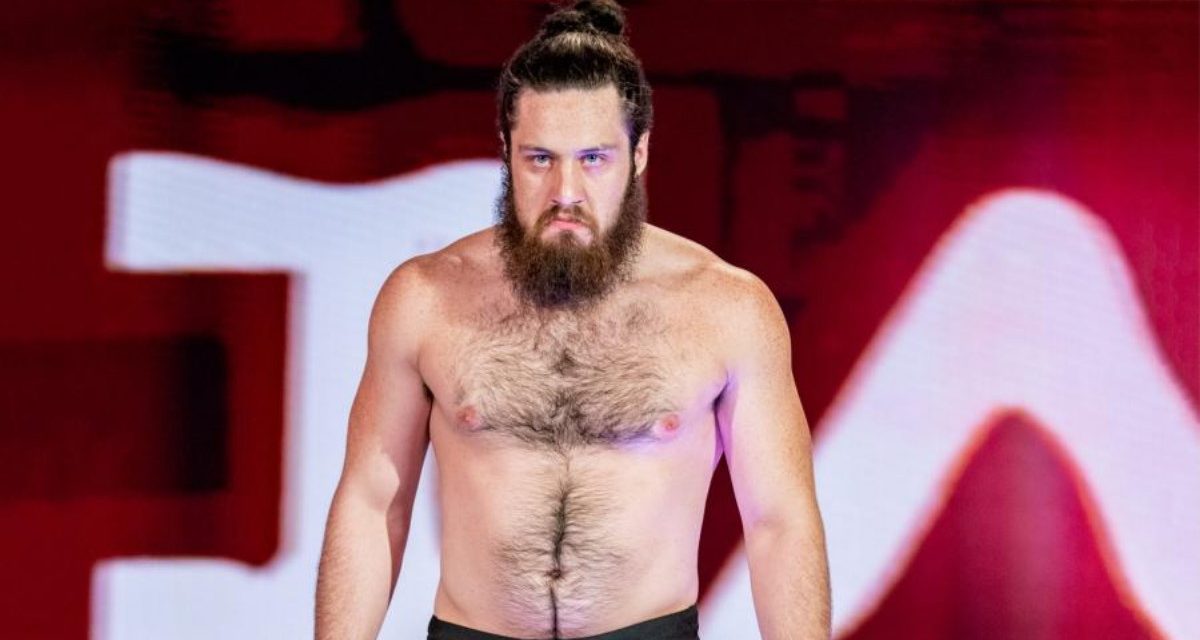 For the Wednesday, October 28th NXT broadcast on USA Network, the Halloween Havoc theme has been resurrected after 20 years. It’s made for some unique matches.

But then there’s a Haunted House Of Terror match, with Dexter Lumis versus Cameron Grimes.

What will that entail?

“I have absolutely no idea,” said Cameron Grimes in an exclusive interview on Tuesday.

There was one thing that he knew, though, and repeated it a couple of times. 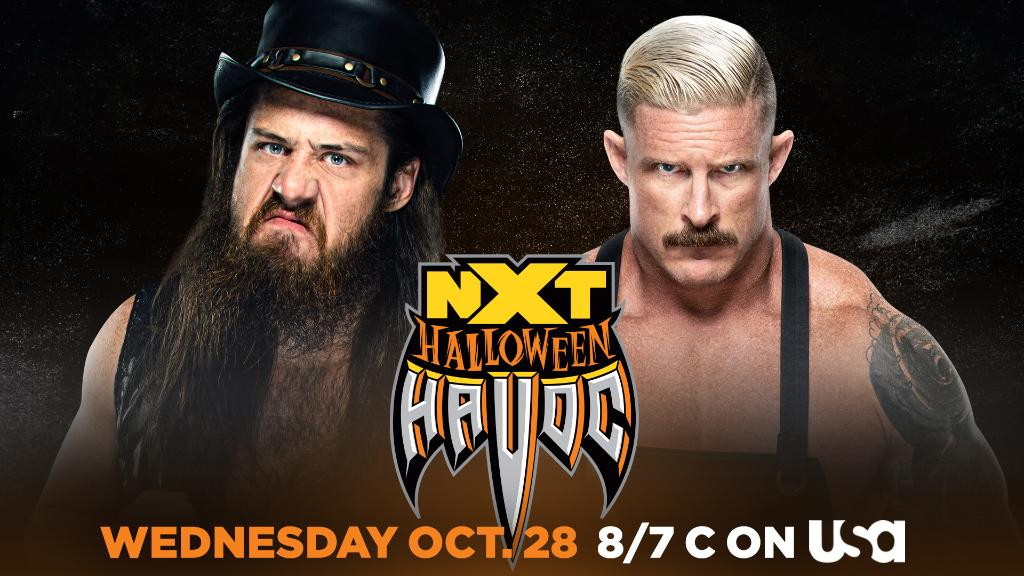 “You can go back and watch the greats have ladder matches,” he began. “There’s tons of footage of great ladder matches, you can kind of prepare. You can’t prepare for falling off a 20-foot ladder, let me tell you that. But you can scout and see different angles, and ways that you can make your way to the top to grab that championship. What do we do about a Haunted House of Terror match?”

Grimes sat out NXT TakeOver 31. He’s okay with that.

“There is no ‘I’ in team, but there is an ‘me’ in it. You hear what I’m saying? Cameron Grimes only worries about himself. Now, if I couldn’t wrestle for the championship on the TakeOver, then why do I want to be on the TakeOver? Just so I can beat up some other little losers just for a little moment of a spotlight? The spotlight is always only on me. The rocket ship’s built. I just need my seatbelt. And some gold. When I can wrestle for some gold, then I’ll be on the TakeOver, that’s fine.”

The moon has been in the news lately, with scientists discovering that there could be far more water available on the Earth’s satellite than previously believed.

On the more grounded questions, the 27-year-old Grimes was a little less out-there.

Due to the COVID-19 pandemic, NXT recently left its long-time home at Full Sail University to set up shop at the Capitol Wrestling Center inside the WWE Performance Center.

Grimes is fine with that.

“It’s wild, let’s be real. Full Sail was a great place for us to do TV from but we needed to switch up the scenery. And here at the CWC, PC, we have these giant whiteboards. It just gives it a whole different feel, you know what I mean?” he said. “We actually can be more interactive with the audience again and not be stuck back in the times where everything was so terrifying and not knowing if we’re even gonna be able to have shows next week. At least now with the CWC we can bring way more people into the atmosphere and still be safe about it.”

The follow-up question logically is about COVID-19 testing and adapting.

“You’ve got to evolve with the times. People say that the show goes on. You’ve heard that your entire life, the show goes on. But I guess some people don’t think that that is a thing when it’s time for the show to go on. We’re still here, we’re running,” he said. “I ain’t got COVID — I don’t know if I’m supposed to say that but I ain’t got it, Cameron Grimes ain’t got it. And I’ve done my best, I’ve done all the safety precautions that our company has told us to do and I ain’t got it. Some people may not follow instructions as well as other people but Cameron Grimes follows his instructions.”

It’s not a secret that Grimes is Trevor Lee Caddell, a second-generation wrestler, whose father, Tracey Caddell, was one of the main people behind the OMEGA promotion in North Carolina with the Hardy Boys. (Tracey Caddell died in 2018.) There were plenty of lessons that the son took away, establishing a career as Trevor Lee as he polished his craft.

That seemed to be a dig at football players, like former NFL punter Pat McAfee, who recently returned to NXT. That’s not the case, stressed Grimes.

“Pat McAfee? We’re boys! Me and him, we know about going to the moon together. Pat McAfee’s made a million dollars in five different ways, and he’s teaching me that. I’m on my way to making a million dollars in 10 different ways,” he said. “Don’t get me wrong, I love all those football players. But let me tell you, I was bred to be a professional wrestler and I didn’t fail at that.”

What’s next? He has wins over both NXT champion Finn Balor and North American champ Damien Priest; he actually thinks that Johnny Gargano — that “little weaselly guy” — will win on Wednesday night. “If it comes down to Johnny Gargano as the North American champion, I ain’t beat him yet, but you know, I can take anybody at any place at any time, so I don’t see why I couldn’t beat Johnny Gargano. Once I beat Dexter Lumis on Wednesday, and we get past this whole Haunted House of Terror thing, the options are endless. I can pretty much go anywhere, win anything.”

That includes the main roster … or outer space.