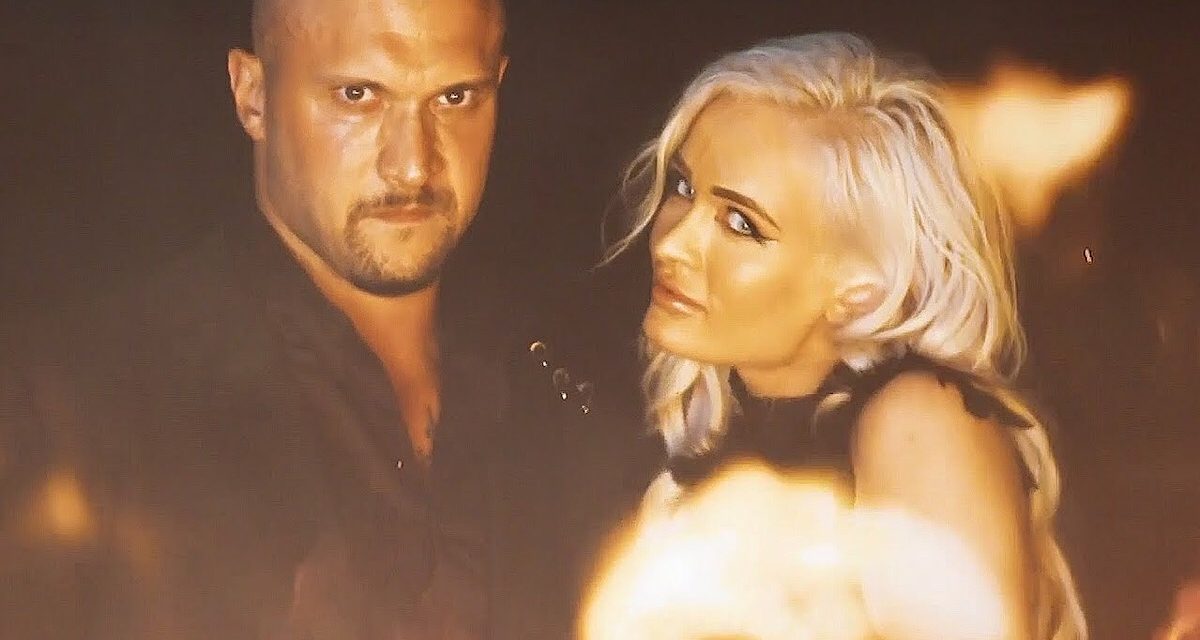 On August 22nd, NXT celebrated 30 epic Takeover events. After selling out arenas around the western hemisphere for over five years, Takeover once again returned home to Full Sail University. While NXT’s trademark die-hard fans weren’t in attendance, the maxim stayed the same: NXT Takeover dependently delivers on a great night of wrestling.

No match stood against the rest, per se, but the complete card did justice to the aura of Takeover. However, a few outcomes will definitely serve to shakeup the future of NXT.

Balor immediately charges at Thatcher, but the latter gains control. They work through some impressive chain-wrestling sequences as both attempt to cinch submissions. The submission specialist Thatcher targets Balor’s legs and even catches an out-of-nowhere Kimura. This guy is definitely Thatch-as-Thatch-can. The two trade hard-hitting blows, ending with Balor’s Pele Kick which knocks them both down.

Balor delivers the Reverse 1916, corner dropkick, and climbs the top rope. He misses his signature Coup De Grace, reinjuring his leg, and Thatcher takes advantage with a single-leg Boston. Thatcher gets an Ankle Lock, but Balor rolls through and connects with a double stomp setting up the Coup De Grace. He follows with the 1916 which gains him the victory. Commentary points out that Balor has now recorded 12-career Takeover victories. He’s surely an all-time NXT great, and this opening match proved it.

The five-man brawl begins instantly, and Velveteen Dream stands tall. He’s attacked by Cameron Grimes who introduces the first ladder. Johnny Gargano then steals the ladder, but is interrupted by Bronson Reed and Damian Priest. The latter and Dream set up adjacent ladders which Grimes attempts to climb, except the two pull them out forcing Grimes into a comical mid-air split. Reed takes control of the match, but everyone works together to even the playing field. The weasley Gargano attempts to orchestrate the group but ends up sandwiched between two ladders. That same corner is piled with even more ladders and wrestlers which Reed squishes together with a splash. 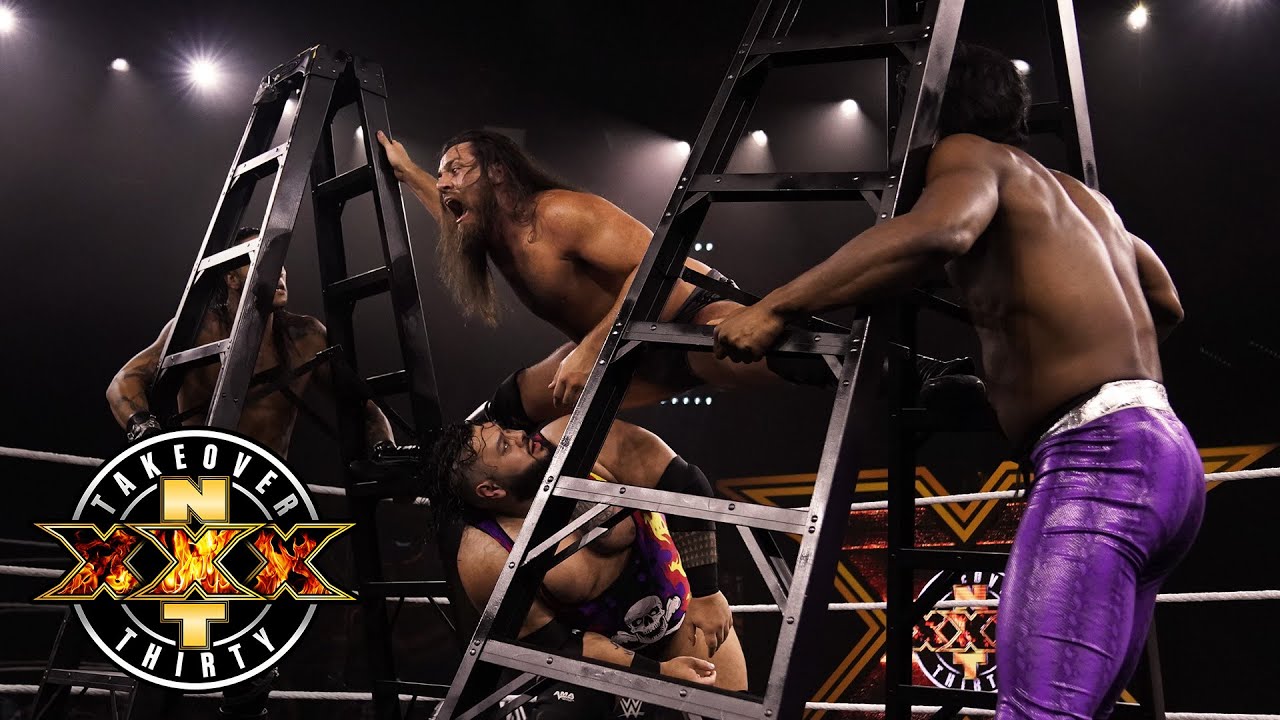 Cameron Grimes is split down the middle. Courtesy: WWE.

The participants pull off an amazing Superplex-German Tower of Doom — just another example of the creative spots seen throughout the match. Priest is alone but gets halted by Dream. He returns with a springboard kick that knocks Dream off the ladder. The thick Reed attempts the airplane ladder spot, but Gargano delivers a DDT with the ladder attached. Dream tries to throw a ladder into Gargano, inadvertently taking out Priest, which kicks off multiple dives and highspots to the floor. Specifically, the 6’6” Priest runs off a ladder diving onto the mass ringside. Grimes has the opportune moment, but Gargano’s wife Canidce Lerae enters the fray. She hits a hurricanrana on Grimes which takes out the rest.

Reed scales the top, but is again stopped by Lerae. And with Lerae on his back, the 330-pound Reed delivers a big splash off the ladder onto Gargano. The Dream then sets up a ladder bridge and positions Grimes atop it. He looks for the Purple Rainmaker off the ladder, only to realize the championship belt is in reach. But it’s too late, as Priest interrupts the attempt. Grimes starts the climb but is taken out by a sunset-flip onto the ladder bridge by Gargano. Reminiscent of his ladder-match debut, Dream hits the Dream Valley Driver on Gargano onto another outside ladder bridge. He climbs the middle ladder and is thrown off, landing outside the barricade and through a set of tables. This is carnage! Grimes is all alone, scales the ladder, but is stopped by Gargano. He unstraps the belt, but Priest has it gripped as well. Priest knocks the opposition off and claims the belt. Priest has captured the North American Championship belt!

The two bitter enemies begin their match with a lock up… McAfee hits an impressive jump-over counter, but the second attempt is met with Cole’s Superkick which McAfee avoids. McAfee successfully delivers a shoulder tackle but quickly retreats towards hit football posse ringside. Out comes the ERA, and security tries to break them up before McAfee hits a beautiful Swanton onto the mass. He plays it off cocky because he already knows he’s proven himself. He then delivers some decently-executed working punches and kicks on Cole. 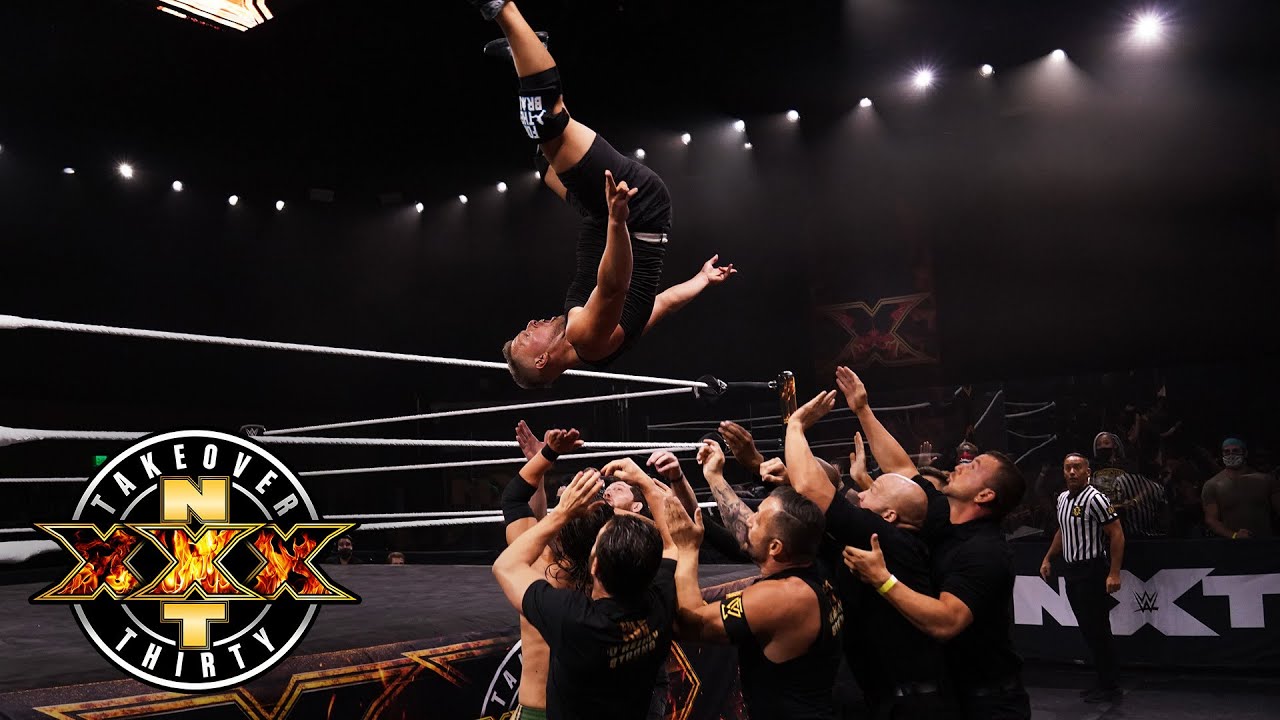 McAfee has too much control and offense in the early going. He even squats with Cole before powerslamming him. He transitions into a rest hold and comes back with a dropkick; it’s actually baffling how much McAfee’s worked down Cole. They begin to trade blows, and Cole finally hits a Pump Kick starting his barrage. McAfee kicks out of an Ushi Goroshi, rolls up Cole, but winds up in a backbreaker. The former knocks Cole off the top and attempts a Superplex. As Cole tries to push him off, McAfee hits a picture-perfect backflip off the ropes. He pounces back up with one giant leap and Superplexes Cole!

McAfee heads outside attempting to punt kick Cole once again, but he ends up hitting the steel steps instead. Cole targets the injured leg with a Figure-Four Leglock, but his opponent reaches the ropes. As Cole beats down McAfee in the corner, the latter delivers an unseen low blow and follows with his signature punt kick. Thankfully, Cole gets his shoulder up for heart-stopping near fall. McAfee flies off the top and runs into a Superkick. Cole demands McAfee to get up, hitting the Panama Sunrise for the victory. This did wonders for McAfee, but admittedly hurt Cole’s presence.

Shirai charges at Kai and continually keeps the pressure. But on the outside, Gonzalez provides a distraction which allows Kai to take control. The challenger targets the left arm, but Shirai remains valiant. The latter returns with an upward palm strike and makes her comeback. The champion hits a Feint Kick and springboard dropkick for a two-count. Kai taunts the champion with kicks and hits the Scorpion Kick. She misses the corner boot which lets Shirai hit some corner knees. The champion positions Kai for a double-stomp resulting in a kick-out, and the latter returns with a backbreaker. She targets the left arm again with an armbar, and Shirai barely reaches the ropes. The challenger hits the GTK finisher, and Shirai reaches the ropes once again.

Kai attempts the corner kick and inadvertently connects with the official. Shirai hits her finishing Moonsault, but Gonzalez takes advantage of the downed ref. She places Kai onto the champion, but Shirai is able to kick out and cinch the Crossface. After taking out Gonzalez on the floor, Shirai again hits the Moonsault for the victory.

Gonzalez attacks Shirai, but Rhea Ripley makes the save. The two women have an intense staredown. A Full Sail audience member can clearly be heard saying, “Just make contact!”

The new North American Champion Damian Priest is seen celebrating in an outside jacuzzi with booze and women.

Lee immediately takes down Kross and evidently has full control over his opponent. The champion follows Kross ringside as they tear down the surrounding plexiglass with dodged strikes. Kross targets Lee’s left arm with some everlasting holds and repeatedly throws the champion into the post. The challenger continues to hold down Lee with arm-targeted holds. He cinches an armbar until Lee finally reverses with a powerbomb. The champion strikes down Kross, splashes him into two corners, and hits a powerslam for a two-count. Kross then attempts his signature back-suplex, but Lee counters it with his own suplex. The challenger fires up with a closeline before the two trade blows. The champion connects with another closeline, and both men are down.

Kross finally hits the Doomsday Saito Suplex for a two-count on the 320-pound champion. He applies the Kross Jacket submission hold, and Lee is out. The referee lifts his lifeless arm, attempts to ring the bell, but Lee holds steady. The champion — with a very appropriate expression — crawls towards the ropes. He blankly headbutts Kross and hits the Spirit Bomb for a kick-out. Lee slowly climbs the ropes but is halted by the challenger. Kross hits an Atomic Doomsday Saito and pins the champion clean! Lee’s supposedly triumphant NXT Championship reign is vanquished after barely a month, and Kross’s takeover continues. Kross wins the NXT Championship to close Takeover: XXX.

There wasn’t a single weak link on this show. The card was structured very strategically, and it paid off. There were plenty near falls and close calls, but the main event’s finish was a total shocker.