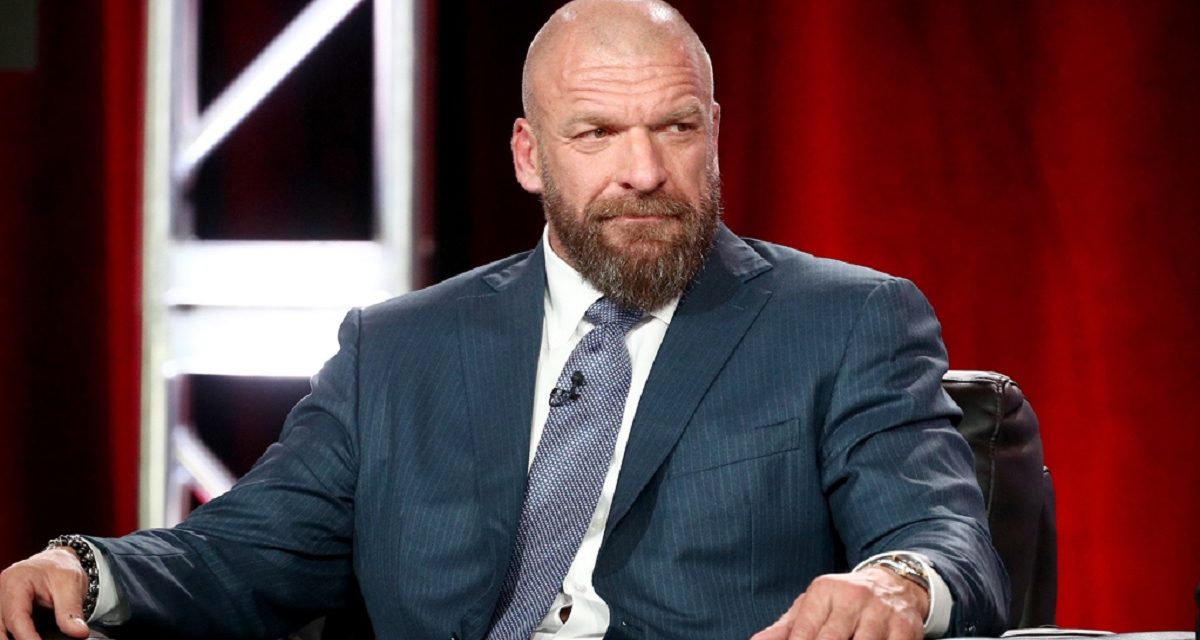 “We’re going to have to get him an MRI,” he said, “but it looks like he separated his shoulder somewhere in that match. I knew he was hurt, but he wanted to continue. The medical team was watching him, and they felt he could continue, they knew it was a separated shoulder, and they were comfortable with him continuing.”

Levesque credited both men for being able to carry on with the match, and put on a great performance despite the painful situation.

“To go through that with Keith Lee who’s a big boy – when your shoulder is separated like that, it’s very painful. And he got through it, he got to the end.  And I can’t say enough good stuff about Keith Lee. When a guy gets hurt like that, you try to do everything you can to keep it together and keep him safe and get where you need to go, and he did an incredible job with it.”

Levesque noted that the injury resulted in a bittersweet victory for Kross. As the extent of the injury was still unknown at the time of the call, he wasn’t sure if or how this would affect Kross’ title run.

“(Winning the championship) is a dream come true for both him and Scarlett – they’ve worked their entire career to get to this moment. And I can tell you that from the bottom of his heart, because he told me that on his first day. And to have that derailed to some degree, that’s hard. We’ll see where everything goes. Hopefully it’s not too crazy and we can figure out how to work through it.”

In addition to praising Kross, Levesque was very high on Scarlett as well, noting that she is a multi-faceted performer who has untapped potential in almost every aspect of the game.

“I think she is a very talented young lady that can do just about anything. She’s what, on the television side, you’d call a ‘cutaway machine.’ You can constantly go to her at ringside at any point in time, and she’s going to be giving you a great reaction, she’s always in the right place.”

As to whether she will actually compete in the ring at some point, Levesque noted that if that’s what she wants to do, he’s all for it.

“If and when we get to the point where she’s in the ring competing, it’ll be great, because I’ve seen that too, and she’s an amazing talent. That’s the magic of what she can do. You can unveil parts to her character, you can uncover layers to who she is. She does all of that so well. She has a skill set that she can go just about anywhere. She’s so multi-faceted as a performer. I look forward as time goes on to seeing where she evolves to, what she wants to do, where she wants to get to.”

His compliments weren’t reserved for the main event participants, though, and during the 45-minute call, he praised everybody on the card at one point or another, noting that everyone delivered. He said that Bronson Reed and Cameron Grimes had star-making performances during their ladder match, put over Dakota Kai’s match against Io Shirai, who he said is the best female wrestler in the world, and called the Finn Balor vs. Timothy Thatcher match a ‘technical wrestling clinic’.

He was also very impressed by former football player Pat McAfee who had a tremendous debut match, facing NXT veteran Adam Cole. Levesque said with certainty that the match would not be McAfee’s last.

“I think Pat silenced a lot of critics tonight,” he said. “(With tonight’s match), he showed why he’s the elite athlete to the level that he’s at, and why he performed so well in football at the level he did. He has the personality, he has the gift of gab, he has the charisma, he’s a heat magnet, he’s got all of it.”

“One of the first times I ever met Pat, he told me, ‘I want to be a weapon for you, man. I want you to pick (that weapon) up and utilize it.’ I thought he meant as an announcer; that isn’t what he meant. Pat has every intention of doing this and being not only an NXT superstar, but when the time is right, a WWE superstar.”

During the call, Levesque also talked a lot about the legacy of the Takeover series, giving thanks to many of the past NXT talents who continue to support it today.

“Seeing Corey Graves here, having William Regal here. We were reminiscing about the first one to where we are today. It’s been an incredible ride, an incredible journey. There are so many superstars that came through here, and they still have a passion for it today. That’s the thing I respect the most.”

“People like Sasha and Bayley – it doesn’t matter what we’re doing. If they’re in town, I know I’ll get a text from one of the two of them saying, ‘Hey, can we come by tonight to say hello, to see everybody. And if you want to put us in the show, we’d love to do something. Drew McIntyre, same thing. We were doing some media yesterday, and the first thing he said to me was, ‘Can I come to Takeover?’ They don’t have to, but they want to do it, they have the passion to do it. The pride that they have in NXT, and the passion they have to give back to it, it’s awesome to see. It means everything to me.”

Those sentiments were also expressed towards Joe Belcastro, who had been the long-time lead writer for NXT before giving notice to the company this past week.

“Joe has made amazing contributions to NXT and I want to thank him for that,” Levesque acknowledged to close out the call. “Like anybody, Joe had some dreams that he wanted to accomplish in life. He found himself in a position here that he didn’t want to leave. Now, he wants to go and accomplish those dreams so he’s not kicking himself later in life about not trying to do so. That’s the hardest thing in the world to do: to give up something you love to try to accomplish something else you love. The door’s always open, because once you’re NXT, you’re always NXT. It’s never goodbye, it’s see you down the road.”