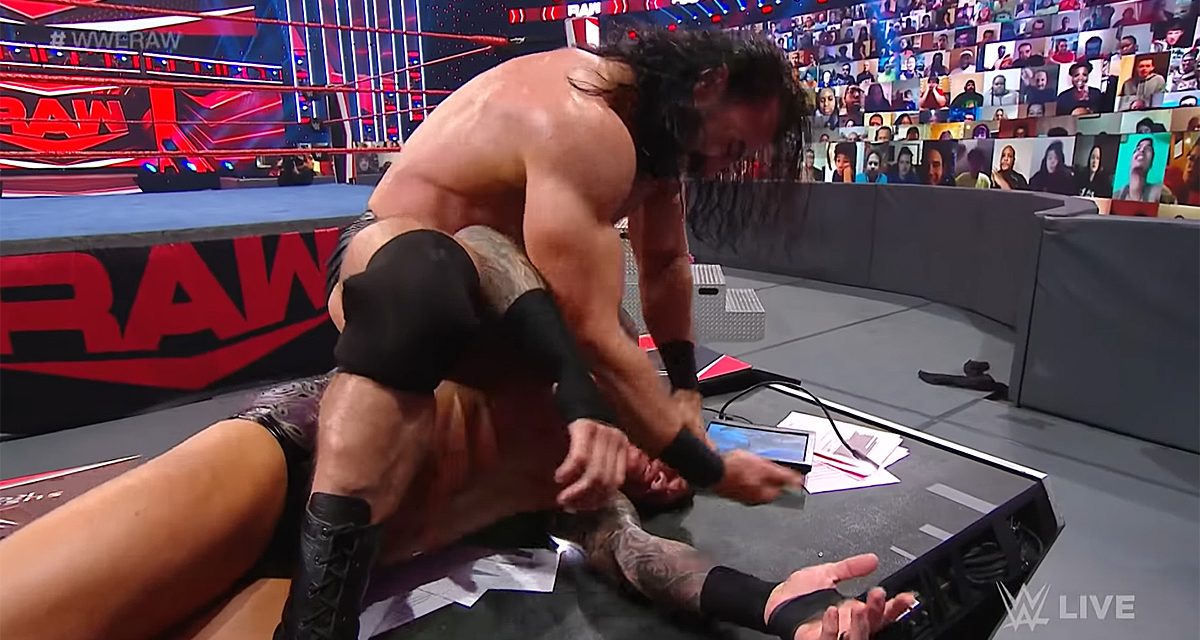 It is clear that WWE Champion Randy Orton and Drew McIntyre are not on each other’s Christmas card lists.

Their brutal feud began with backstage attacks, ambulance rides, an ambulance match and sneak attacks by a motley crew of legends at Clash of Champions.

Their match at Hell in a Cell over the weekend took their animosity to an entirely different level.

Last night on Raw though, things got a bit more brutal with Drew McIntyre taking a page out of Seth Rollins’ playbook. The curious thing is it was only shown in Canada not the rest of the world.

During his appearance on A Moment of Bliss, Orton was attacked by McIntyre. The two brawled in an out of the ring with McIntyre pinning Orton on the announce table and beating the heck out of him.

Right before the show went off the air in Canada McIntyre grabbed a pen off the announce table.

“You brought this on yourself Randy!” yelled McIntyre as he gouged Orton’s eye with the pen.

Orton staggered away holding his eye and with McIntyre in close pursuit as the credits rolled.

Why Raw was cut short elsewhere is not known.

You can check out the clip here: