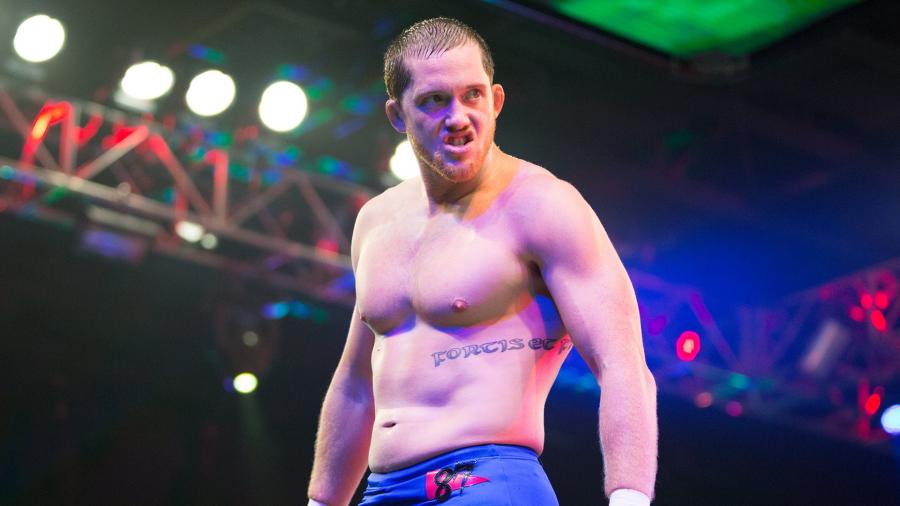 Paul Levesque has always been NXT’s biggest cheerleader. His regular media conference calls before big NXT TakeOver events never go over the line into out-right fawning, though. He tries to keep things in perspective, while hyping the upcoming card.

But occasionally, he can’t help himself.

Like with Kyle O’Reilly in a singles main event for the first time, facing NXT champion Finn Balor at Sunday’s NXT TakeOver 31, on the WWE Network.

“This is a breakout moment for Kyle,” said Levesque on Wednesday, September 30. He noted that O’Reilly “has yet to have the opportunity — because he’s been in a tag team” (with Bobby Fish, primarily, but also Roderick Strong and Adam Cole in The Undisputed ERA) “to show it at this level.”

“He and Finn have been clamouring about working with each other for a long period of time, to me, to everybody that would listen, pretty much. So here we are and it’s exciting,” said Levesque, who knows something about being on top as his in-ring persona Triple H.

The 33-year-old O’Reilly has been wrestling since 2005, learning the trade in British Columbia, where he grew up. He made the indy rounds until catching on with Ring of Honor in 2009, winning the promotion’s World and tag titles (with Fish as reDRagon). The Canadian also had much success in Pro Wrestling Guerrilla, and spent a couple of years competing at a high level in New Japan Pro Wrestling, before signing with WWE/NXT, debuting in July 2017. 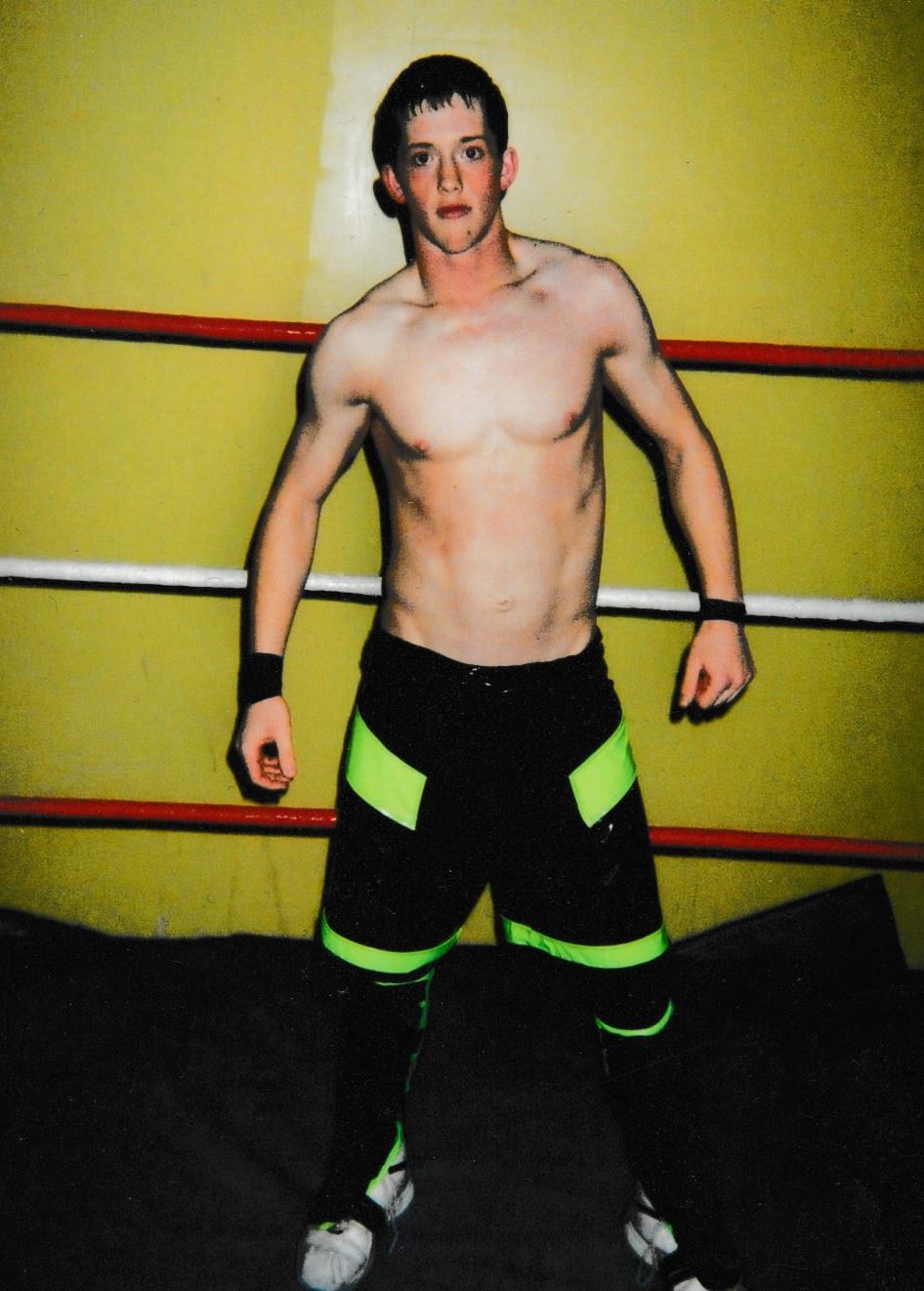 Kyle O’Reilly early in his training with Michelle Starr in British Columbia.

Given the challenging circumstances of booking during a pandemic, and the unavailability of certain talent, Levesque was asked whether that forced the creative team’s hand a bit, putting O’Reilly in the main event picture.

“That’s been something we’ve been talking about doing for a while, it has been in the works, and in the plans,” he insisted. “You asked me, did it speed up the process? Probably. Not a massive amount, but probably a little bit. … We got there a little quicker; I would have liked to have had more time to flesh out that story in the long run.”

“He’s such a great performer, and that’s not to take away from him in a tag team,” said the WWE VP. “He’s naturally charismatic. He’s funny. He’s all those things that you’ve seen doing what he’s doing, but now I think people are going to get to see that at a completely different level. And I’m excited for him, and he’s excited for that opportunity.”

“If you’ve ever met Kyle, there’s not a nicer person out there. When you see something like this happening for somebody like him, it’s awesome. I can’t wait to see what he does with it. I know it’s going to be spectacular.”

FILLING OUT THE CARD

Of course, Balor versus O’Reilly isn’t the only match on the card.

Levesque believes in the show. “I think that the majority of NXT fans and that are, you know, hardcore fans that are very, very into the in-ring product, understand how good this will be,” he said. “If you’re a more casual fan, this is going to be one, I think, that you will remember for a long period of time.”

He’s thinking big: “I do believe that this one has the potential to change the direction a lot of things in our industry.”

The boss’ take on the matches:

“Johnny, one of the most consistent performers on the roster, always brings it at Takeovers, and Damien Priest, who has really put on star performance after star performance in recent memory, [and has] really come into his own.”

“Velveteen Dream, always one of the most flamboyant performers we have, and a big personality. And Kushida sort of turning the corner on why he’s here, in my mind, in NXT, in America, at this time, doing what he does, I believe that this is a Kushida like so far you have not seen yet and this will be something special from him, for sure.”

“We look at Santos Escobar and what he’s been able to accomplish as being here as a Cruiserweight champion. … These two have added a couple of clashes, but they’ve been on TV, and they’ve been in limited duration, just from the restrictions that TV presents, these guys are going to have all the time and all the ability to go do what they do at the highest of levels. I’m really looking forward to it.”

Levesque also hyped NXT’s new announcer and promised a new look for the show. “This Sunday’s Takeover will have a very unique look and feel, something totally different that hasn’t been done so far. You’ll find out more on Sunday, but it will be very unique and I think hopefully at least for us game changing.” It is believed, though not 100% confirmed, that the show will be broadcast live from the WWE’s Performance Center in Orlando, rather than NXT’s usual home at Full Sail University in Winter Park, Florida.

With Mauro Ranallo departing WWE, the company had an opening on its NXT announcing team, and brought in Stu Bennett, who had previously been in the promotion as Wade “Bad News” Barrett. He’d recently done commentary for the NWA’s weekly YouTube show, until the pandemic shut down production.

“I’ve been a big fan of Wade Barrett, I was a fan of him when he was in the company, and then he left and he started doing commentary,” said Levesque, noting that Barrett had done a little commentary work in WWE when he was injured. “I remember being very impressed with him then. And after he left, I had seen him commentary in different places, I was very interested in him at various times in doing it. The timing just never matched up right. I would have the opening and the possibility of him being a part of it, but he was with somebody else. He would leave there, but then I didn’t have an opening any more, and it would reverse. We finally got to the place where he was available, and we had a need, so it worked out perfect.”

The deal was made quickly. “He’s a remarkable talent in general, but especially in the role that he’s in right now. He’s a great addition to NXT. He adds a lot of credibility, a lot of very cool points of view. But he’s also brings very much of a character base to it, and I really like that as well. Very smart guy. So I think he’s just scratching the surface on how good he can be. I look forward to him getting even better and realizing his full potential here.”

Bringing it full-circle, Levesque, for one, is hyped about NXT TakeOver 31. “I do believe that this card is incredible on paper. And when you see the in-ring product, I think it will over-deliver.”