Greenberg’s exploration of the indies is ‘too sweet’ 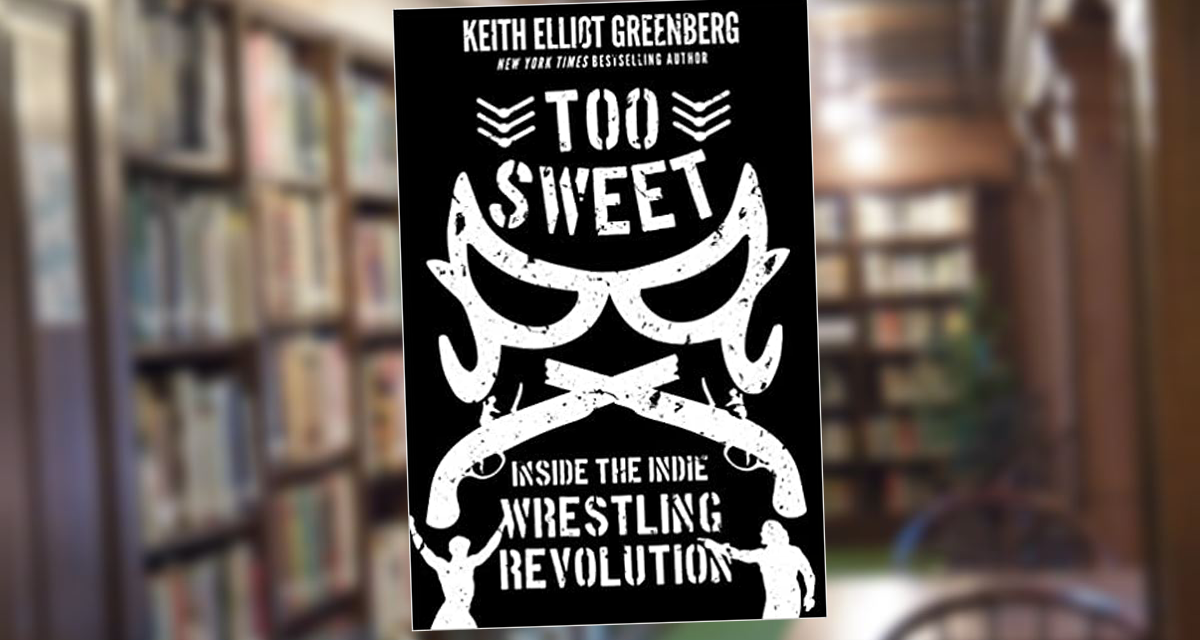 One could argue that there were two key catalysts to Keith Elliot Greenberg writing Too Sweet: Inside the Indie Wrestling Revolution, out now from ECW Press:

The first would be when pro wrestling journalist Dave Meltzer was asked, via Twitter in May of 2017, if Ring of Honor (ROH) could draw more than 10,000 fans to an event. Meltzer answered, “Not any time soon.” His response was met with a tweet from pro wrestler Cody Rhodes saying, “I’ll take that bet, Dave.”

Less than a year later at WrestleMania 34 in New Orleans, attendees Greenberg and ECW Press’ Executive Editor, Michael Holmes, both made an interesting observation during the festivities.

“We noted that we’d seen almost as many t-shirts for the Bullet Club – then the primary faction in New Japan and Ring of Honor – as those for John Cena, Roman Reigns and Braun Strowman,” wrote the 61-year-old Greenberg in his book’s second chapter. “Professional wrestling was experiencing a transformation, we agreed, and maybe it was time for an indie book.” 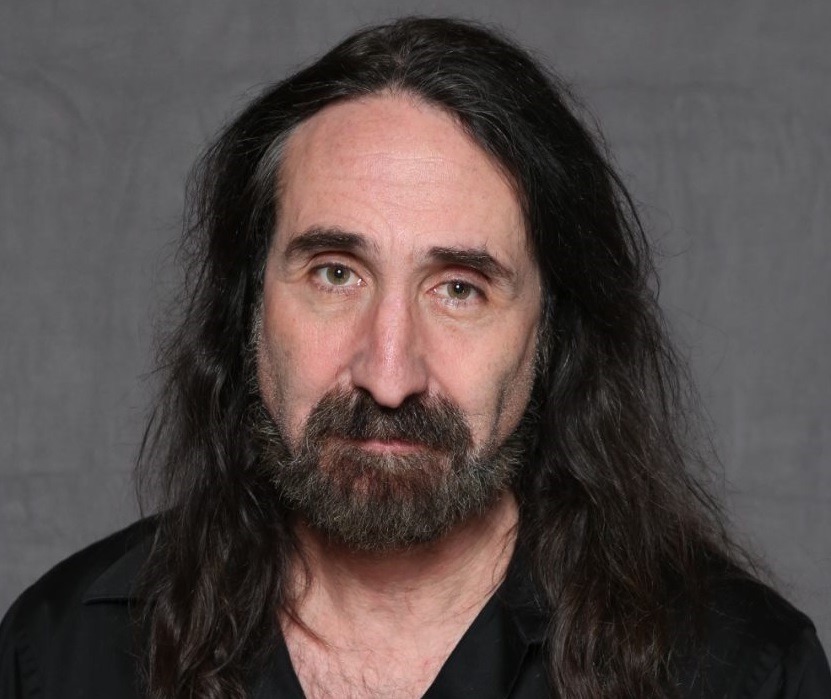 Rhodes would indeed take Meltzer’s bet and in September of 2018, over 11,000 wrestling fans would show up for the All In pay-per-view. A year later, All Elite Wrestling (AEW) would debut its programming on TNT. It was indeed an unprecedented time in pro wrestling, but a great time to focus on indie wrestling.

“This book was something emotionally I needed to write,” revealed Greenberg, who resides in Brooklyn, in a phone interview with SlamWrestling.net. “I really wanted to feel like I was part of the current wrestling business. And, you know, a lot of people associate me with WWE (World Wrestling Entertainment) of the 1980s and 1990s. (Greenberg was on retainer writing for WWE publications for 22 years). And that’s great that they have nostalgic memories of seeing my name in print. But you know, I still have a long career left. And I wanted to be perceived as current. And when I noticed that there was enthusiasm for leagues other than WWE, I decided to do this book on indie wrestling. And I kind of feel that, that ingrained me in the business again.”

Greenberg says he spent a year researching and writing Too Sweet and the result is the ultimate exploration of indie wrestling. And yes, according to Greenberg, the title is indeed a nod to the phrase first used by Kevin Nash and Scott Hall during their time in World Championship Wrestling (WCW) which was then “co-opted by the members of Bullet Club.”

“It’s implied something that was just too good to be imagined,” Greenberg noted further. “And to people who are indie fans, the indies have been ‘too sweet’ and to a larger extent, even during a pandemic, continue to be so.”

While the book can be heavy at times on the creation of AEW (which Greenberg described as “the climax in many ways of the indie wrestling revolution up until this point”) and the many versions of Bullet Club, Greenberg passionately provides insights on a multitude of indie wrestling promotions, and not just the American ones, but the international ones as well. The indie promotions of the past and present covered in the book include: Extreme Championship Wrestling (ECW), Combat Zone Wrestling (CZW), CHIKARA, Game Changer Wrestling (GCW), Universal Wrestling Federation (UWF), International Wrestling Syndicate (IWS), Pro Wrestling Guerrilla (PWG), ROH, New Japan Pro Wrestling (NJPW), PROGRESS, Pro Wrestling: EVE, and more.

Readers, if you have a favorite/familiar indie promotion, it is likely featured in this book. “I tried to include both large promotions and small promotions,” Greenberg explained about his writing process. “I tried to cast as wide of a net as possible. I knew I wasn’t going to get to everybody. And as I say in the book, I apologize to both the performers and the promotions I’ve missed. But what I wanted to do was take a snapshot of what was happening in the wrestling universe now. And I hope I was successful in doing that.”  This reader, for one, enjoyed seeing the inclusion of the Ottawa, Ontario-based Capital City Championship Combat (C*4) promotion. As a Canadian currently living in the United States, it was a welcome glimpse of home. A small criticism: this reader would have appreciated some sort of index keeping track of all the indie promotions.

Along with enlightening readers on some international indie promotions, Greenberg shows an obvious commitment to making his book a comprehensive history and guide by dedicating space to unexpected subjects such as the successful, print-on-demand company, Pro Wrestling Tees, which Greenberg points out “was working with 1,200 different wrestlers and 300 different promotions” by 2018 and pro wrestler, Chris Jericho’s, foray into combining pro wresting with a sea cruise, via his Rock ‘N’ Wrestling Rager at Sea event. It’s the inclusion of these bonus details that set Greenberg apart from his peers.

“I want readers to feel that they viewed a moment in history,” reflected Greenberg. “And I want readers to feel the same enthusiasm I felt while I was covering this story. I hope to kindle the passion of readers because professional wrestling is so dependent on the fans. And whether they’re live fans or whether they’re virtual fans, the fans influence the product. And I hope I drove fans in that direction to have a positive influence on the product that we all love.”

It must be pointed out that Greenberg does not make mention of this year’s #SpeakingOut movement, which saw people coming forward with allegations of abuse and harassment against pro wrestlers and pro wrestling figures, in the book. The movement hit the indies hard, and some of the people facing allegations are featured prominently in the book.

“I wrote this book as a smart book for smart wrestling fans,” offered Greenberg. “And as a result, the reaction to the book is something that I take to heart. And there were some people who were disturbed that we included some of these names (people facing #SpeakingOut allegations) in the book. The truth was that the book was written by the time #SpeakingOut occurred. There could have been some photos removed at the 11th hour. I argued not to remove those photos because I believe that all of these people played a role in the history of indie wrestling. And to just excise them from the narrative is to betray history.”

He continued, “It’s not unlike that it you wrote the story of professional wrestling in the ‘90s, the early 2000s and just removed any mention of Chris Benoit (who murdered his wife and son and then committed suicide in 2007). You would be doing history a disservice.”

Greenberg added that he “in no way sanctions any of the alleged behavior” brought forward in the movement and that he plans to cover #SpeakingOut in a sequel to Too Sweet.

“I always planned to write a sequel,” stated Greenberg, who does not yet have a release date for the second book. “I thought the sequel would examine 2020 as the best year in a generation to be a wrestling fan. Then the pandemic came. And then #SpeakingOut came. And then WWE furloughed and released a lot of talent and some of them have landed elsewhere. And the cinematic match became a genre in professional wrestling. And we’ve seen the unveiling of the Thunderdome. A lot is happening this year! And this era is still unfolding. We’re still a long way from this story being over.”

He added, “I’m also using real-life occurrences as a backdrop because even though pro wrestling is escapism, the real world is now woven into pro wrestling. If you’re having empty arena matches in a Thunderdome, that means real world events are impacting wrestling. And we have an American presidential election occurring. We have Brexit happening in the U.K. We’ve had the prime minister’s wife in Canada test positive (for COVID-19) and we’ve had Boris Johnson (the U.K. prime minister) test positive. You can’t even go and watch wrestling without considering all these other factors that are always there bubbling in the background.”

And while he has been a professional writer since the age of 19, Greenberg surprisingly admitted he’s not someone who “likes advocating for change in pro wrestling.” He still considers himself to be first and foremost a pro wrestling fan.

“I remember once having a conversation with a pro wrestler who was pretty prominent,” recalled Greenberg. “And he was saying to me, ‘You know, you never take a stand on anything. You’re not like Dave Meltzer. He takes a stand on everything!’ And I said, ‘Not only is Dave Meltzer a historian, but he’s also an analyst. And he’s not afraid to editorialize. I don’t feel qualified to editorialize. I know what I like. But it’s not my responsibility to evangelize to the wrestling community, to give me more of what appeals to my own sensibility. I’m an observer and as much as possible, I try to be a journalist. So, I’m just watching, observing and chronicling. I’m not asking for anything other than to be surprised.’”

Along with working on the sequel to Too Sweet and working as a television producer (his resume includes stints at Geraldo at Large, Fox News and America’s Most Wanted. Greenberg is currently working as a producer with NBC). Greenberg is also one of the contributors to the new monthly pro wrestling magazine, Inside the Ropes Wrestling Magazine, which launched on September 17, 2020. At the time of our interview, he says he’s already written his first two columns for the magazine. Having previously worked on the autobiographies of Ric Flair, Superstar Billy Graham, “Classy” Freddie Blassie and an unreleased one on The Iron Sheik, Greenberg also doesn’t rule out another venture in the genre.  But if readers are not already aware, it must be noted that Greenberg doesn’t just write about pro wrestling. His books vastly range in topics from the pop group Menudo to true crime to children’s books to John Lennon and James Dean. Greenberg insists he’s far from hanging up his pen and that there’s still plenty of prose for him to write.

“I’m a storyteller,” he said simply. “And I’m always looking for other stories. Fortunately, people still have the desire to read the stories that I write.”